Thought's From the Heart 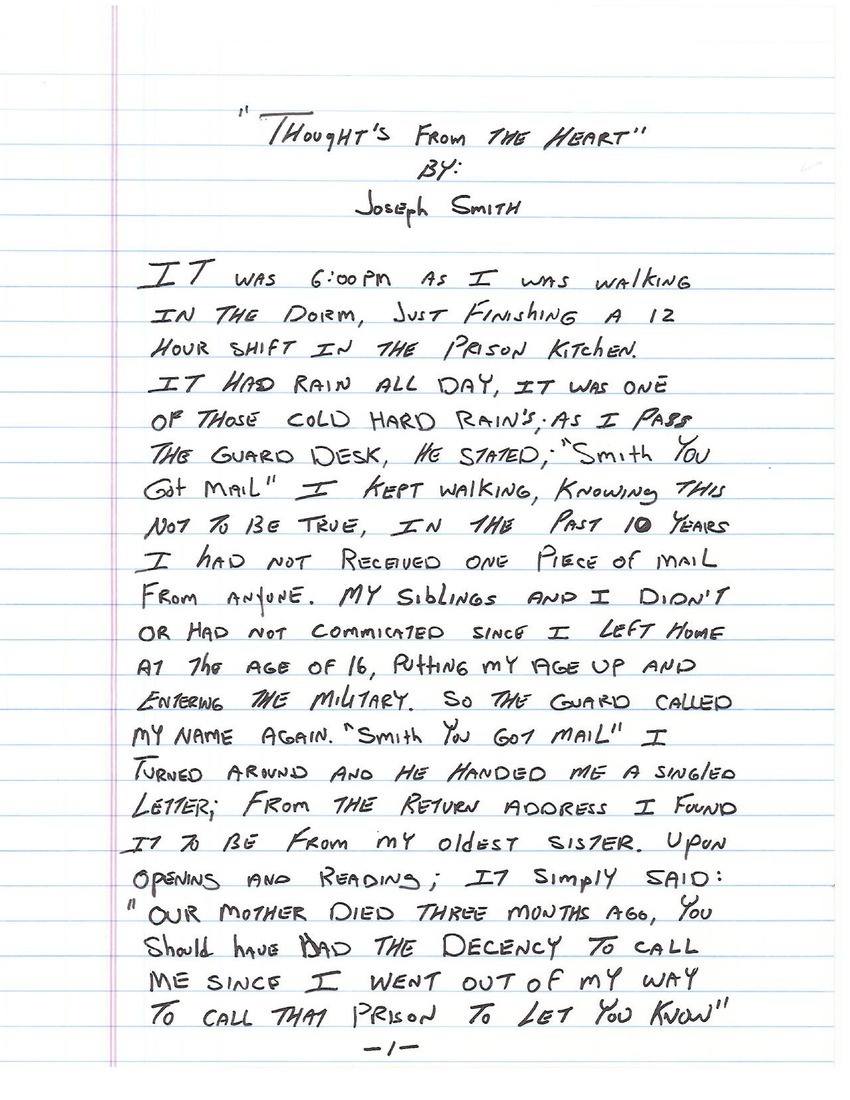 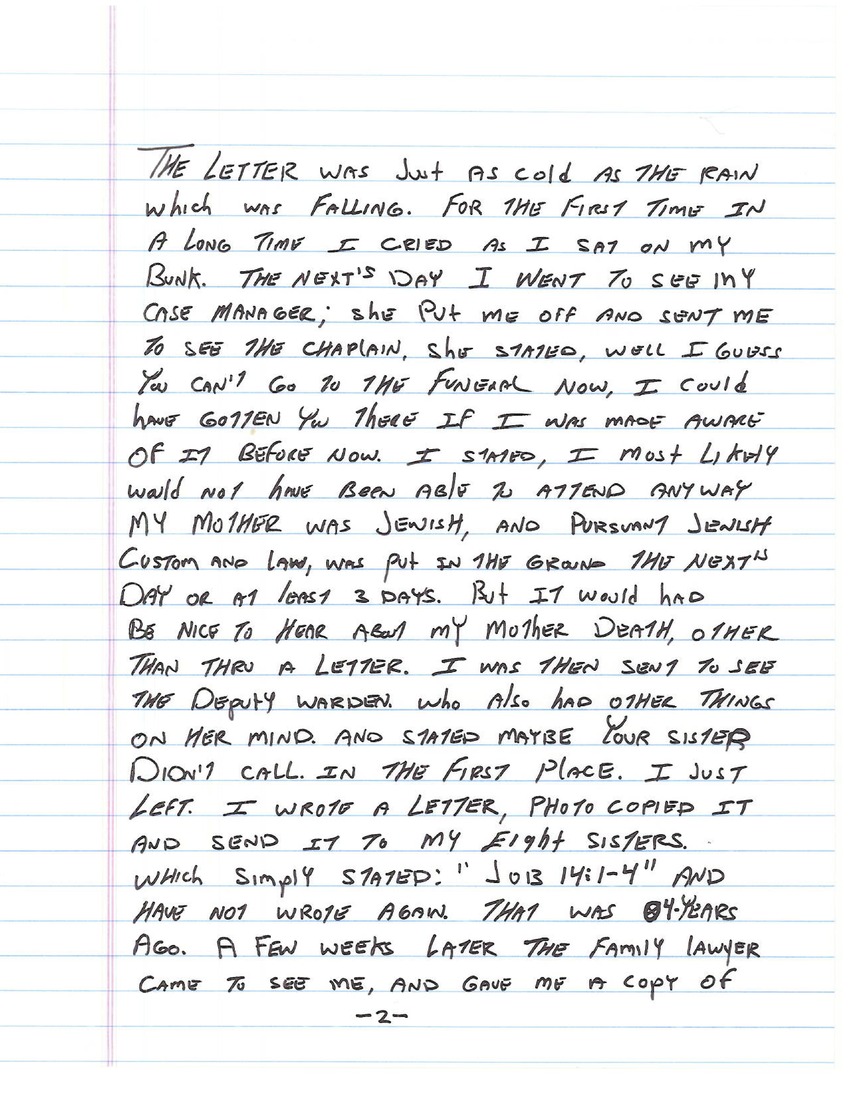 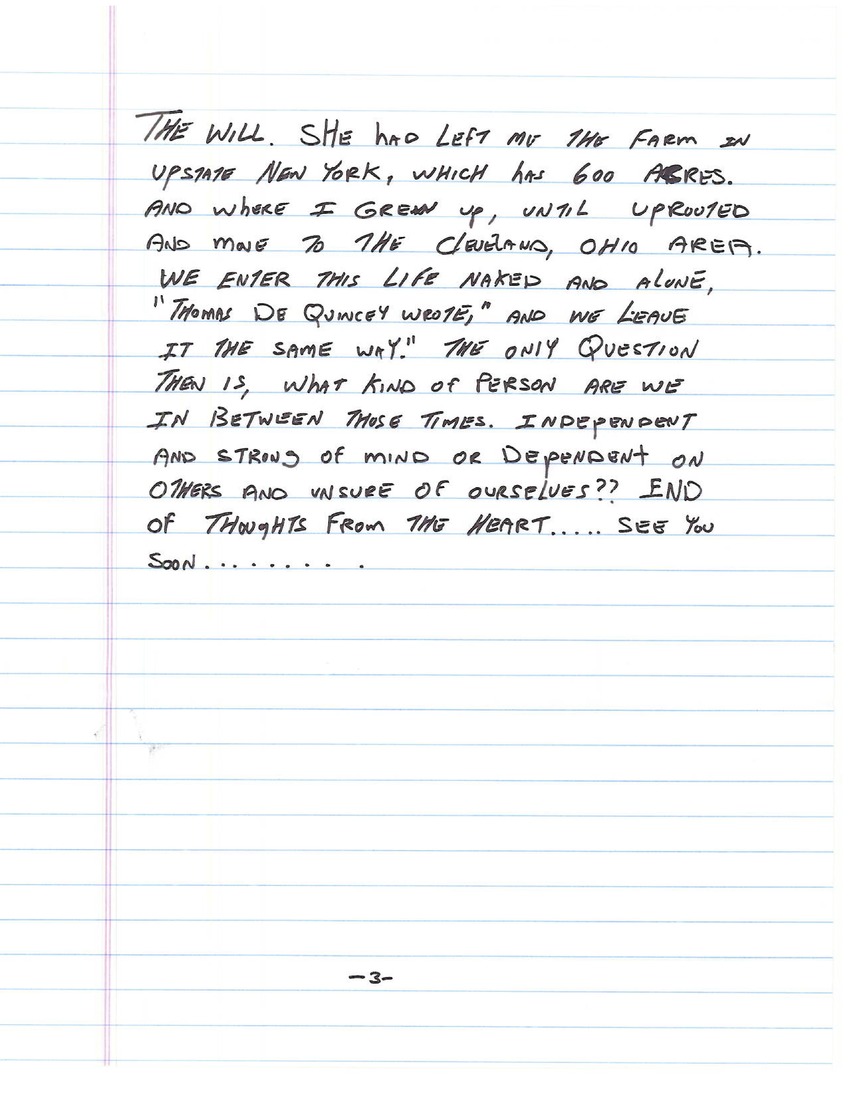 Thoughts From the Heart
By
Joseph Smith

It was 6:00 Pm as I was walking in the form, just finishing an 12 hour shift in the prison kitchen. It had rained all day. It was one of those cold hard rains. As I passed by the guard desk, he stated, "Smith, you got mail." I kept walking, knowing this to not be true. In the past ten years, I had not received one piece of mail from anyone. My siblings and I didn't or had not communicated since I left home when I was 16, putting my age up and entering the military.

So the guard called my name again. "Smith, you got mail."

I turned around, and he handed me a single letter. From the return address, I found it to be from my oldest sister. Upon opening and reading it, it simply said: "Our mother died three months ago. You should have had the decency to call me since I went out of my way to call that prison to let you know." The letter was just as cold as the rain that was falling. For the first time in a long time, I cried as I sat on my bunk.

The next day, I went to see my case manager. She put me off and sent me to see the chaplain. She stated, "Well, I guess you can't go to the funeral now. I could have gotten you there if I was more aware of it before now." I stated, "I most likely would not have been able to attend anyway. My mother was Jewish and, pursuant Jewish custom and law, was put in the ground the next day or at least three days. But it would have been nice to hear about my mother's death other than through a letter."

I was then sent to see the Deputy Warden who also had other things on her mind and stated, "Maybe your sister didn't call in the first place." I just left.

I wrote a letter, photocopied it, and sent it to my eight sisters which simply stated: "Job 14:1-4" and have not wrote again. That was four years ago. A few weeks later, the family lawyer came to see me and gave me a copy of the will. She had left me the farm in upstate New York, which has 600 acres and where I grew up, until uprooted, and mine to the Cleveland, Ohio area.

"We enter this life naked and alone," Thomas Quincey wrote, "and we leave in the same way." The only question then is what kind of person are we in between these times? Independent and strong of mind or dependent on others and unsure of ourselves?

End of thoughts from the heart. See you soon...