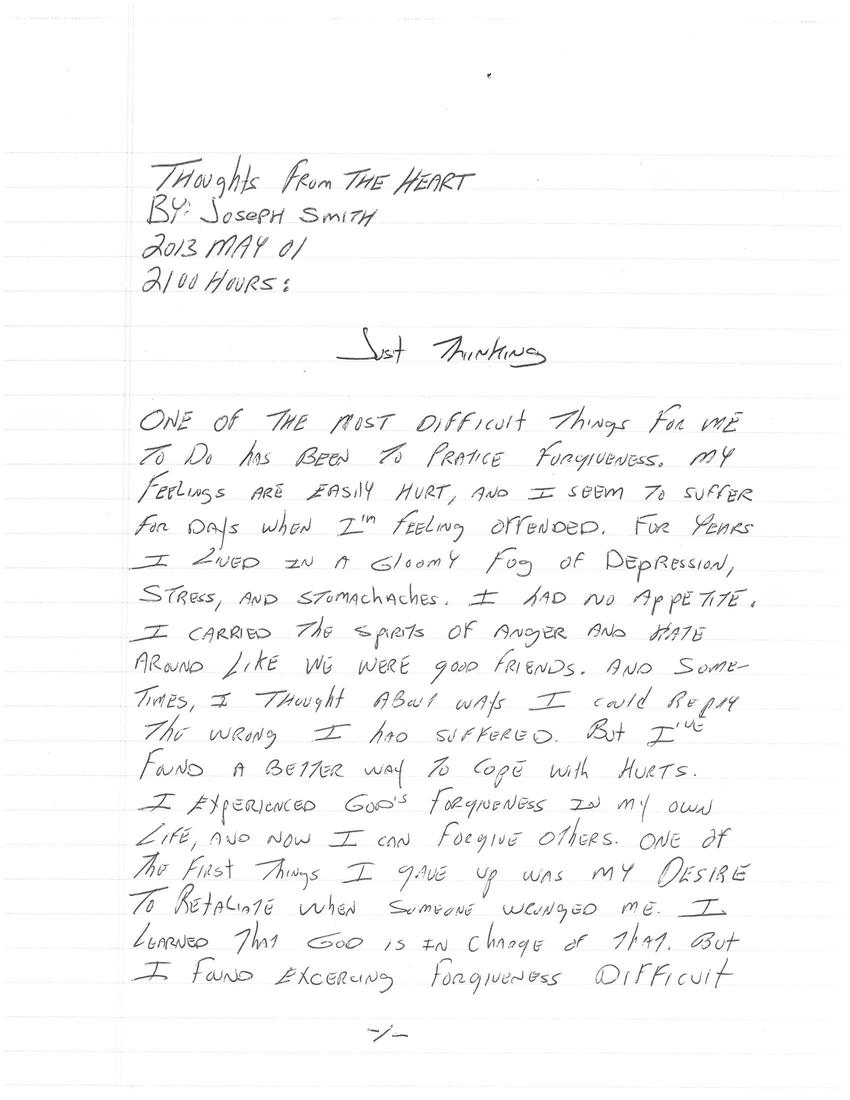 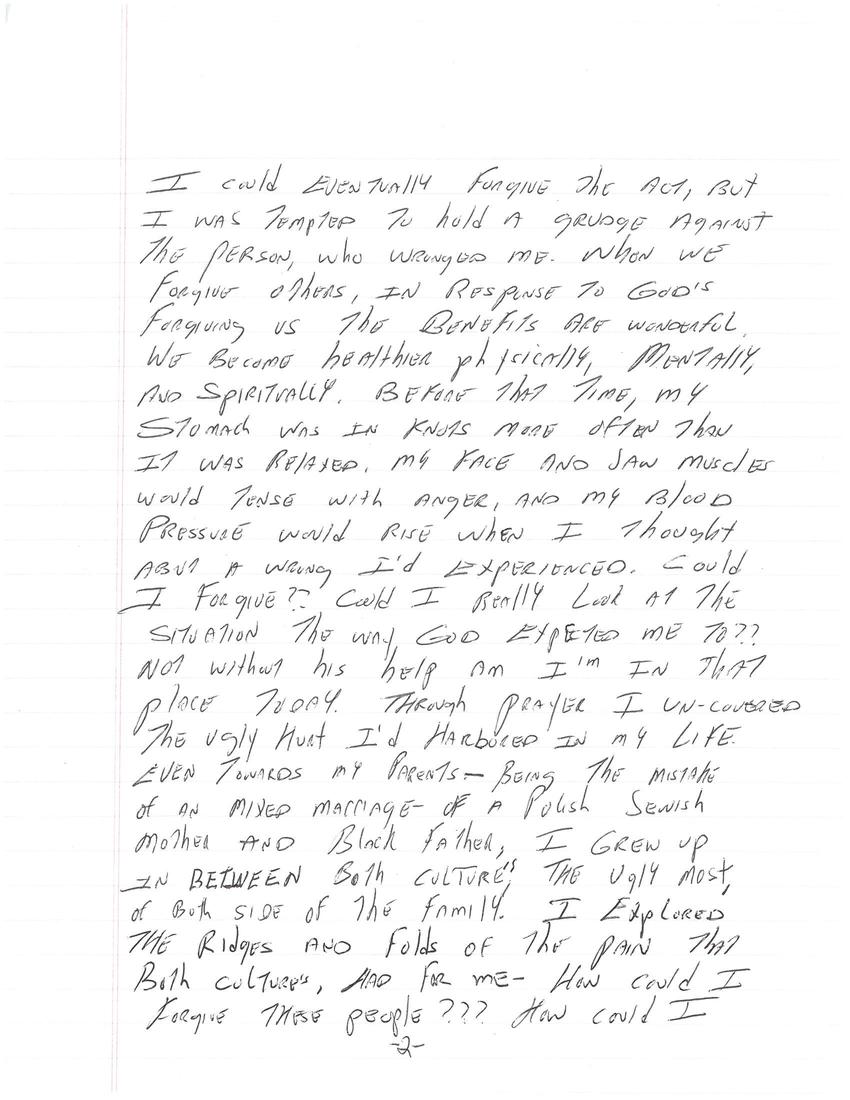 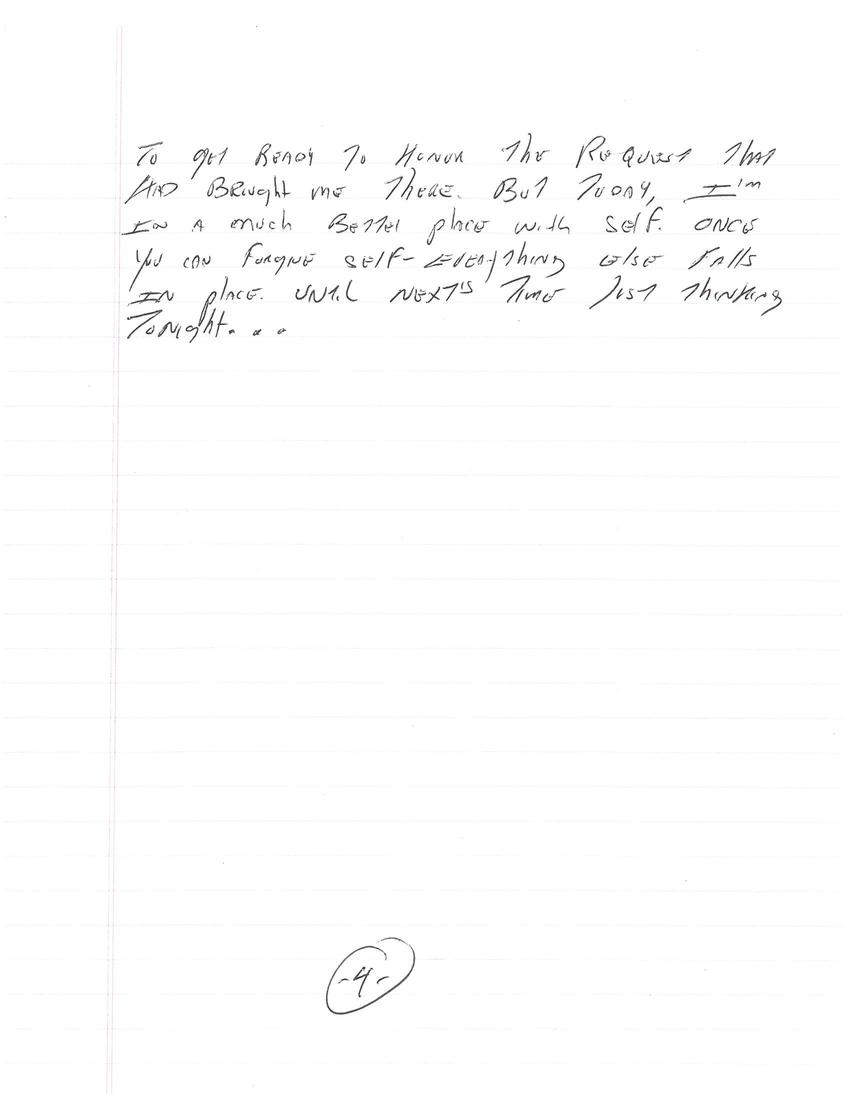 One of the most difficult things for me to do has been to practice forgiveness. My feelings are easily hurt, and I seem to suffer for days when I'm feeling offended. For years I lived in a gloomy fog of depression, stress, and stomach aches. I had no appetite. I carried the spirits of anger and hate around like we were good friends. And sometimes, I thought about ways I could repay the wrong I had suffered. But I've found a better way to cope with hurts. I experienced God's forgiveness in my own life, and now I can forgive others. One of the first things I gave up was my desire to retaliate when someone wronged me. I learned that God is in charge of that. But I found exercising forgiveness difficult.

I could eventually forgive the act, but I was tempted to hold a grudge against the person, who wronged me. When we forgive others, in response to God's forgiving us, the benefits are wonderful. We become healthier physically, mentally, and spiritually. Before that time, my stomach was in knots more often than it was relaxed. My face and jaw muscles would tense with anger, and my blood pressure would rise when I thought about a wrong I'd experienced. Could I forgive?? Could I really look at the situation the way God expected me to?? Not without his help am I'm in that place today. Through prayer I uncovered the ugly hurt I'd harbored in my life. Even towards my parents - being the mistake of a mixed marriage - of a Polish Jewish mother and black father, I grew up in between both cultures, the ugly most, of both sides of the family. I explored the ridges and folds of the pain that both cultures, had for me - how could I forgive these people??? How could I [page missing]

to get ready to honor the request that had brought me there. But today, I'm in a much better place with self. Once you can forgive self - everything else falls in place. Until next time, just thinking tonight...