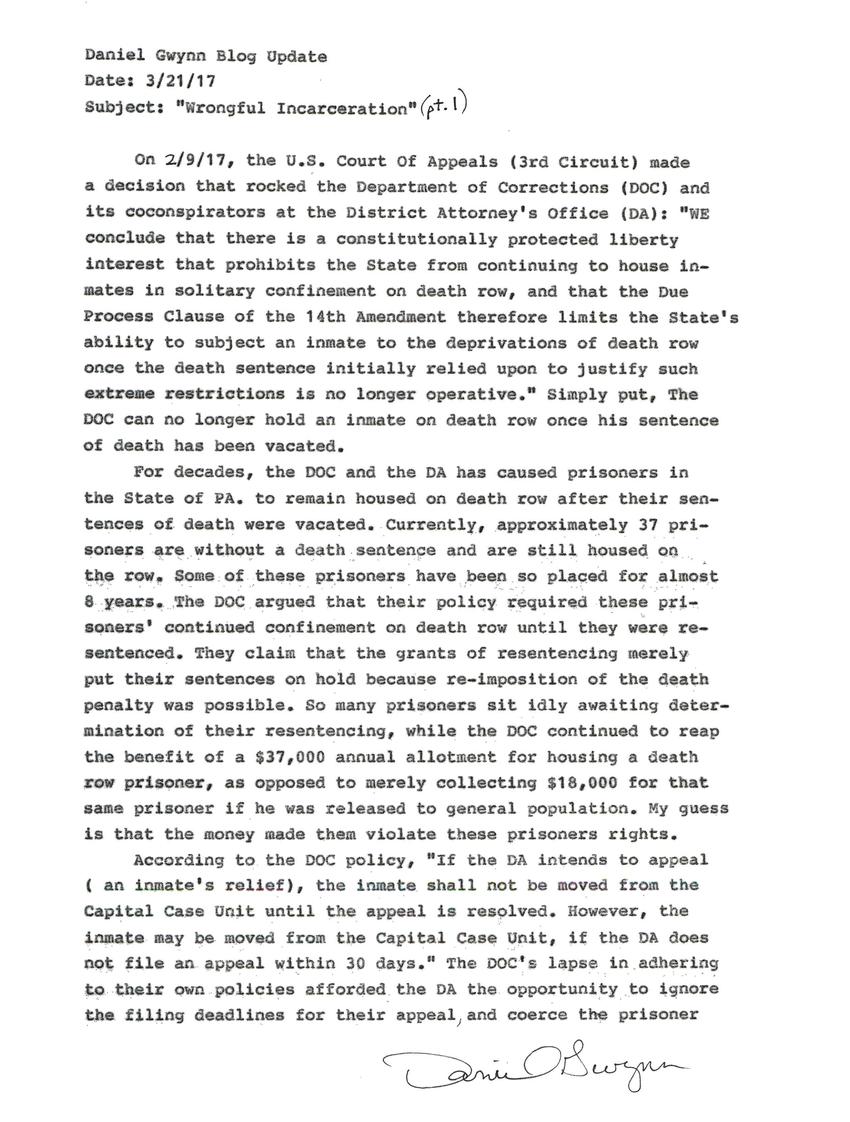 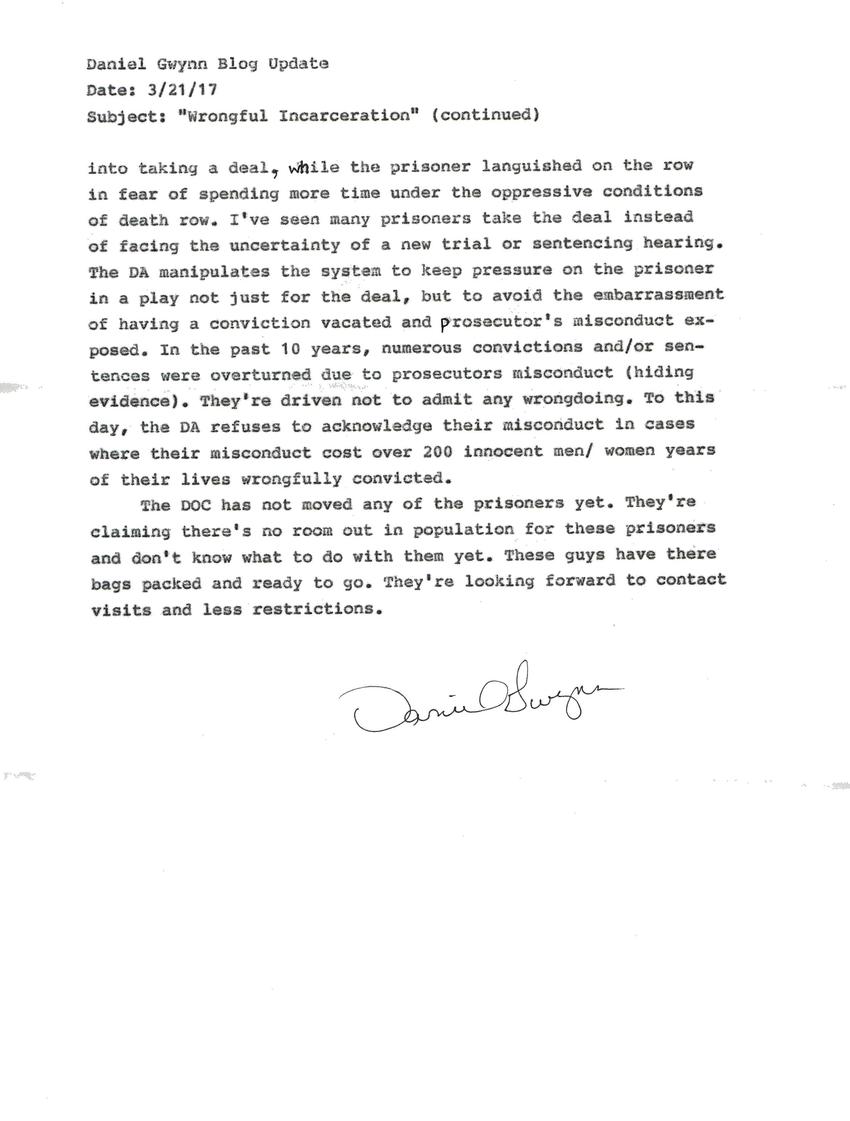 On 2/9/17, the U.S. Court of Appeals (3rd circuit) made a decision that rocked the Department of Corrections (DOC) and its conspirators at the District Attorney's Office (DA): "We conclude that there is a constitutionally protected liberty interest that prohibits the state from continuing to house inmates in solitary confinement on death row, and that the Due Process clause of the 14th Amendment therefore limits the state's ability to subject an inmate to the deprivations of death row once the death sentence initially relied upon to justify such extreme restrictions is no longer operative." Simply put: the DOC can no longer hold an inmate on death row once his sentence of death has been vacated.

For decades, the DOC and the DA has caused prisoners in the state of Pennsylvania to remain housed on death row after their sentences of death were vacated. Currently, approximately 37 prisoners are without a death sentence and are still housed on the row. Some of these prisoners have been so placed for almost 8 years. The DOC argued that their policy required these prisoners' continued confinement on death row until they were re-sentenced. They claim that the grants of re-sentencing merely put their sentence on hold because re-imposition of the death penalty was possible. So many prisoners sit idly awaiting determination of their re-sentencing, while the DOC continued to reap the benefit of a $37,000 annual allotment for housing a death row prisoner, as opposed to merely collecting $18,000 for that same prisoner if he was released to the general population. My guess is that the money made them violate these prisoners' rights.

According to the DOC policy, "If the DA intends to appeal (an inmate's relief), the inmate shall not be moved from the Capital Case Unit until the appeal is resolved. However, the inmate may be moved from the Capital Case Unit if the DA does not file an appeal within 30 days." The DOC's lapse in adhering to their own policies afforded the DA the opportunity to ignore the filing deadlines for their appeal, and coerce the prisoner into taking a deal, while the prisoner languished on the row in fear of spending more time under the oppressive conditions of death row.

I've seen many prisoners take the deal instead of facing the uncertainty of a new trial or sentencing hearing. The DA manipulates the system to keep pressure on the prison in a play not just for the deal, but to avoid the embarrassment of having a conviction vacated and prosecutor's misconduct exposed. In the past 10 years, numerous convictions and/or sentences were overturned due to prosecutors' misconduct in cases where their misconduct cost over 200 innocent men/women years of their lives wrongfully convicted.

The DOC has not moved any of the prisoners yet. They're claiming there's no room out in population for these prisoners and don't know what to do with them yet. These guys have their bags packed and ready to go. They're looking forward to contact visits and less restrictions.