The Truth Behind the Russia Investigation 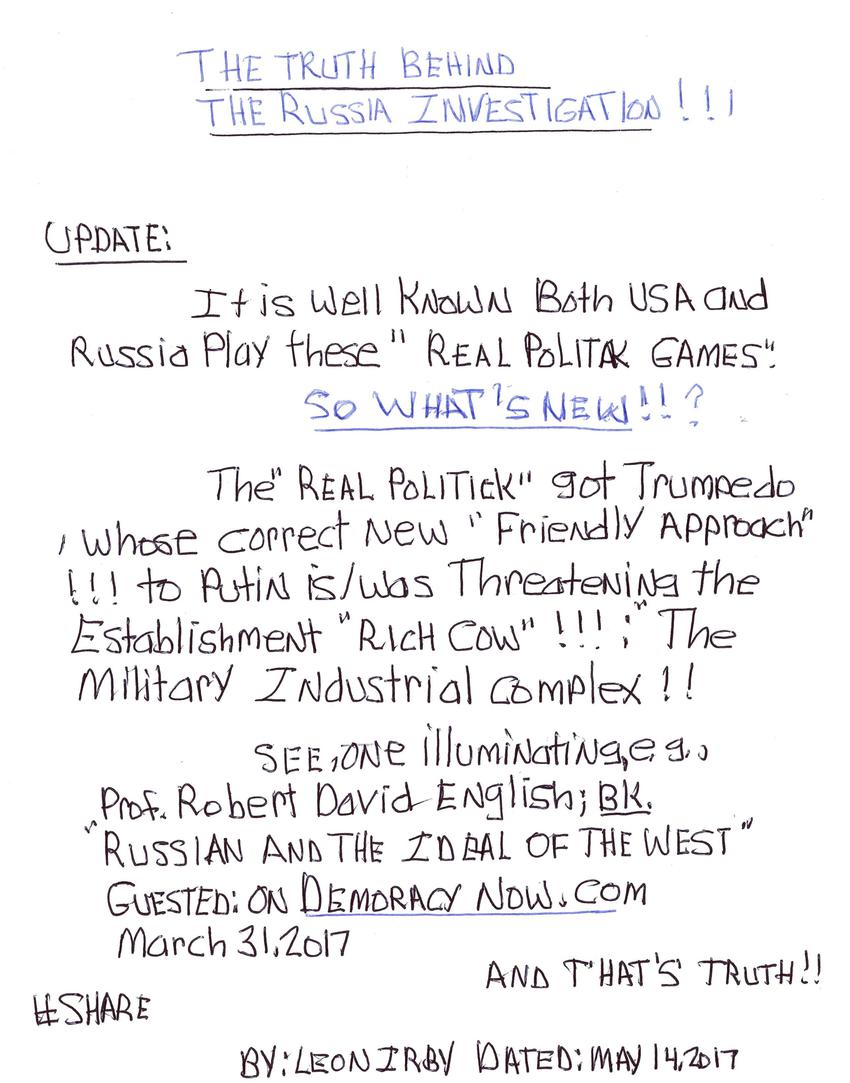 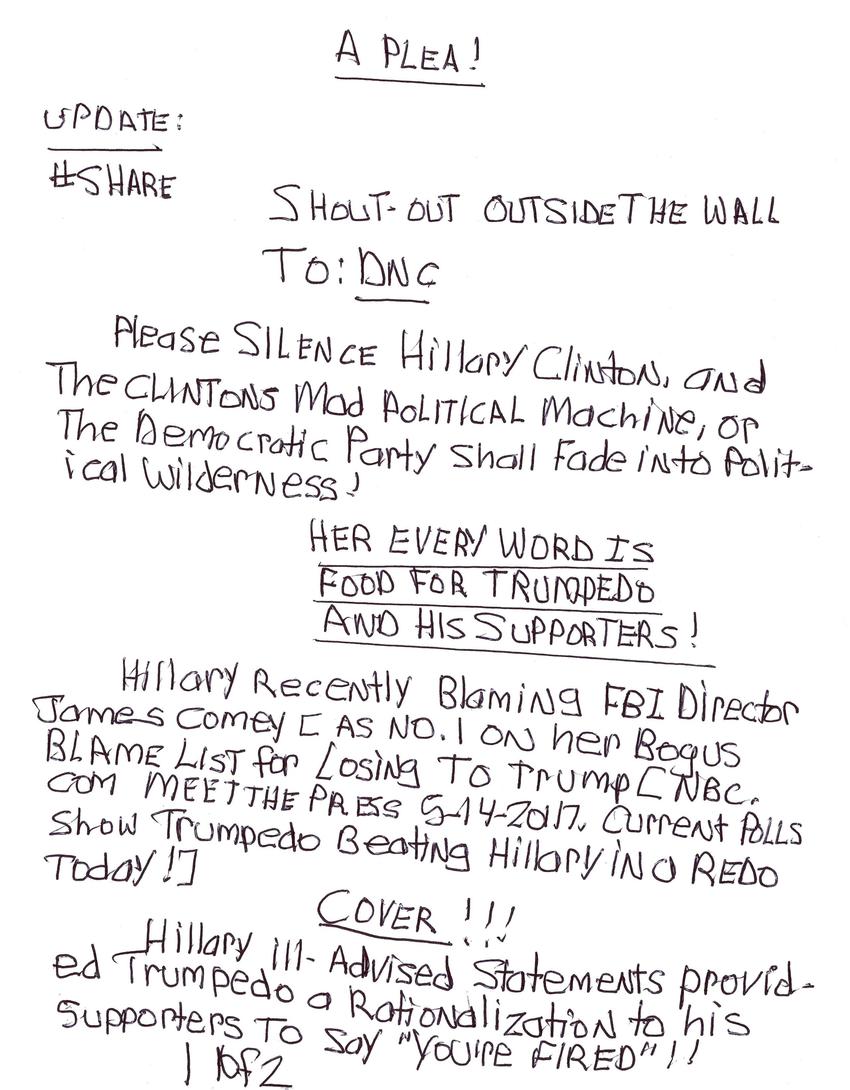 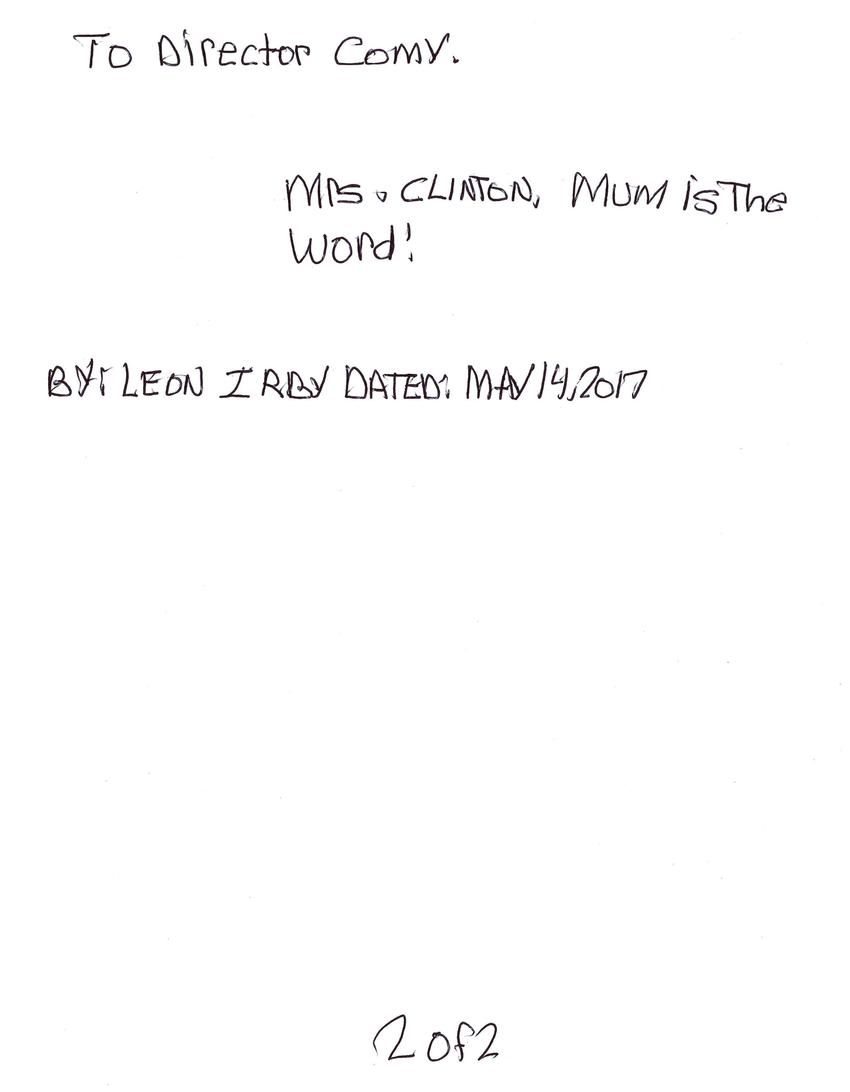 THE TRUTH BEHIND THE RUSSIA INVESTIGATION!!!
UPDATE:
It is well known both USA and Russia play these "real politak games."
So what's new!!?
The "Real Politick" got Trumpedo, whose correct new "friendly approach"!!! to Putin is/was Threatening the Establishment "rich cow"!!!;
The military industrial complex!!
See, one illuminating, e.g.
Prof Robert David English; BK. "Russia and the ideal of the west"
Guested on Democracynow.com
March 31, 2017

Shout-out outside the wall
To: DNC

Please silence Hillary Clinton, and the Clintons Mod Political Machine, or the Democratic Party shall fade into political wilderness!

Her every word is food for trumpedo and his supporters!

Cover!!!
Hillary Ill-Advised statements provided trumpedo a Rationalization to his Supported to Say "You're Fired"!!

Mrs. Clinton, Mum is the Word!