Reese The Fleece Back From Plymouth / Pilgrims Applaud 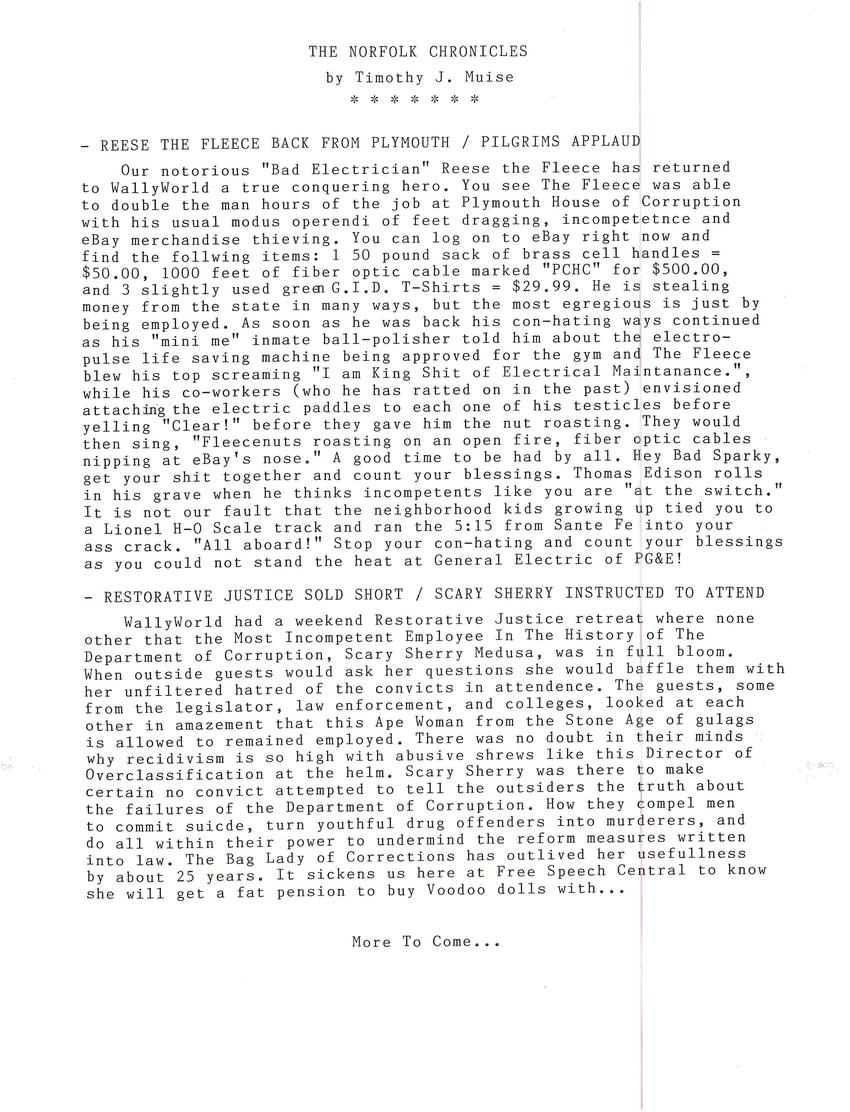 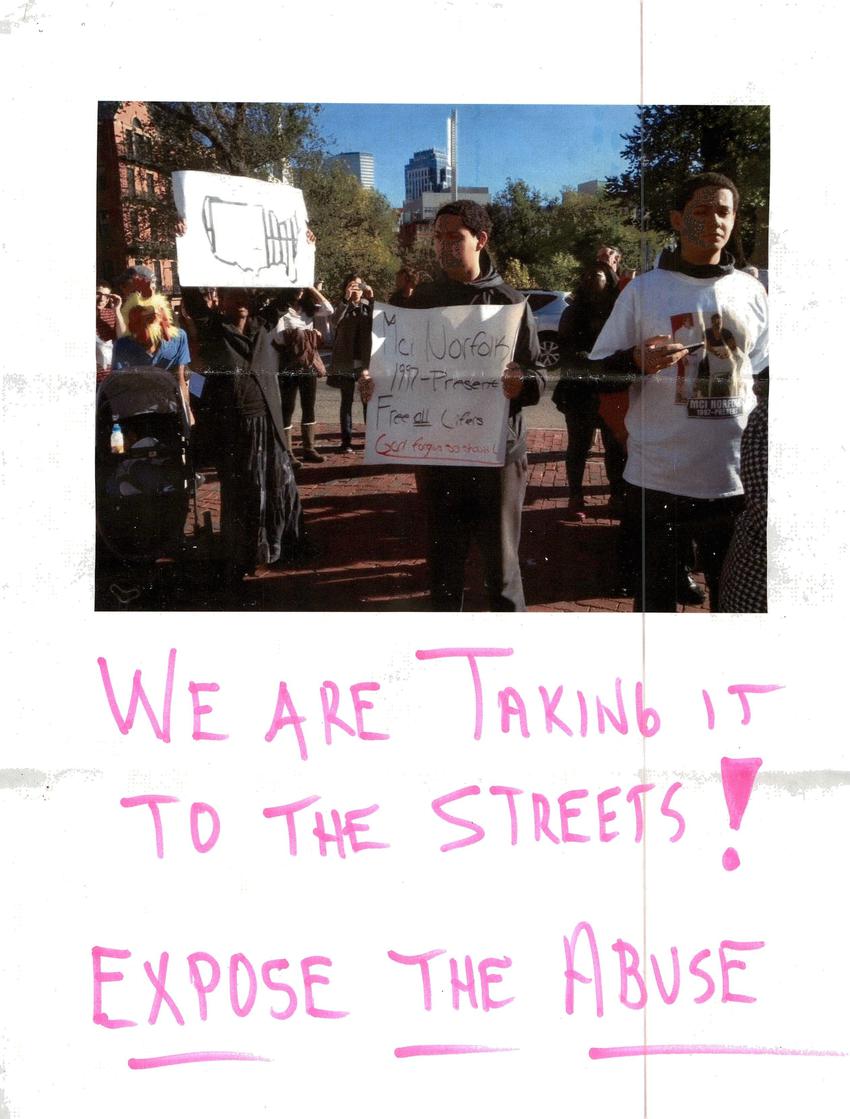 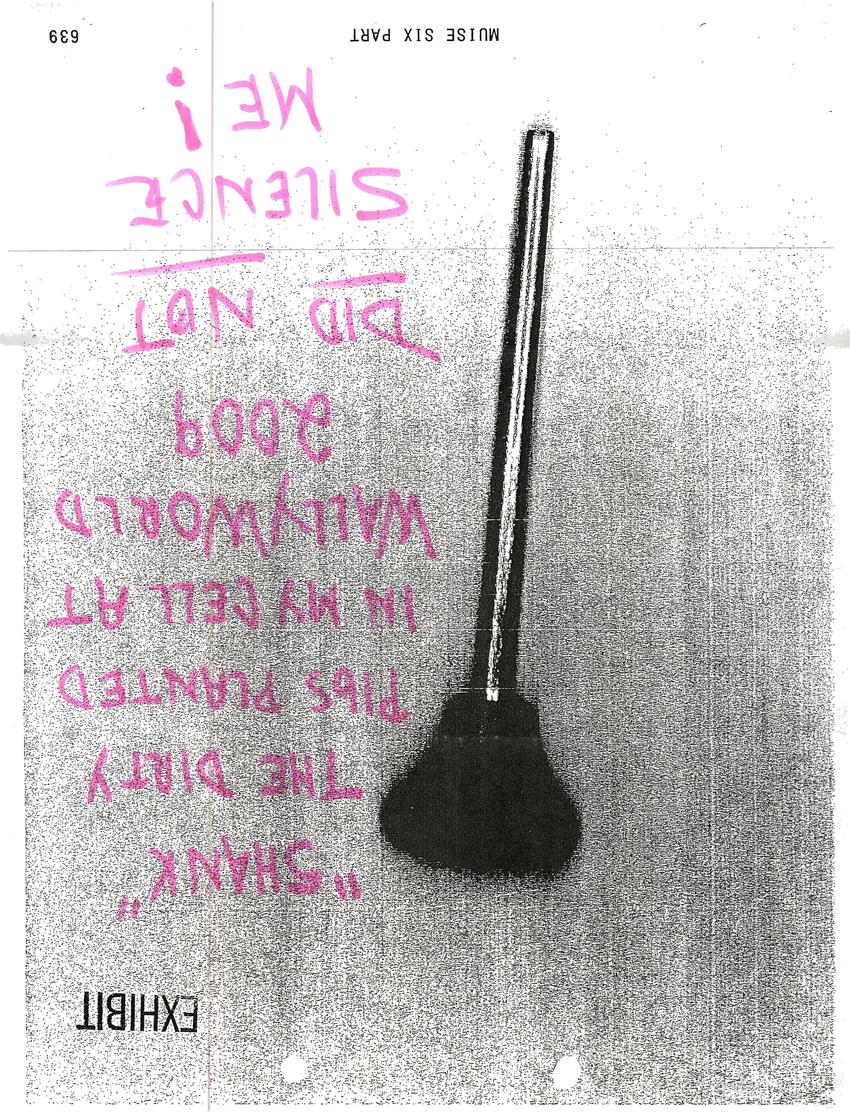 -REESE THE FLEECE BACK FROM PLYMOUTH/ PILGRIMS APPLAUD

Our notorious " Bad Electrician Reese the Fleece has returned to wally world a true conquering hero. You can see The Fleece was able to double the man hours of the job at Plymouth Plymouth House of Corruption with his usual modus operand of feet dragging, incompetence and eBay merchandise thieving. You can log on to eBay right not and find the following items: 1 500.000, 1000 feet of fiber optic cable marked "PCHC" for 500.00, and 3 slightly used green G.I.D. T-shirts =29.99. He is steeling money from the state in many ways, but the most egregious in just by being employed. As soon as he was back his con-hating ways continued as his " mini me" inmate ball-polisher told him about the electro pulse life saving machine shine being approved for the gym and The Fleece blew his top screaming " I am King Shit of Electrical Maintenance." , while his co-workers (who he had ratted on in the past) envisioned attaching the eclectic paddles to each one of his testicles before yelling " Clear!" before they gave him the nut roasting. They would then sing, "Fleece nuts roasting on an open fire, fiber optic cables nipping at eBay's nose." A good time to be had by all. Hey Bad Sparky, get your shit together and count your blessings. Tomas Edison rolls in his grave when he thinks incompetent's like you are "at the switch." It is not our fault that the neighborhood kids growing up tired you to a Lionel H-o Scale track and ran the 5:15 from Santa Fe into your ass rack. " All aboard!" Stop you con-hating and count your blessings as you could not stand the heart at General Electric of PG&E!

Wally world had a weekend Restorative Justice retreat where none other that the Most Incompetent Employee In The History of The Department of Corruption, Scary Sherry Medusa, was in full bloom. When outside guests would ask her questions she would baffle them with her unfiltered hatred of the convicts in attendance. The guests, some from the legislator, law enforcement, and colleges, looked at each other in amazement that this Ape Woman from the Stone Age of gulags is allowed to remained employed. There was no doubt in their minds why recidivism is so high with abusive shrews like this Director of Over classification at the helm. Scary Sherry was there to make certain no convict attempted to tell the outsider the truth about certain no convict attempted to tell the outsider the truth about the failures of the Department of Corruption. How they compel men to commit suicide, turn youthful drug offenders into murderers, and do all within their power to undermine the reform measures written into law. The Bag lady of Corrections has outlived her usefulness by about 25 years. It sickens us here at Free Speech Central to know she will get a fat pension to buy Voodoo dolls with....

The "Fleece" is everything that is wrong with the prison system. An asshole who steals the taxpayer dollars and has a hair across his ass because he has to do a days work. Muise is right about his "CON HATING" BEING SELF-HATRED.