Living Without The Feminine Touch 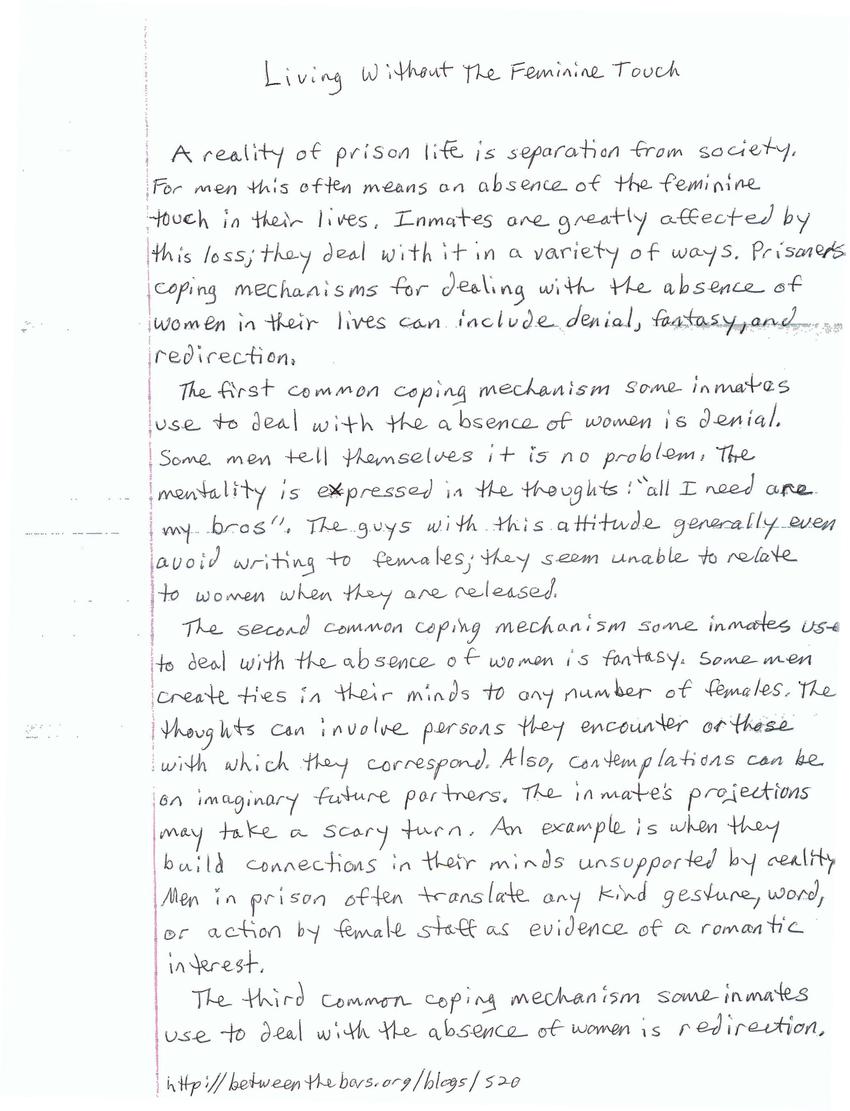 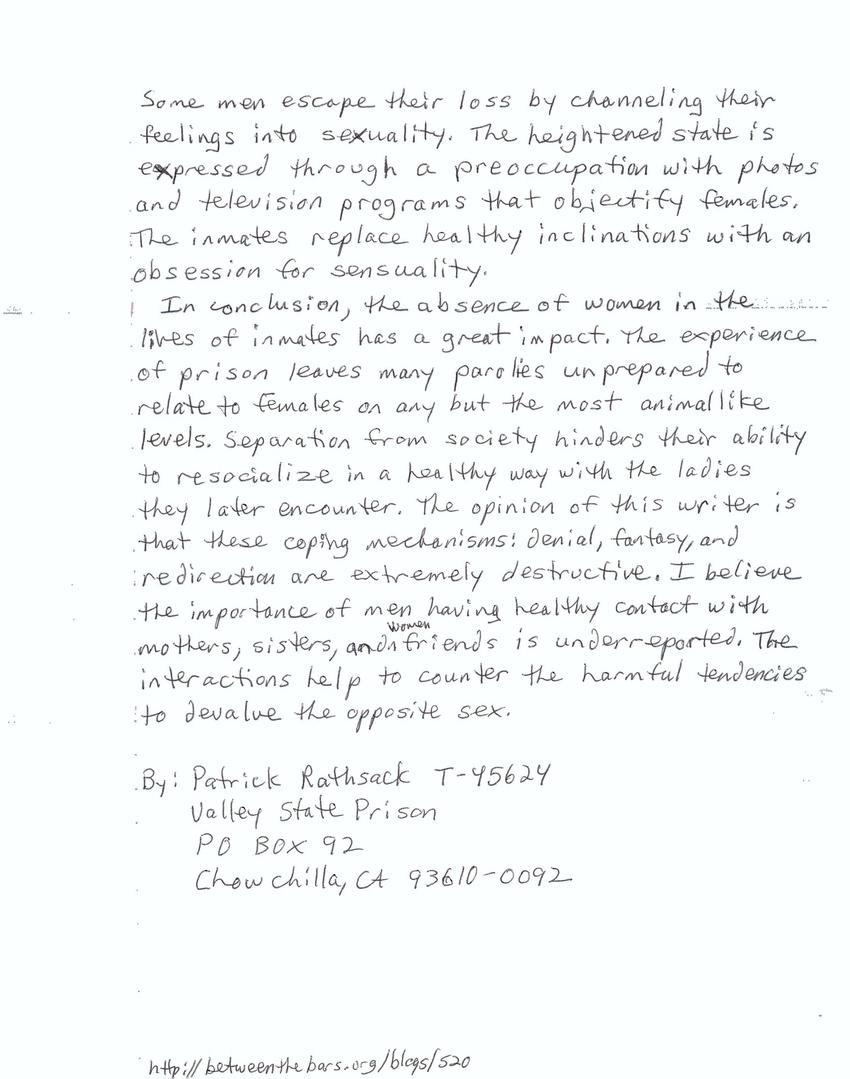 Living Without the Feminine Touch

A reality of prison life is separation from society. For men this often means an absence of the feminine touch in their lives. Inmates are greatly affected by this loss; they deal with it in a variety of ways. Prisoner's coping mechanisms for dealing with the absence of women in their lives can include denial, fantasy, and redirection.

The first common coping mechanism some inmates use to deal with the absence of women is denial. Some men tell themselves it is no problem. The mentality is expressed in the thoughts: "all I need are my bros". The guys with this attitude generally even avoid writing to females; they seem unable to relate to women when they are released.

The second common coping mechanism some inmates use to deal with the absence of women is fantasy. Some men create ties in their minds to any number of females. The thoughts can involve persons they encounter or those with which they correspond. Also, contemplations can be on imaginary future partners. The inmate's projections may take a scary turn. An example is when they build connections in their minds unsupported by reality. Men in prison often translate any kind gesture, word or action by female staff as evidence of a romantic interest.

The third common coping mechanism some inmates use to deal with the absence of women is redirection.

Some men escape their loss by channeling their feelings into sexuality. The heightened state is expressed through a preoccupation with photos and television programs that objectify females. The inmates replace healthy inclinations with an obsession for sensuality.

In conclusion, the absence of women in the lives of inmates has a great impact. The experience of prison leaves many parodies unprepared to relate to females on any but the most animal like levels. Separation from society hinders their ability to re socialize in a healthy way with the ladies they later encounter. The opinion of this writer is that these coping mechanisms; denial, fantasy, and redirection are extremely destructive. I believe the importance of men having healthy contact with mothers, sisters and women friends is underreported. The interactions help to counter the harmful tendencies to devalue the opposite sex.