A First Step To Going A Foothold On Health 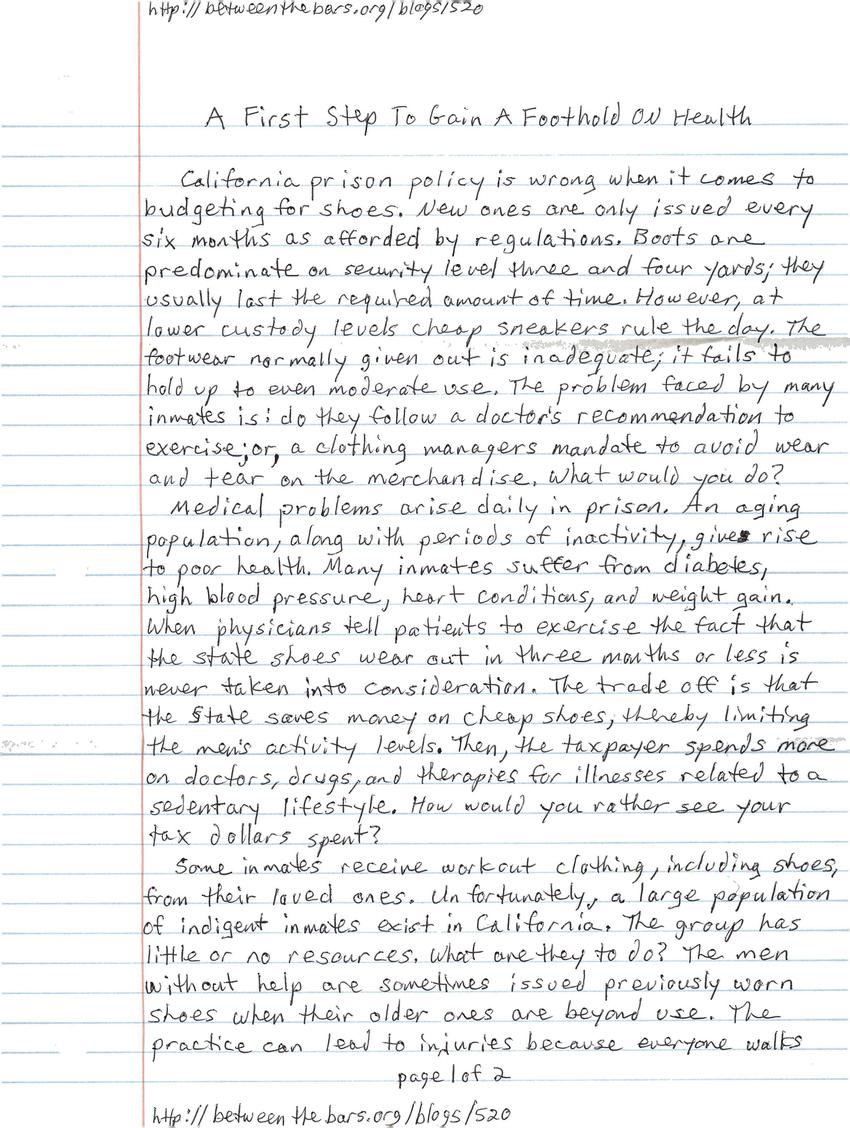 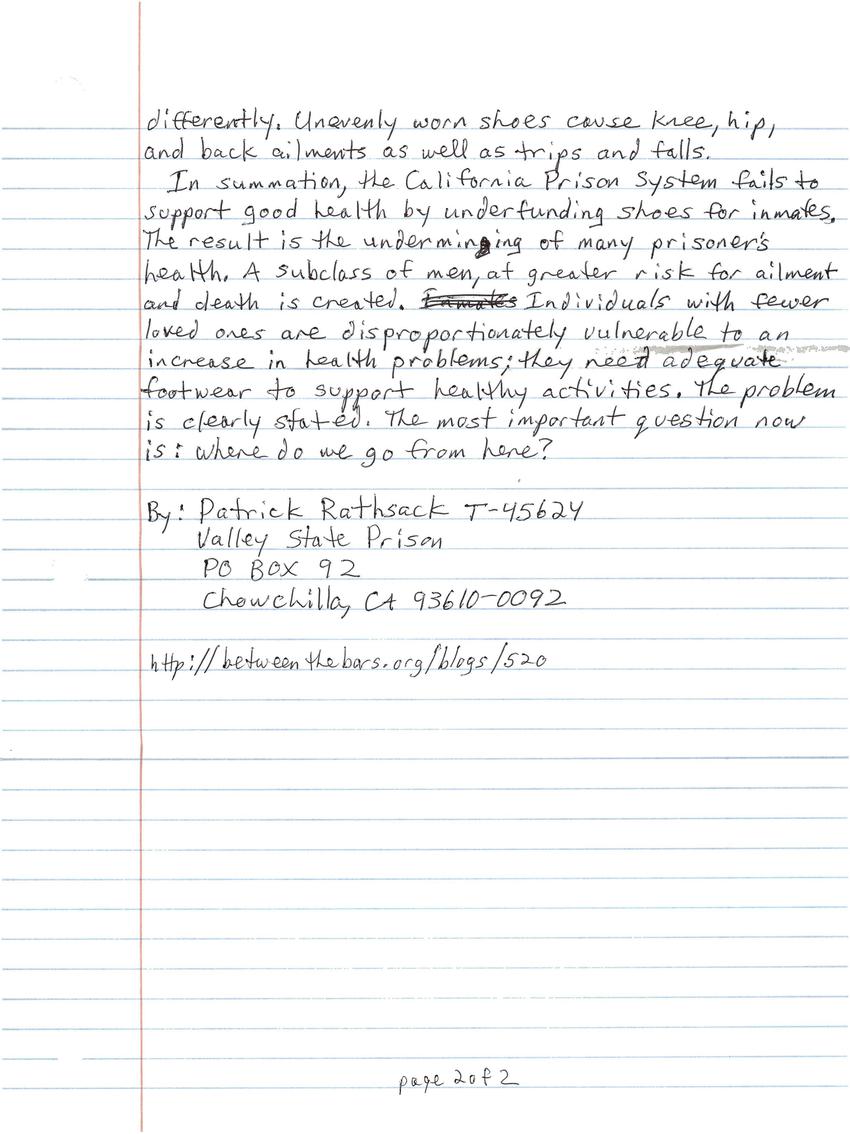 A First Step to Gain a Foothold on Health

California prison policy is wrong when it comes to budgeting for shoes. New ones are only issued every six months as afforded by regulations. Boots are predominate on security level three and four yards. They usually last the required amount of time. However, at lower custody levels, cheap sneakers rule the day. The footwear normally given out is inadequate; it fails to hold up to even moderate use. The problem faced by many inmates is: do they follow a doctor's recommendation to exercise or a clothing manager's mandate to avoid wear and tear on the merchandise? What would you do?

Medical problems arise daily in prison. An aging population, along with periods of inactivity, give rise to poor health. Many inmates suffer from diabetes, high blood pressure, heart conditions, and weight gain. When physicians tell patients to exercise, the fact that the state shoes wear out in three months or less is never taken into consideration. The trade off is that the state saves money on cheap shoes, thereby limiting the men's activity levels. Then the taxpayers spends more on doctors, drugs, and therapies for illnesses related to a sedentary lifestyle. How would you rather see your tax dollars spent?

Some inmates receive workout clothing, including shoes, from their loved ones. Unfortunately, a large population of indigent inmates exist in California. The group has little to no resources. What are they to do? The men without are sometimes issued previously worn shoes when their older ones are beyond use. The practice can lead to injuries because everyone walks differently. Unevenly worn shoes cause knee, hip, and back ailments as well as trips and falls.

In sumation, the California Prison System fails to support good health by underfunding shoes for inmates. The result is the undermining of many prisoners' health. A subclass of men at greater risk for ailment and death is created. Individuals with fewer loved ones are disproportionately vulnerable to an increase in health problems; they need adequate footwear to support healthy activities. The problem is clearly stated. The most important question now is where do we go from here?