A New Frontier in an Old Prison 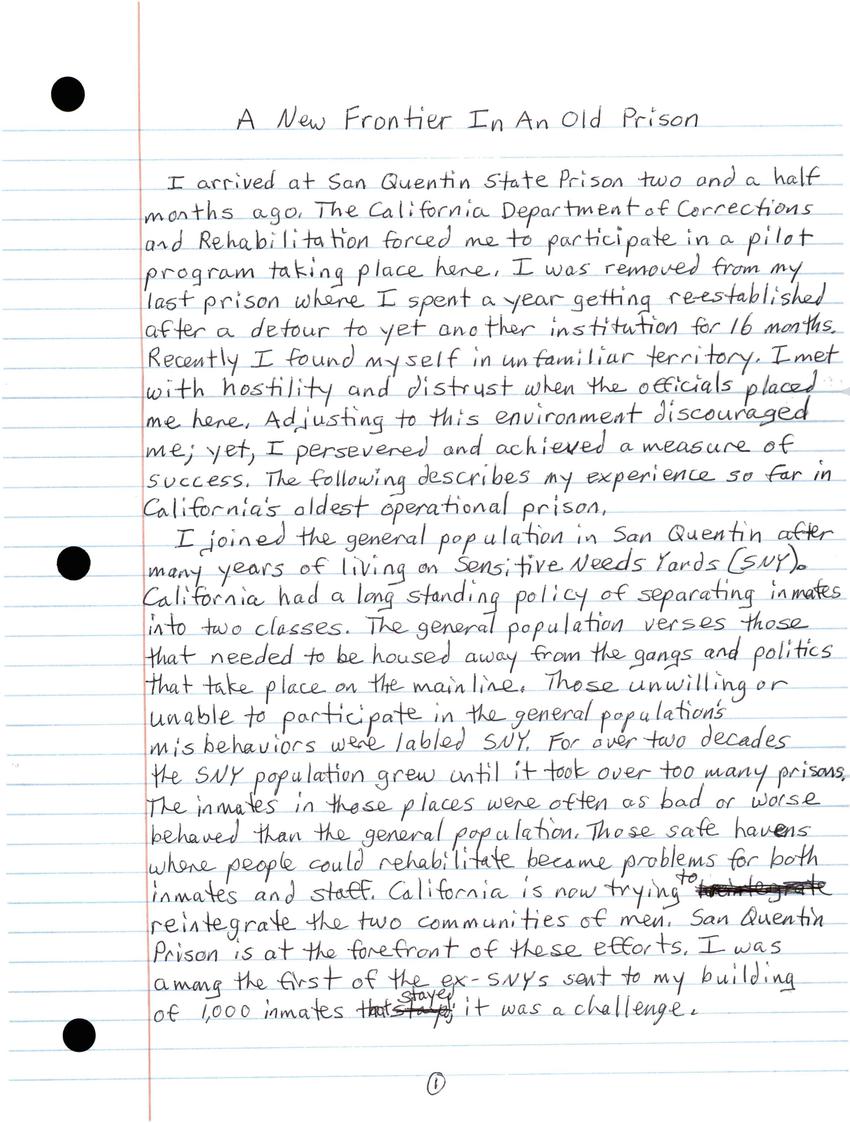 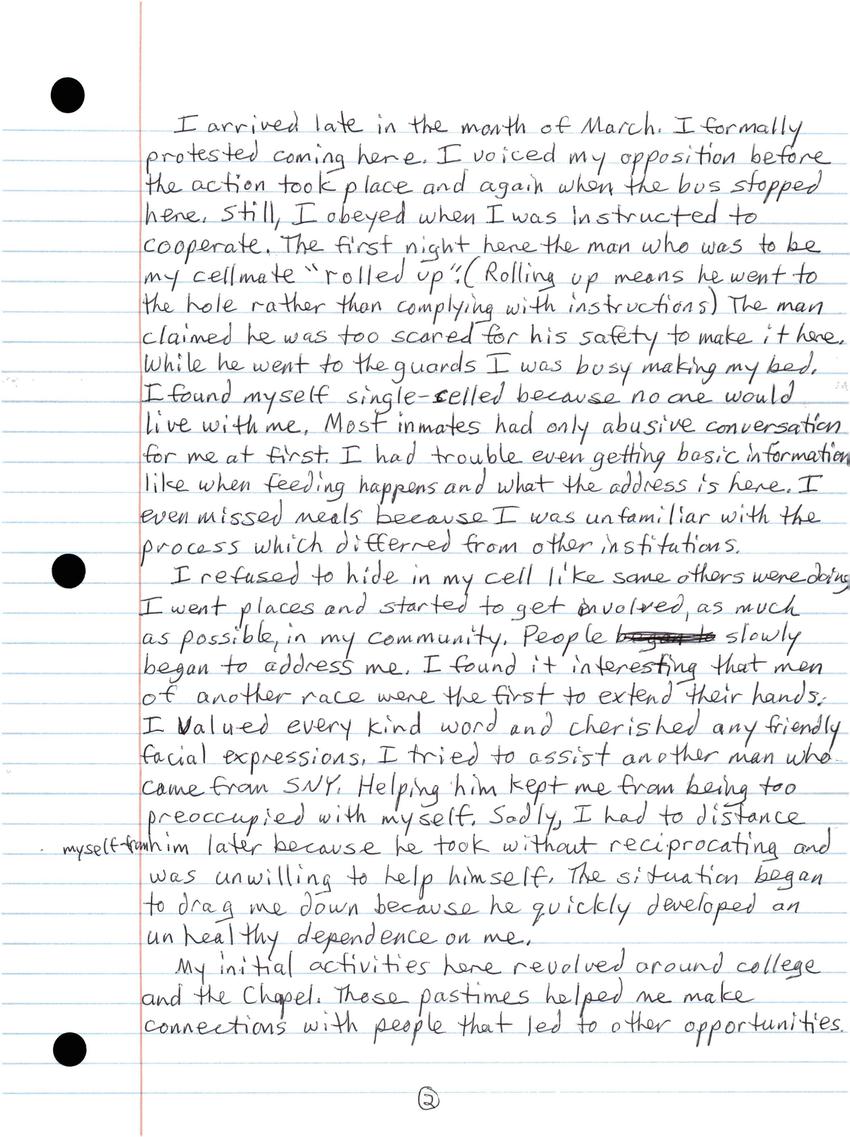 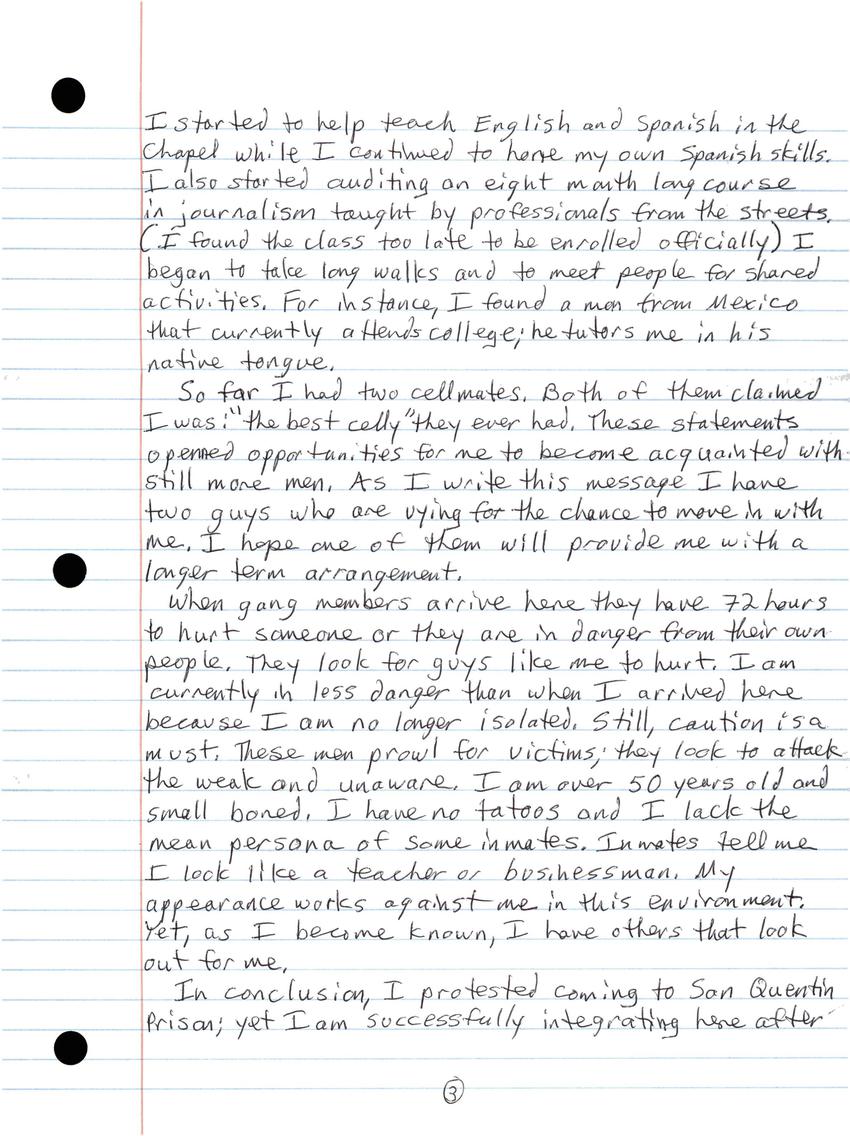 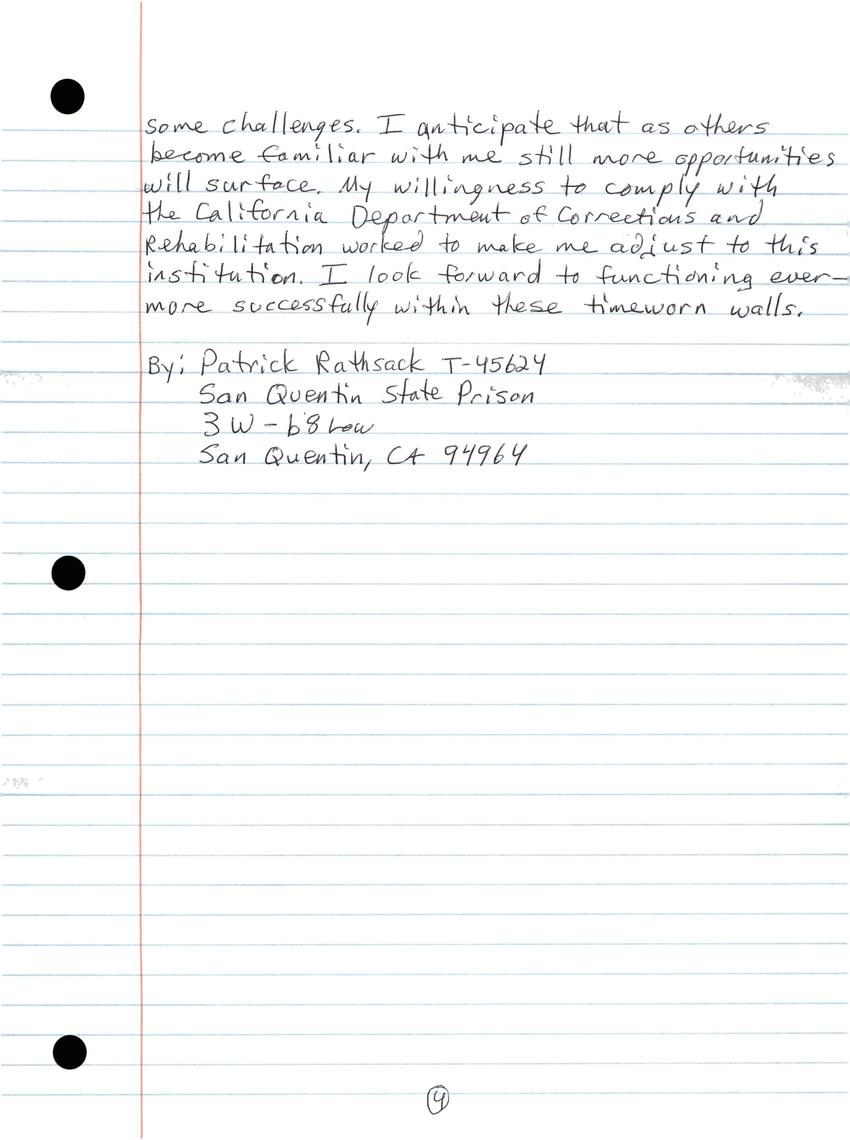 A New Frontier In An Old Prison

I arrived at San Quentin State Prison two and a half months ago, The California Department of Corrections and Rehabilitation forced me to participate in a pilot program taking place here. I was removed from my last prison where I spent a year getting re-established after a detour to yet another institution for 16 months. Recently I found myself in unfamiliar territory. I met with hostility and distrust when the officials placed me here. Adjusting to this environment discouraged me; yet, I persevered and achieved a measure of success. The following describes my experience so far in California's oldest operational prison.

I joined the general population in San Quentin after many years of living on Sensitive Needs Yard (SNY). California had a long standing policy of separating inmates into two classes. The general population verses those that needed to be housed away from the gangs and politics that take place on the mainline. Those unwilling or unable to participate in the general population's misbehaviors were labelled SNY. For over two decades the SNY population grew until it took over too many prisons. The inmates in those places were often as bad or worse behaved than the general population. These safe havens where people could rehabilitate became problems for both inmates and staff. California is now trying to reintegrate the two communities of men. San Quentin Prison is at the forefront of these efforts. I was among the first of the ex-SNYs sent to my building to 1,000 inmates that stayed; it was a challenge.

I arrived late in the month of March. I formally protested coming here. I voiced my opposition before the action took place and again when the bus stopped here. Still, I obeyed when I was instructed to cooperate. The first night here the man who was to be my cellmate "rolled up." (Rolling up means he went to the hole rather than complying with instructions.) The man claimed he was too scare for his safety to make it here. While he went to the guards I was busy making my bed. I found myself single-celled because no one would live with me. Most inmates had only abusive conversation for me at first. I had trouble even getting basic information like when feeding happens and what the address is here. I even missed meals because I was unfamiliar with the process which differed from other institutions.

I refused to hide in my cell like some others were doing. I went places and started to get involved, as much as possible, in my community. People slowly began to address me. I found it interesting that men of another race were the first to extend their hands. I valued every kind word and cherished any friendly facial expressions. I tried to assist another man who came from SNY. Helping him kept me from being too preoccupied with myself. Sadly, I had to distance myself from him later because he took without reciprocating and was unwilling to help himself. The situation began to drag me down because he quickly developed an unhealthy dependence on me.

My initial activities here revolved around college and the Chapel. Those pastimes helped me make connections with people that led to other opportunities. I started to help teach English and Spanish in the Chapel while I continued to hone my own Spanish skills. I also started auditing an eight month long course in journalism thought by professionals from the streets. (I found the class too late to be enrolled officially.) I began to take long walks and to meet people fro shared activities. For instance, I found a man from Mexico that currently attends college; he tutors me in his native tongue.

So far I had two cellmates. Both of them claimed I was: "the best celly" they ever had. These statements opened opportunities for me to become acquainted with still more men. As I write this message I have two guys who are vying for the chance to move in with me. I hope one of them will provide me with a longer term arrangement.

When gang members arrive here they have 72 hours to hurt someone or they are in danger from their own people. They look for guys like me to hurt. I am currently in less danger than when I arrived here because I am no longer isolated. Still, caution is a must. These men prowl for victims; they look to attack the weak and unaware. I am over 50 years old and small boned. I have no tattoos an dI lack the mean persona of some inmates. Inmates tell me I look like a teacher or businessman. My appearance works against me in the environment. Yet, as I become known, I have others that look out for me.

In conclusion, I protested coming to San Quentin Prison, yet I am successfully integrating here after some challenges. I anticipate that as others become familiar with me still more opportunities will surface. My willingness to comply with the California Department of Corrections and Rehabilitation worked to make me adjust to this institution. I look forward to functioning evermore successfully within these timeworn walls.