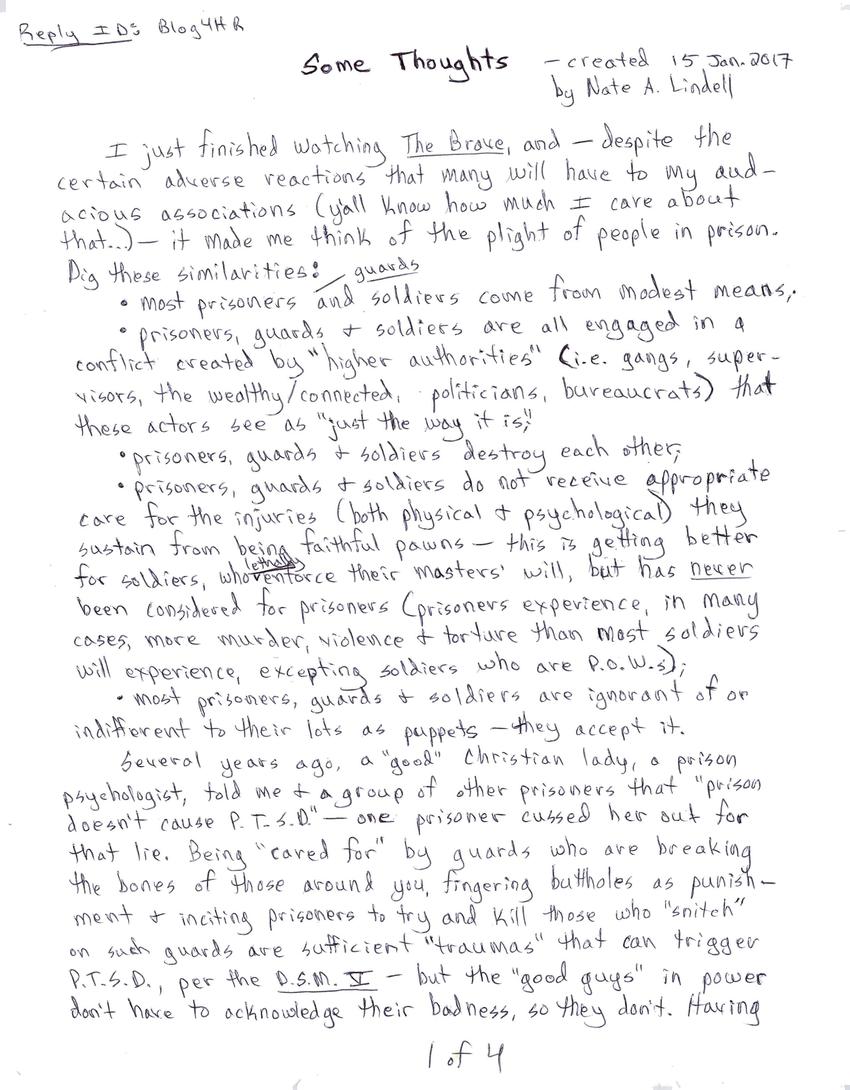 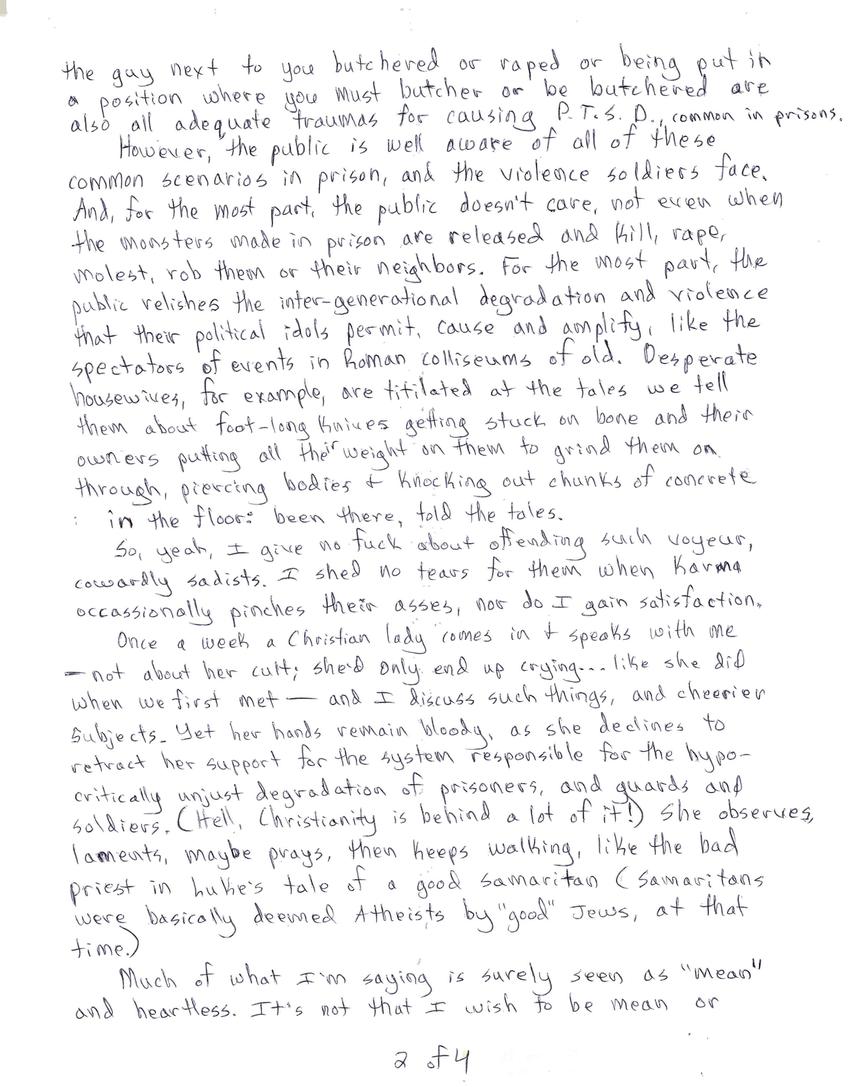 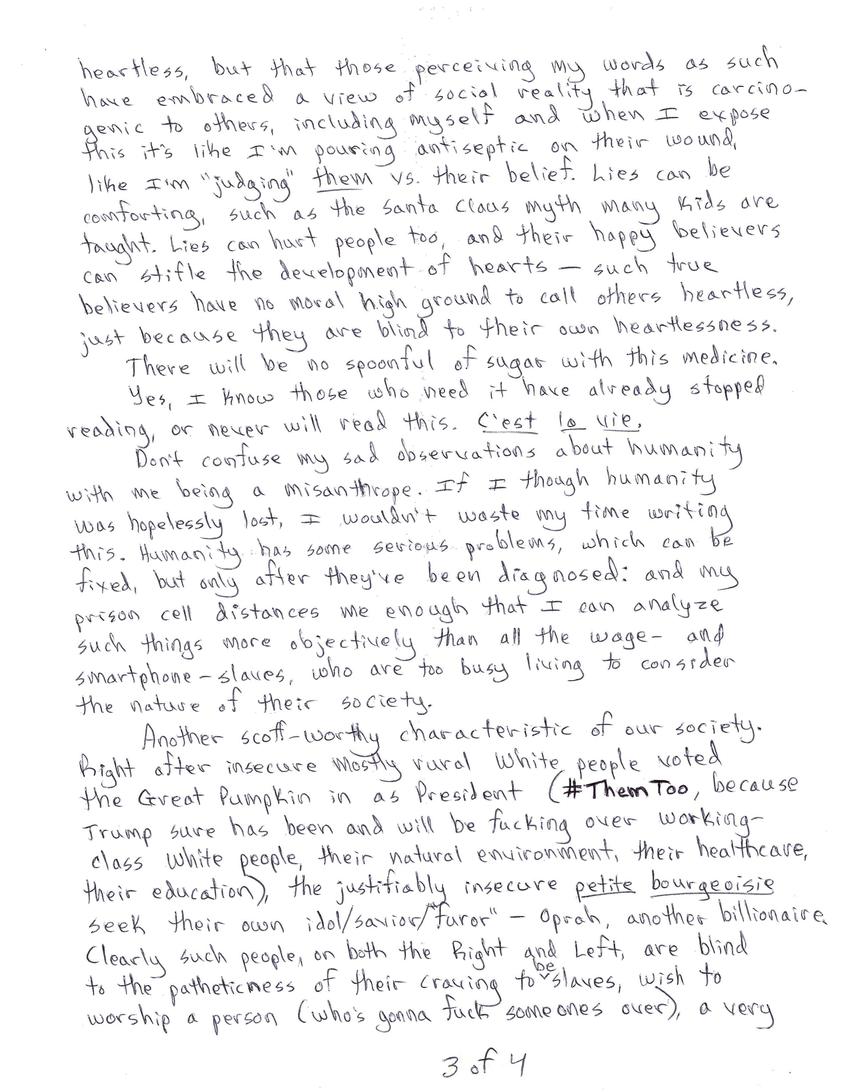 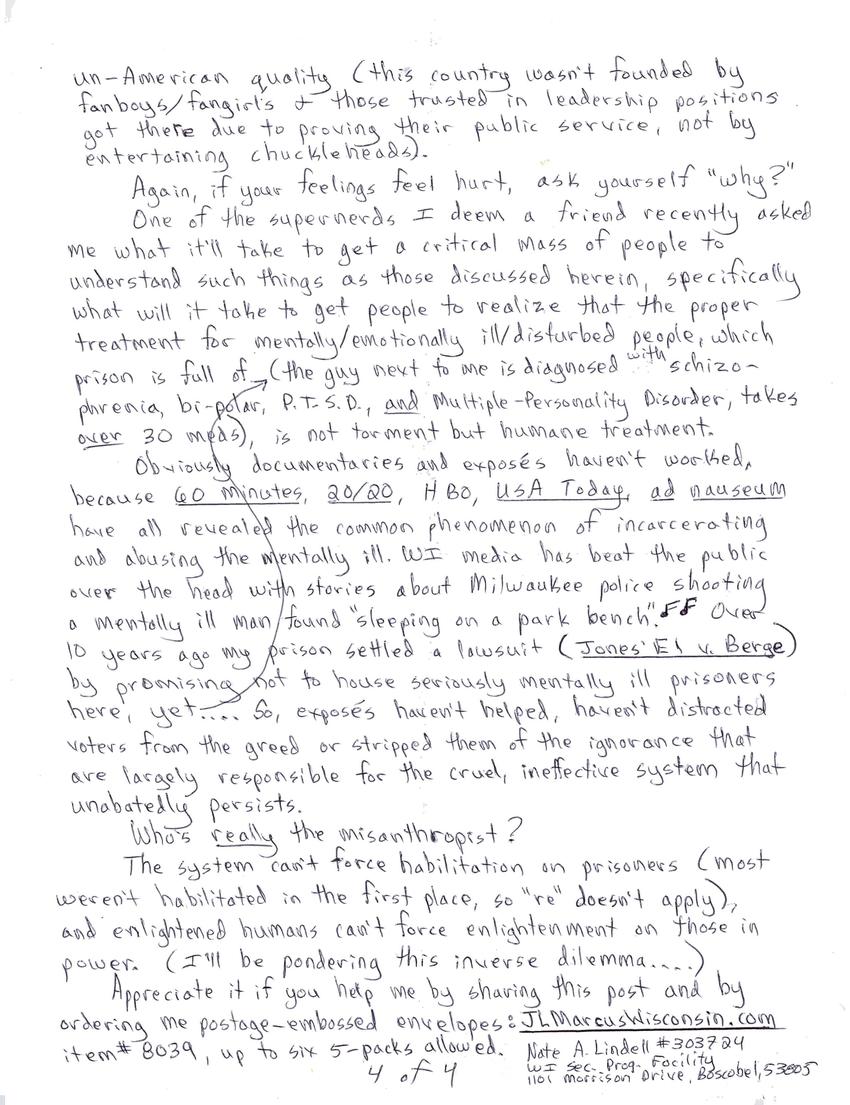 Several years ago, a "good" Christian lady, a prison psychologist, told me and a group of other prisoners that "prison doesn't cause P.T.S.D." - one prisoner cussed her out for that lie. Being "cared for" by guards who are breaking the bones of those around you, fingering buttholes as punishment and inciting prisoners to try and kill those who "snitch" on such guards are sufficient "traumas" that can trigger P.T.S.D, per the D.S.M.I - but the "good guys" in power don't have to acknowledge their badness, so they don't. Having the guy next to you butchered or raped or being put in a position where you must butcher or be butchered are also all adequate traumas for causing P.T.S.D., common in prisons.

However, the public is well aware of all of these common scenarios in prison, and the violence soldiers face. And, for the most part, the public doesn't care, not even when the monster made in prison are released and kill, rape, molest, rob them or their neighbours. For the most part, the public relishes the inter-generational degradation and violence that their political idols permit, cause and amplify, like the spectators of events in Roman coliseums of old. Desperate housewives, for example, are titillated at the tales we tell them about foot-long knives getting stuck on bone and their owners putting all their weight on them to grind them on through, piercing bodies and knocking out chunks of concrete in the floor: been there, told the tales.

So, yeah, I give no fuck about offending such voyeur, cowardly sadists. I shed no tears for them when karma occasionally pinches their asses, nor do I gain satisfaction. Once a week a Christian lady comes in and speaks with me - not about her cult; she'd only end up crying... like she did when we first met - and I discuss such things, and cheerier subjects. Yet her hands remain bloody, as she declines to retract her support for the system responsible and guards and soldiers. (Hell, Christianity is behind a lot of it!) She observes laments, maybe prays, then keeps walking, like the bad priest in Luke's tale of a good Samaritan (Samaritans were basically deemed Atheists by "good" Jews, at that time.)

Much of what I'm saying is surely seen as "mean" and heartless. It's not that I wish to be mean or heartless, but that those perceiving my words as such have embraced a view of social reality that is carcinogenic to others, including myself and when I expose this it's like I'm pouring antiseptic on their wound, like I'm "judging" them vs. their belief. Lies can be comforting, such as the Santa Claus myth many kids are taught. Lies can hurt people too, and their happy believers can stifle the development of hearts - such true believers have no moral high ground to call others heartless, just because they are blind to their own heartlessness.
There will be no spoonful of sugar with this medicine. Yes, I know those who need it have already stopped reading, or never will read this. C'est la vie.
Don't confuse my sad observations about humanity with me being a misanthrope. If I thought humanity was hopelessly lost, I wouldn't waste my time writing this. Humanity has some serious problem, which can be fixed, but only after they've been diagnosed: and my prison cell distances me enough that I can analyse such things more objectively than all the wage - and smartphone - slaves, who are too busy living to consider the nature of their society.

Another scoff-worthy characteristic of our society. Right after insecure mostly white people voted the Great Pumpkin in as President (#ThemToo, because Trump sure has been and will be fucking over working-class white people, their natural environment, their healthcare, their education), the justifiably insecure petite bourgeoisie seek their own idol/savior/"furor" - Oprah, another billionaire. Clearly such people, on both the Right and Left, are blind to the patheticness of their craving to be slaves, wish to worship a person (who's gonna fuck someones over), a very un-American quality (this country wasn't founded by fanboys/fangirls and those trusted in leadership positions got there due to proving their public service, not by entertaining chuckleheads).

Again, if your feelings feel hurt, ask yourself "why?" One of the supernerds I deem a friend recently asked me hat it'll take to get a critical mass of people to understand such things as those discussed herein, specifically what will it take to get people to realize that the proper treatment for mentally/emotionally ill/disturbed people, which prison is full of (the guy next to me is diagnosed with schizophrenia, bi-polar, P.T.S.D., and Multiple-Personality Disorder, takes over 30 meds), is not torment but humane treatment.

Obviously documentaries and exposes haven't worked, because 60 minutes, 20/20, HBO, USA Today, ad nauseum have all revealed the common phenomenon of incarcerating and abusing the mentally ill. WI media has beat the public over the head with stories about Milwaukee police shooting a mentally ill prisoners here, yet.... So, exposes haven't helped, haven't distracted voters from the greed or stripped them of the ignorance that are largely responsible for the cruel, ineffective system that unabatedly persists.
Who's really the misanthropist?
The system can't force habilitation on prisoners (most weren't habilitated in the first place, so "re" doesn't apply), and enlightened humans can't force enlightenment on those in power. (I'll be pondering this inverse dilemma....)

Appreciate it if you help me by sharing this post and by ordering me postage-embossed envelopes: JLMarcusWisconsin.com item #8039, up to six 5-packs allowed. 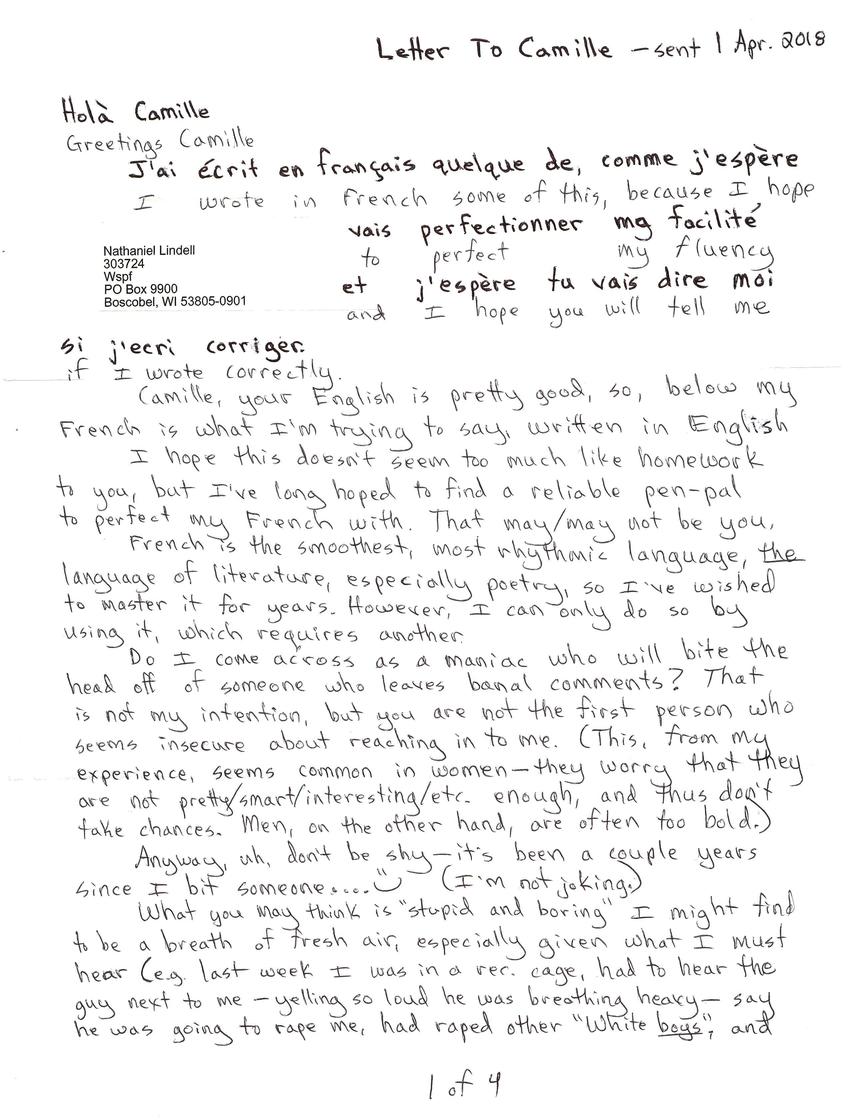 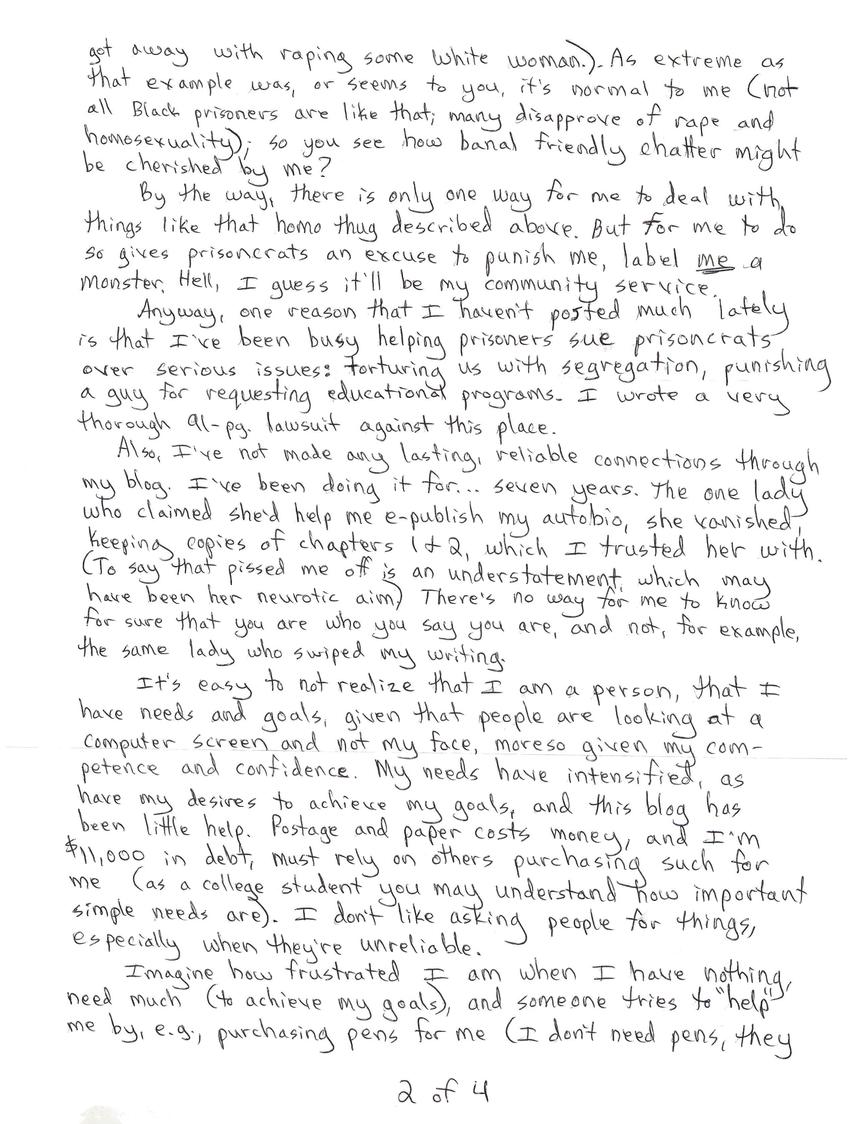 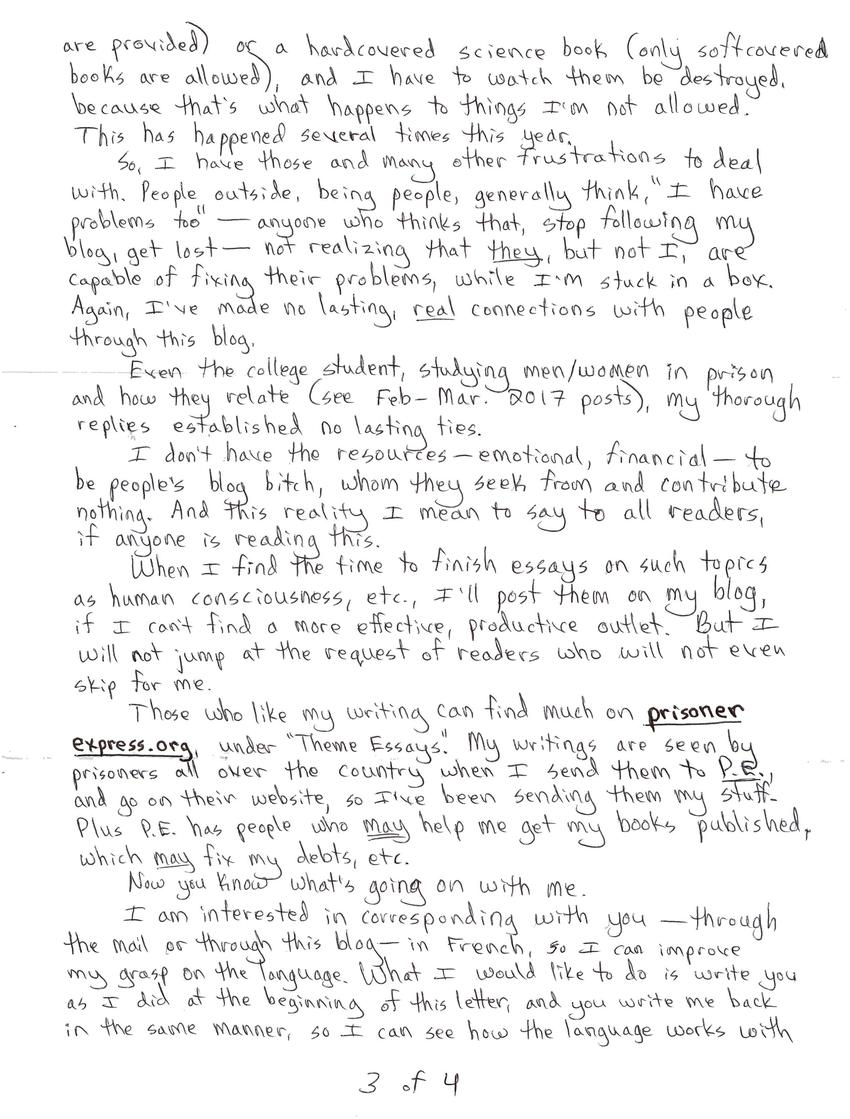 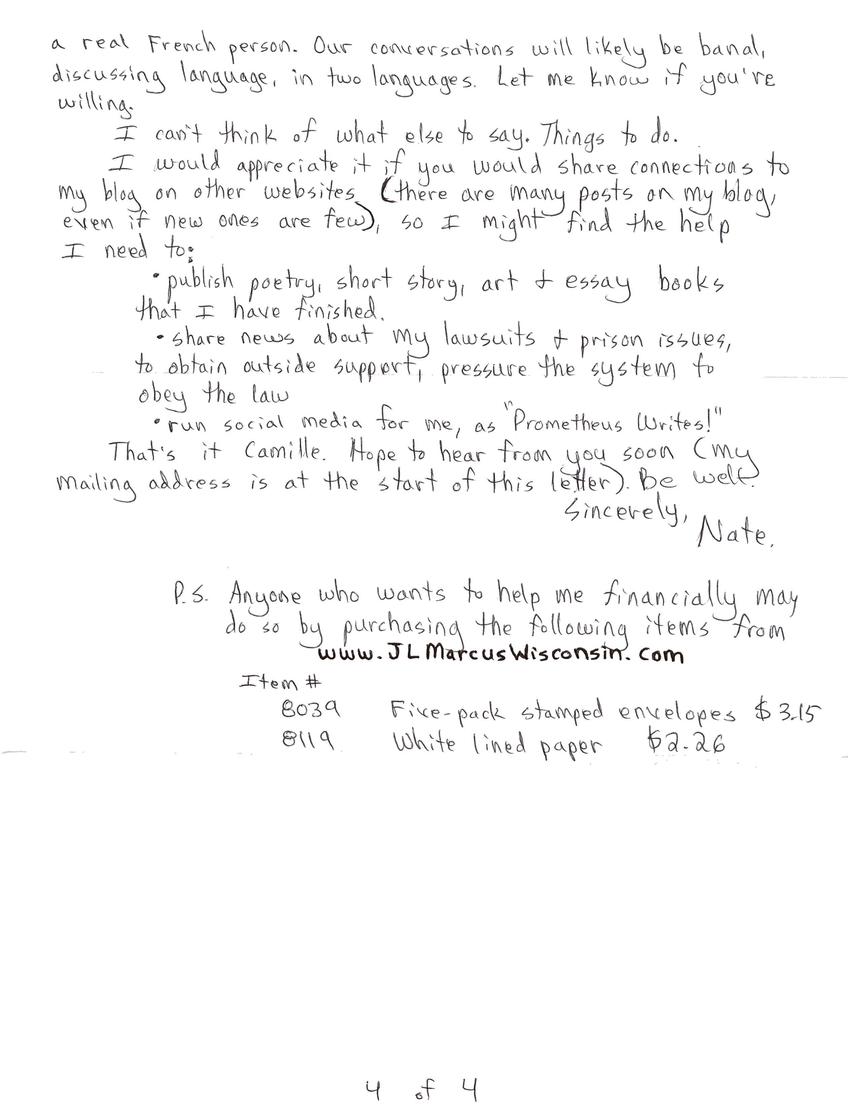 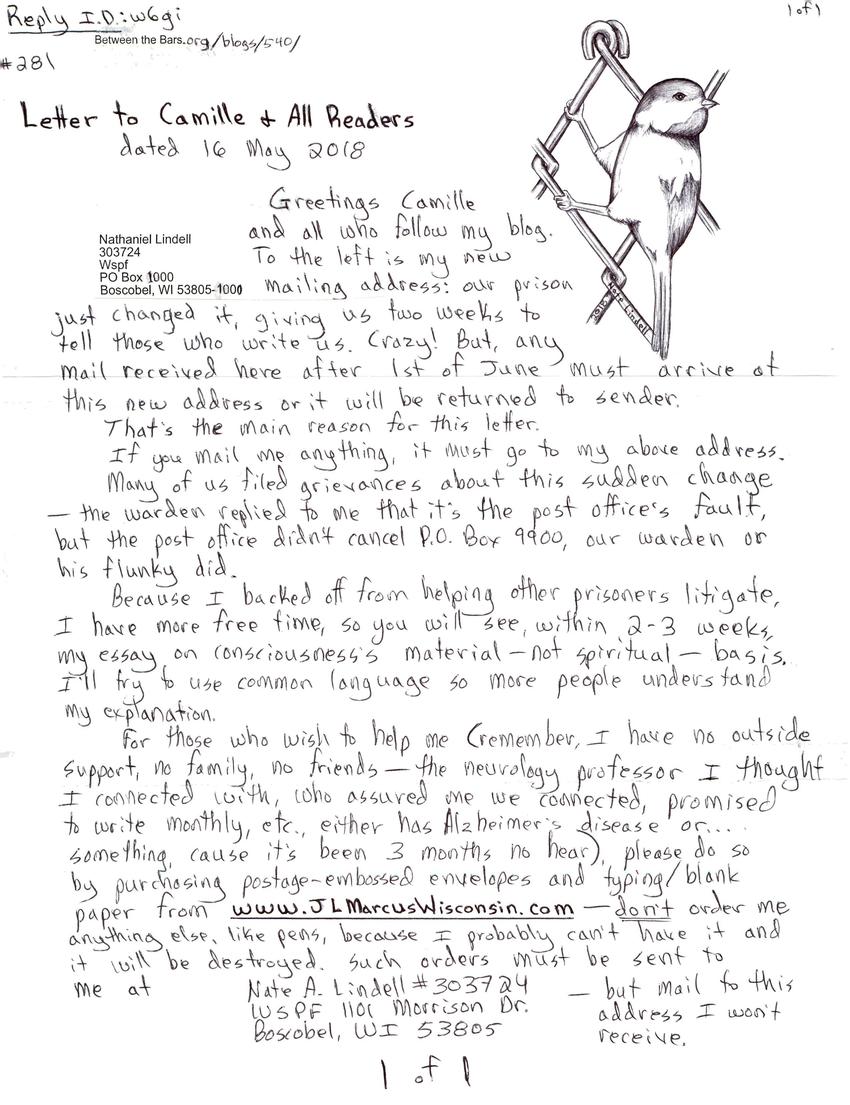 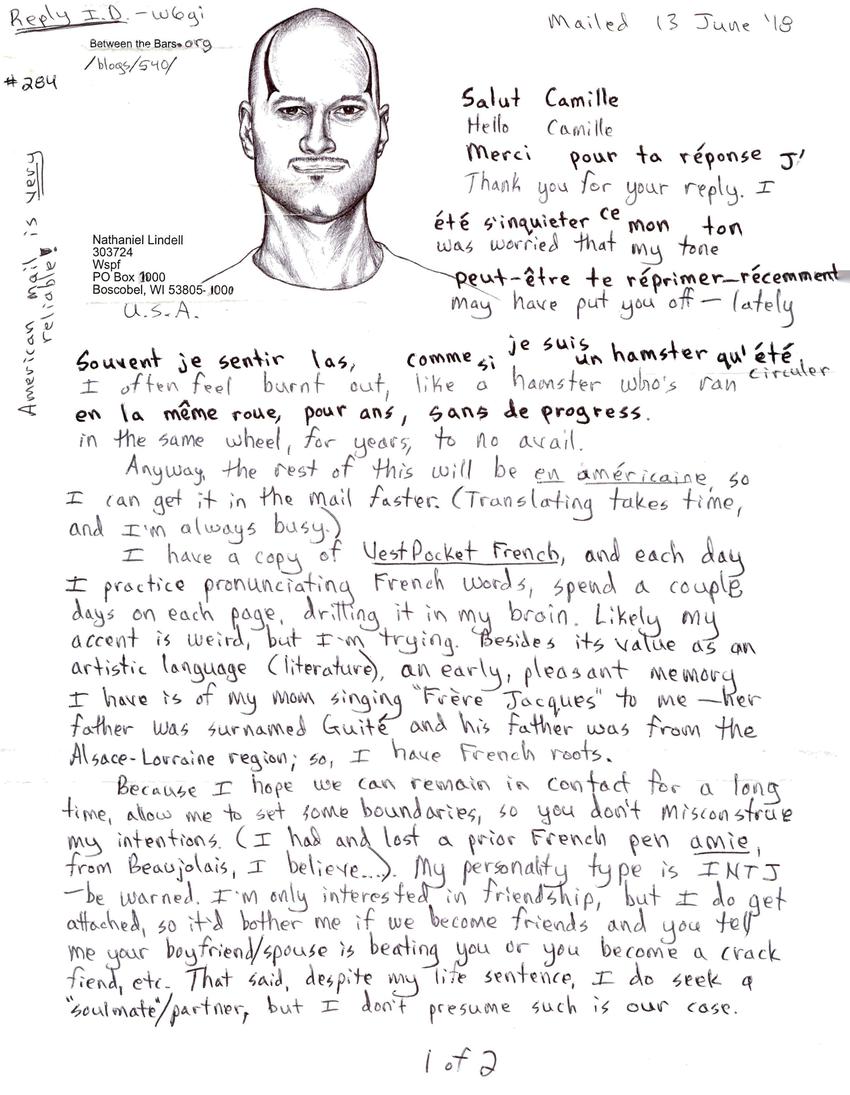 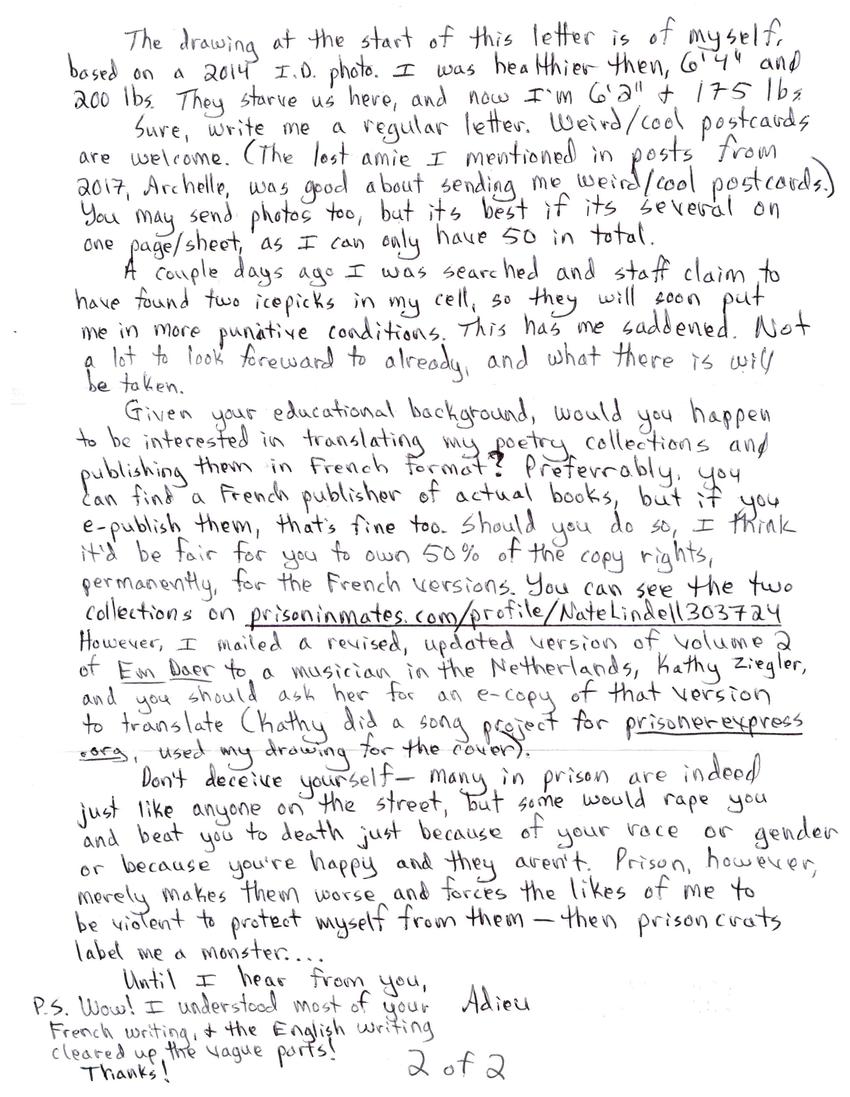 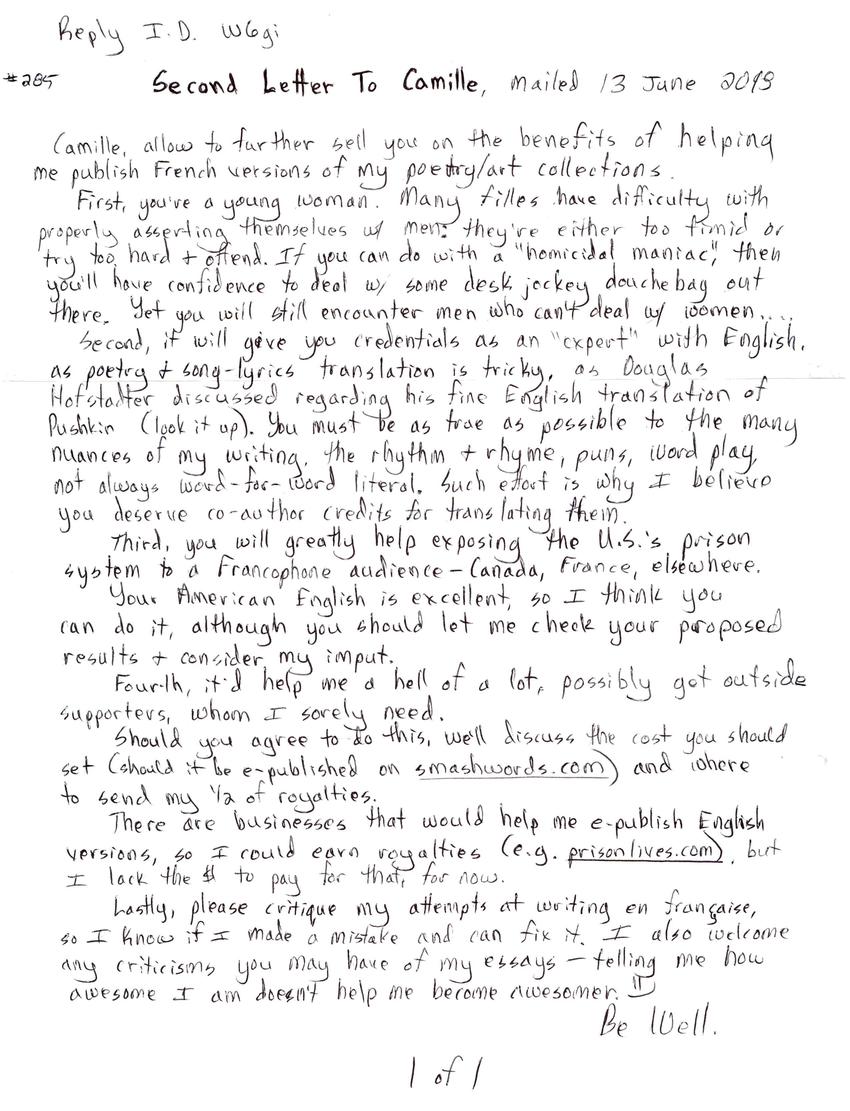 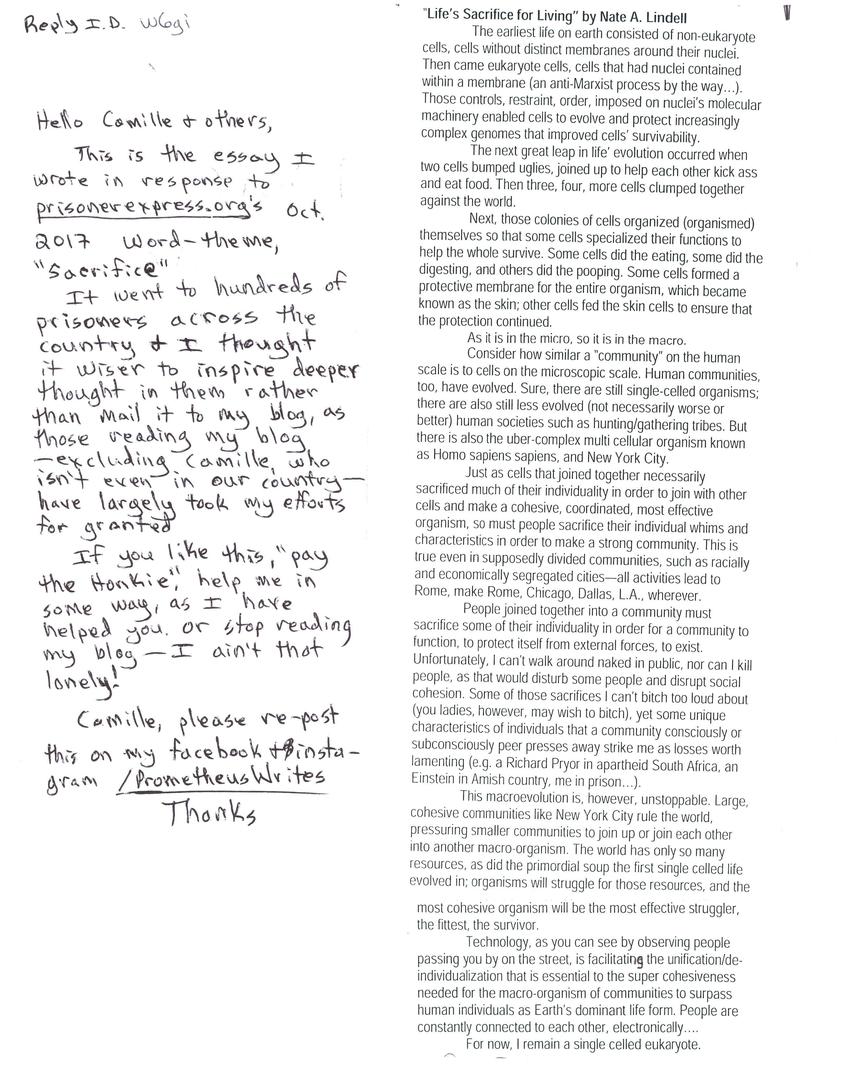 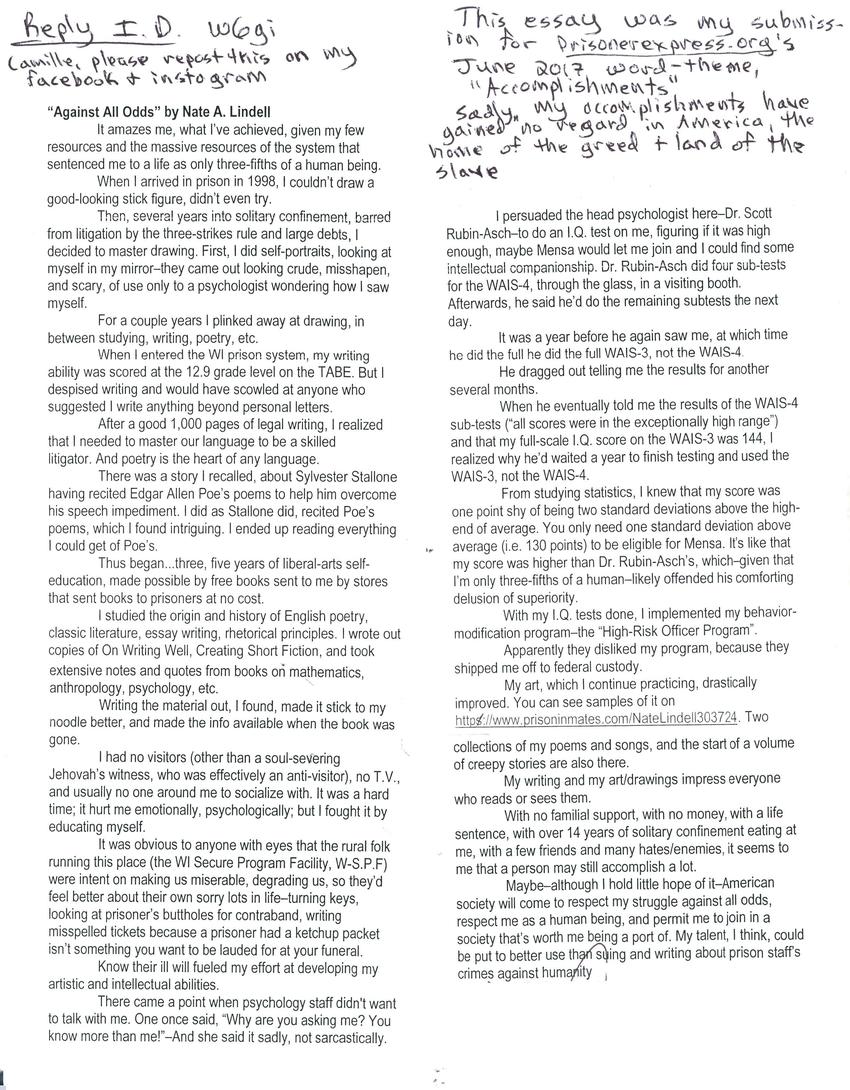 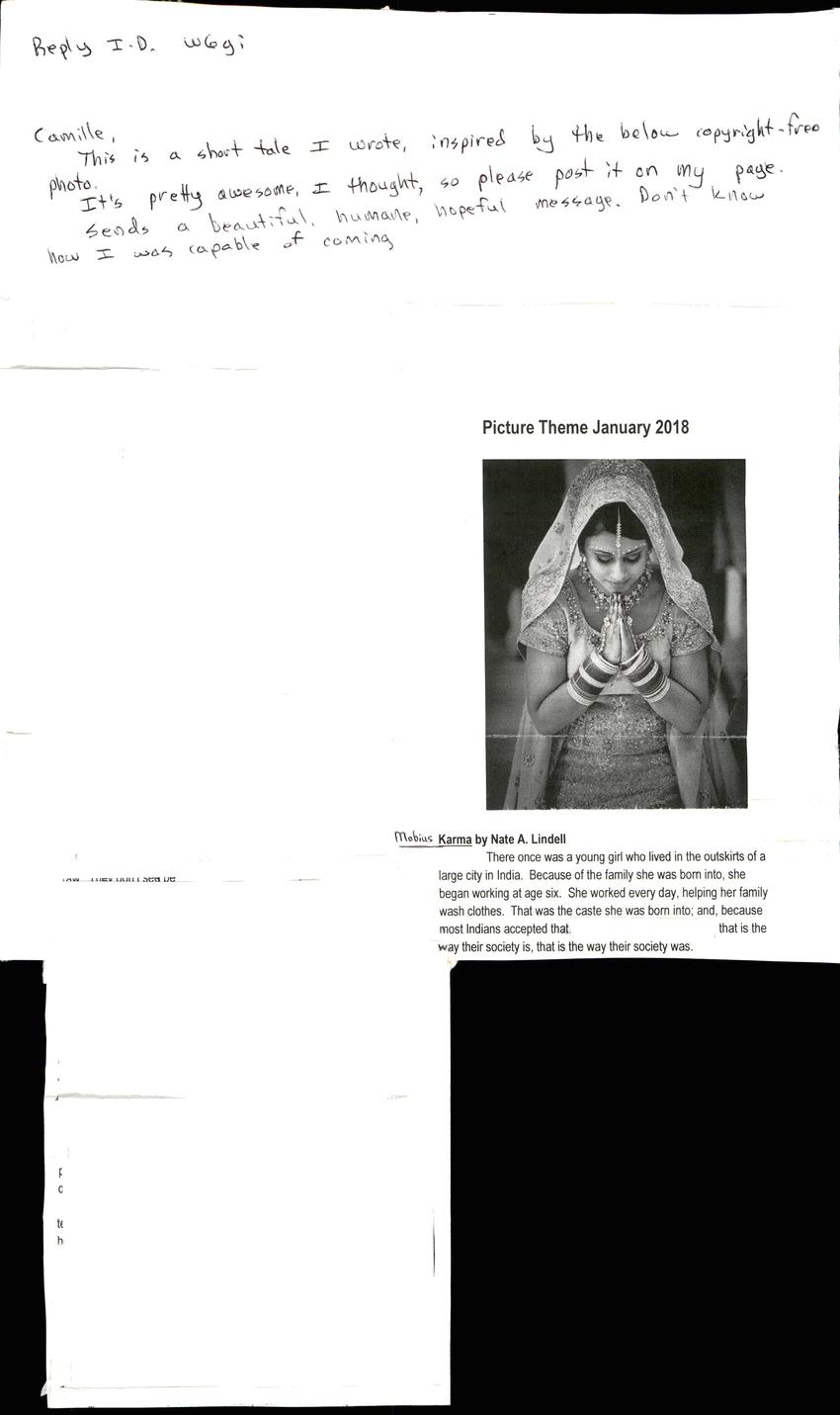 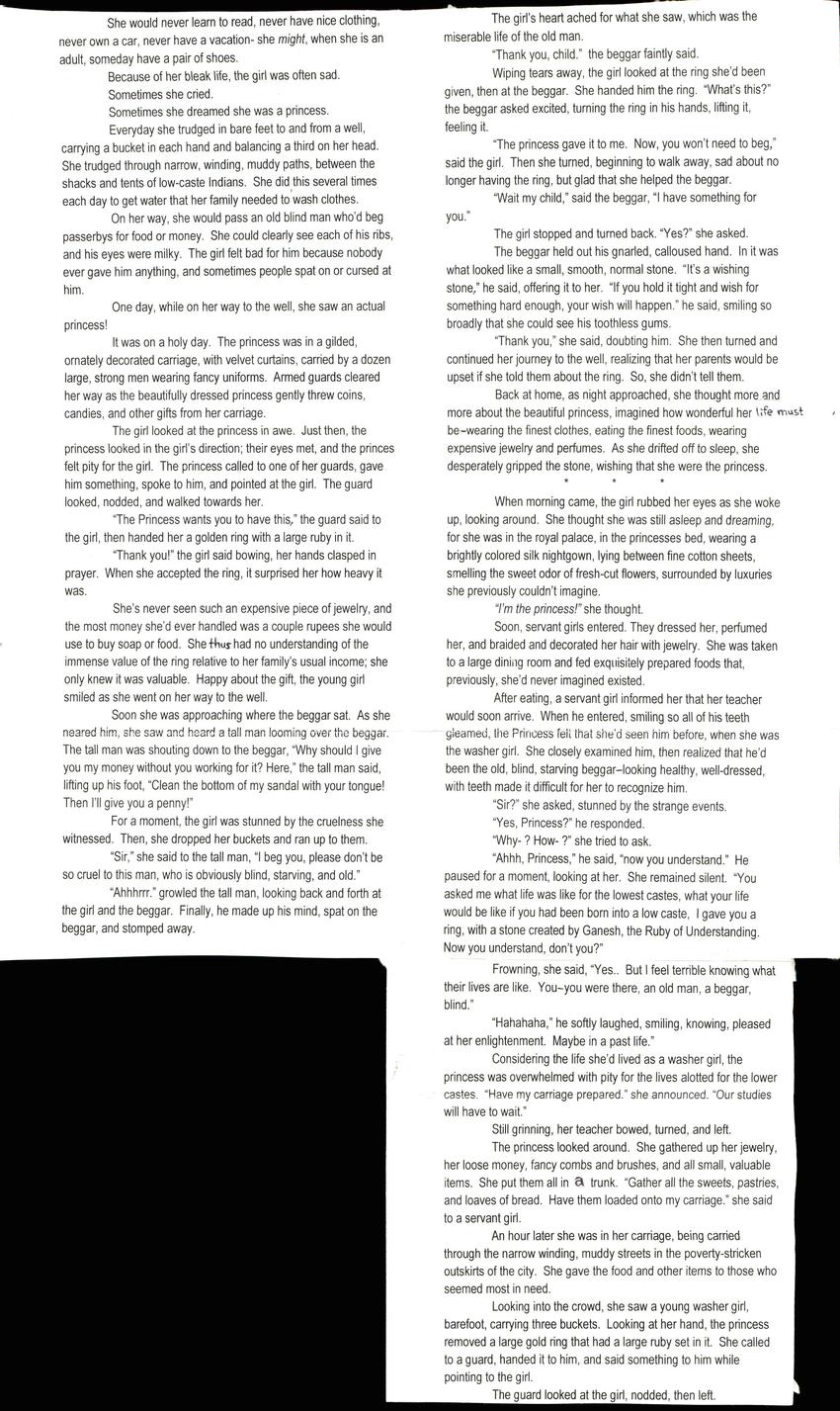 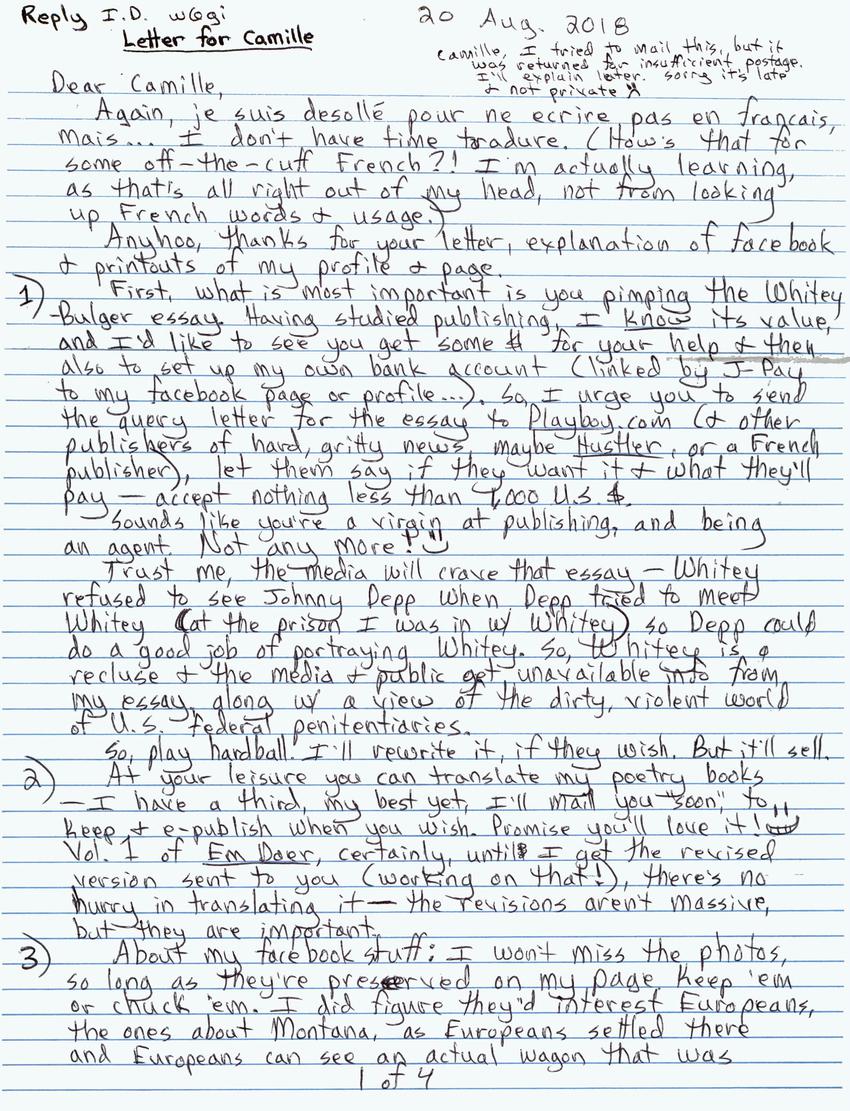 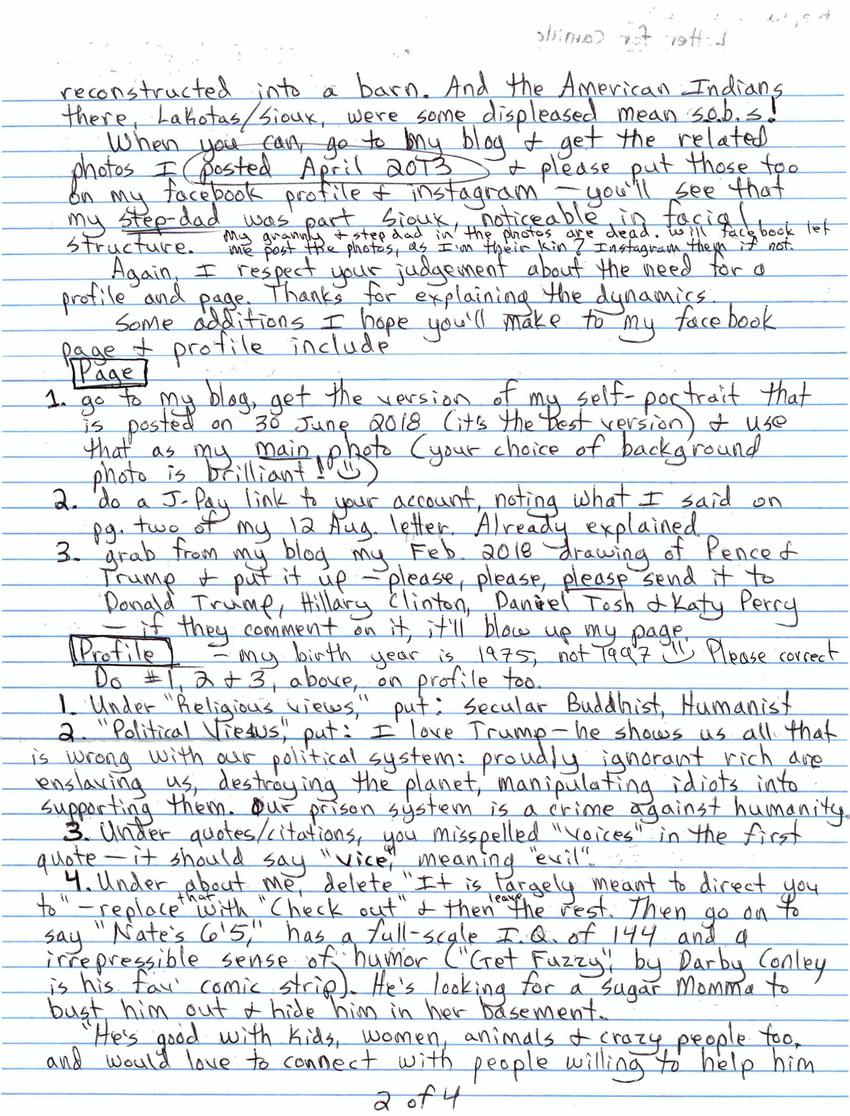 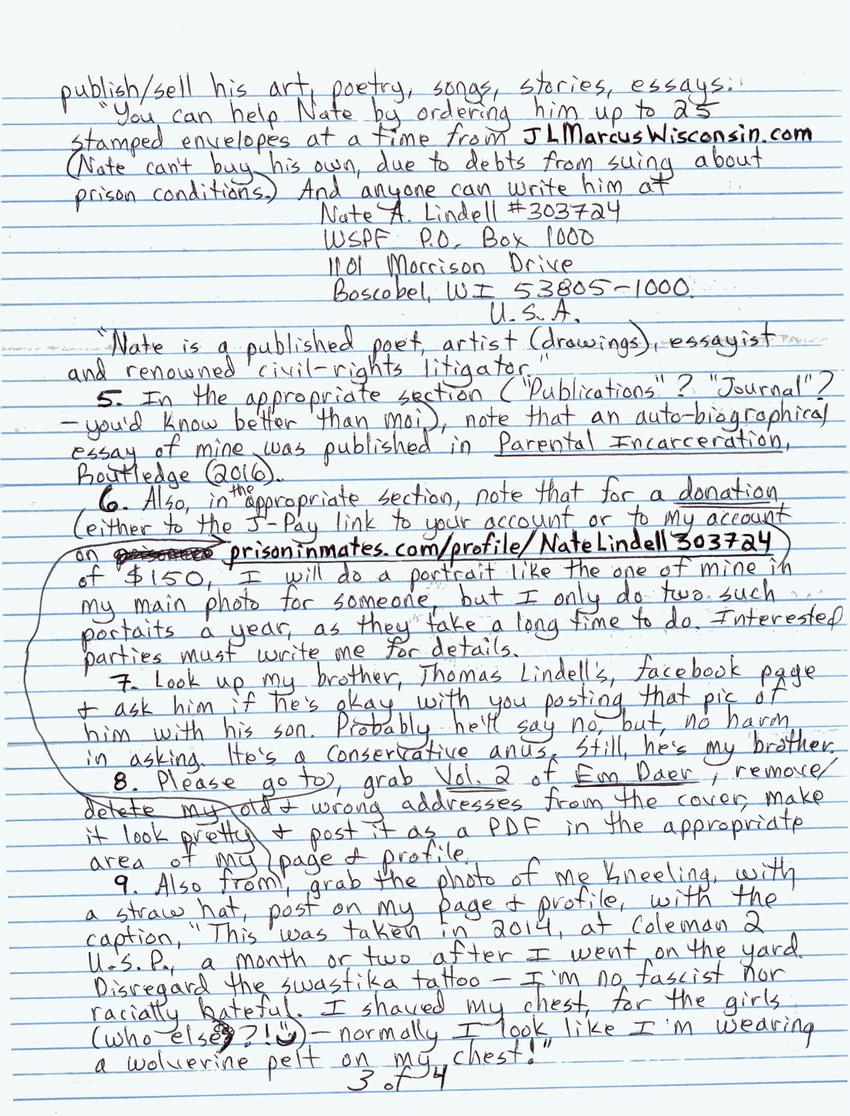 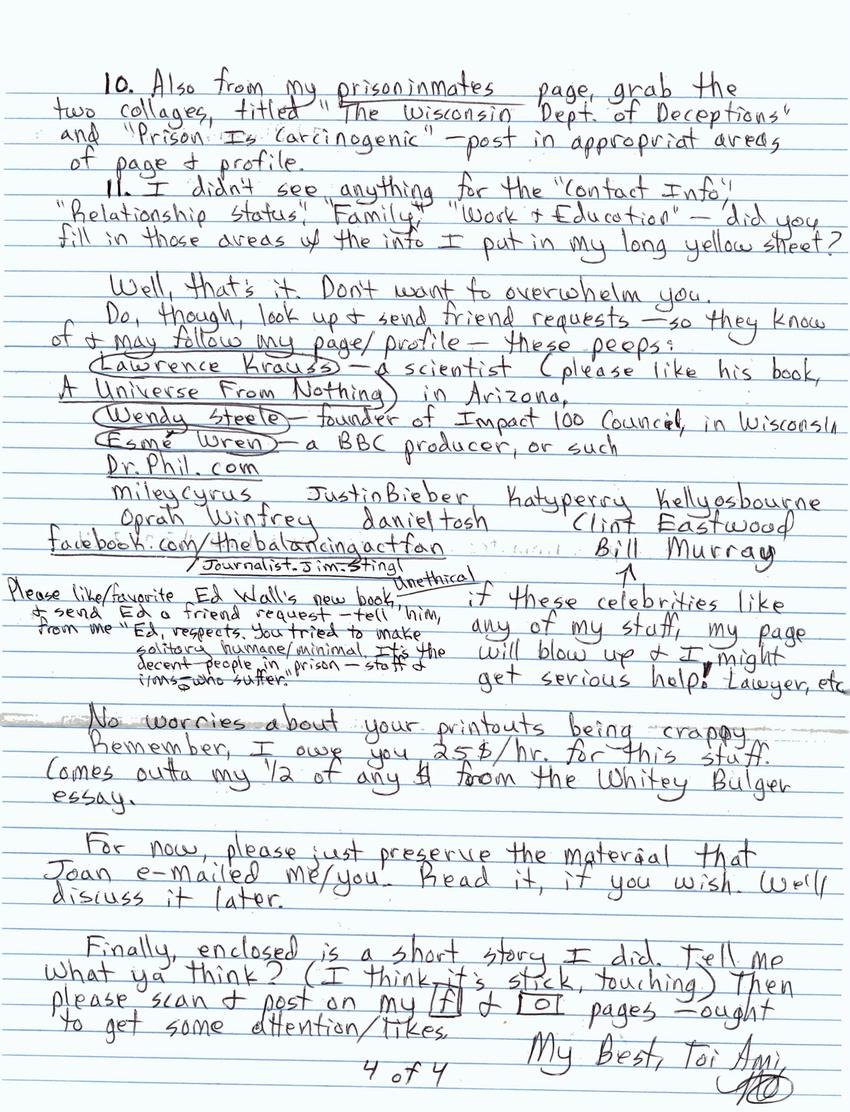