The Investigation Of SCDC 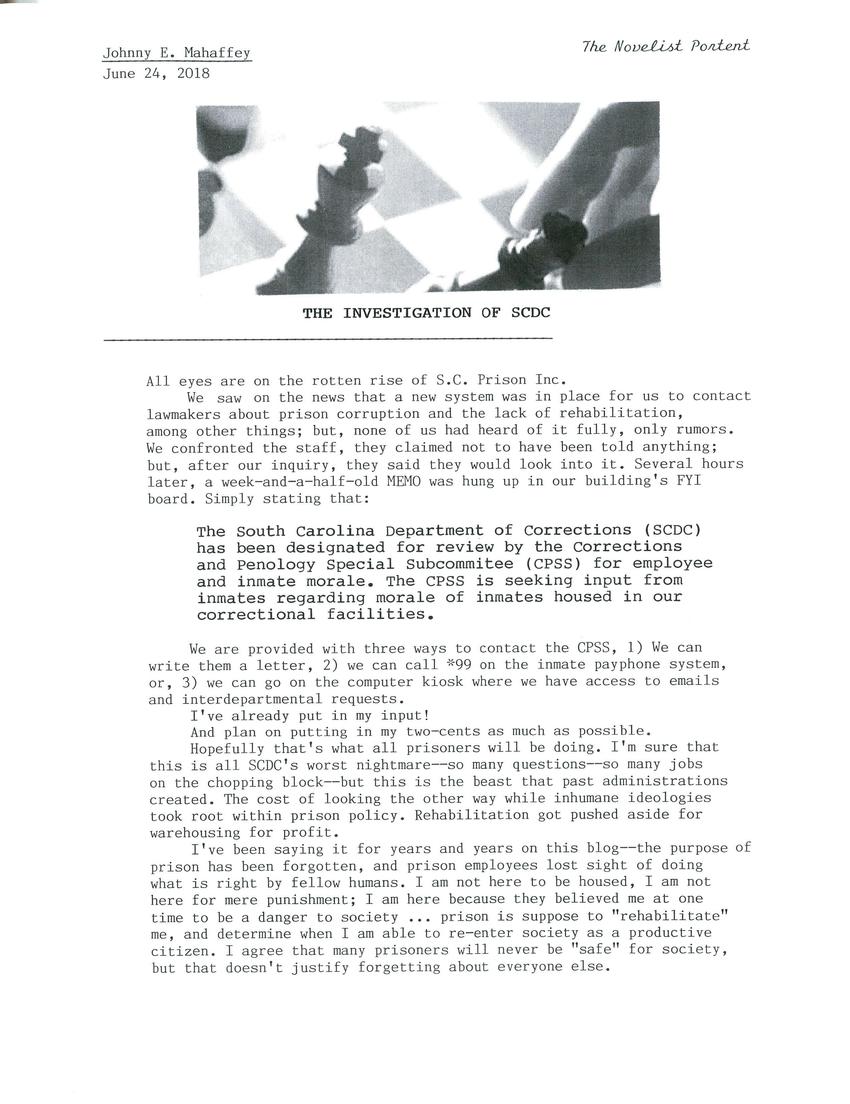 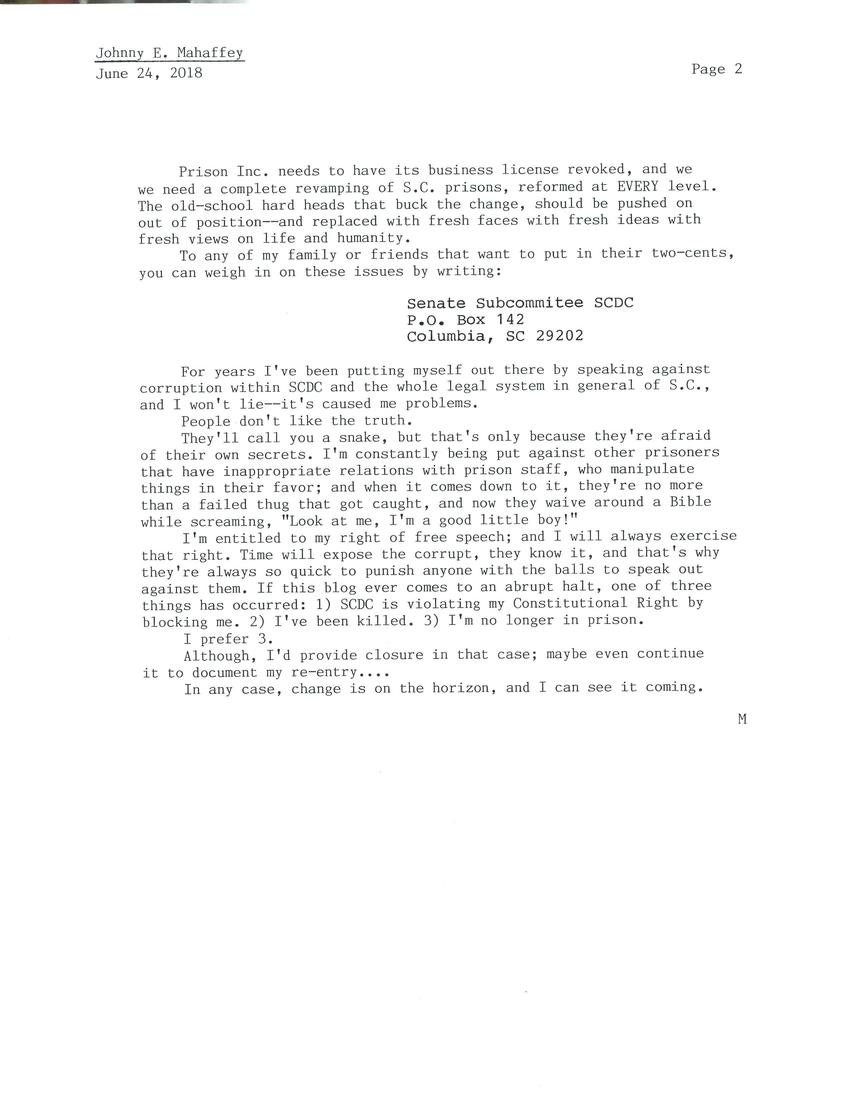 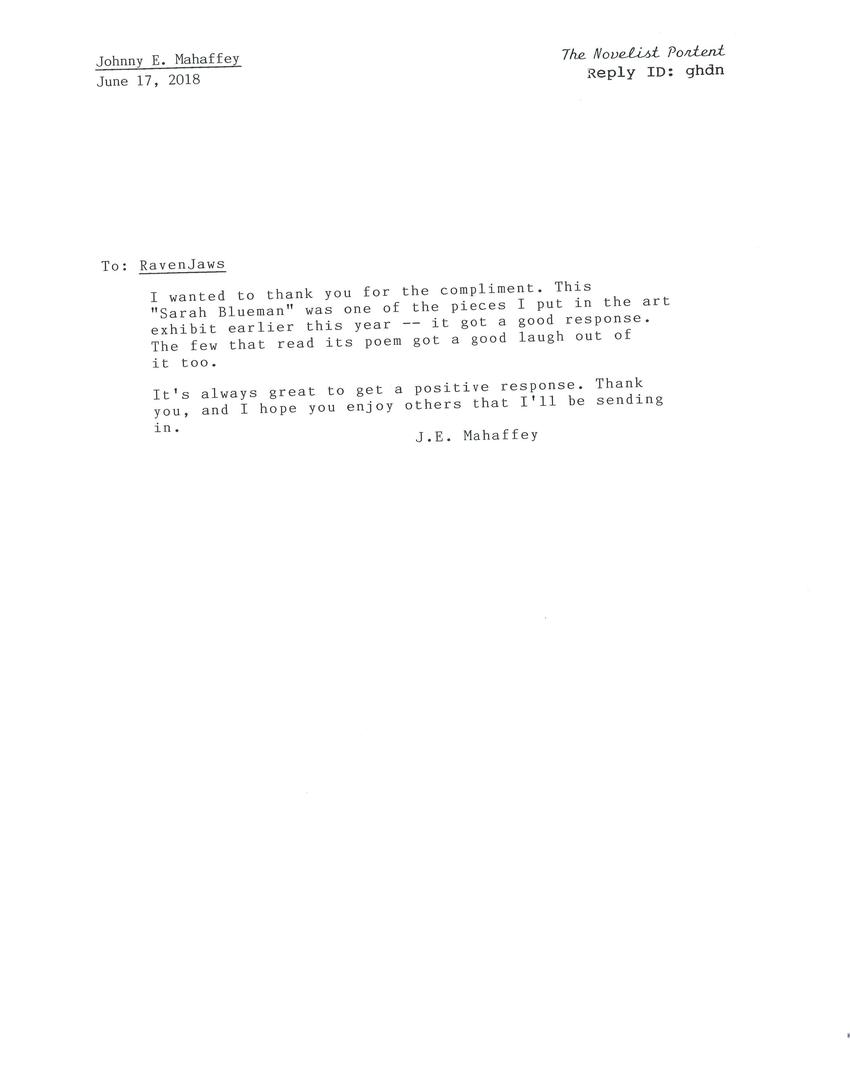 THE INVESTIGATION OF SCDC

All eyes are on the rotten rise of S.C. Prison Inc.
We saw on the news that a new system was in place for us to contact lawmakers about prison corruption and the lack of rehabilitation, among other things; but, non of us had heard of it fully, only rumors. We confronted the staff, they claimed not to have been told anything; but, after our inquiry, they said they would look into it. Several hours later, a week-and-a-half-old MEMO was hung up in our building's FYI board. Simply stating that:

The South Carolina Department of Corrections (SCDC) has been designated for review by the Corrections and Penology Special Subcommittee (CPSS) for employee and inmate morale. The CPSS is seeking input from inmates regarding morale of inmates housed in our correctional facilities.

We are provided with three ways to contact the CPSS, 1) We can write them a letter, 2) we can call *99 on the inmate payphone system, or, 3) we can go on the computer kiosk where we have access to emails and interdepartmental requests.
I've already put in my input!
And plan on putting in my two-cents as much as possible.
Hopefully that's what all prisoners will be doing. I'm sure that this is all SCDS's worst nightmare--so many questions--so many jobs on the chopping block--but this is the beast that past administrations created. The cost of looking the other way while inhumane ideologies took root within prison policy. Rehabilitation got pushed aside for warehousing for profit.
I've been saying it for years and years on this blog--the purpose of prison has been forgotten, and prison employees lost sight of doing what is right by fellow humans. I am not here to be housed, I am not here for mere punishment; I am here because they believed me at one time to be danger to society … prison is suppose to "rehabilitate" me, and determine when I am able to re-enter society as a productive citizen. I agree that many prisoners will never be "safe" for society, but that doesn't justify forgetting about everyone else.

Prison Inc. needs to have its business license revoked, and we need a complete revamping of S.C. prisons, reformed at EVERY level. The old-school hard heads that buck of change, should be pushed on out of position--and replaced with fresh faces with fresh ideas with fresh views on life and humanity.
To any of my family and friends that want to put in their two-cents, you can weigh in on these issues by writing:

For years I've been putting myself out there by speaking against corruption within SCDC and the whole legal system in general of S.C., and I won't lie--it's caused me problems.
People don't like the truth.
They'll call you a snake, but that's only because they're afraid of their own secrets. I'm constantly being put against other prisoners that have inappropriate relations with prison staff, who manipulate things in their favour; and when it comes down to it, they're no more than a failed thug that got caught, and now they waive around a Bible while screaming, "Look at me, I'm a good little boy!"
I'm entitled to my right of free speech; and I will always exercise that right. Time will expose the corrupt, they know it, and that's why they're always so quick to punish anyone with the balls to speak out against them. If this blog ever comes to an abrupt halt, one of three things has occurred: 1) SCDC is violating my Constitutional Right by blocking me. 2) I've been killed. 3) I'm no longer in prison.
I prefer 3.
Although, I'd provide closure in that case; maybe even continue it to document my re-entry....
In any case, change is on the horizon, and I can see it coming.

I wanted to thank you for the compliment. This "Sarah Blueman" was one of the pieces I put in the art exhibit earlier this year -- it got a good response. The few that read its poem got a good laugh out if it too.

It's always great to get a positive response. Thank you, and I hope you enjoy others that I'll be sending in.

Scdc prison transfered my son Fred halcomb to Illinois night before he had court so he would miss his appeals then month later brought him back for appeals and did same thing transfered him back to Illinois where he knows no one night before his appeals twice.scdc has a problem with my son now he waits in Illinois for a appeals again years later.still waiting.scdc has hold on him so I can't get him transferred closer to pa where. His family lives so he can get visits.he hasn't had a visit for 19 yrs.i miss my son I want to be able to visit him before I pass away.he shouldn't be in Illinois I had to pay for his lawyer to fly to Illinois from sc to have a visit with my son about his case.this is crazy now he sits there stuck with no lawyer.can anyone help him.