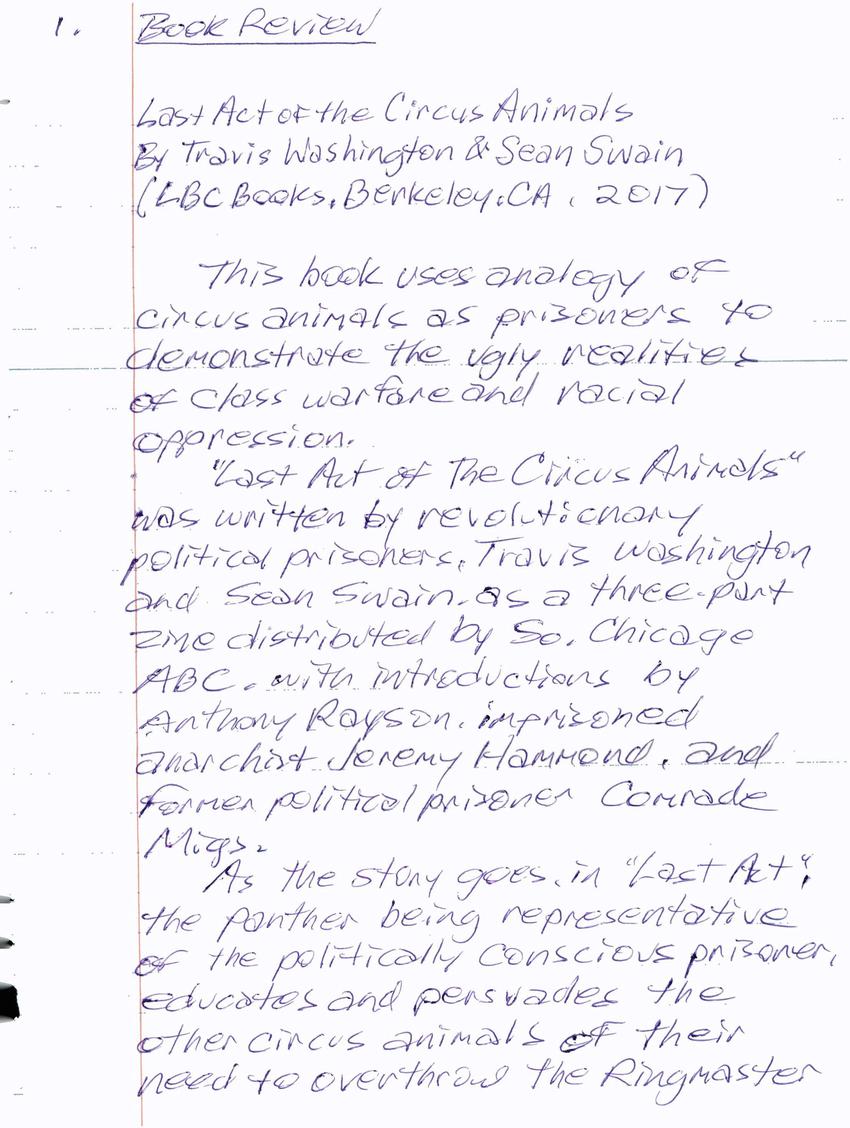 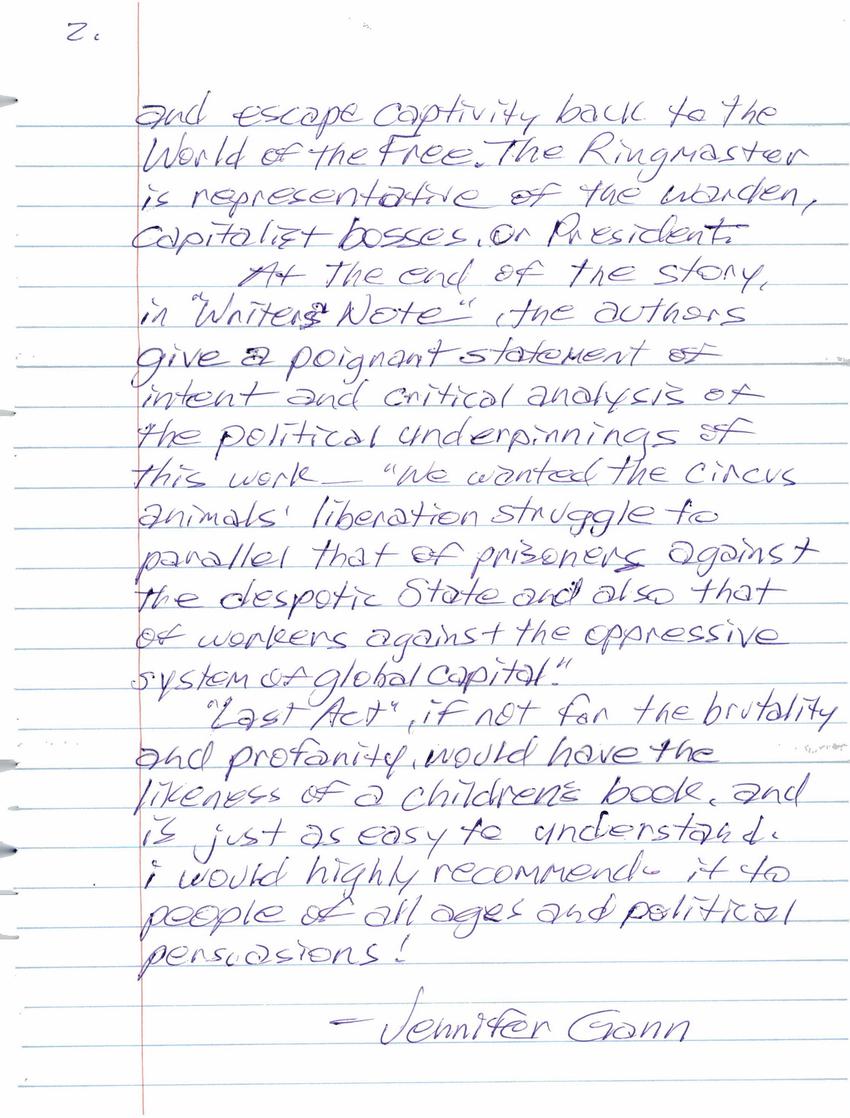 This book uses the analogy of circus animals as prisoners to demonstrate the ugly realities of class warfare and racial oppression.

At the end of the story, in the Writer's Note, the authors give a poignant statement of intent and critical analysis of the political underpinnings of this work. "We wanted the circus animals' liberation struggle to parallel that of prisoners against the deepest state and also that of workers against the oppressive system of global capital."

Last Act, if not for the brutality and profanity, would have the likeness of a children's book and it's just as easy to understand. I would highly recommend it to people of all ages and political persuasions!