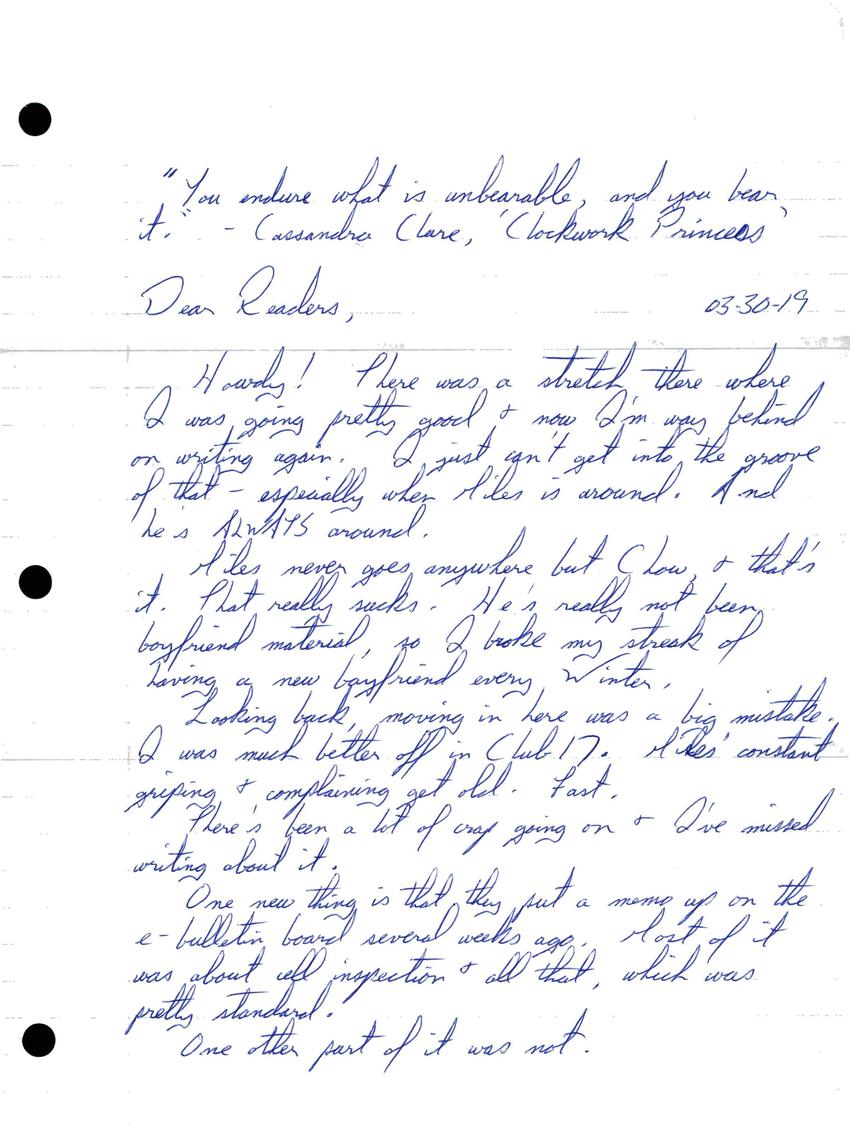 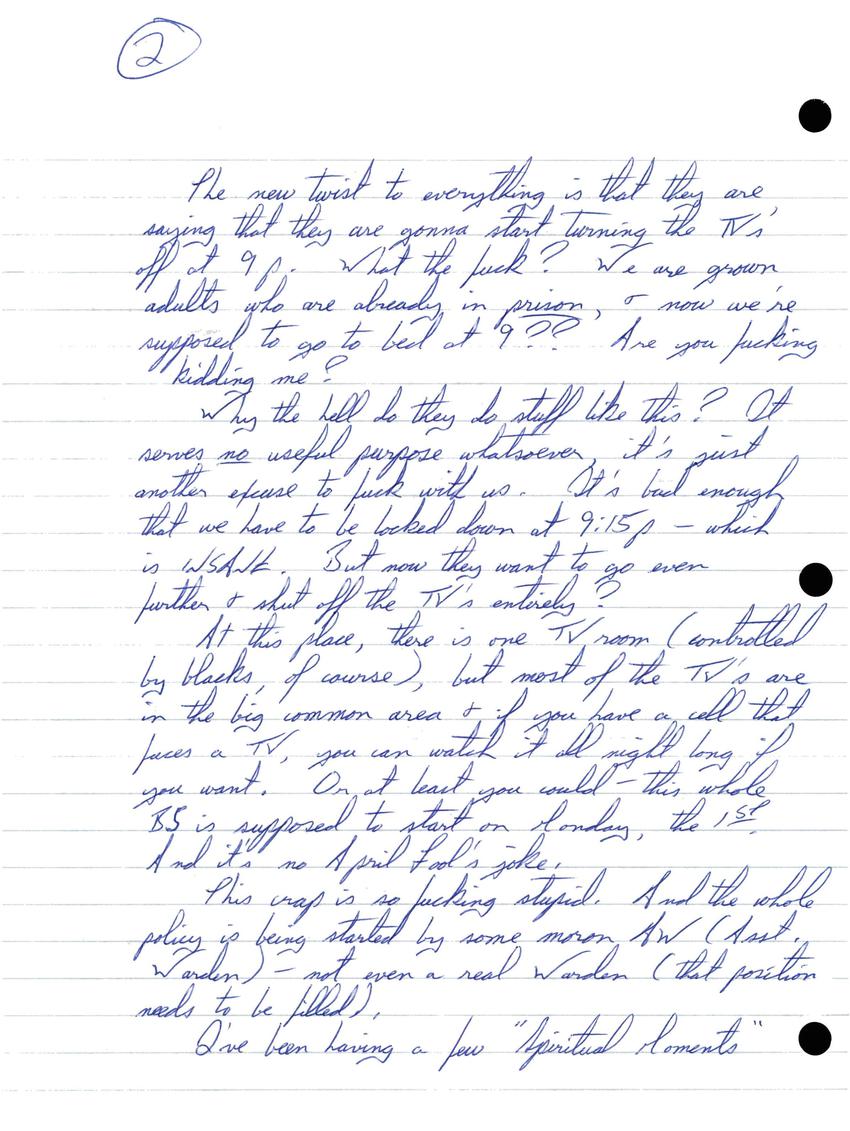 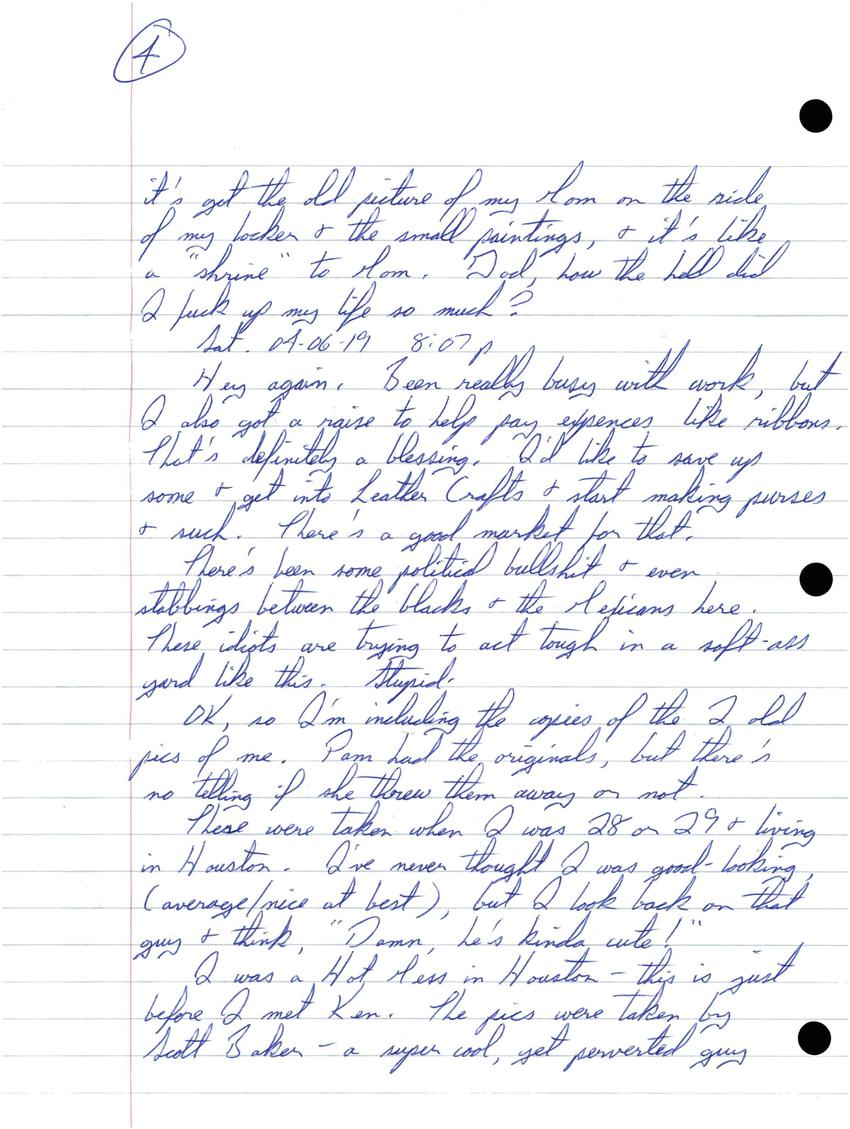 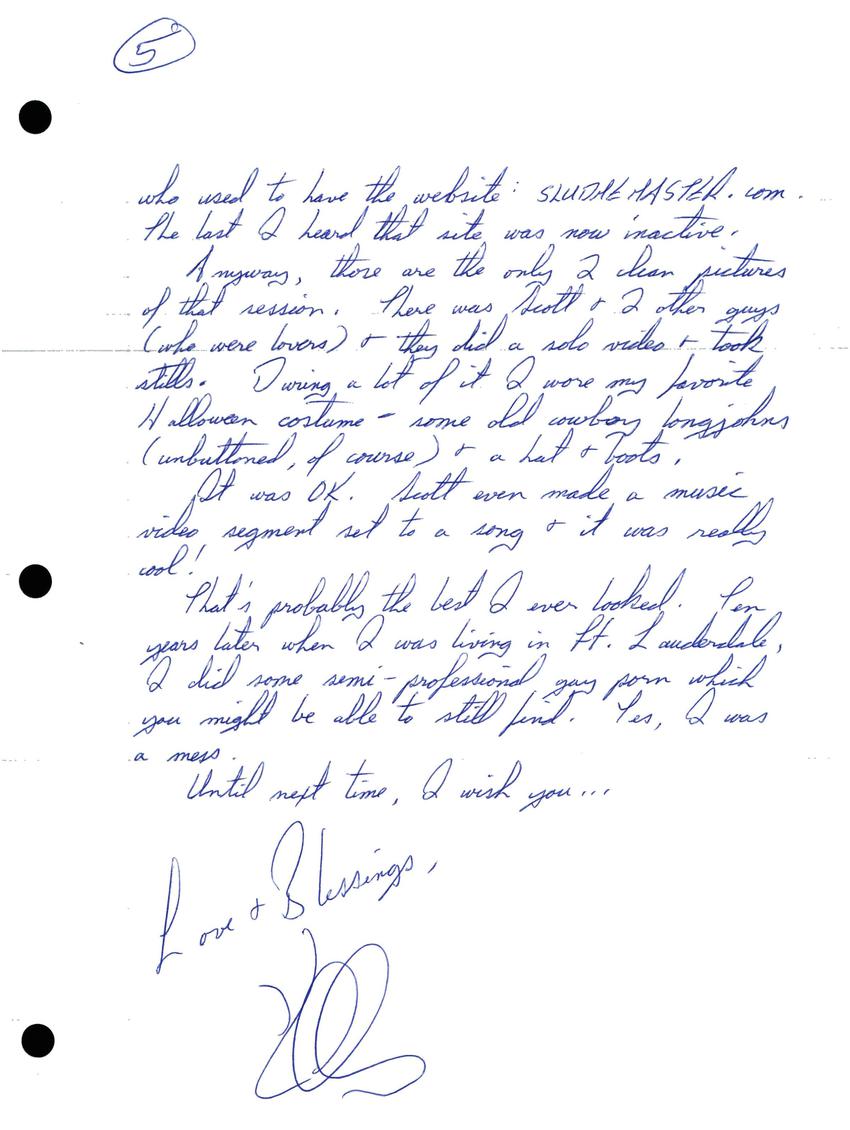 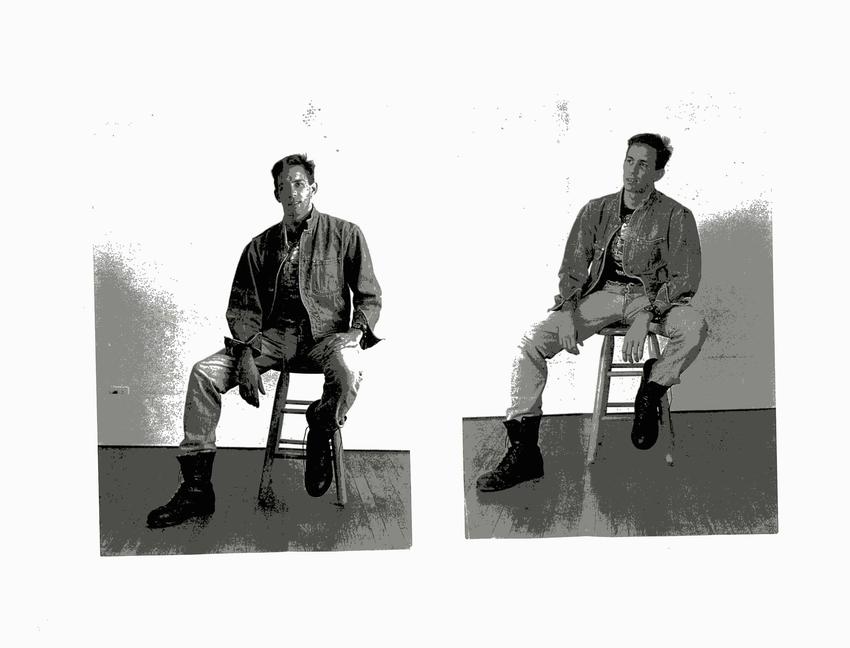 "You endure what is unbearable, and you bear it."
—Cassandra Clare, Clockwork Princess

Dear Readers,
Howdy! There was a stretch there where I was going pretty good and now I'm way behind on writing again. I just can't get into the groove of that—especially when Miles is around. And he's ALWAYS around. Miles never goes anywhere but Chow, and that's it. That really sucks. He's really not been boyfriend material, so I broke my streak of having a new boyfriend every winter.

Looking back, moving in here was a big mistake. I was much better off in Club 17. Miles's constant griping and complaining gets old. Fast.

There's been a lot of crap going on, and I've missed writing about it. One new thing is that they put a memo up on the ebulletin board several weeks ago. Most of it was about cell inspection and all that, which was pretty standard. One other part of it was not. The new twist to everything is that they are saying that they are gonna start turning the TVs off at 9 PM. What the fuck? We are grown adults who are supposed to go to bed at 9? Are you fucking kidding me?

Why the hell do they do stuff like this? It serves no useful purpose whatsoever. It's just another excuse to fuck with us. It's bad enough that we have to be locked down at 9:15 PM—which is INSANE. But now they want to go even further and shut off the TVs entirely?

At this place, there is one TV room (controlled by blacks, of course), but most of the TVs are in the big common area and if you have a cell that faces a TV, you can watch it all night long if you want. Or at least you could—this whole BS is supposed to start on Monday, the 1st, and it's no April Fool's joke. This crap is so fucking stupid. And the whole policy is being started by some moron AW (assistant warden)—not even a real warden. That position needs to be filled.

I've been having a few spiritual moments lately. That's partially a code for something.

Anyway, I took a hard look at myself recently. It was really tough. At one point I just sat on this fucking metal stool at this metal desk and put my hands over my face. I realized that everything from here on out is all downhill. My life is just going to get continually worse. I just don't see how the hell I'm going to pull myself out of the gutter when I'll get out of prison in my fucking 60s and have absolutely NOTHING and nowhere to go. And on top of that, I'll have all these completely insane restrictions on my life and have to somehow get by with this scarlet letter following me around for what's left of my miserable life.

I look at this stupid bunk bed and keep telling myself: this is my home. And it could be the best home I have for the rest of my life. Kill me now.

I had another spiritual moment that was tied to the recent one, and I just saw how I've set things up as a tribute to my mother. I feel like it's my way of saying, "I'm sorry." I think I've described my cell recently, but it's got the old picture of my mom on the side of my locker and the small paintings, and it's like a "shrine" to mom. God, how the hell did I fuck up my life so much?

Hey again. Been really busy with work, but I also got a raise to help pay expenses like ribbons. That's definitely a blessing. I'd like to save up some and get into leather crafts, and start making purses and such. There's a good market for that.

There's been some political bullshit and even stabbings between the blacks and the Mexicans here. Theses idiots are trying to act tough in a softass yard like this. Stupid.

Okay, so I'm including the copies of the two old pics of me. Pam had the originals, but there's no telling if she threw them away or not. These were taken when I was 28 or 29 and living in Houston. I've never thought I was good-looking (average/nice at best), but I look back on that guy and think, "Damn, he's kinda cute!"

I was a hot mess in Houston. This is just before I met Ken. The pics were taken by Scott Baker—a super cool yet perverted guy who used to have the website sludaemaster.com. The last I heard that site was now inactive.

Anyway, there are really only two clean pictures of that session. There was Scott and two other guys (who were lovers), and they did a solo video and took stills. During a lot of it, I wore my favorite Halloween costume—same old cowboy longjohns (unbuttoned, of course), and a hat, and boots. It was okay. Scott even made a music video segment set to a song and it was really cool!

Two black and white photos of Kelly sitting on a stool. He has short hair and a jeans jacket. One photo has him looking slightly to the left.