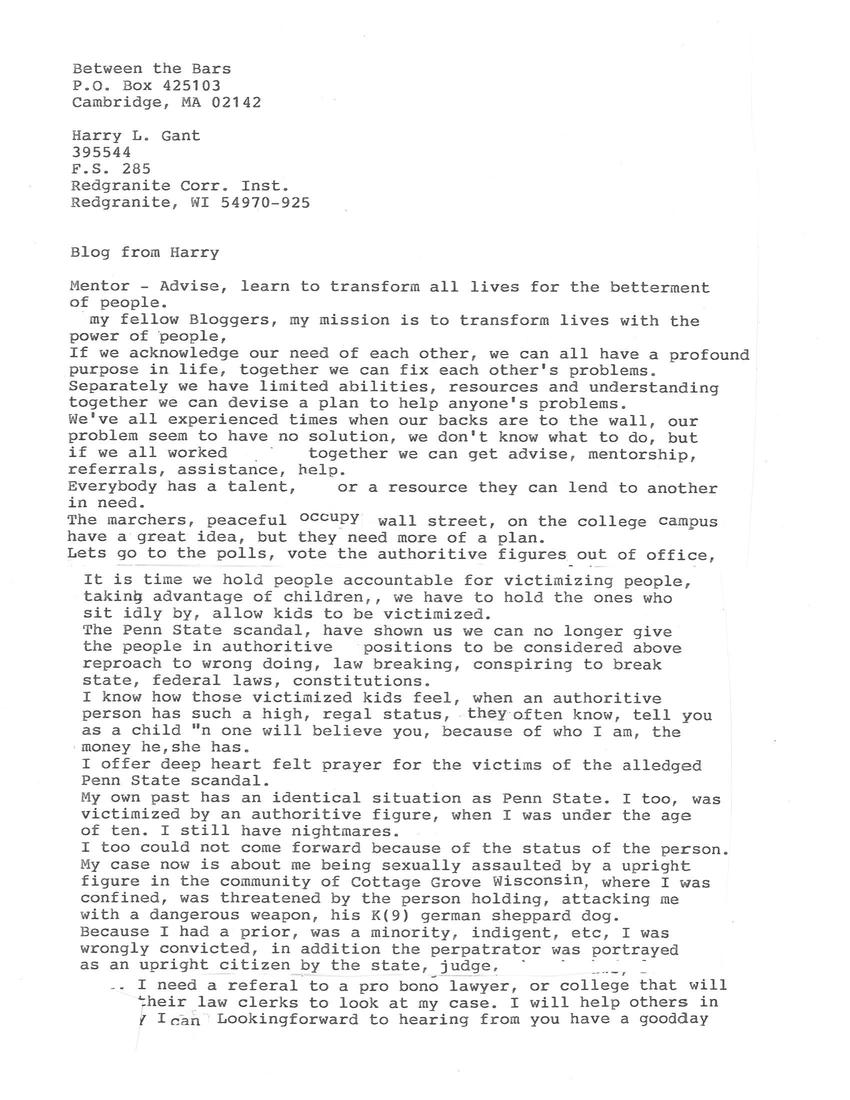 Mentor - advise, learn to transform all lives for the betterment of people.

My fellow bloggers, my mission is to transform lives with the power of people. If we acknowledge our need of each other, we can all have a profound purpose in life, together we can fix each other's problems. Separately, we have limited abilities, resources, and understanding. Together, we can devise a plan to help anyone's problems.

We've all experienced times when our backs are to the wall, our problem seem to have no solution. We don't know what to do, but if we all worked together we can get advice, mentoring, referrals, assistance, help. Everybody has a talent or a resource that they can lend to another in need.

The marchers, peacefully occupy Wall Street, on the college campus, have a great idea but they need more of a plan. Let's go to the polls, vote the authoritative figures out of office,

It is time we hold people accountable for victimizing people, taking advantage of children. We have to hold the ones who sit idly by and allow kids to be victimized. The Penn State scandal showed us that we can no longer give the people in authoritative positions to be considered above reproach to wrongdoing, law breaking, conspiring to break state and federal laws, and constitutions.

I know how these victimized kids feel. When an authoritative person has such a high, regal status, they often know and tell you as a child, "No one will believe you because of who I am." The money he or she has. I offer deep heartfelt prayer for the victims of the alleged Penn State scandal.

My own past has an identical situation as Penn State. I too was victimized by an authoritative figure when I was under the age of ten. I still have nightmares. I too could not come forward because of the status of the person. My case is now about me being sexually assaulted by an upright figure in the community of Cotton Grove, Wisconsin, where I was confined, threatened by the person holding and attacking me with a dangerous weapon: his K9 German Sheppard dog.

Because I had a prior, was a minority, indigent, etc., I was wrongly convicted. In addition, the perpetrator was portrayed as an upright citizen by the state and judge. [redacted]

I need a referral to a pro bono lawyer or college that will [redacted] their law clerks to look at my case. I will help others in [redacted] y I can. Looking forward to hearing from you. Have a good day.