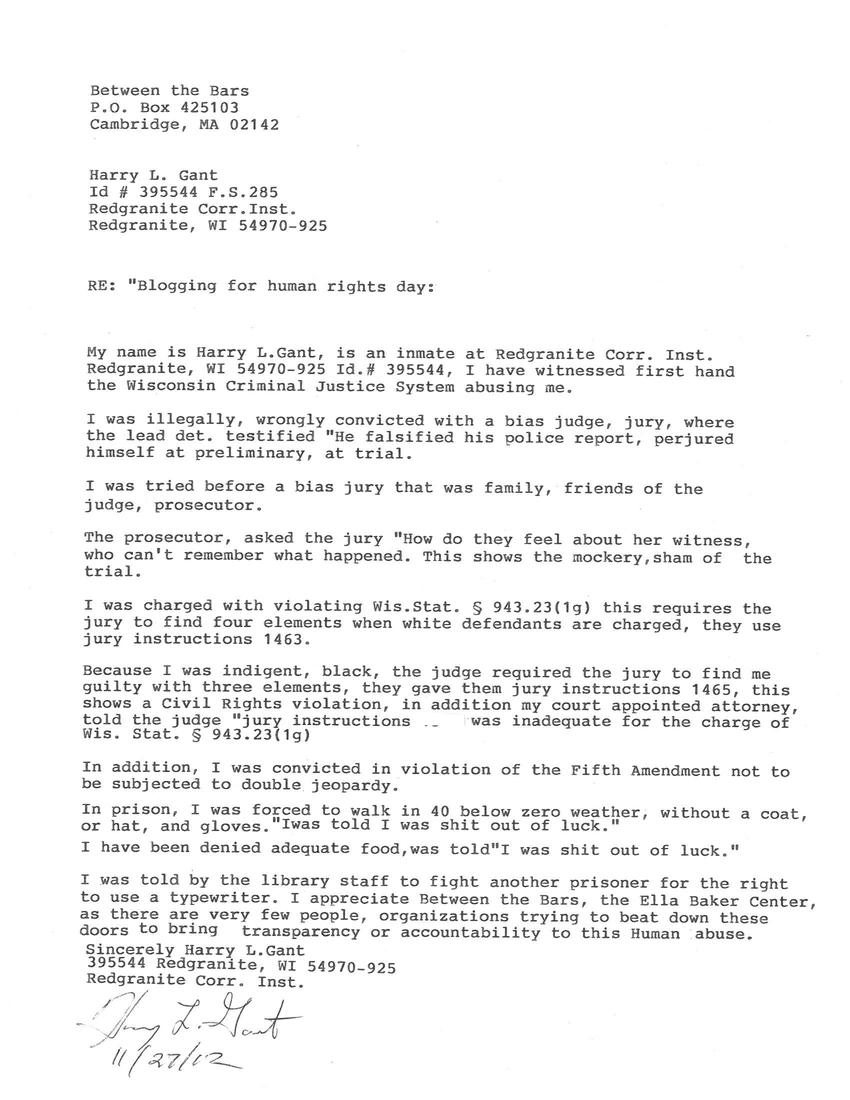 RE: Blogging for Human Rights Day:

My name is Harry L. Gant, is an inmate at Redgranite Corr. Inst. Redgranite, WI 54970-925 ID # 395544, I have witnessed first hand the Wisconsin Criminal Justice System abusing me.

I was illegally, wrongly convicted with a bias judge, jury, where the lead det. testified "He falsified his police report, perjured himself at preliminary, at trial.

I was tried before a bias jury that was family, friends of the judge, prosecutor.

The prosecutor, asked the jury "How do they feel about her witness, who can't remember what happened. This shows the mockery, sham of the trial.

I was charged with violating Wis. Stat. # 943.23(1g) this requires the jury to find four elements when white defendants are charged, they use jury instructions 1463.

Because I was indigent, black, the judge required the jury to find me guilty with three elements, they gave them jury instructions 1465, this shows a Civil Rights Violation, in addition to my court appointed attorney, told the judge "jury instructions [blanked out] was inadequate for the charge of Wis. Stat. # 943.23(1g).

In addition I was convicted in violation of the Fifth Amendment not to be subjected to double jeopardy.

In prison, I was forced to walk in 40 below zero weather, without a coat, or hat and gloves. "I was told I was shit out of luck".

I have been denied adequate food, was told "I was shit out of luck".

I was told by the library staff to fight another prisoner for the right to use a typewriter. I appreciate Between the Bars, the Ella Baker Center, as there are very few people, organizations trying to beat down these doors to bring transparency or accountability to this Human abuse.