Forgiveness, What does it take? 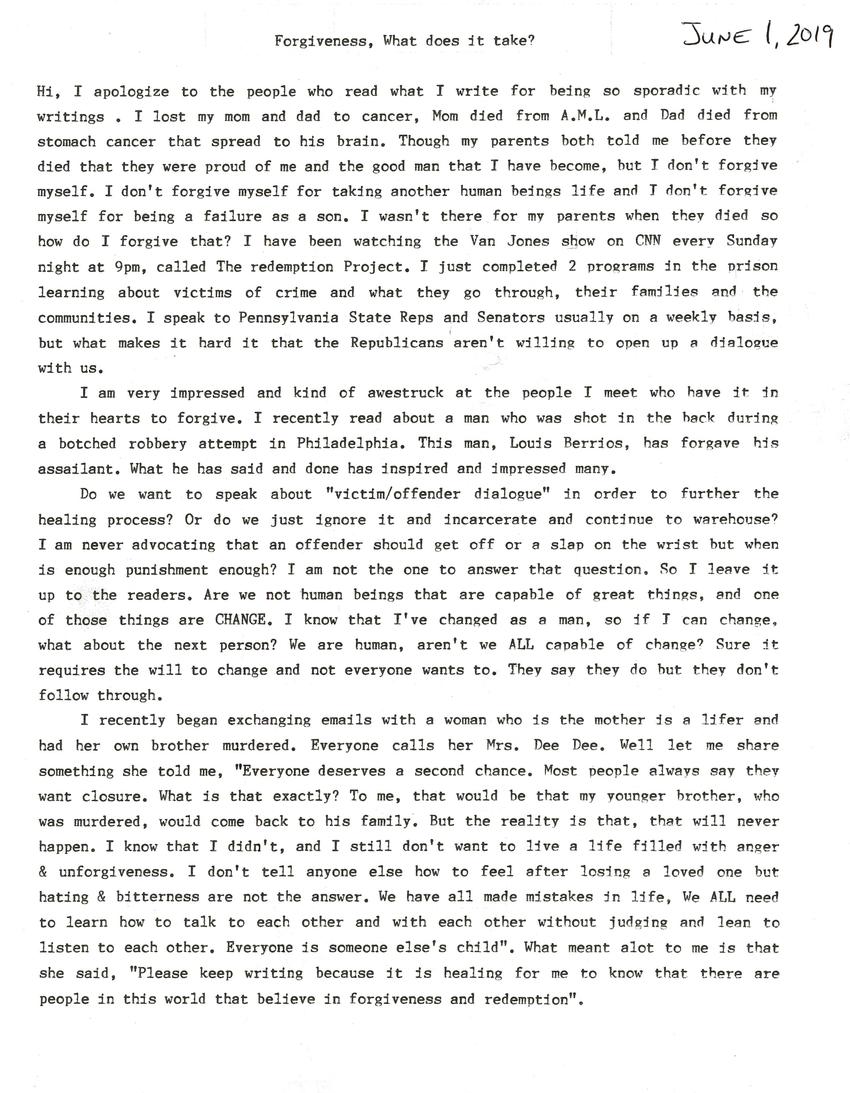 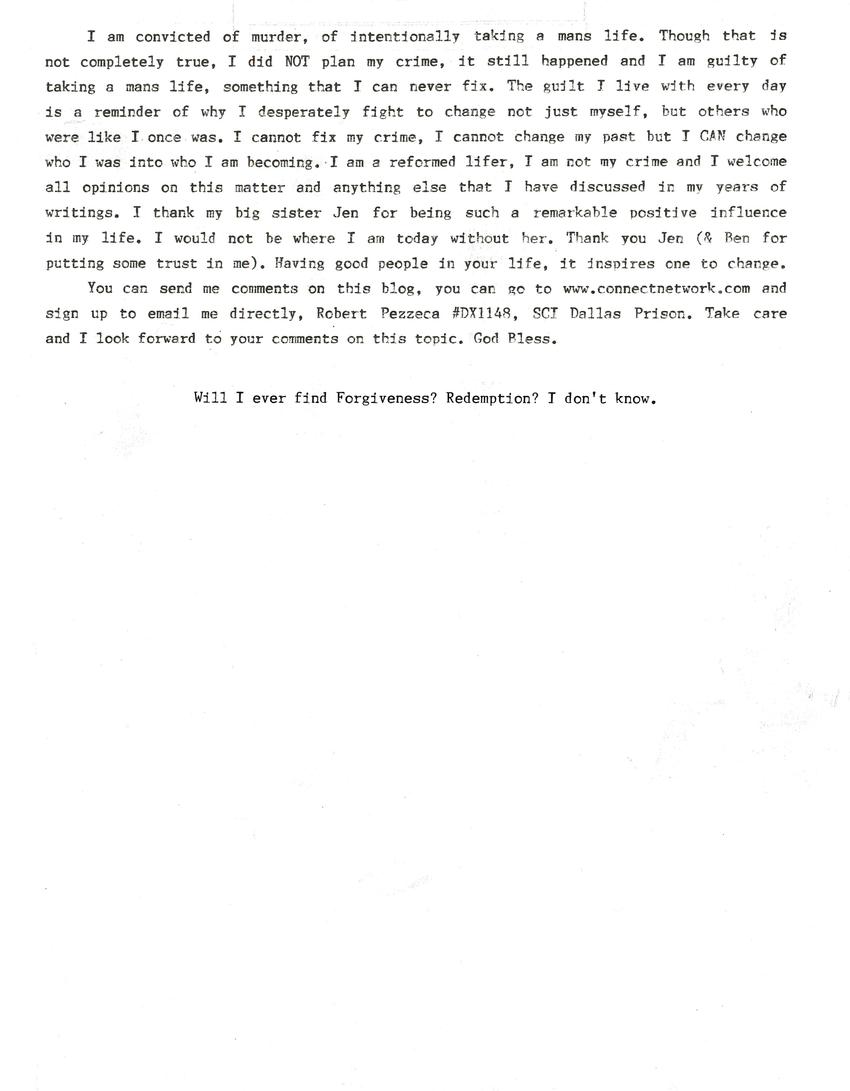 Hi. I apologize to the people who read what I write for being so sporadic with my writings.

I have been watching the Van Jones show on CNN every Sunday night at 9 PM, The Redemption Project. I just completed two programs in the prison learning about victims of crime and what they go through, their families and their communities. I speak to Pennsylvania state representatives and senators usually on a weekly basis. But what makes it hard is that the Republicans aren't willing to open up a dialogue with us.

I am very impressed and kind of awestruck at the people I meet who have it in their hearts to forgive. I recently read about a man who was shot in the back during a botched robbery attempt in Philadelphia. This man, Louis Berrios, has forgiven his assailant. What he has said and done inspired and impressed many.

Do we want to speak about victim-offender dialogue in order to further the healing process? Or do we just ignore it and incarcerate, continue to warehouse?

I am never advocating that an offender should get off on a slap on the wrist, but when is enough punishment enough? I am not the one to answer that question. So, I leave it up to the readers. Are we not human beings who are capable of great things?

One of those things is CHANGE. I know that I've changed as a man. So, if I can change, what about the next person? We are human. Aren't we ALL capable of change? Sure, it requires the will to change, and not everyone wants to. They say they do, but they don't follow through.

I recently began exchanging emails with a woman is the mother to a lifer and had her own brother murdered. Everyone calls her Mrs. Dee Dee. Well, let me share something else she told me.

"Everyone deserves a second chance. Most people always say they want closure. What is that exactly? To me, that would be that my younger brother, who was murdered, would come back to his family. But the reality is that, that will never happen. I know that I didn't, and I still don't, want to live a life filled with anger and unforgiveness. I don't tell anyone else how to feel after losing a loved one. But learning how to talk to each other and with each other, without judging, we can learn to listen to each other. Everyone is someone else's child."

What meant a lot to me is that she said, "Please keep writing because it is healing for me to know that there are people in this world that believe in forgiveness and redemption."

I am convicted of murder, of intentionally taking a man's life. Though that is not completely true—I did NOT plan my crime—but it still happened. I am guilty of taking a man's life, something that I can never fix. The guilt I live with every day is a reminder of why I desperately fight to change myself and others who were like I once was.

I cannot fix my crime. I cannot change my past. But I CAN change who I was into who I am becoming.

I am a reformed lifer. I am not my crime. I welcome all opinions on this matter and anything else that I have written on in my years of writing.

I thank my big sister Jen for being such a remarkable positive influence in my life. I would not be where I am today without her. Thank you, Jen (and Ben for putting some trust in me). Having good people in your life, it inspires one to change.

You can send me comments on this blog. You can also go to connectnetwork.com and sign up to email me directly (Robert Pezzeca, #DX1148, SCI Dallas Prison). Take care, and I look forward to your comments on this topic. God bless.

Will I ever find forgiveness? Redemption? I don't know.

Thanks for the nice words, but you were a good man long before you met me. I hope you know that! Love, Jen