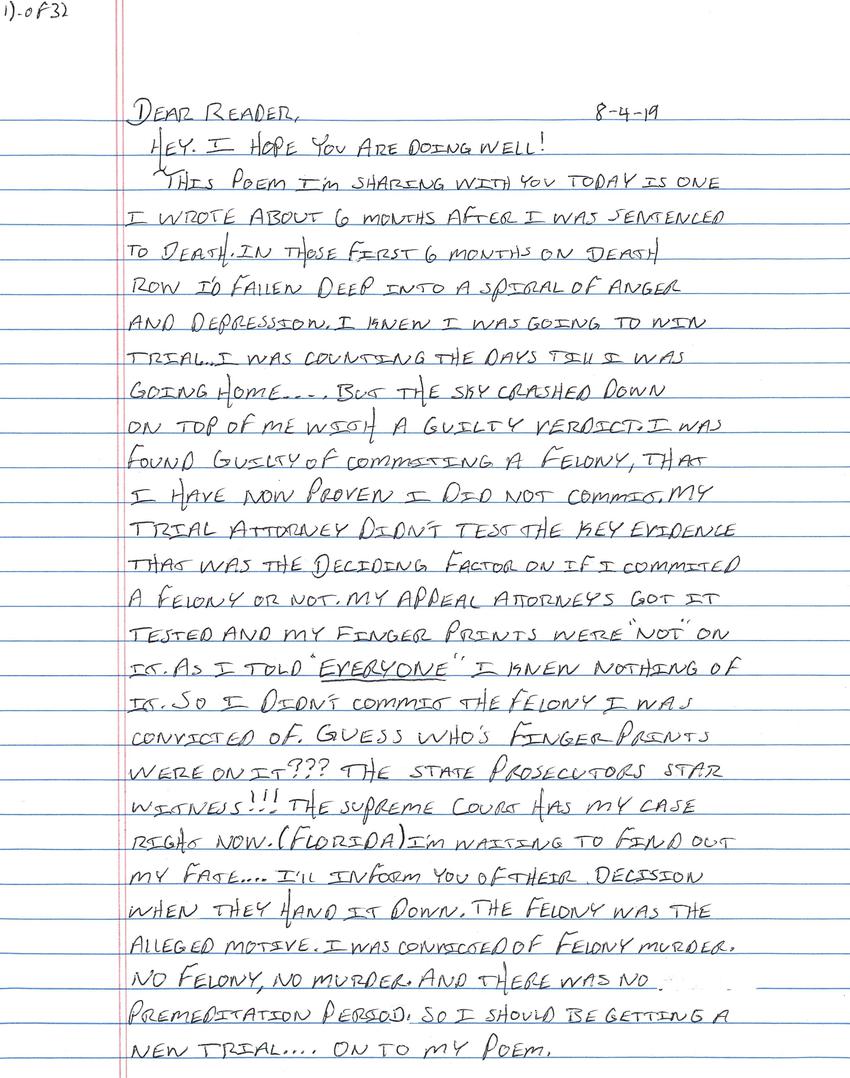 Dear Reader,
Hey. I hope you are doing well!

This poem I'm sharing with you today is one I wrote about six months after I was sentenced to death> In those first six months on death row, I'd fallen deep into a spiral of anger and depression. I knew I was going to win trial... I was counting the days till I was going home. But the sky crashed down on top of me with a guilty verdict.

I was found guilty of committing a felony that I have now proven that I did not commit. My trial attorney didn't test the key evidence that was the deciding factor on if I committed a felony or not. My appeal attorneys got it tested and my fingerprints were not on it. As I told everyone, I knew nothing of it. So, I didn't commit the felony I was convicted of.

Guess whose fingerprints were on it? The state prosecutor's star witness!

The Supreme Court (Florida) has my case now. I'm waiting to find out my fate. I'll inform you of their decision when they hand it down.

The felony was the alleged motive. I was convicted of felony murder. No felony, no murder. And there was no remediation period. So, I should be getting a new trial.

On to my poem.