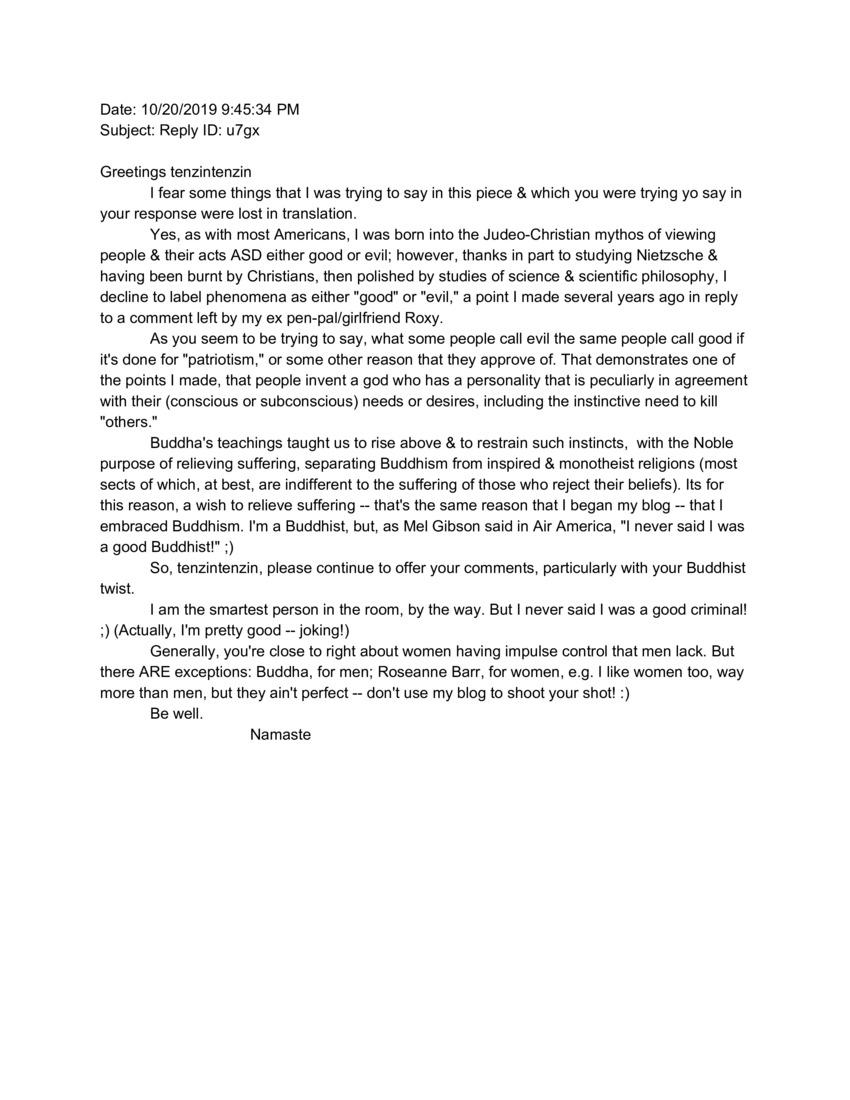 Yes, as with most Americans, I was born into the Judeo-Christian mythos of viewing people and their acts as either good or evil. However, thanks in part to studying Nietzsche and having been burned by Christians, then polished by studies of science and scientific philosophy, I decline to label phenomena as either good or evil, a point I made several ears ago in reply to a comment left by my ex pen-pal/girlfriend Roxy.

As you seem to be trying to say, what some people call evil the same people call good if it's done for patriotism, or some other reason that they approve of. That demonstrates one of the points I made, that people invent a god who has a personality that is peculiarly in agreement with their conscious or subconscious needs or desires, including the instinctive need to kill others.

Buddha's teachings taught us to rise above and to restrain such instincts with the noble purpose of relieving suffering, separating Buddhism from inspired and monotheist religions. Most sects of which, at best, are indifferent to the suffering of those who reject their beliefs. It's for this reason, a wish to relieve suffering—that's the same reason that I began my blog—that I embraced Buddhism. I'm a Buddhist but, as Mel Gibson said in Air America, I never said I was a good Buddhist! :)

So, tenzintenzin, please continue to offer your comments, particularly with your Buddhist twist.

I am the smartest person in the room, by the way. But I never said I was a good criminal! Actually, I'm pretty good—joking!

Generally, you're close to right about women having impulse control that men lack. But there are exceptions. Buddha for men, Roseanne Barr for women. e.g. I like women too, way more than men, but they ain't perfect—don't use my blog to shoot your shot! :)