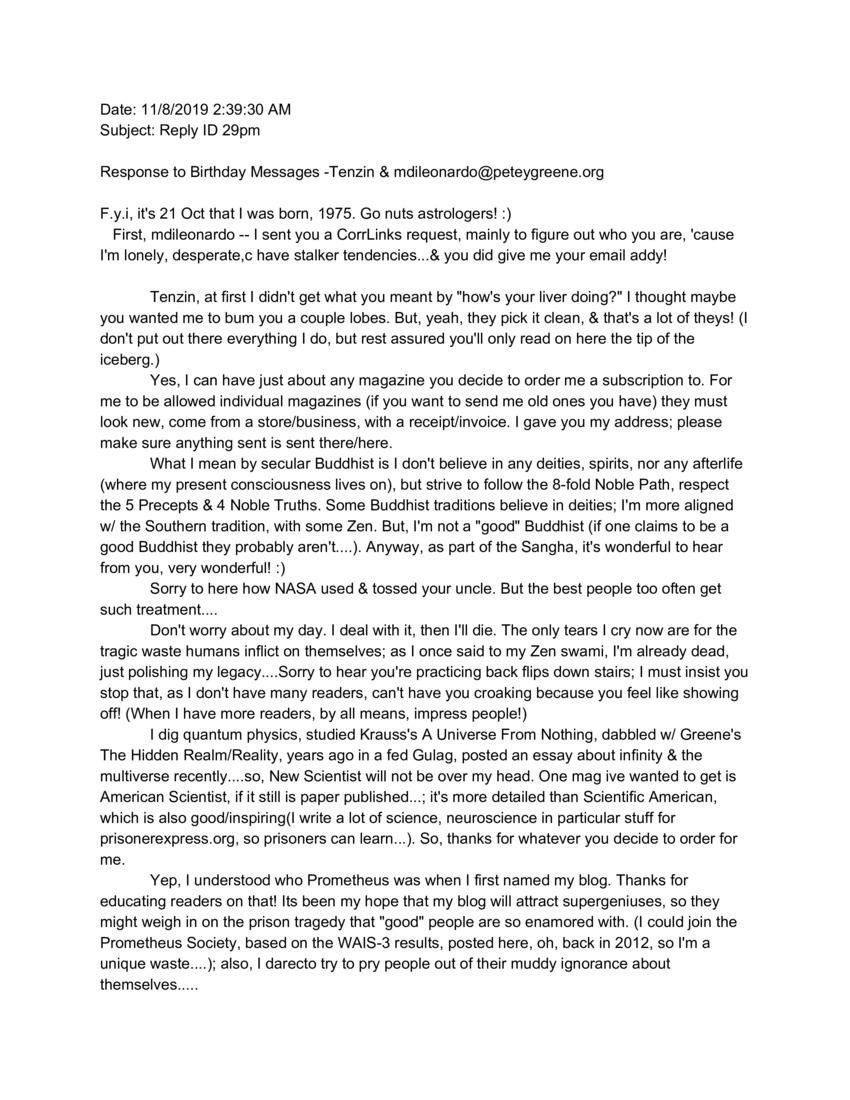 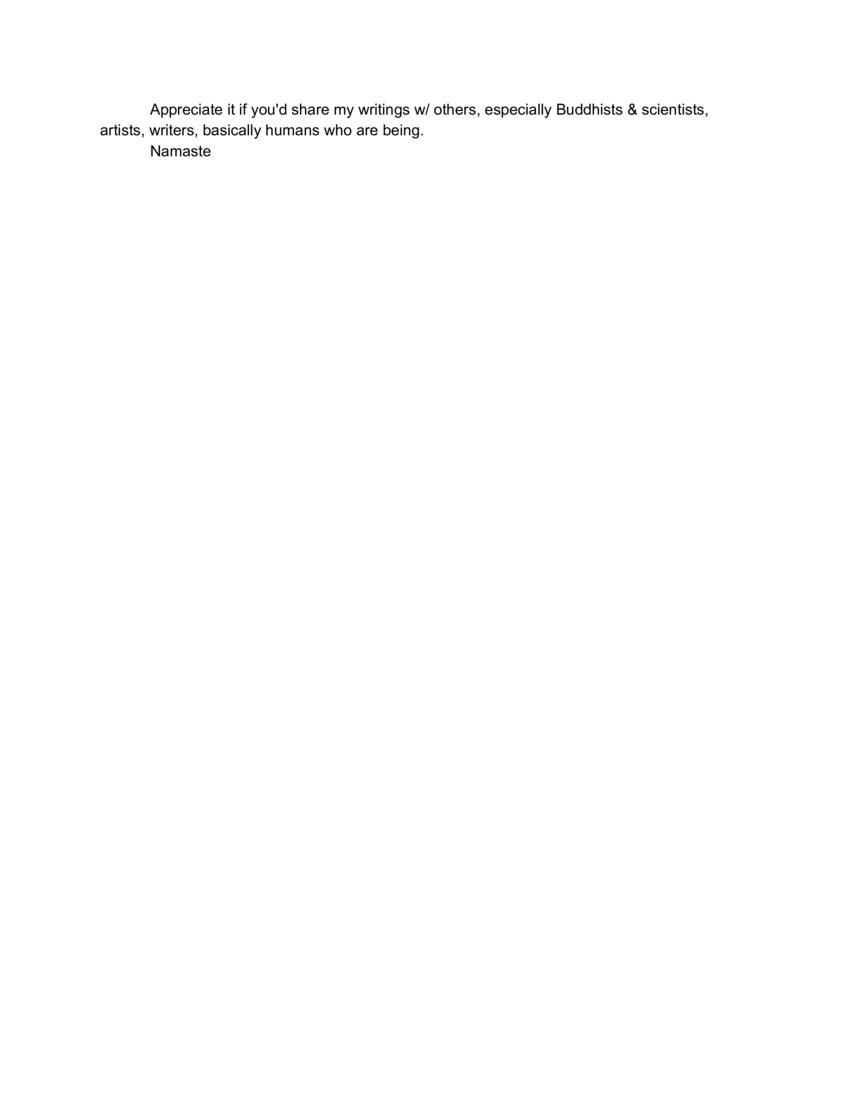 First, mdileonardo: I sent you a CorrLinks request, mainly to figure out who you are 'cause I'm lonely, desperate, and have stalker tendencies. And you did give me your email addy!

Tenzin, at first I didn't get what you meant by how's your liver doing? I thought maybe you wanted me to burn you a couple lobes. But yeah, they picked it clean and that's a lot of they's! I don't put out there everything I do, but rest assured: you'll only read on here the tip of the iceberg.

Yes, I can have just about any magazine you decide to subscribe for me. For me to be allowed individual magazines (if you want to send me old ones you have), they must look new, come from a store/business with a receipt/invoice. I gave you my address. Please make sure anything sent is sent there.

What I mean by secular Buddhist is I don't believe in any of the deities, spirits, nor any afterlife where my present consciousness lives on. But I strive to follow the Eight Fold Noble Path, respect the Five Precepts and Four Noble Truths. Some Buddhist teachings believe in deities. I'm more aligned with the Southern tradition with some Zen. But I'm not a "good" Buddhist (if one claims to be a good Buddhist, they probably aren't). Anyway, as part of the Sangha, it's wonderful to hear from you. Very wonderful! :)

Sorry to hear how NASA used and tossed your uncle. But the best people too often get such treatment.

Don't worry about my day. I deal with it then I'll die. The only tears I cry now are for the tragic waste humans inflict on themselves. As I once said to my Zen swami, I'm already dead. Just polishing my legacy.

Sorry to hear you're practicing black flips down stairs. I must insist you stop that as I don't have many readers. Can't have you croaking because you feel like showing off! When I have more readers, by all means impress people!

I dig quantum physics, studied Krauss's A Universe From Nothing, dabbled with Greene's The Hidden Realm and Reality years ago in a fed gulag. Posted an essay about infinity and the multiuniverse recently. So, New Scientist will not be over my head. One mag I've wanted to get is American Scientist if it is still paper published. It's more detailed than Scientific American, which is also good and inspiring.

I write a lot of science, neuroscience in particular, stuff for prisonexpress.org so prisoners can learn. So, thanks for whatever you decide to order for me.

Yep, I understood who Prometheus was when I first named by blog. Thanks for educating readers on that!

It's been my hope that my blog will attract super geniuses so they might weigh on the prison tragedy that "good" people are so enamored with. I could join the Prometheus Society based on the WAIS-3 results posted here in, oh, 2012. I'm a unique waste. Also, I darecto try to pry people out of their muddy ignorance about themselves.

Appreciate it if you'd share my writings with others, especially Buddhists and scientists, artists, writers—basically human beings who are being.