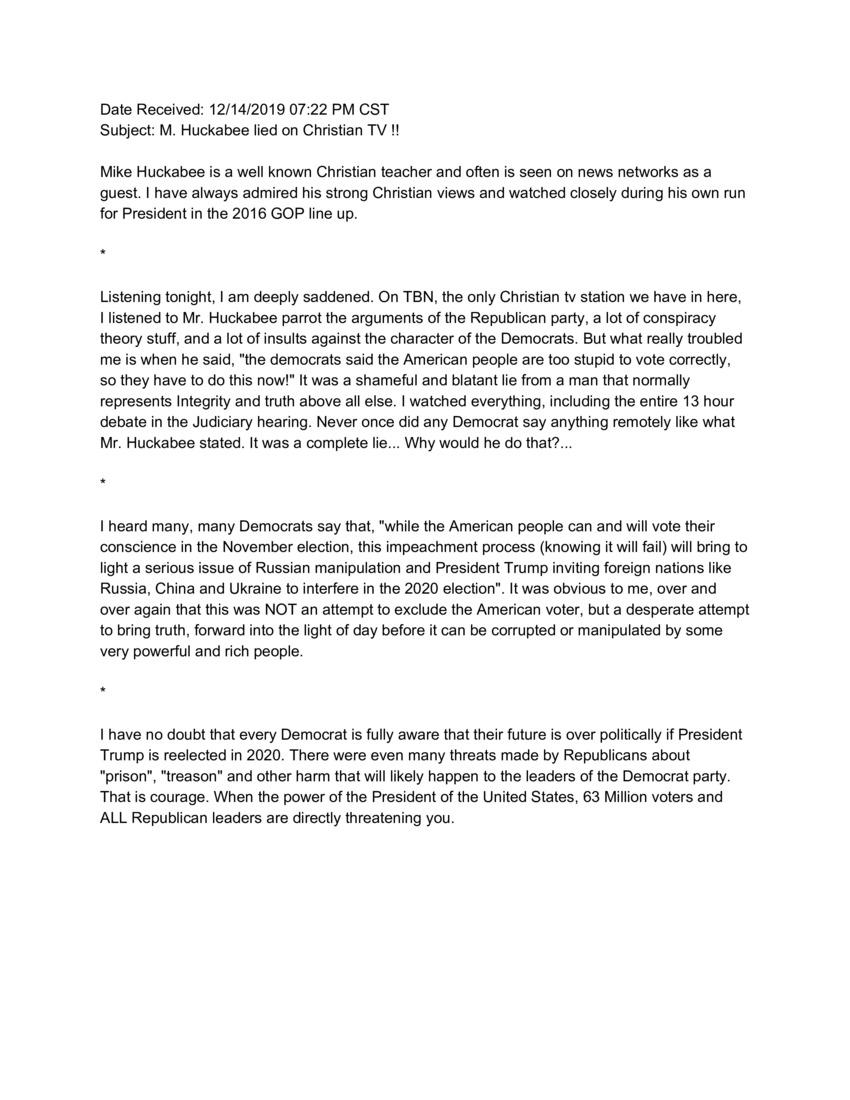 Mike Huckabee is a well known Christian teacher and often is seen on news networks as a guest. I have always admired his strong Christian views and watched closely during his own run for president in the 2016 GOP line up.

Listening tonight, I am deeply saddened. On TBN, the only Christian TV station we have in here, I listened to Mr. Huckabee parrot the arguments of the Republican party. A lot of conspiracy theory stuff and a lot of insults against the character of the Democrats.

But what really troubled me is when he said, "The Democrats said the American people are too stupid to vote correctly, so they have to do this now!" It was a shameful and blatant lie from a man that normally represents integrity and truth above all else.

I watched everything, including the entire 13 hour debate in the judiciary hearing. Never once did any Democrat say anything remotely like what Mr. Huckabee stated. It was a complete lie. Why would he do that?

I heard many, many Democracts say that, "While the American people can and will vote their conscience in the November election, this impeachment process (knowing it will fail) will bring to light a serious issue of Russian manipulation and President Trump inviting foreign nations like Russia, China and Ukraine to interfere in the 2020 election."

It was obvious to me over and over again that this was NOT an attempt to exclude the American voter but a desperate attempt to bring truth forward into the light of day before it can be corrupted or manipulated by some very powerful and rich people.

I have no doubt that every Democrat is fully aware that their future is over politically if President Trump is reelected in 2020. There were even many threats made by Republicans about prison, treason, and other harm that will likely happen to the leaders of the Democrat party. That is courage. When the power of the president of the United States, 63 million voters and ALL Republican leaders are directly threatening you.