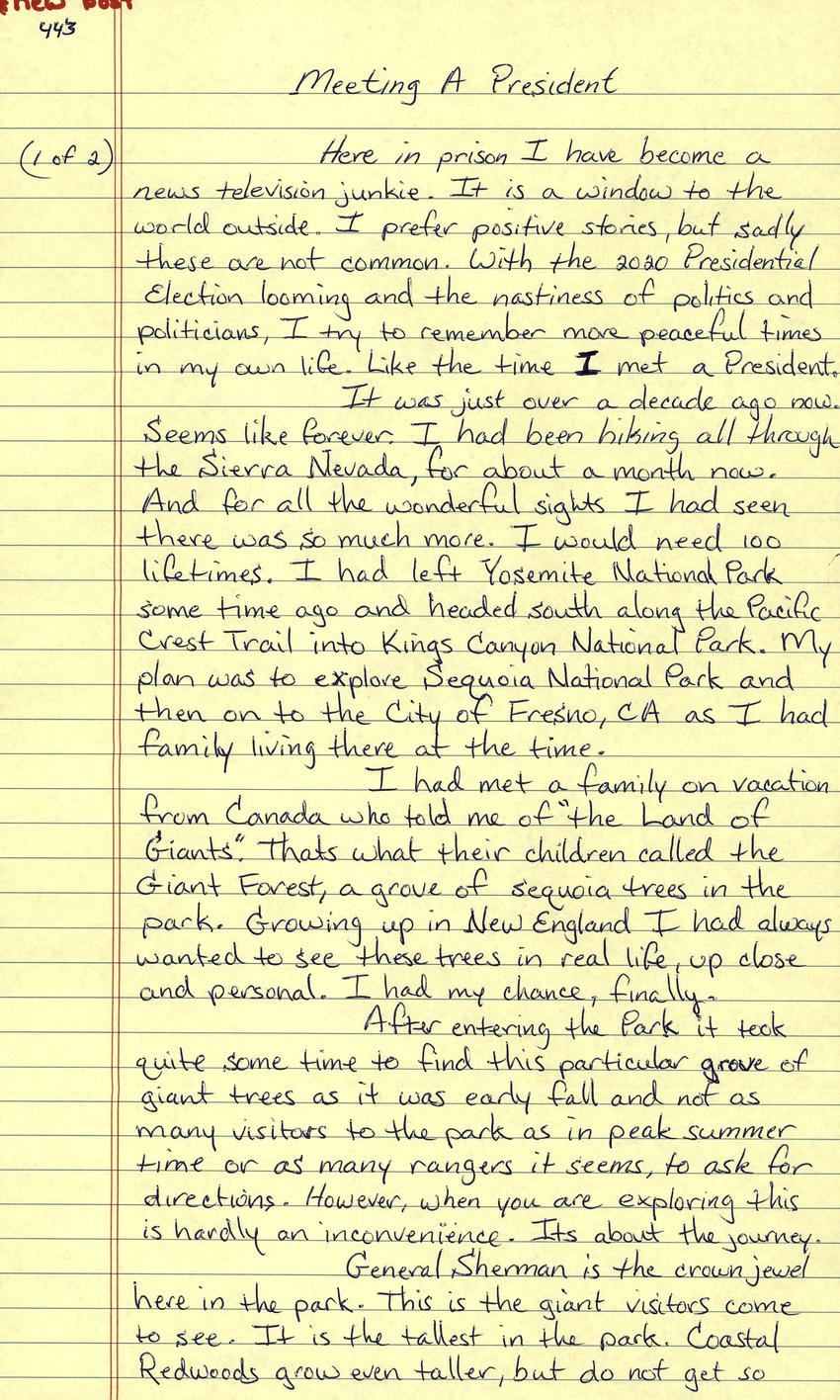 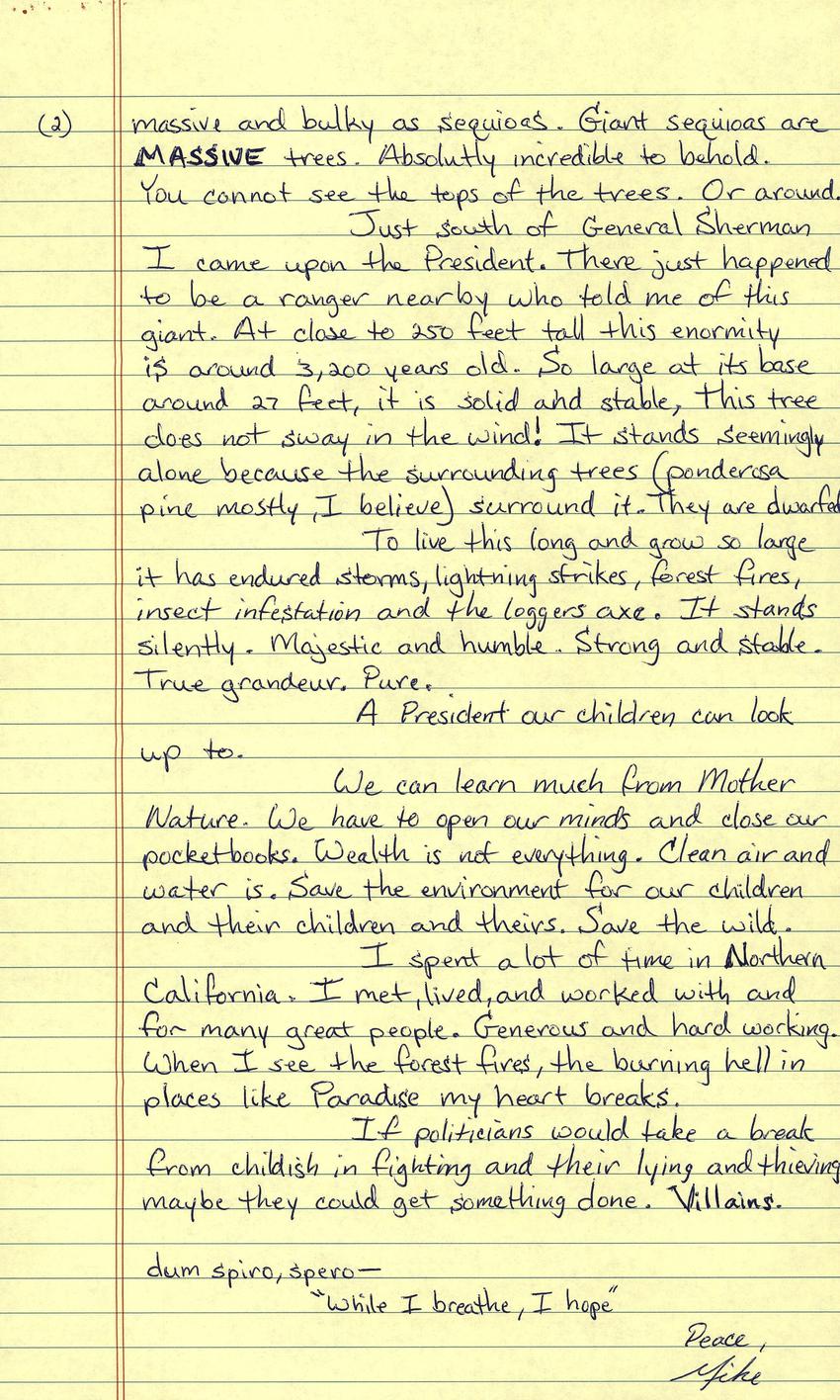 Here in prison I have become a news television junkie. It is a window to the world outside. I prefer positive stories, but sadly these are not common. With the 2020 presidential election looming and the nastiness of politics and politicians, I try to remember more peaceful times in my own life. Like the time I met a president.

It was over a decade ago now. Seems like forever. I had been hiking all through the Sierra Nevada for about a month now. And for all the wonderful sights I had seen, there was so much more. I would need 100 lifetimes. I had left Yosemite National Park some time ago and headed south along the Pacific Crest Trail into Kings Canyon National Park. My plan was to explore Sequoia National Park and then Fresno, CA as I had family living there at the time.

I had met a family on vacation from Canada who told me of the "Land of Giants". That's what their children called the Giant Forest, a grove of sequoia trees in the park. Growing up in New England, I had always wanted to see those trees in real life, up close and personal. I had my chance, finally.

After entering the park, it took some time to find this particular grove of giant tress as it was early fall and not as many visitors to the park as in peak summer time, or as many rangers it seems, to ask for directions. However, when you are exploring, this is hardly an inconvenience. It's about the journey.

General Sherman is the crown jewel here in the park. This is the giant visitors come to see. It is the tallest in the park. Coastal redwoods grow even taller, but do not get so massive and bulky as sequoias. Giant sequoias are MASSIVE tress. Absolutely incredible to behold. You cannot see the tops of the trees. Or around.

Just south of General Sherman I came upon the President. There just happened to be a ranger nearby who told me of this giant. At close to 250 feet tall this enormity is around 3,200 years old. So large at its base around 27 feet, it is solid and stable, this tree does not sway in the wind! It stands seemingly alone because the surrounding trees (ponderosa pine, mostly, I believe) surround it. They are dwarfed.

To live this long and grow so large, it has endured storms, lightning strikes, forest fires, insect infestation, and the logger's ax. It stands silently. Majestic and humble. Strong and stable. True grandeur. Pure.

A president our children can look up to.

I spent a lot of time in Northern California. I met, lived, and worked with and for many great people. Generous and hard working. When I see the forest fires, the burning hell in places like Paradise, my heart breaks.

If politicians would take a break from childish in-fighting and their lying and thieving, maybe they could get something done. Villians.

dum spiro, spero—
"While I breathe, I hope"