Wilderness In Green And Gray 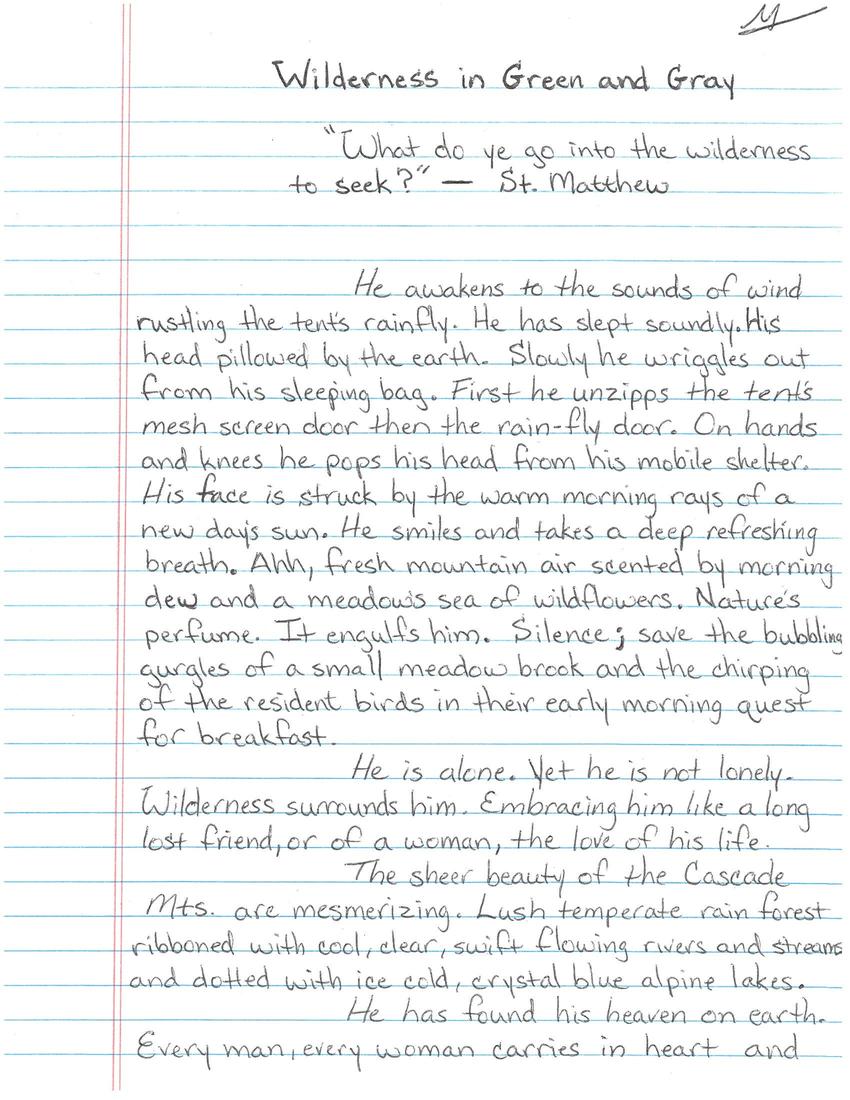 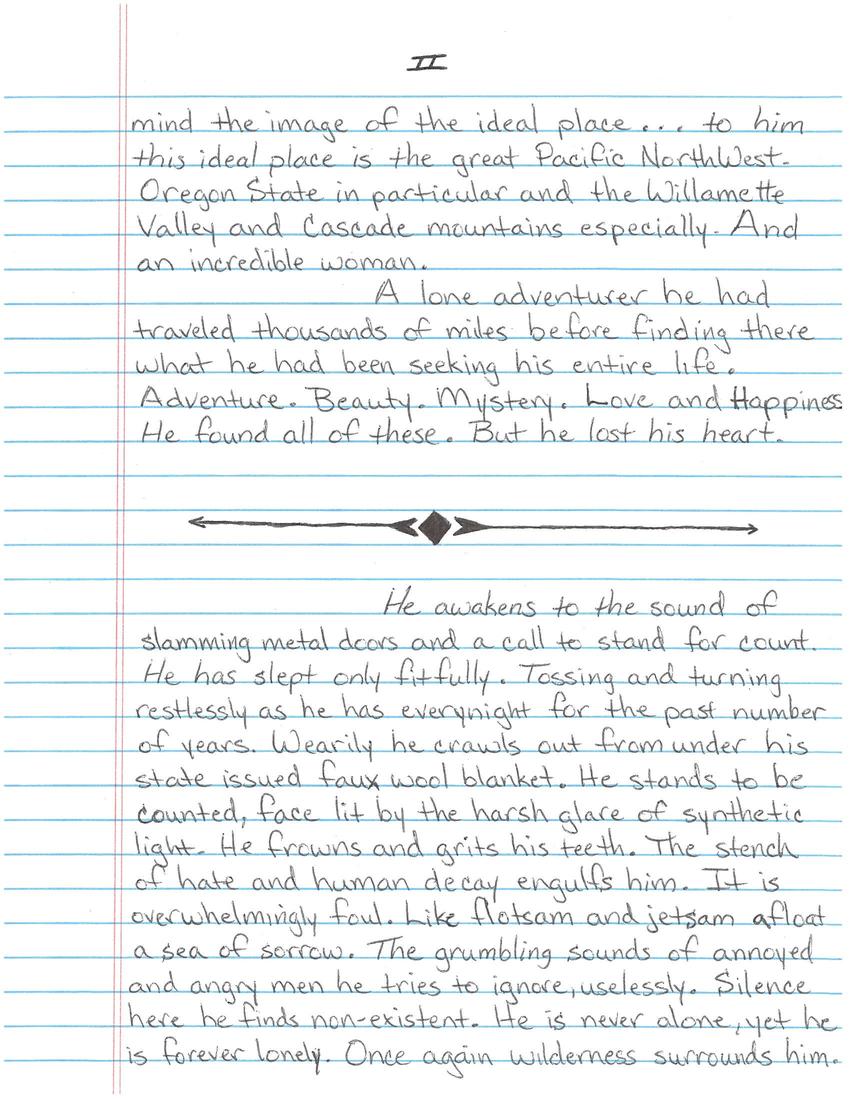 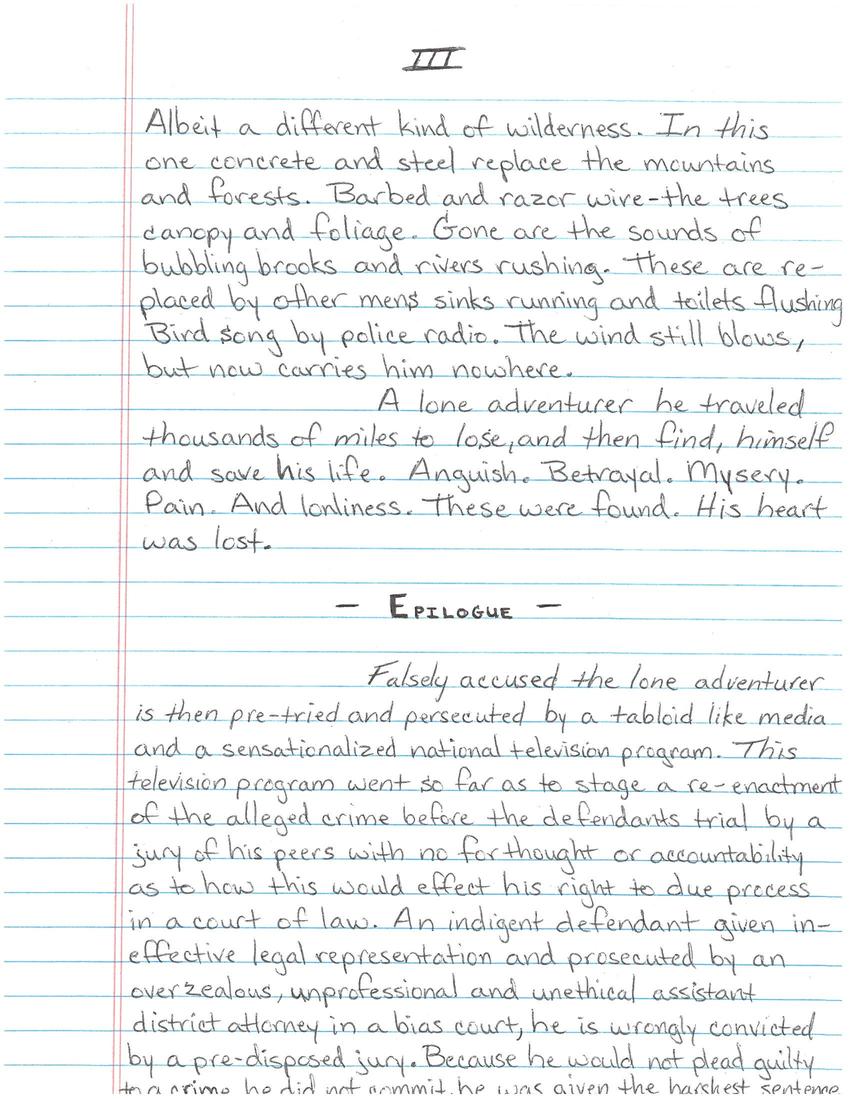 Wilderness in Green and Gray

"What do ye go into the wilderness to seek?" - St. Matthew

He awakens to the sounds of wind rustling the tent's rainfly. He has slept soundly. His head pillowed by the earth. Slowly he wriggles out from his sleeping bag. First he unzips the tent's mesh screen door then the rain-fly door. On hands and knees he pops his head from his mobile shelter. His face is struck by the warm morning rays of a new day's sun. He smiles and takes a deep refreshing breath. Ahh, fresh mountain air scented by morning dew and a meadow's sea of wildflowers. Nature's perfume. It engulfs him. Silence; save the bubbling gurgles of a small meadow brook and the chirping of the resident birds in their early morning quest for breakfast.

He is alone. Yet he is not lonely. Wilderness surrounds him. Embracing him like a long lost friend, or of a woman, the love of his life.

He has found his heaven on earth. Every man, every woman carries in heart and mind the image of the ideal place... to him this ideal place is the great Pacific North West. Oregon State in particular and the Willamette Valley and Cascade Mountains especially. And an incredible woman.

A lone adventurer he had traveled thousands of miles before finding there what he had been seeking his entire life. Adventure. Beauty. Mystery. Love and happiness. He found all of these. But he lost his heart.

He awakens to the sound of slamming metal doors and a call to stand for count. He has slept only fitfully. Tossing and turning restlessly as he has every night for the past number of years. Wearily he crawls out from under his state issued faux wool blanket. He stands to be counted, face lit by the harsh glare of synthetic light. He frowns and grits his teeth. The stench of hate and human decay engulfs him. It is overwhelmingly foul. Like flotsam and jetsam afloat a sea of sorrow. The grumbling sounds of annoyed and angry men he tries to ignore, uselessly. Silence here he finds non-existent. He is never alone, yet he is forever lonely. Once again wilderness surrounds him. Albeit a different kind of wilderness. In this one concrete and steel replace the mountains and forests. Barbed and razor wire - the trees' canopy and foliage. Gone are the sounds of bubbling brooks and rivers rushing. These are replaced by other men's sinks running and toilets flushing. Bird song by police radio. The wind still blows, but now carries him nowhere.

A lone adventurer he traveled thousands of miles to lose, and then find, himself and save his life. Anguish. Betrayal. Misery. Pain. And loneliness. These were found. His heart was lost.

Falsely accused the lone adventurer is then pre-tried and persecuted by a tabloid like media and a sensationalized national television program. This television program went so far as to stage a re-enactment of the alleged crime before the defendant's trial by a jury of his peers with no forethought or accountability as to how this would affect his right to due process in a court of law. An indigent defendant given ineffective legal representation and prosecuted by an overzealous, unprofessional and unethical assistant district attorney in a biased court, he is wrongly convicted by a pre-disposed jury. Because he would not plead guilty to a crime he did not commit, he was given the harshest sentence.

I just bumped in on your name, a while ago.:) Going through the list of inmates with a blog here. I am a pen pal of some few other friends here.
I am Belgian, but I lived 7 yrs in the US.3yrs in Utah and 4 in Ohio.
I read with a lot of interest what you wrote!The nature describing is great. I also traveled a lot in my life.
I don't know how you're doing right now? You can tell me on this blog.
I could see you didn't get any answers, which is a shame...
Eventually later we can write letters as pen pals.- smile
I really hope to hear a message from you.

Take care and know I care. 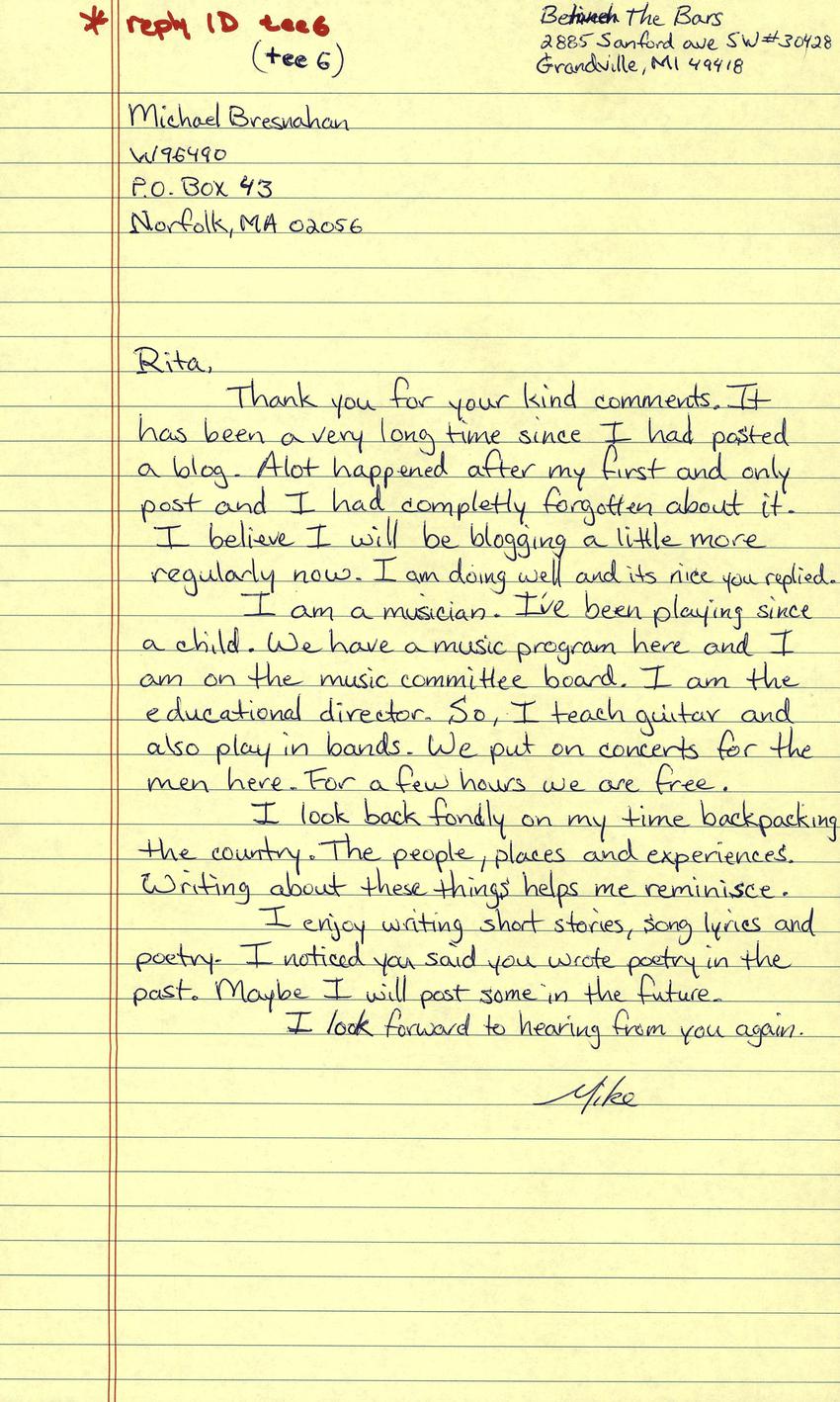