One day closer to parole... 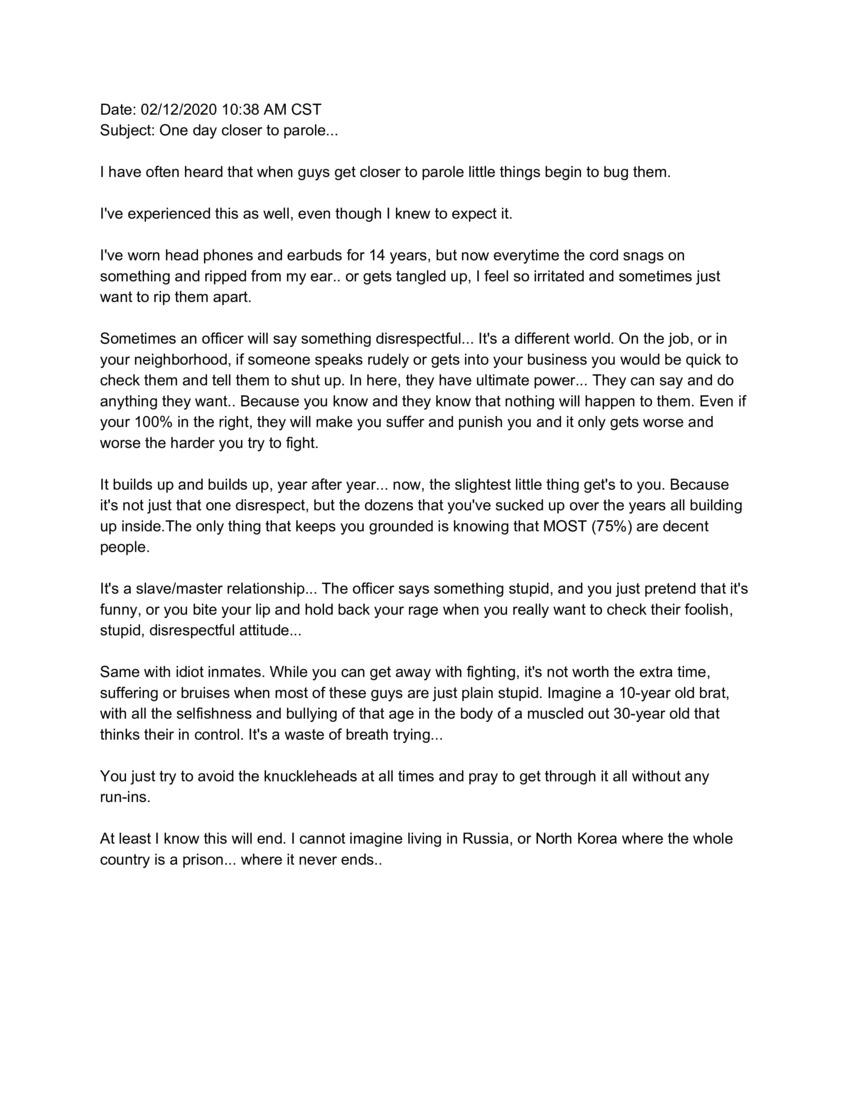 I have often heard that when guys get closer to parole little things begin to bug them.

I've experienced this as well, even though I knew to expect it.

I've worn headphones and earbuds for 14 years, but now every time the cord snags on something and is ripped from my ear or gets tangled up, I feel so irritated and sometimes just want to rip them apart.

Sometimes an officer will say something disrespectful. It's a different world. On the job or in your neighborhood, if someone speaks rudely or gets in your business, you would be quick to check them and tell them to shut up. In here, they have ultimate power. They can say and do anything they want. Because you know and they know that nothing will happen to them. Even if you're 100% in the right, they will make you suffer and punish you. It only gets worse and worse the harder you fight.

It builds and builds, year after year. Now, the slightest little thing gets to you. Because it's not just that one disrespect, but the dozens that you've sucked up over the years all building up inside. The only thing that keeps you grounded is knowing that MOST (75%) are decent people.

It's a slave and master relationship. The officer says something stupid, and you just pretend that it's funny or bite your lip and hold back your rage when you really want to check their foolish, stupid, disrespectful attitude.

Same with idiot inmates. While you can get away with fighting, it's not worth the extra time, suffering, or bruises when most of these guys are just plain stupid. Imagine a 10-year-old brat, with all the selfishness and bullying of that age, in the body of a muscled out 30-year-old who thinks they're in control. It's a waste of breath trying...

You just try to avoid the knuckleheads at all times and pray to get through it all without any run-ins.

At least I know this will end. I cannot imagine living in Russia or North Korea, where the whole country is a prison. Where it never ends.