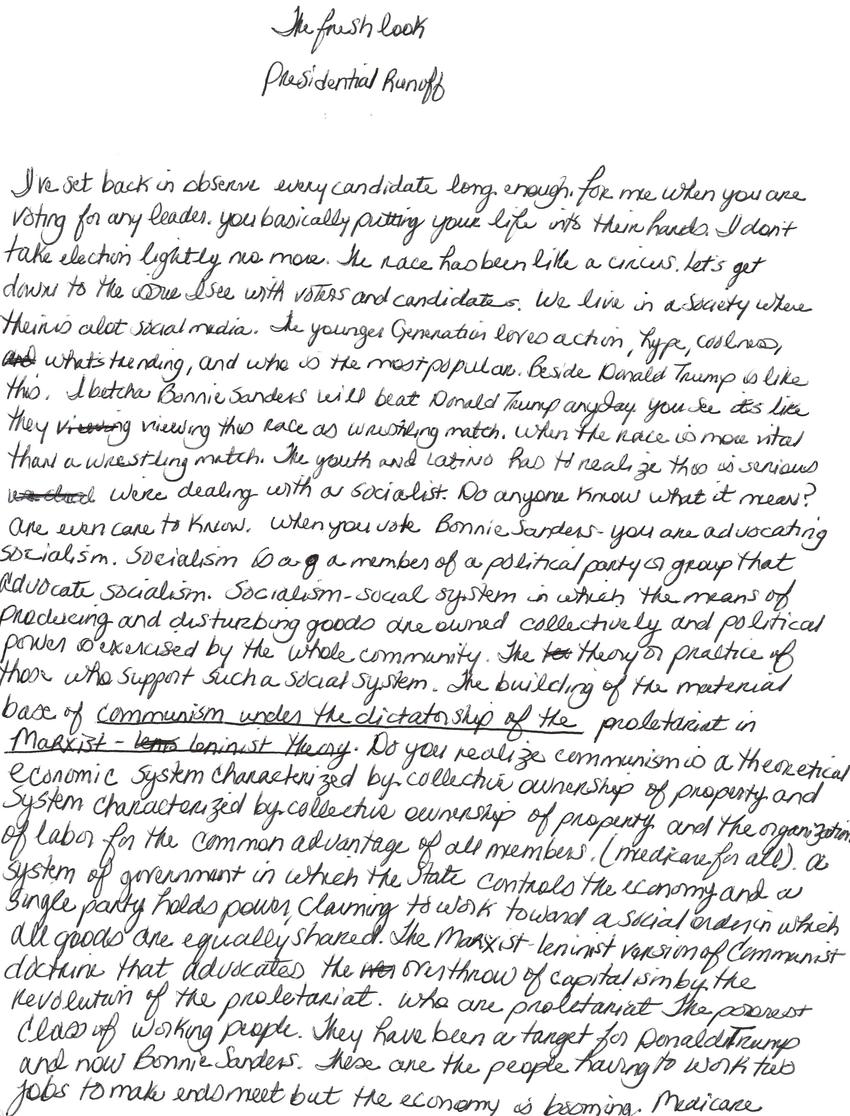 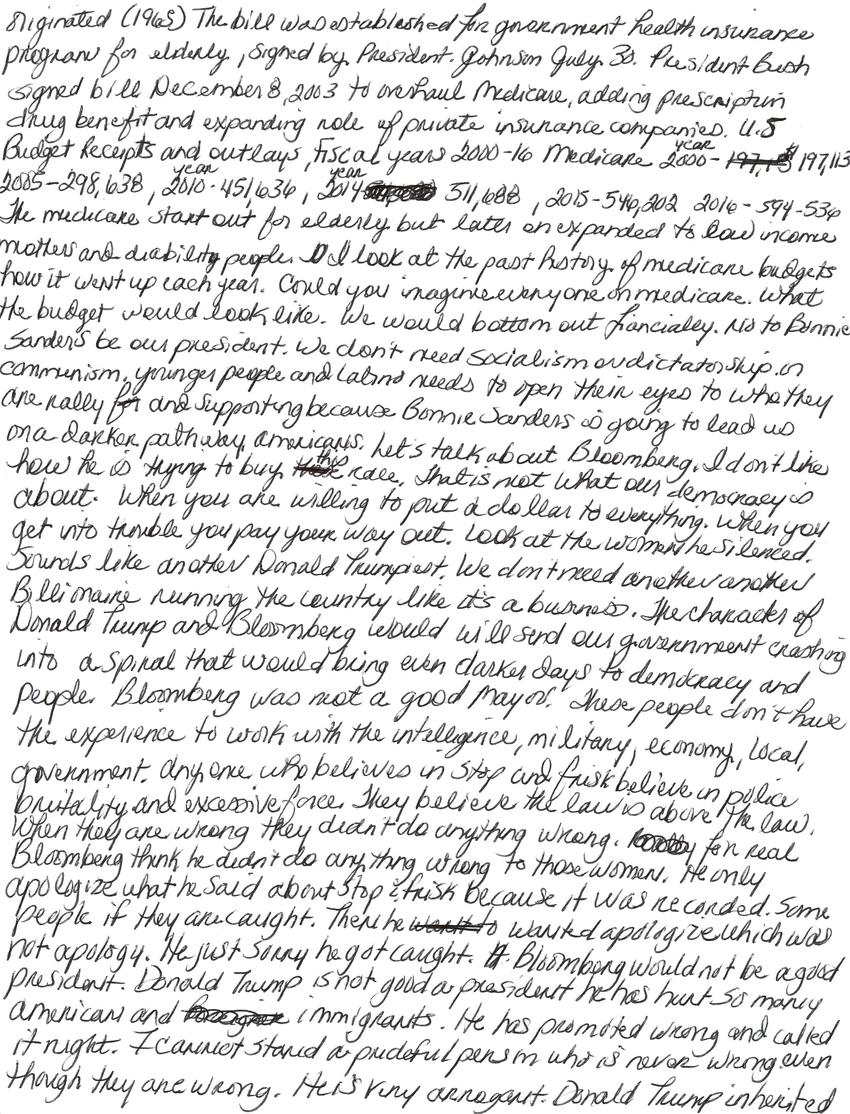 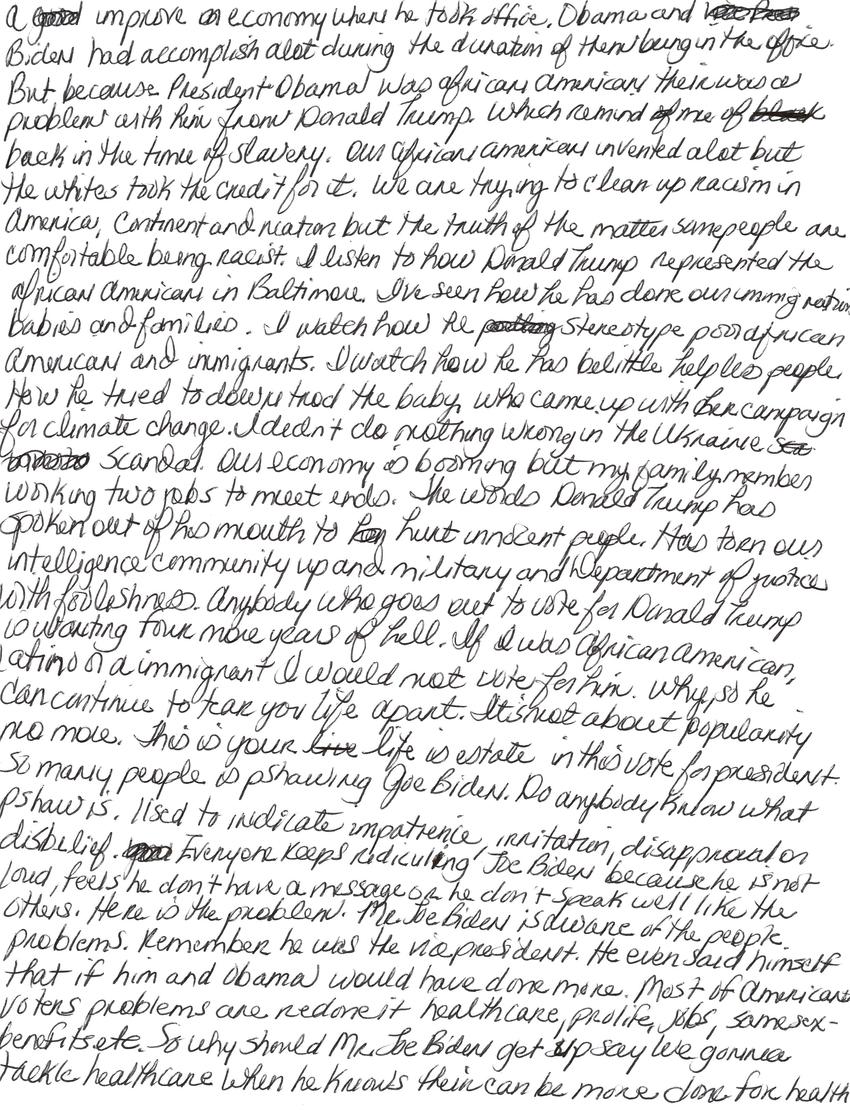 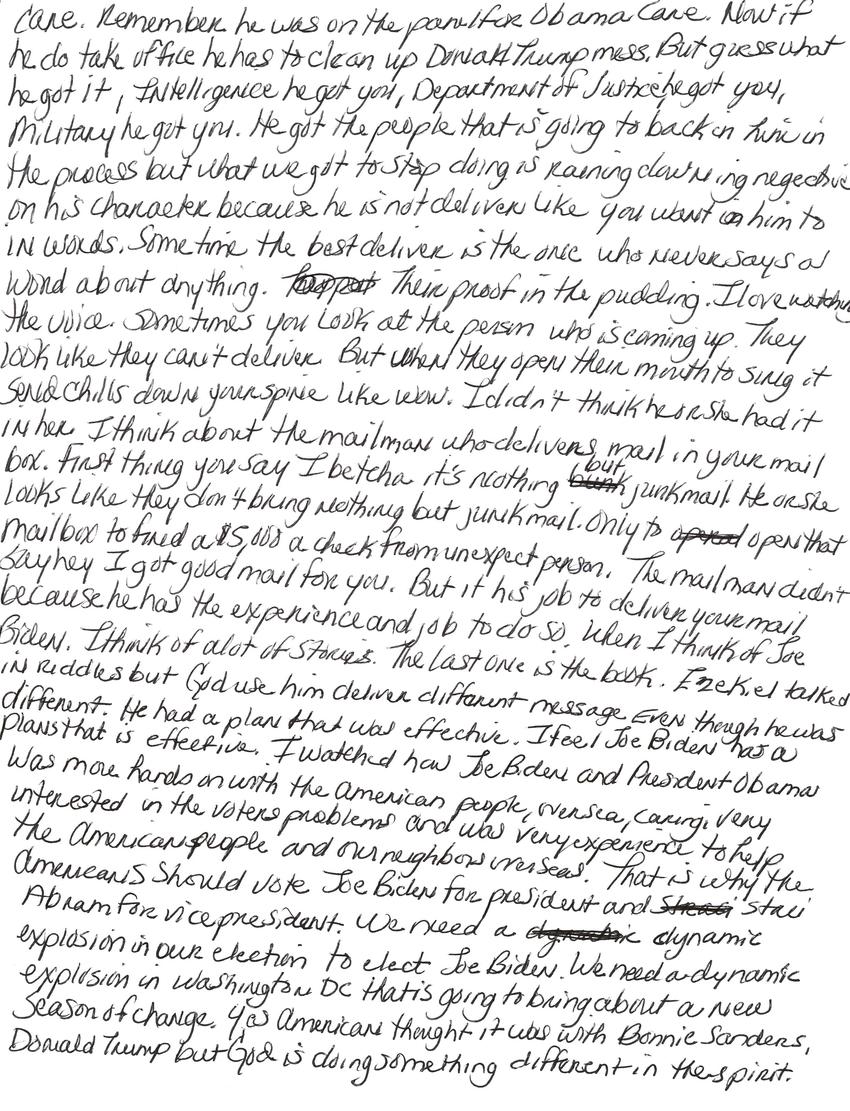 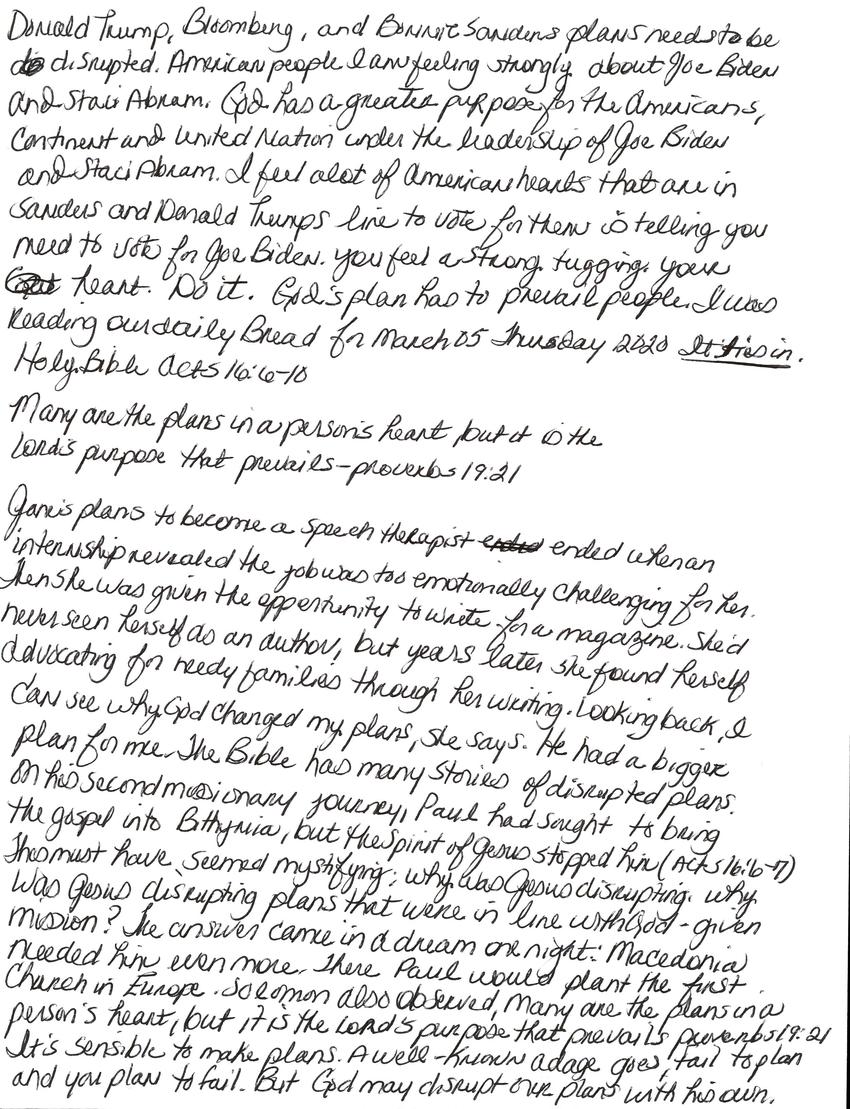 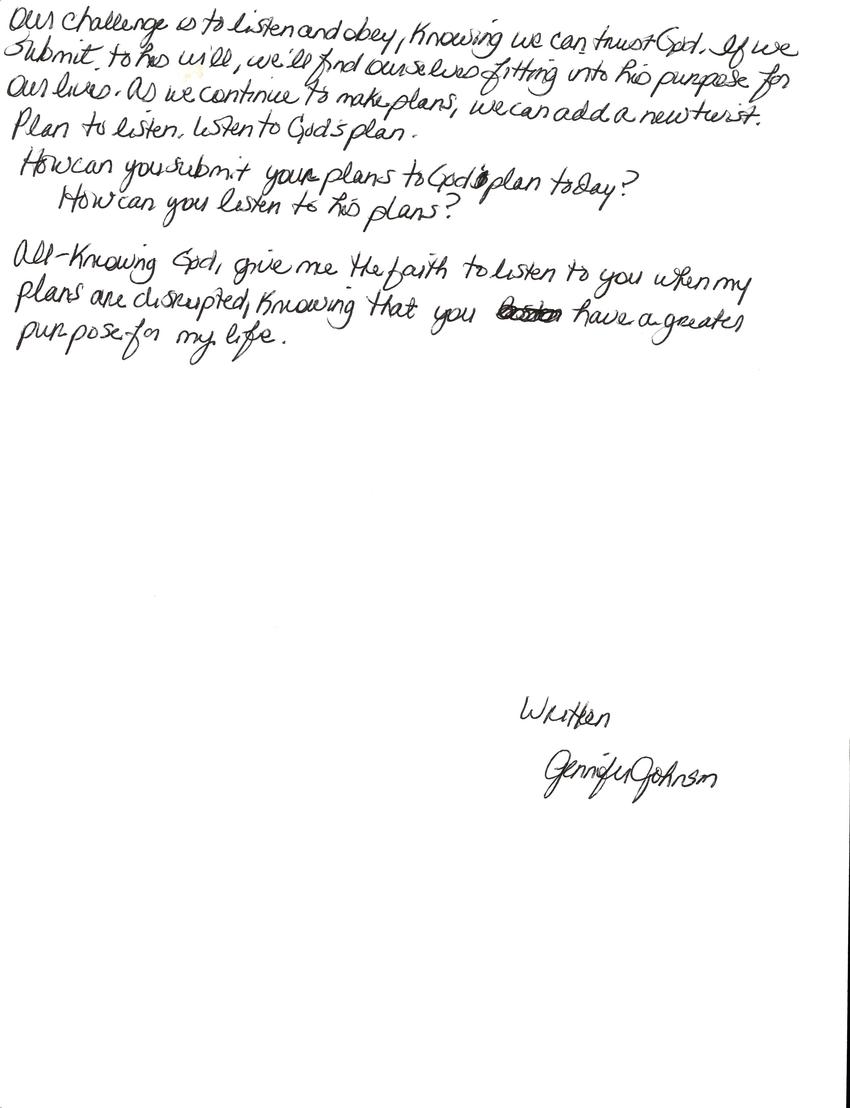 I've set back in observe every candidate long enough. For me when you are voting for any leaders, you basically putting your life into their hands. I don't take election lightly no more. The race has been like a circus. Let's get down to the issue I see with voters and candidates. We live in a society where there is a lot social media. The younger generation loves action, hype, coolness, what is trending, and who is the most popular. Beside Donald Trump is like this. I betcha Bernie Sanders will beat Donald Trump any day. You see, it's like they viewing this race as a wrestling match. When the race is more vital than a wrestling match. The youth and Latino has to realize this is serious. We're dealing with a socialist. Do anyone know what it mean? [?] even care to know. When you vote Bernie Sanders, you are advocating socialism. Socialism [?] a member of a political party group that advocate socialism. Socialism - social system in which the means of producing and distributing goods are owned collectively and political power is exercised by the whole community. The theory or practice of those who support such a social system. The building of the material base of communism under the dictatorship of the [illegible]. Do you realize communism is a theoretical economic system characterized by collective ownership of property and the organization of labor for the common advantage of all members (medicare for all). A system of government in which the state controls the economy and a single party holds power claiming to work toward a social [?] in which all goods are equally shared. The Marxist-Leninist version of communist doctrine that advocates the overthrow of capitalism by the revolution of the proletariat the poorest class of working people. They have been a target for Donald Trump and now Bernie Sanders. These are the people having to work two jobs to make ends meet but the economy is booming. Medicare originates (1965). The bill was established for government health insurance program for elderly, signed by President Johnson July 30. President Bush signed bill December 8, 2003