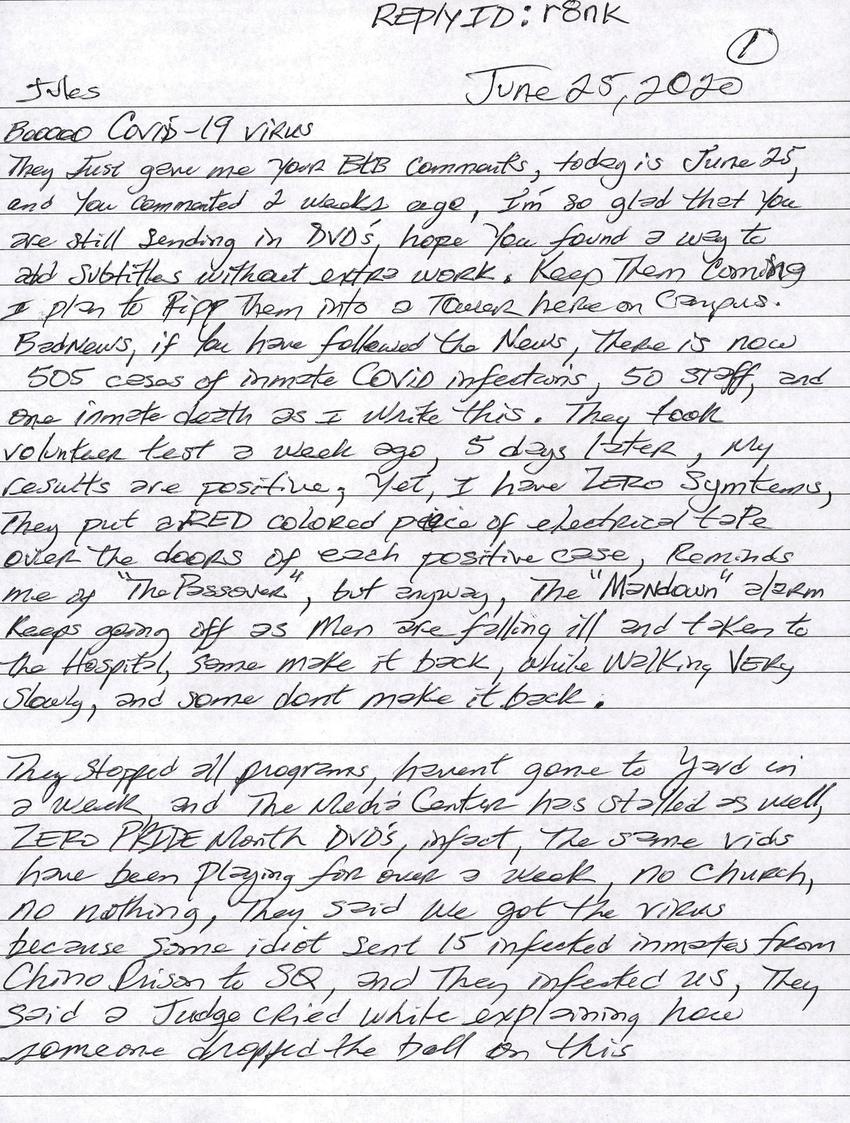 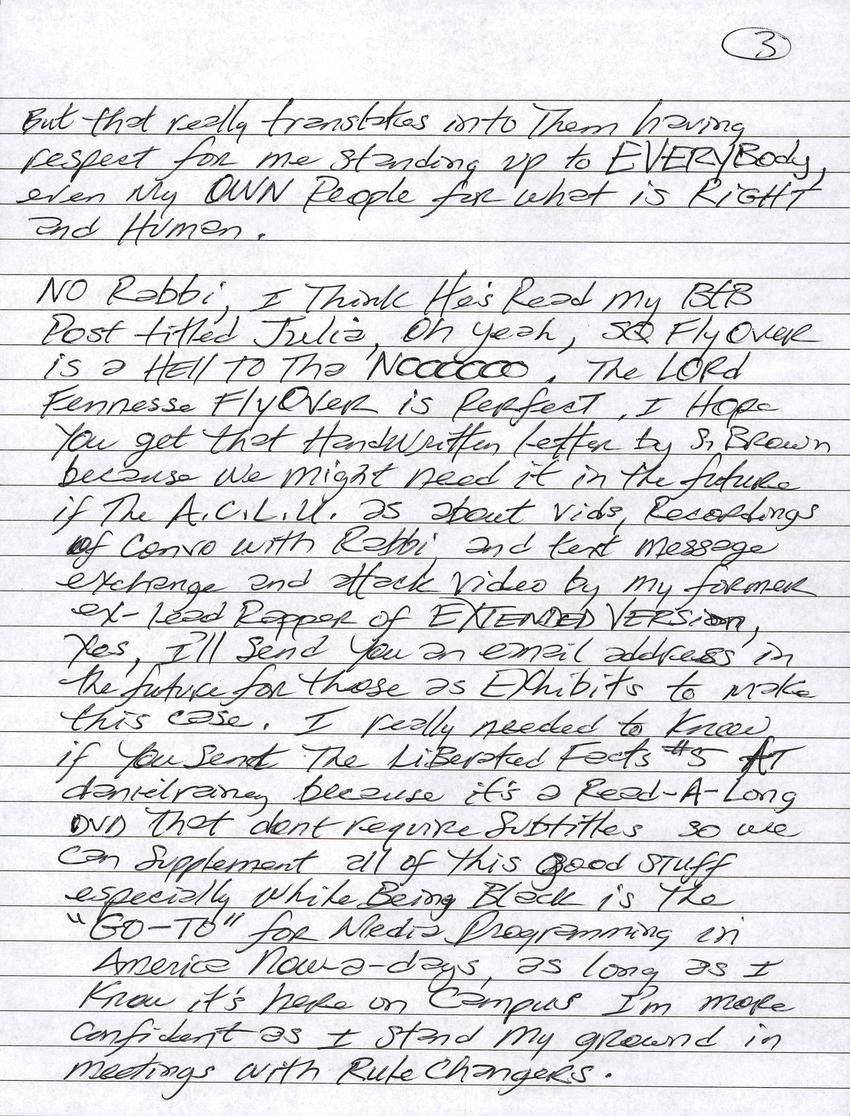 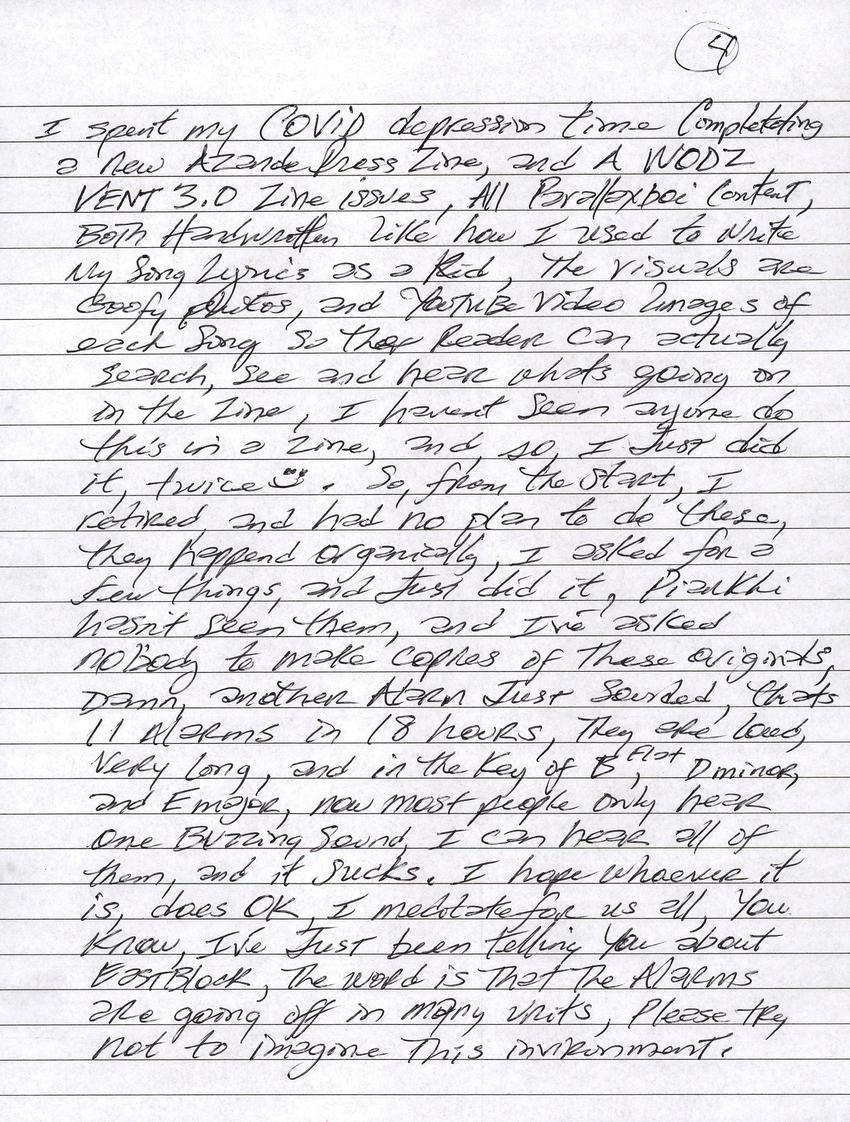 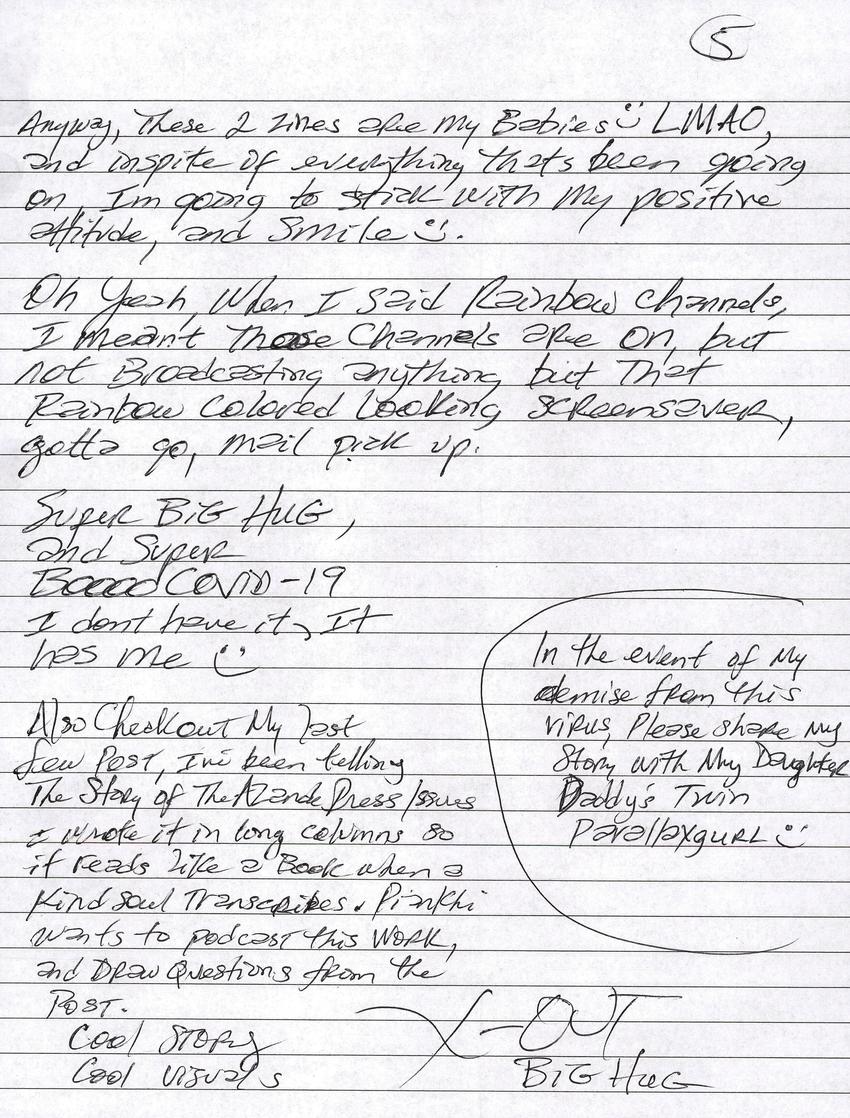 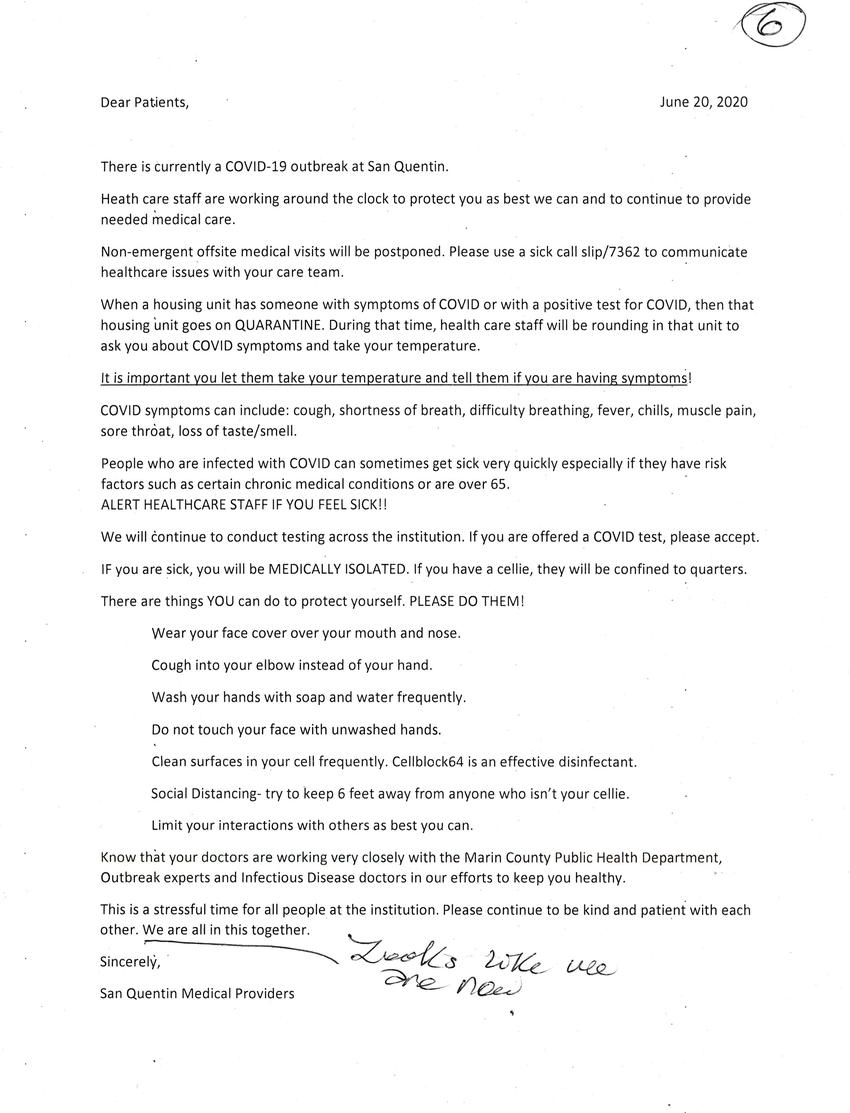 Jules June 25, 2020
Booooo COVID-19 Virus
They just gave me your BtB comments, today is June 25, and you commented 2 weeks ago. I'm so glad that you are still sending in DVD's hope you found a way to add subtitles without extra work. Keep them coming I plan to rip them into a tower here on campus. Bad news, if you have followed the news, there is now 505 cases of inmate COVID infections, 50 staff, and one inmate death as I write this. They took volunteer test a week ago, 5 days later, my results are positive, yet, I have zero symptoms. They put a red colored of electrical tape over the doors of each positive case, reminds me of "The Passover", but anyway, the "Mandown" alarm keeps going off as men are falling ill and taken to the Hospital, some make it back, while walking very slowly, and some don't make it back.

They stopped all programs, haven't gone to yard in a week and the media center has stalled as well, zero pride month DVD's, infact, the same videos have been playing for over a week, no church, no nothing, they said we got the virus because some idiot sent 15 infected inmates from Chino Prison to SQ, and they infested us. They said a Judge cried while explaining how someone dropped the ball on this. I've been very aggressive about the spitting and tossing water, urin, and feces on my people to the point where I layed it all out to A.C.L.U attornies in a very long letter with exhibits on The Billie Situation. For whatever reason, the good news is that all Reception Center Inmates have all been moved out of Badger Section, and the better news is they are now working on clearing them out of DONNER Section which is a dream come true for us here, yet, that horror will go with them to wherever they was transferred to, and this campus is now turning into total mainline, which means, "wait for it", :), It means that at least 2,000 more televisions are coming into the cells, and 4,000 if each double bunked cellmate has his own T.V., and this means that SMS sessions will be viewed by even more people than we actually had in mind here, and it's just a good situation on so many levels, and it's happening a lot faster than we thought. The Mexican Mafia gang leader is said to be very upset at me due to the projected losses in $, and they are now investigating a possible threat/security concern on my life. The upside is that, now "The Blacks" starting to congratulate my efforts, most of them think I'm crazy but that really translates into them having respect for me standing up to EVERYBODY, even my OWN people for what is right and human.

No Rabbi, I think he's read my BtB Post titled Julia, Oh yeah, SQ Flyover is a Hell to the Noooooo. The LORD Fennesse Flyover is perfect. I hope you get that handwritten letter by S. Brown because we might need it in the future if the A.C.L.U as about vids, recordings of convo with Rabbi, and text message exchange and attack video by my former ex-lead Rapper of EXTENDED VERSION, Yes, I'll send you an email address in the future for those as Exhibits to make this case. I really needed to know if you sent The Liberated Facts #5 at daniel rainey because it's a Read-A-Long DVD that don't require subtitles so we can supplement all of this good stuff especially while Being Black is the "Go-To" for media programming in America no-a-days. as long as I know it's here on campus I'm more confident as I stand my ground in meetings with rule changers.

I spent my COVID depression time completing a new Azande Dress Zine, and A WODZ VENT 3.0 Zine issues, All Parallaxboi content, both handwritten like how I used to write my song lyrics as a kid, the visuals are goofy photos, and youtube video images of each song so the reader can actually search, see and hear whats going on in the zine, I haven't seen anyone do this in a zine, and so, I just did it twice :). So, from the start, I retired and had no plan to do these, they happened organically, I asked for a few things, and just did it, Pizakhi hasn't seen them, and I've asked nobody to make copies of these originals, damn, another alarm just sounded, that's 11 alarms in 18 hours, they are loud, very long, and in the key of B flat, D minor,and E major, now most people only hear one buzzing sound, I can hear all of them, and it sucks. I hope whoever it is, does OK, I meditate for us all, you know, I've just been telling you about East block, the word is that the alarms are going off in many units, please try not to imagine this environment.

Anyway, these 2 zines are my babies :) LMAO, and inspite of everything that's been going on, I'm going to stick with my positive attitude, and smile :).

Oh yeah, when I said Rainbow channels, I meant those channels are on, but not broadcasting anything but that rainbow colored looking screensaver, gotta go, mail pick up.

Also check out my last few posts, I've been telling the story of Azande Press Issues I wrote it in long columns so it reads like a book when a kind soul transcribes. Pisnkhi wants to podcast this work and draw questions from the post.

*Side Note* In the event of my demise from this virus, please share my story with my daughter Daddy's Twin Parallaxgurl :)

Dear Xzyzst,
going to use this route to get it to you asap, its Monday, July 13th, I hope you're still asymptomatic... Bad news from M. she got denied parole, according to her for 18 months, according to the site for 3 years. It's not over yet, an advocacy group is trying to reverse, because it was some bs argument.
Saw your post on J & race, it touched me and I'm not ready to respond yet... Damn.
I find myself having a hard time concentrating, sleeping a lot. Dance #34 is ready, working on another dvd and then send both of. Did email Rabbi some time ago, no answer. How is Piankhi?
Big big hug,
Ju