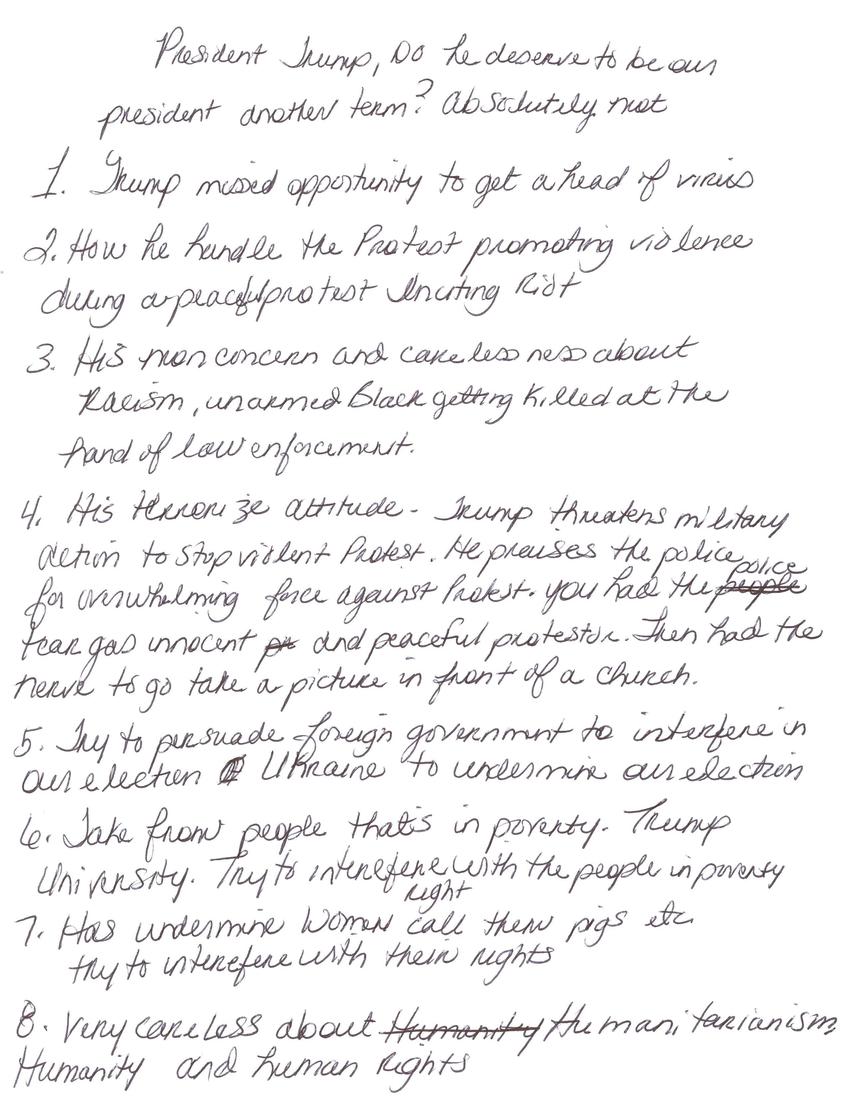 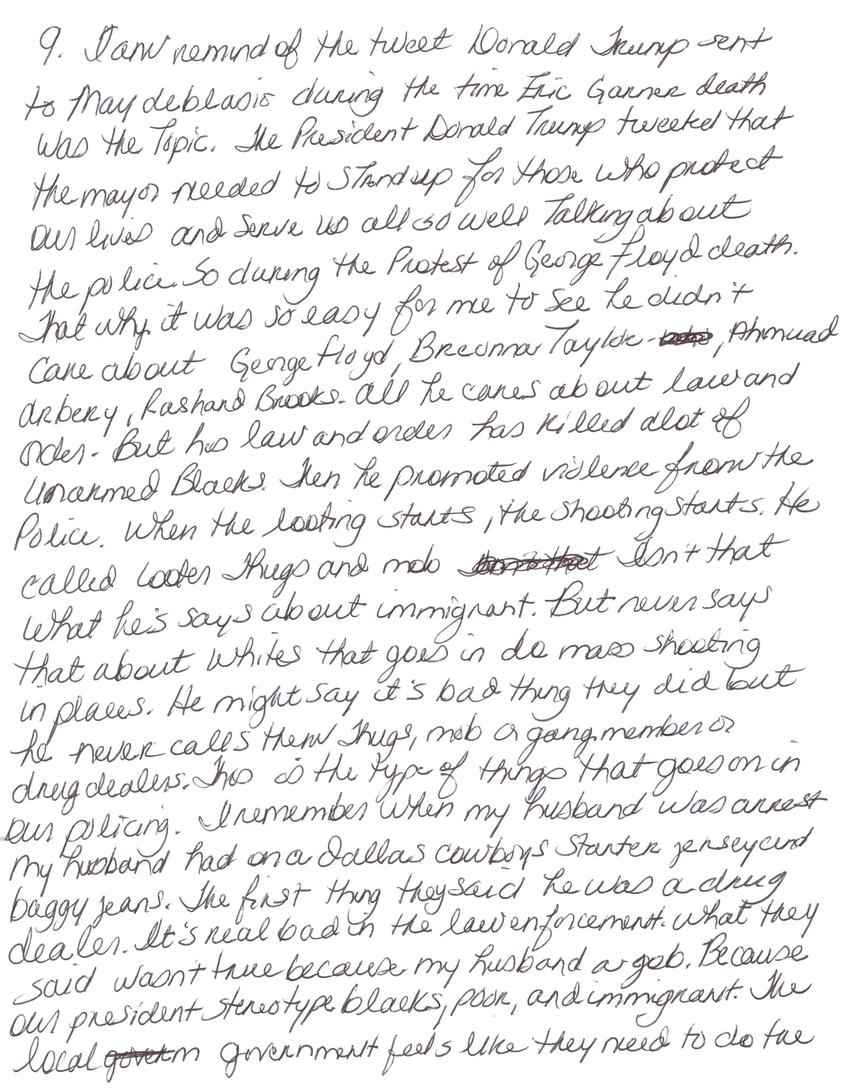 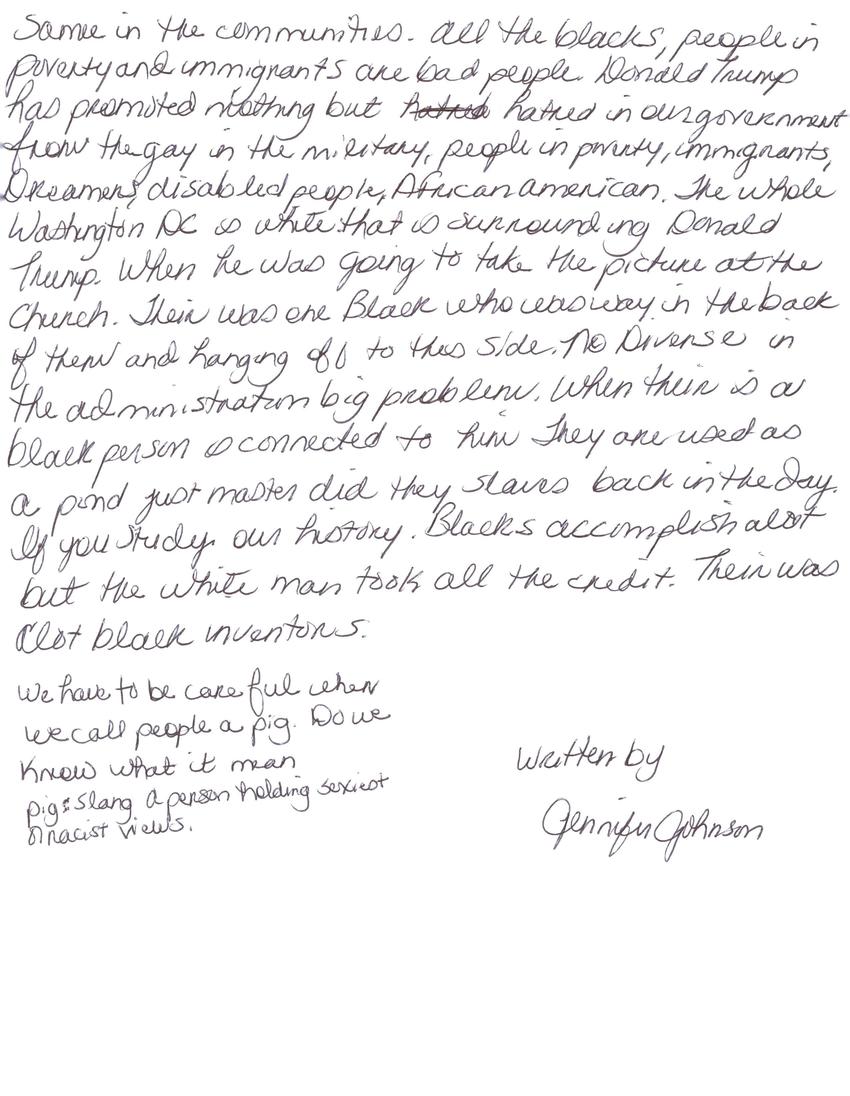 President Trump, do he deserve to be our president another term? Absolutely not

1. Trump missed opportunity to get ahead of virus
2. How he handle the protest promoting violence during a peaceful protest inciting riot
3. His [main] concern and carelessness about racism, unarmed Black getting killed at the hand of law enforcement.
4. His terrorizer attitude - Trump threatens military action to stop violent protest. He praises the police for overwhelming force against protest. You had the police tear gas innocent and peaceful protestor. Then had the nerve to go take a picture in front of a church.
5. Try to persuade foreign government to interfere in an election Ukraine to undermine an election
6. Take from people that's in poverty. Trump University. Try to interfere with the people in poverty
7. Has undermine women's rights. call them pigs etc. Try to interfere with their rights
8. Very careless about humanitarianism, humanity and human rights
9. I am remind of he tweet Donald Trump sent to May de Blasio during the time Eric Garner death was the topic. The president Donald Trump tweeted that the mayor needed to stand up for those who protect our lives and serve us all so well talking about the police so during the protest of George Floyd death. That's why it was so easy for me to see he didn't care about George Floyd, Breonna Taylor, Ahmaud Arbery, Rashard Brooks. All he cares about is law and order. But his law and order has killed a lot of unarmed Blacks. Then he promoted violence from the police. When the looting starts, the shooting starts. He called looters thugs and mob. Isn't that what he says about immigrants. But he never says that about Whites that go and do mass shootings in places. He might say it's a bad thing they did but he never calls them thugs, mob, a gang member or drug dealers. This is the type of things that goes on in our policing. I remember when my husband was arrested. My husband had on a Dallas Cowboys starter jersey and baggy jeans. The first thing they said he was a drug dealer. It's real bad in the law enforcement. What they said wasn't true because my husband has a job. Because our president stereotype Blacks, poor, and immigrant. The local government feels like they need to do the same in the communities. All the Blacks, people in poverty and immigrants are bad people. Donald Trump has promoted nothing but hatred in a government from the gay in the military, people in poverty, immigrants, DREAMers, disabled people, African American. The whole Washington DC so while that is surrounding Donald Trump. When he was going to take the picture at the church. There was one Black who was way in the back of them and hanging off the side. No diverse in the administration big problem. When there is a Black person connected to him, they are used as a pond just master did they slaves back in the day. If you study our history, Blacks accomplish a lot but the White man took all the credit. There was a lot of Black inventors.

We have to be careful when we call people a pig. DO we know what it means? Pig: slang, a person holding sexist or narcissistic views.

Thanks for writing! I am honored to read and transcribe such incredible writing. You are very good at proving your argument, and the quotes/sources you used as evidence really strengthened your point. You have great writing skills. Stay passionate!
(scanned reply – view as blog post)
uploaded Aug. 12, 2020.  Original (PDF) 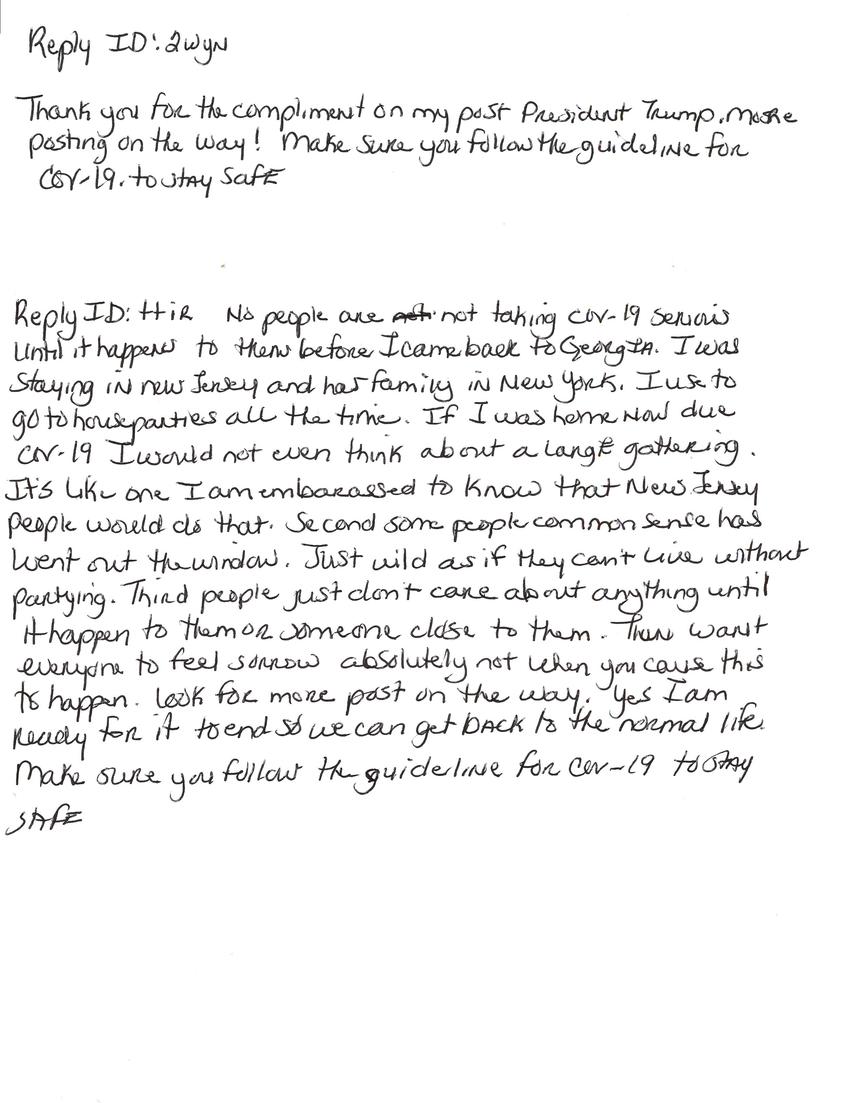