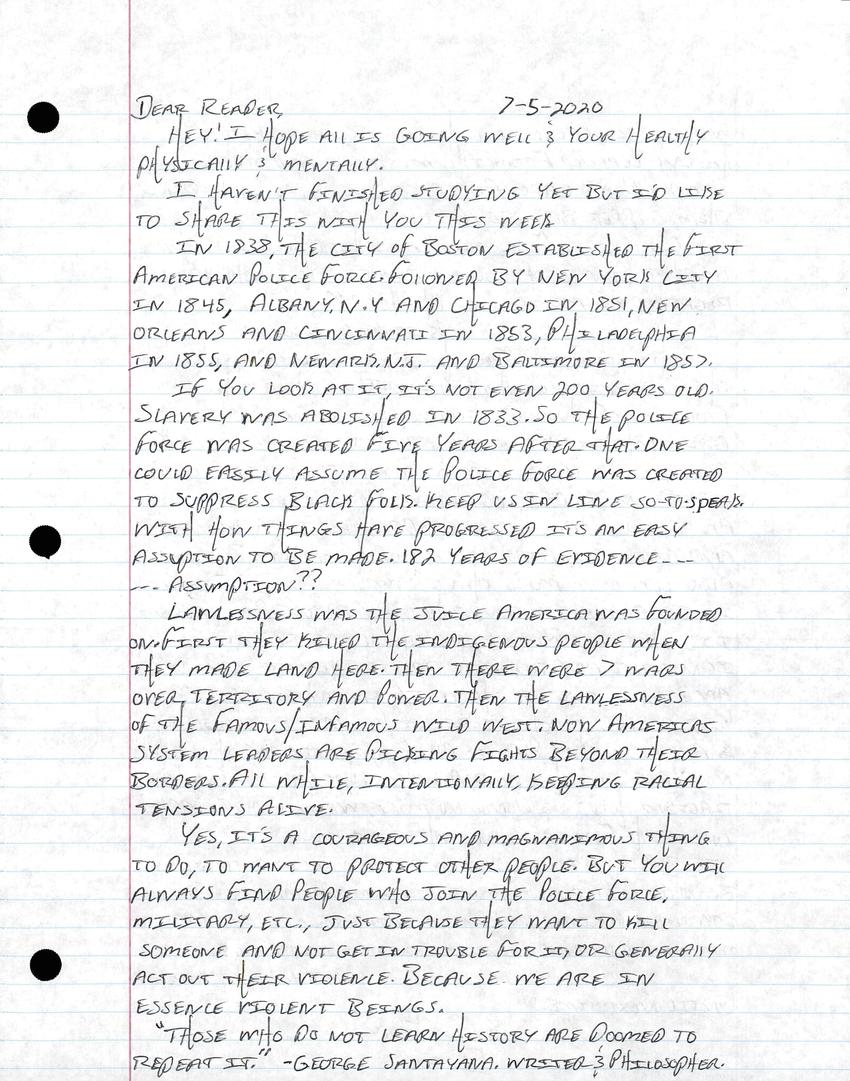 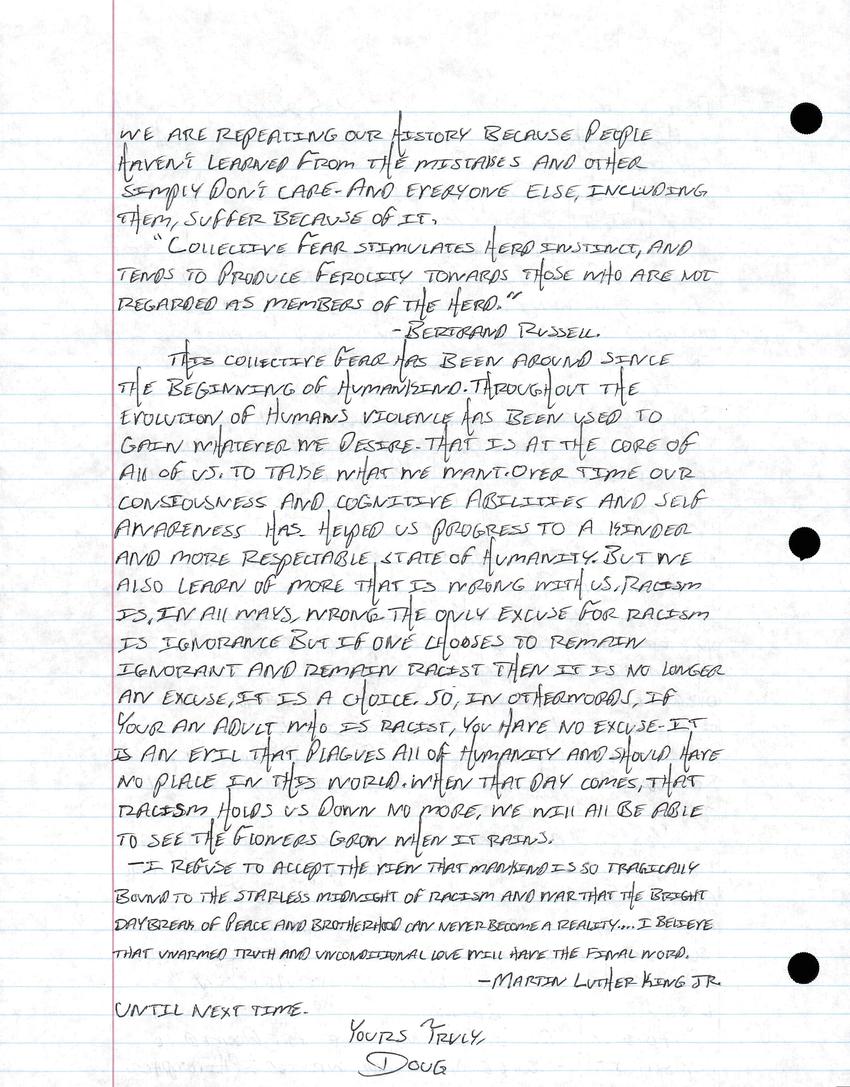 Dear Reader, 7-5-2020
Hey! I hope all is going well and you're healthy physically and mentally.
I haven't finished studying yet but I'd like to share this with you this week.
In 1838, the city of Boston established the first American police force followed by New York City. In 1845, Albany, N.Y. and Chicago in 1851, New Orleans and Cincinnati in 1853, Philadelphia in 1855, and Newark, N.J. and Baltimore in 1857.
If you look at it, it's not even 200 years old. Slavery was abolished in 1833. So the police force was created five years after that. One could easily assume the police force was created to suppress black folks. Keep us in line so to speak. With how things have progressed it's an easy assumption to be made. 182 years of evidence.... assumption??
Lawlessness was the justice America was founded on. First they killed the Indigenous people when they made land here. Then there was 7 wars over territory and power. Then the lawlessness of the famous/infamous wild west. Now Americas system leaders are picking fights beyond their borders. All while, intentionally keeping racial tensions alive.
Yes, it's a courageous and magnanimous thing to do, to want to protect other people. But you will always find people who join the police force, military, etc,. Just because they want to kill someone and not get in trouble for it, or generally act out their violence. Because we are in essence violent beings.
"Those who do not learn history are doomed to repeat it." -George Santayana. Writer and philosopher. We are repeating our history because people haven't learned from the mistakes and others simply don't care. And everyone else, including them, suffer because of it.
"Collective fear stimulates hero instincts, and tends to produce ferocity towards those who are not regarded as members of the hero." -Bertrand Russell.
This collective fear has been around since the beginning of humankind. Throughout the evolution of humans violence has been used to gain whatever we desire. That is at the core of all of us. To take what we want. Over time our consciousness, and cognitive abilities and self awareness has helped us progress to a kinder and more respectable state of humanity. But we also learn of more that is wrong with us, racism us, in all ways, wrong. The only excuse for racism is ignorance but if one chooses to remain ignorant and remain racist then it is no longer any excuse, it is a choice. So, in other words, if you're an adult who is racist, you have no excuse. It is an evil that plagues all of humanity and should have no place in this world. When that day comes, that racism holds us down no more, we will all be able to see the flowers grow when it rains.
I refuse to accept the view that mankind is so tragically bound to the starless midnight of racism and war that the bright daybreak of peace and brotherhood can never become a reality.... I believe that warmed truth and unconditional love will have the final word. -Martin Luther King JR.
Until next time.
Yours Truly,
Doug