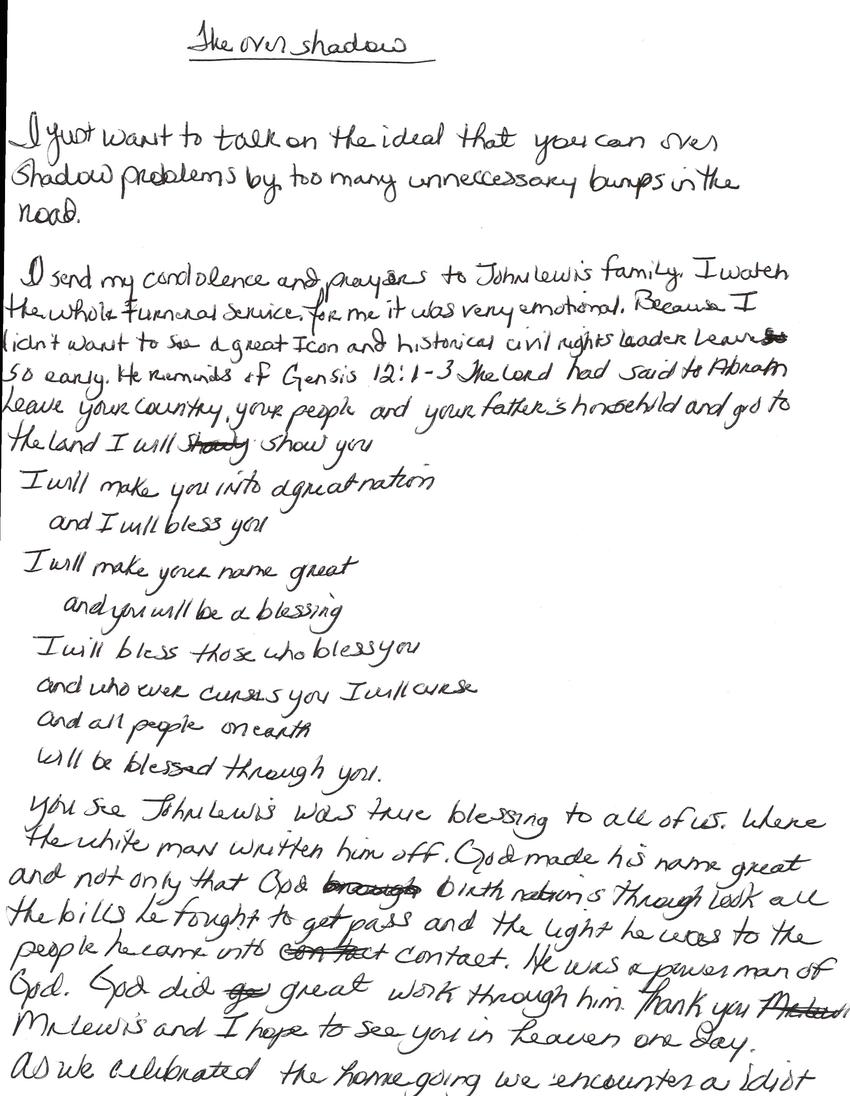 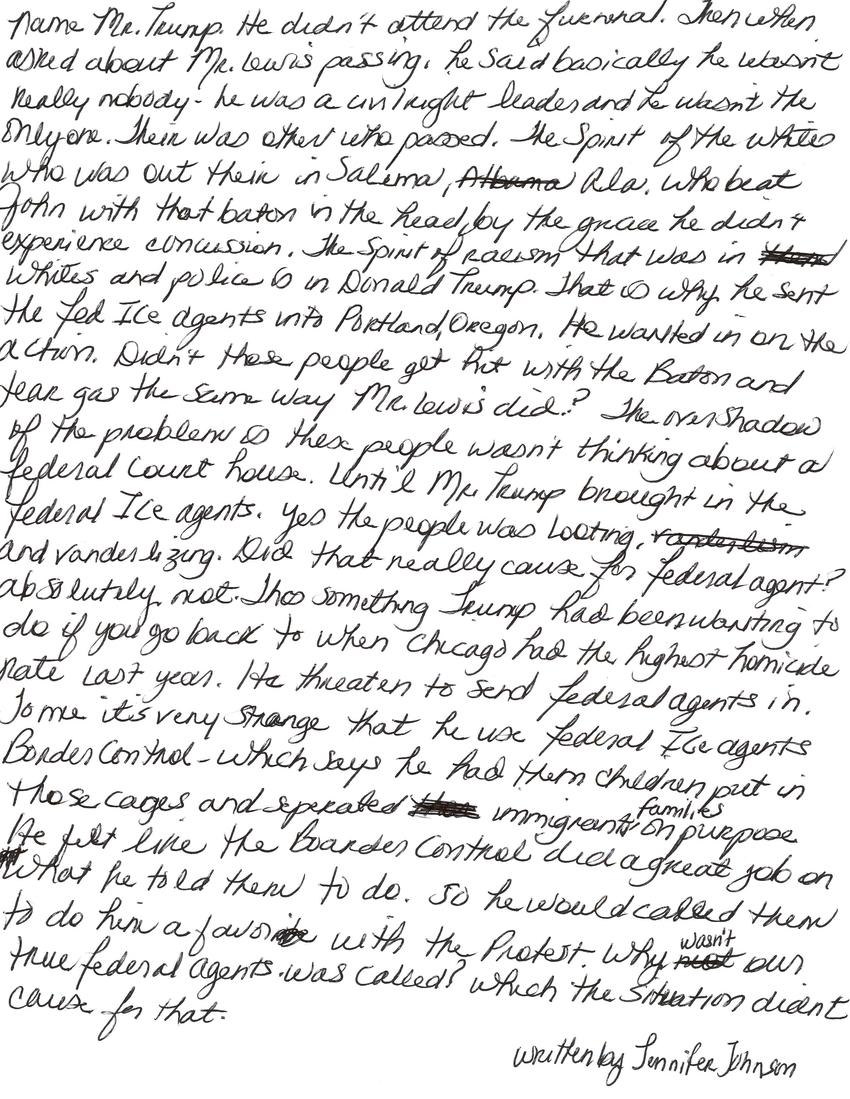 I just want to talk on the ideal that you can over shadow problems by too many unnecessary bumps in the road.

I send my condolences and prayers to John Lewis' family. I watch the whole funeral service. For me it was very emotional. Because I didn't want to see a great Icon and historical civil rights leader leave so early. He reminds of Genesis 12:1 - 3 The Lord had said to Abram,
"Leave your country, your people and your father's household and go to the land I will show you
I will make you into a great nation
and I will bless you
I will make your name great
and you will be a blessing
I will bless those who bless you
and who ever curses you I will curse
and all people on earth
will be blessed through you."

You see John Lewis was true blessing to all of us. Where the white man written him off. God made his name great and not only that, God birth nations through, look, all the bills he fought to get pass and the light he was to the people he came into contact. He was a power man of God. God did great work through him. Thank you Mr. Lewis and I hope to see you in heaven one day. As we celebrated the home going, we encounter an idiot named Mr. Trump. He didn't attend the funeral. The when asked about Mr. Lewis passing, he said basically he wasn't really nobody, he was a civil right leader and he wasn't the only one. There was others who passed. The Spirit of the white who was out there in Selma, Ala. who beat John with that baton in the head by the grace he didn't experience concussion. The Spirit of racism that was in whites and police is in Donald Trump. That is why he send the fed ICE agents into Portland, Oregon. He wanted in on the action. Didn't those people get hit with the Baton and tear gas the same way Mr. Lewis did? The over shadow of the problems so these people wasn't thinking about a federal court house. Until Mr. Trump brought in the federal ICE agents. Yes the people was looting and vandalizing. Did that really cause for federal agent? Absolutely not. It's something Trump had been wanting to do if you go back to when Chicago had the highest homicide rate last year. He threatened to send federal agents in. To me it's very strange that he use federal ICE agents Border Control - which says he had them children put in those cages and separated immigrant families on purpose. He felt like the Border Control did a great job on what he told them to do. So he would called them to do him a favor with the Protest. Why wasn't our true federal agents was called? which the situation didn't cause for that.

Thanks for writing! I finished the transcription for your post. I hope I captured your voice and spirit that was so powerful. You had beautiful words for Mr. Lewis, and your reflection on Trump's ignorant words and actions was insightful. Thank you so much for your writing.