The Presidential Election - A Leader vs. A Ruler 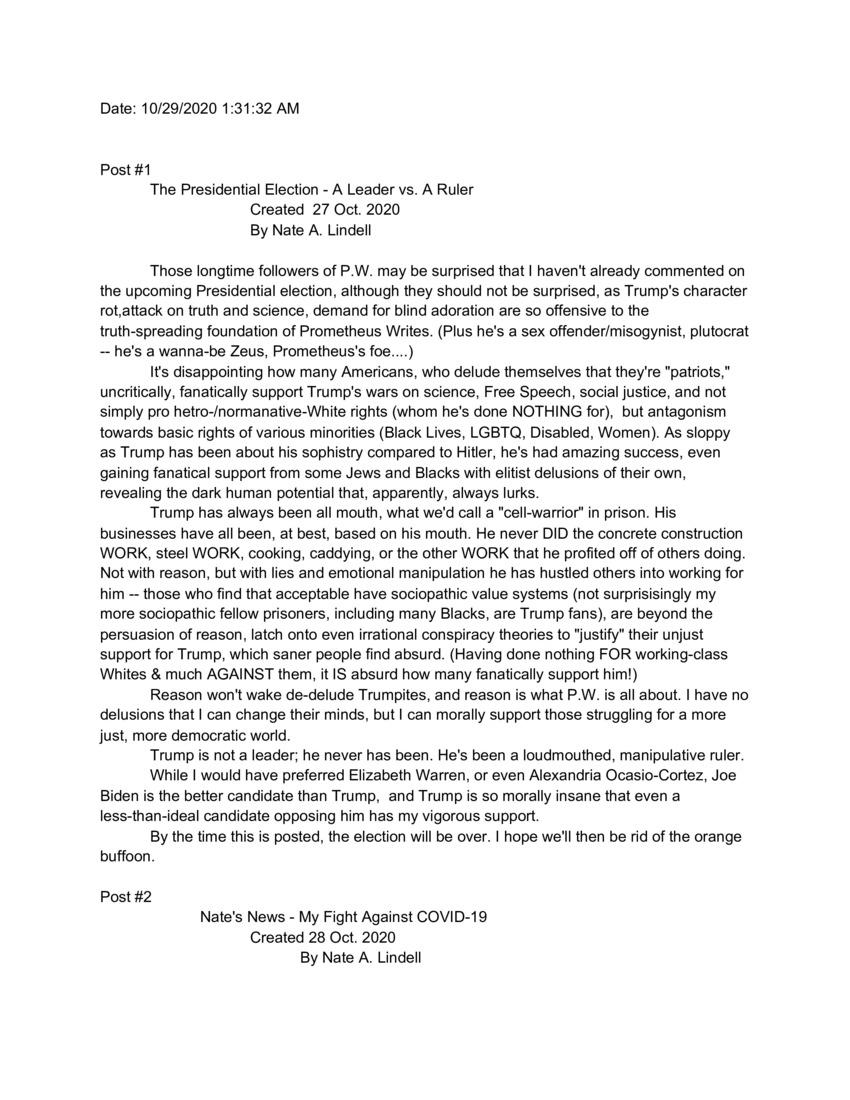 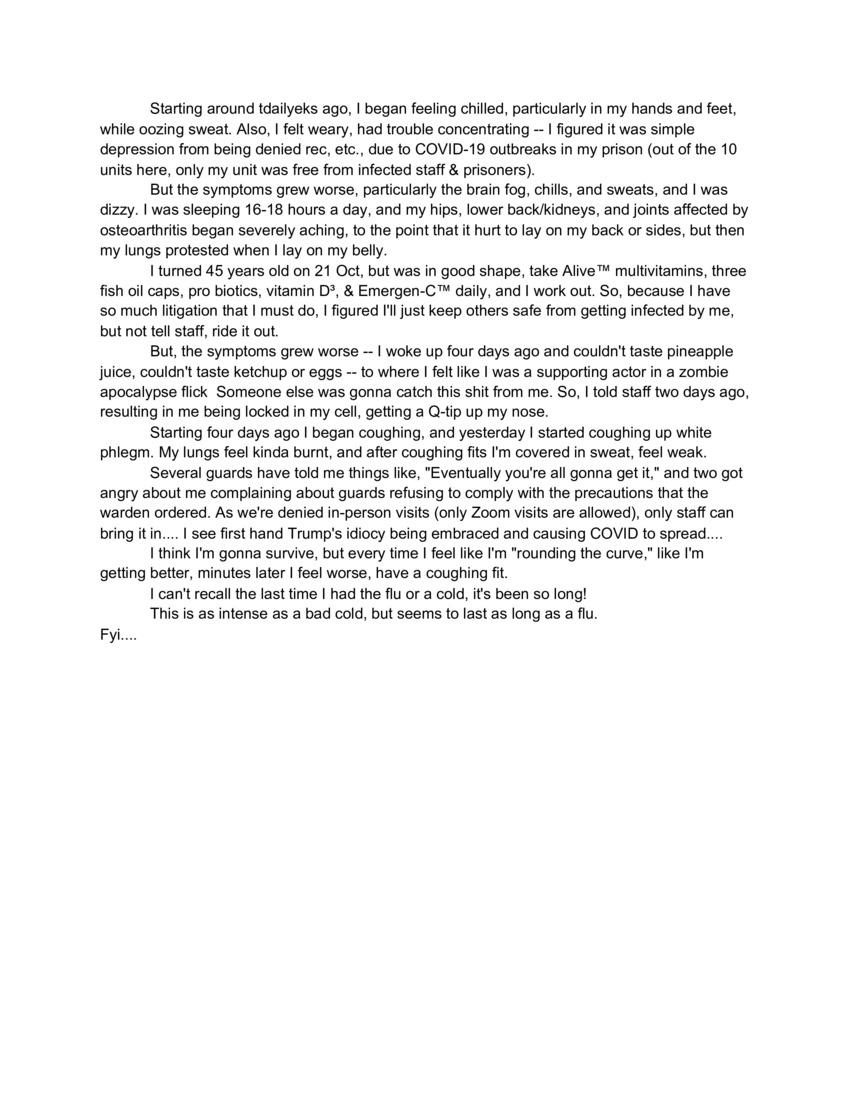 Those longtime followers of P.W. may be surprised that I haven't already commented on the upcoming Presidential election, although they should not be surprised, as Trump's character rot, attack on truth and science, demand for blind adoration are so offensive to the truth spreading foundation of Prometheus Writes. (Plus he's a sex offender/misogynist, plutocrat - he's a wanna-be Zeus, Prometheus's foe...)

It's disappointing how many Americans, who delude themselves that they're "patriot," uncritically, fanatically support Trump's wars on science, Free Speech, social justice, and not simply pro hetro-/normanative-White rights (whom he's done NOTHING for), but antagonism towards basic rights of various minorities (Black Lives, LGBTQ, Disabled Women). As sloppy as Trump has been about his sophistry compared to Hitler, he's had amazing success, even gaining fanatical support from some Jew and Blacks with elitist delusions of their own, revealing the dark human potential that, apparently, always lurks.

Trump has always been all mouth, what we's call a "cell-warrior" in prison. His businesses have all been, at best, based on mouth. He never DID the concrete construction WORK, steel WORK, cooking, caddying, or the other WORK that he profited off of others doing. Not with reason, but with lies and emotional manipulation he has hustled others into working for him - those who find acceptable have sociopathic value systems (not surprisingly my more sociopathic fellow prisoners, including many Blacks, are Trump fans), are beyond the persuasion of reason, latch onto even irrational conspiracy theories to "justify" their unjust support for Trump, which saner people find absurd. (Having done nothing FOR working-class Whites & much AGAINST them, it IS absurd how many fanatically support him1)

Reason won't wake de-delude Trumpites, and reason is what P.W. is all about. I have no delusions that I can change their minds, but I can morally support those struggling for a more just, more democratic world.

Trump is not a leader, he never has been, He's been a loudmouthed, manipulative ruler.

While I would have preferred Elizabeth Warren, or even Alexandria Ocasia-Cortez, Joe Biden is the better candidate than Trump, and Trump is so morally insane that even a less-than-ideal candidate opposing his has my vigorous support.

By the time this is posted, the election will be over. I hope we'll then be rid of the orange buffoon.

Starting around tdailwks ago, I began feeling chilled, particularly in my hands and feet, while oozing sweat. Also, I felt weary, had trouble concentrating - I figured it was simple depression from being denied rec, etc., due to COVID-19 outbreaks in my prison (out of the 10 units here, only my unit was free from infected staff & prisoners).

But the symptoms grew worse, particularly the brain fog, chills, and sweats, and I was dizzy. I was sleeping 16-18 hours a day, and my hips, lower back/kidneys, and joints affected by osteoarthritis began severely aching, to the point that it hurt to lay on my back or sides, but then my lungs protested when I lay on my belly.

I turned 45 years old on 21 Oct, but was in good shape, take Alive multivitamins, three fish oil caps, pro biotics, vitamin D, & Emergen-C daily, and I work out. So, because I have so much litigation that I must do, I figured I'll just keep others safe from getting infected by me, but not tell the staff, ride it out.

But, the symptoms grew worse - I woke up four days ago and couldn't taste pineapple juice, couldn't taste ketchup or eggs - to where I felt like I was supporting actor in a zombie apocalypse flick. Someone else was gonna catch this shit from me. So, I told staff two days ago, resulting in my being locking in my cell, getting a Q-tip up my nose.

Starting four days ago I began coughing, and yesterday I started coughing up white phlegm. My lungs feel kinda burnt, and after coughing fits I'm covered in sweat, feel weak.

Several guards have told me things like, "eventually you're all gonna get it," and two got angry about me complaining about guards refusing to comply with the precautions that he warden had ordered. As we're denied in-person visits (only Zoom visits are allowed), only staff can bring it in... I see first hand Trump's idiocy being embraced and causing COVID to spread...

I think I'm gonna survive, but every time I feel like I'm "rounding the curve," like I'm getting better, minutes later I feel worse, have a coughing fit.

I can't recall the last time I had the flu or a cold, it's been so long!

This is as intense as a bad cold, but seems to last as long as a flu.