My #Blacklivesmatter Literature Must Reads: 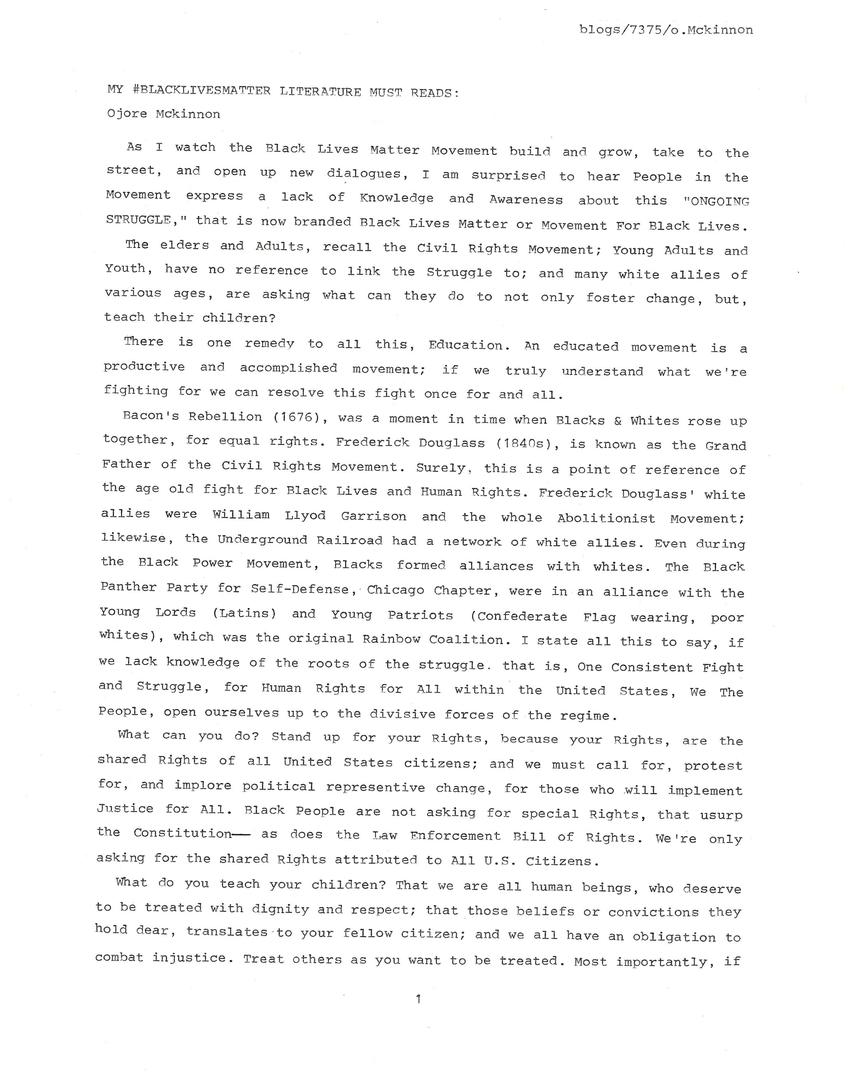 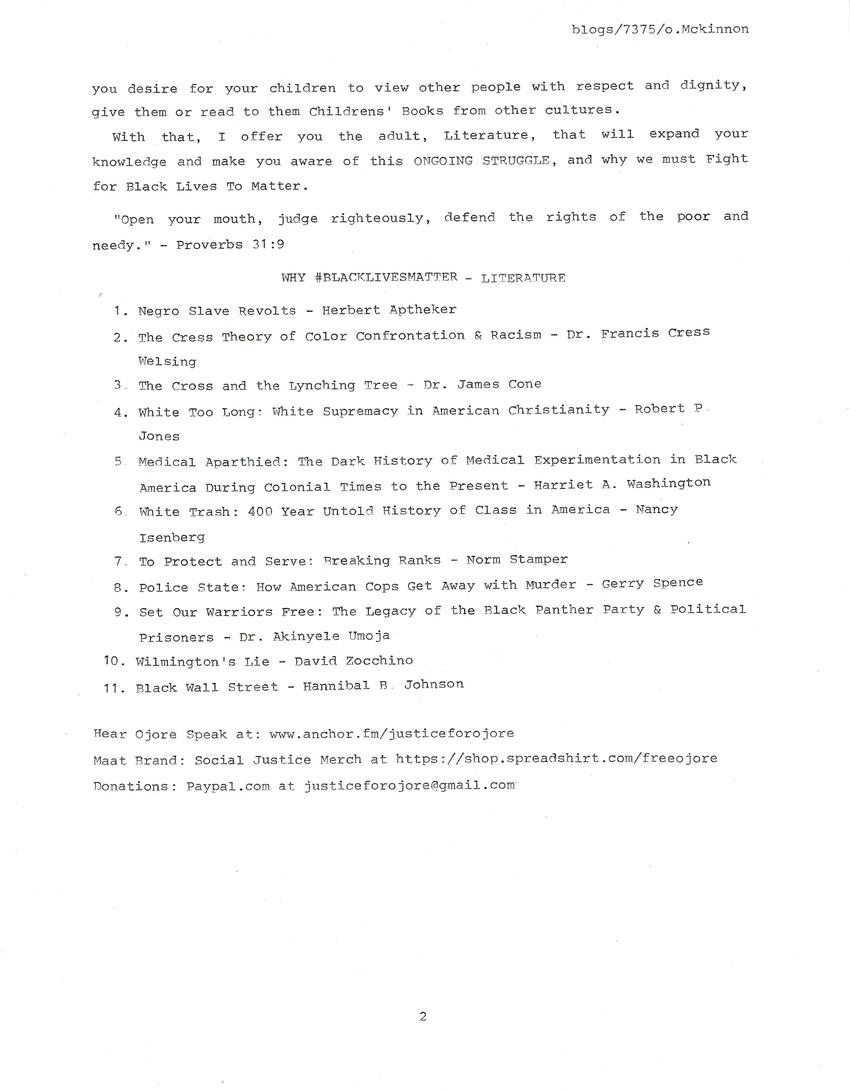 As I watch the Black Lives Matter Movement build and grow, take to the street, and open up new dialogues, I am surprised to hear People in the Movement express a lack of Knowledge and Awareness about this "ONGOING STRUGGLE," that is now branded Black Lives Matter or Movement For Black Lives.
The elders and Adults, recall the Civil Rights Movement; Young Adults and Youth, have no reference to link the struggle to; and many white allies of various ages, are asking what can they do to not only foster change, but, teach their children?
There is one remedy to all this, Education. An educated movement is a productive and accomplished movement; if we truly understand what we're fighting for we can resolve this fight once for and all.
Bacon's Rebellion (1676), was a moment in time when Blacks & Whites rose up together, for equal rights. Frederick Douglass (1840s), is known as the Grand Father of the Civil Rights Movement. Surely, this is a point of reference of the age old fight for Black Lives and Human Rights. Frederick Douglass' white allies were William Llyod Garrison and the whole Abolitionist Movement; likewise, the Underground Railroad had a network of white allies. Even during the Black Power Movement, Blacks formed alliances with whites. The Black Panther Party for Self-Defense, Chicago Chapter, were in an alliance with the Young Lords (Latins) and Young Patriots (Confederate Flag wearing, poor whites), which was the original Rainbow Coalition. I state all this to say, if we lack knowledge of the roots of the struggle. that is, One Consistent Fight and Struggle, for Human Rights for All within the United States, We The People, open ourselves up to the divisive forces of the regime.
What can you do? Stand up for your Rights, because your Rights, are the shared Rights of all United States citizens; and we must call for, protest for, and implore political representive change, for those who will implement Justice for All. Black People are not asking for special Rights, that usurp the Constitution, as does the Law Enforcement Bill of Rights. We're only asking for the shared Rights attributed to All u.s. citizens.
What do you teach your children? That we are all human beings, who deserve to be treated with dignity and respect; that those beliefs or convictions they hold dear, translates to your fellow citizen; and we all have an obligation to combat injustice. Treat others as you want to be treated. Most importantly, if you desire for your children to view other people with respect and dignity, give them or read to them Childrens' Books from other cultures.
With that, I offer you the adult, Literature, that will expand your knowledge and make you aware of this ONGOING STRUGGLE, and why we must Fight for Black Lives To Matter.
"Open your mouth, judge righteously, defend the rights of the poor and needy." - Proverbs 31:9