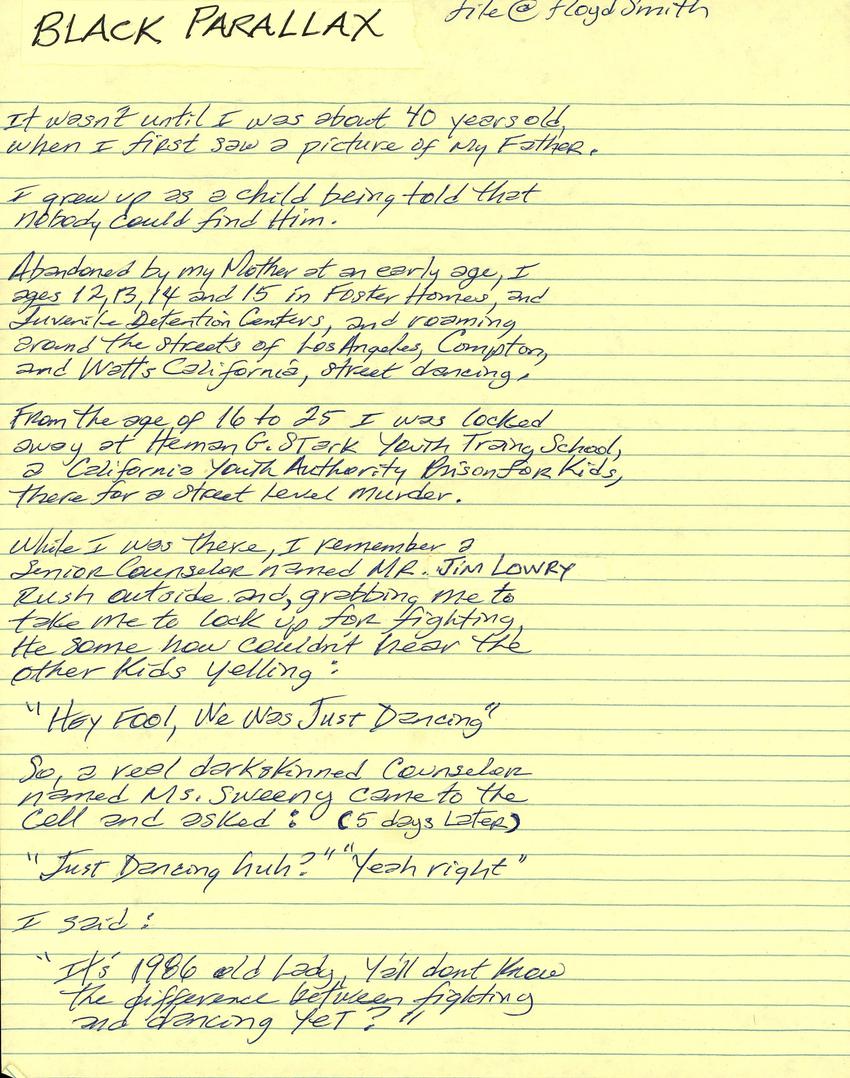 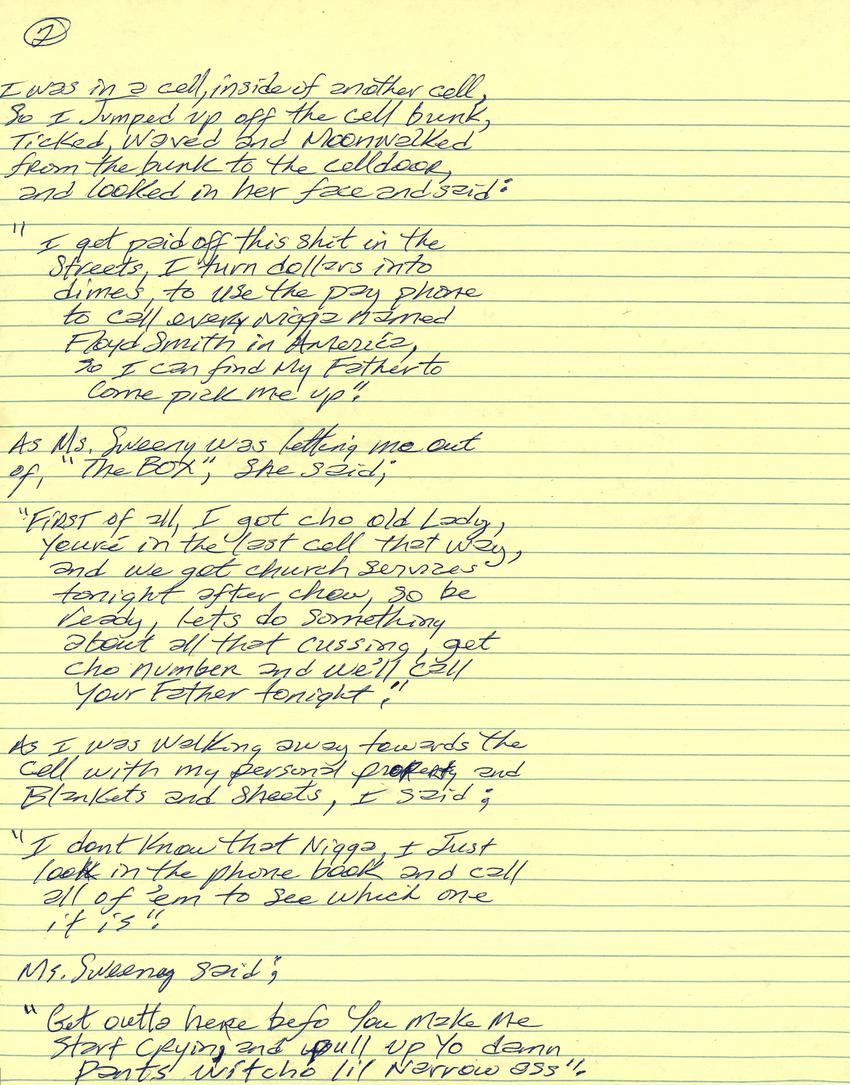 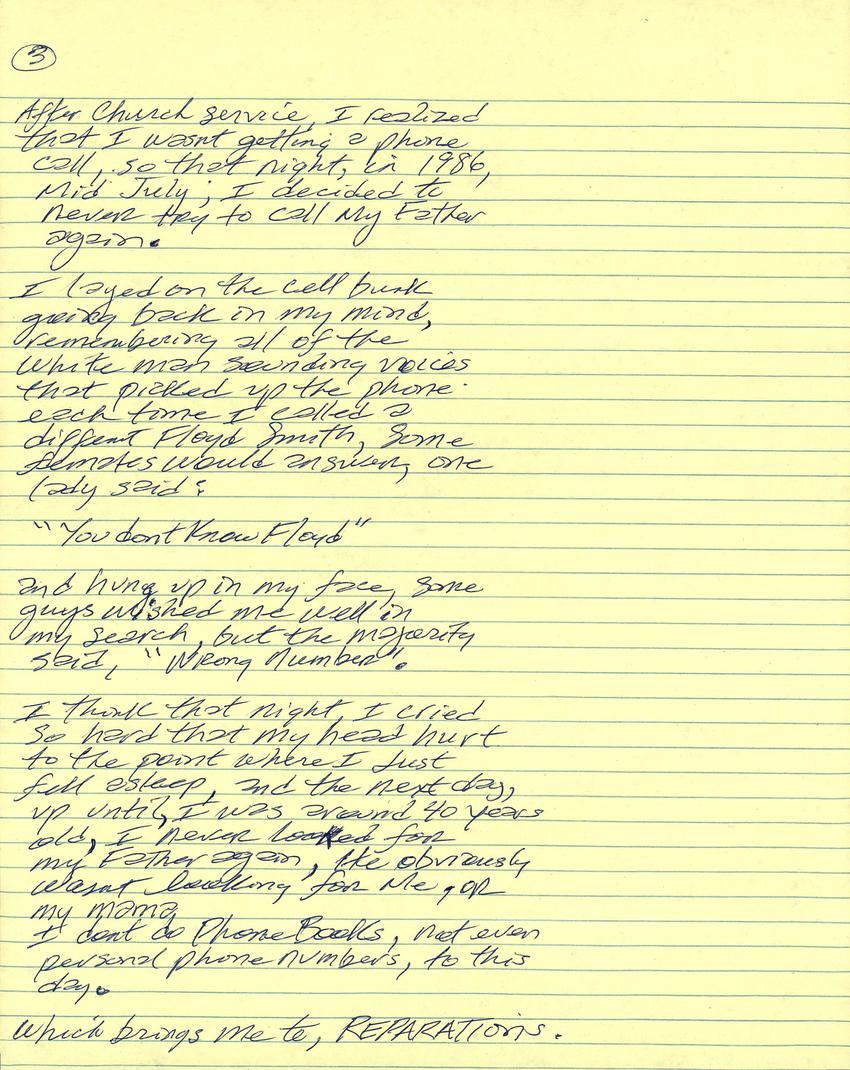 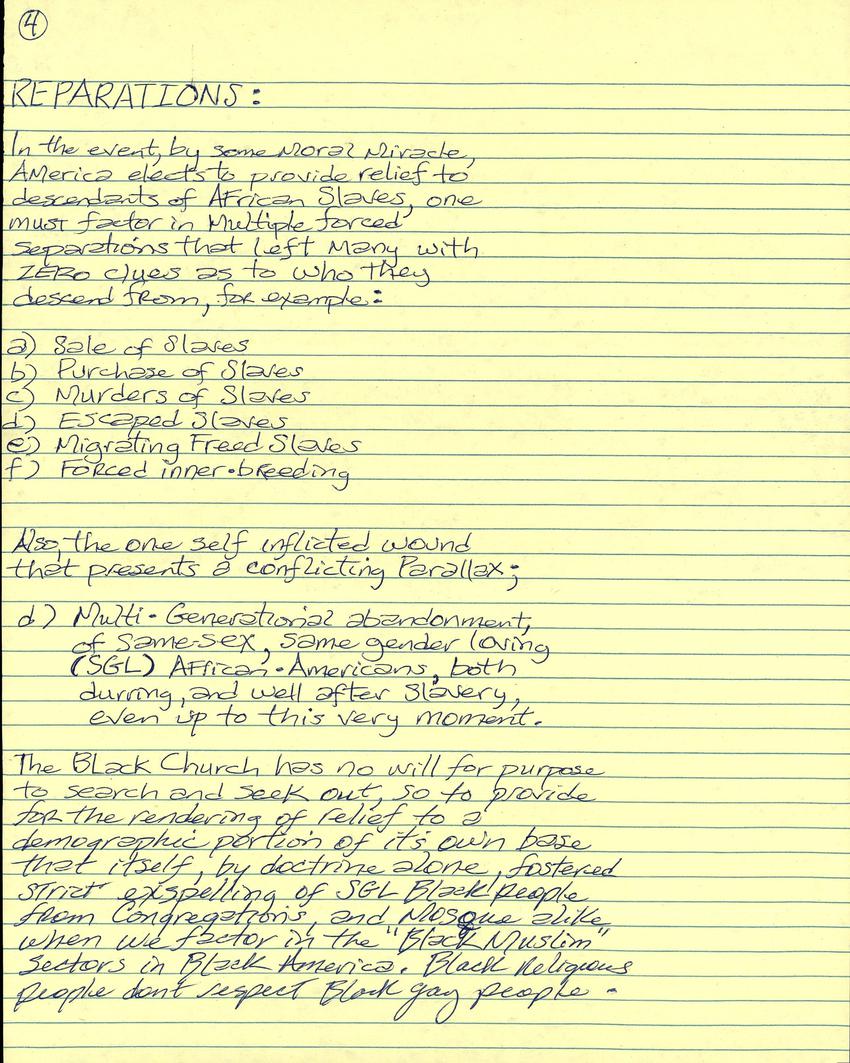 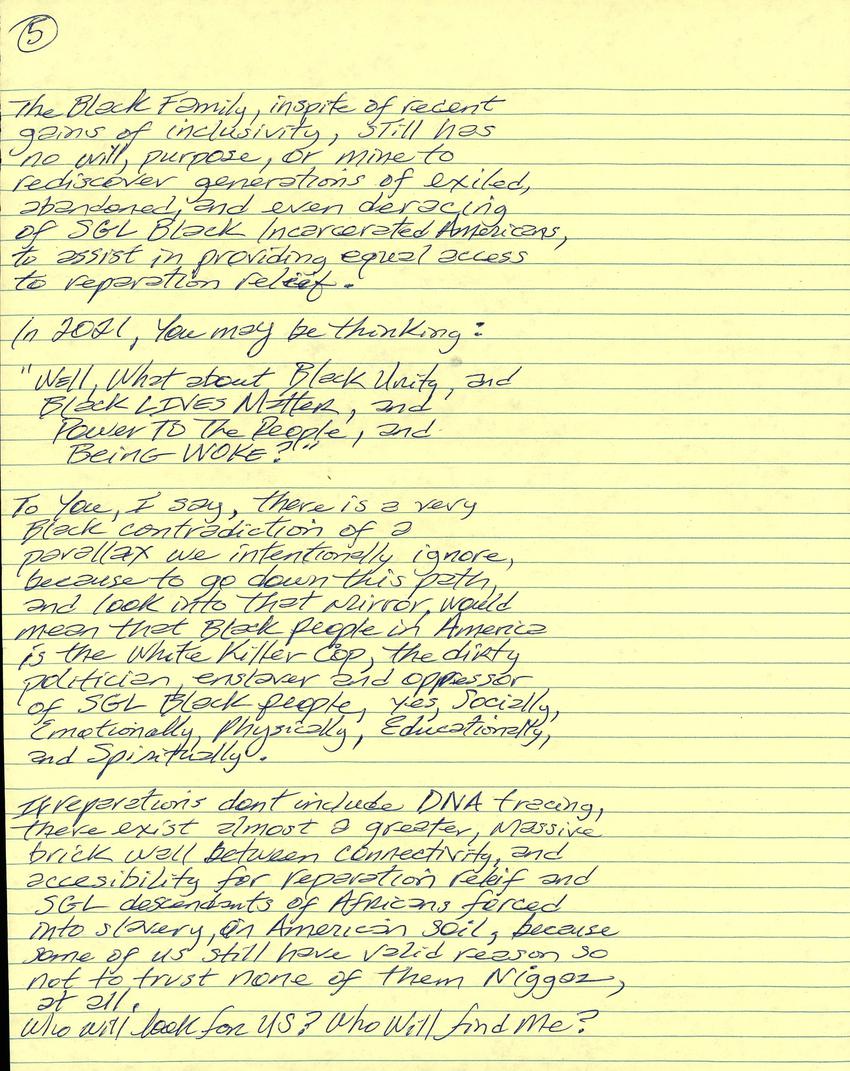 It wasn't until I was about 40 years old, when I first saw a picture of my father.

I grew up as a child being told that nobody could find him.

Abandoned by my mother at an early age, I ages 12,13, 14, and 15 in Foster Homes, and Juvenile Detention Centers, and roaming around the streets of Los Angeles, Compton, and Watts California, street dancing.

From the age of 16 to 25 I was locked away at Herman G. Stack Youth Training School, a California Youth Authority Prison for Kids, there for a street level murder.

While I was there, I remember a senior counselor named Mr. Jim Lowry rush outside and, grabbing me to take me to look up for fighting, He somehow couldn't hear the other kids yelling:

"Hey Fool, we was just dancing"

So, a real darkskinned counselor named Ms. Sweeny came to the cell as asked: (5 days later)

"It's 1986 old lady, Y'all don't know the difference between fidgeting and dancing yet?"

I was in a cell, inside of another cell, so I jumped up off the cell bunk, ticked, waved and moonwalked from the bunk to the celldoor, and looked her in the face and said:

"I get paid off this shit in the streets, I turn dollars into dimes to use the pay phone to call every nigga names Floyd Smith
in America so I can find my father to come pick me up."

As Ms. Sweeny was letting me out of, "THE BOX," she said:

"First of all, I got cho old lady, you're in the last cell that way, and we got church services tonight after chow, so be
ready, let's do something about all that cussing, get cho number and we'll call your father tonight."

As I was walking away towards the cell with my personal property and blankets and sheets, I said;

"I don't know that nigga, I just look in the phone book and call all of them to see which one it is."

"Get outta here befo you make me start cryin, and pull up yo damn pants witcho lil narrow ass."

After Church service, I realized that I wasn't getting a phone call, so that night, in 1986, mid-july; I decided to never try to call my father again.

I laid on the cell bunk going back in my mind, remembering all of the white man sounding voices that picked up the phone each time I called a different Floyd Smith, some females would answer, one lady said:

and hung up in my face. Some guys wished me well in my search, but the majority said, "wrong number."

I think that night, I cried so hard that my head hurt to the point where I just fell asleep, and the next day, up until, I was just around 40 years old, I never looked for my father again, He obviously wasn't looking for me, or my mama.
I don't do phone books, not even personal phone numbers, to this day.

Which brings me to, REPARATIONS.

In the event, by some moral miracle, America elects to provide relief to descendants of African Slaves, one must factor in multiple forced separations that left many with ZERO clues as to who they descend from, for example:

Also, the one self inflicted wound that presents as conflicting Parallax;

d) Multi-Generational abandonment, of same-sex, same gender loving (SGL)_ African-Americans, both during, and well after slavery, even up to this very moment.

The Black Church has no will for purpose to search and seek out, so to provide for the rendering of relief to a demographic portion of its own base that itself, by doctrine alone, and fostered strict expelling of SGL Black people from congregations, and mosque alike, when we factor in the "Black Muslim" sectors in Black America. Black religious people don't respect Black gay people.

The Black Family, in spite of recent gains of inclusivity, still has no will, purpose, or mine to rediscover generations fo exiled, abandoned, and even deracing of SGL Black Incarcerated Americans, to assist in providing equal access to reparation relief.

"Well, what about Black Unity, and BLACK LIVES MATTER, and Power to the People, and being WOKE?"

To you, I say, there is a very Black contradiction of a parallax we intentionally ignore, because to go down this path, and look into that mirror, would mean that Black people in America is the White Killer Cop, the dirty politician enslaver and oppressor of SGL Black people, Yes, socially, emotionally, physically, educationally, and spiritually.

If reparations don't include DNA tracing, there exist almost a greater, massive brick wall between connectivity, and accesibility for reparation relief and SGL descendants of Africans forced into slavery, on American soil, because some of us still have valid reason not to trust none of them Niggas, at all.

Who will look for US? Who will find me?

Thank you for writing this detailed post. I finished the transcription for your post. It was a pleasure reading your thoughts and I will continue to think about the questions you posed about reparations.
Thanks for writing! I finished the transcription for your post. Your ideas were well articulated, and I don't believe I have heard a similar perspective before so it was very interesting to read and think about what you had said.