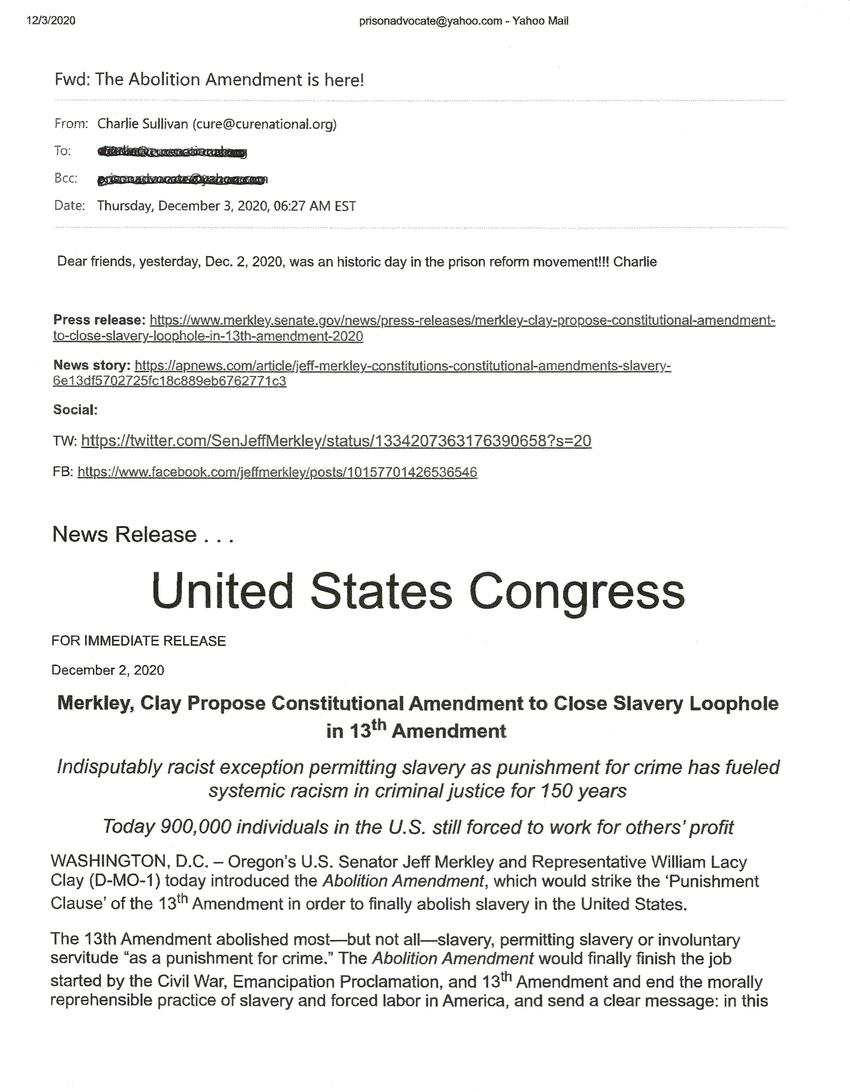 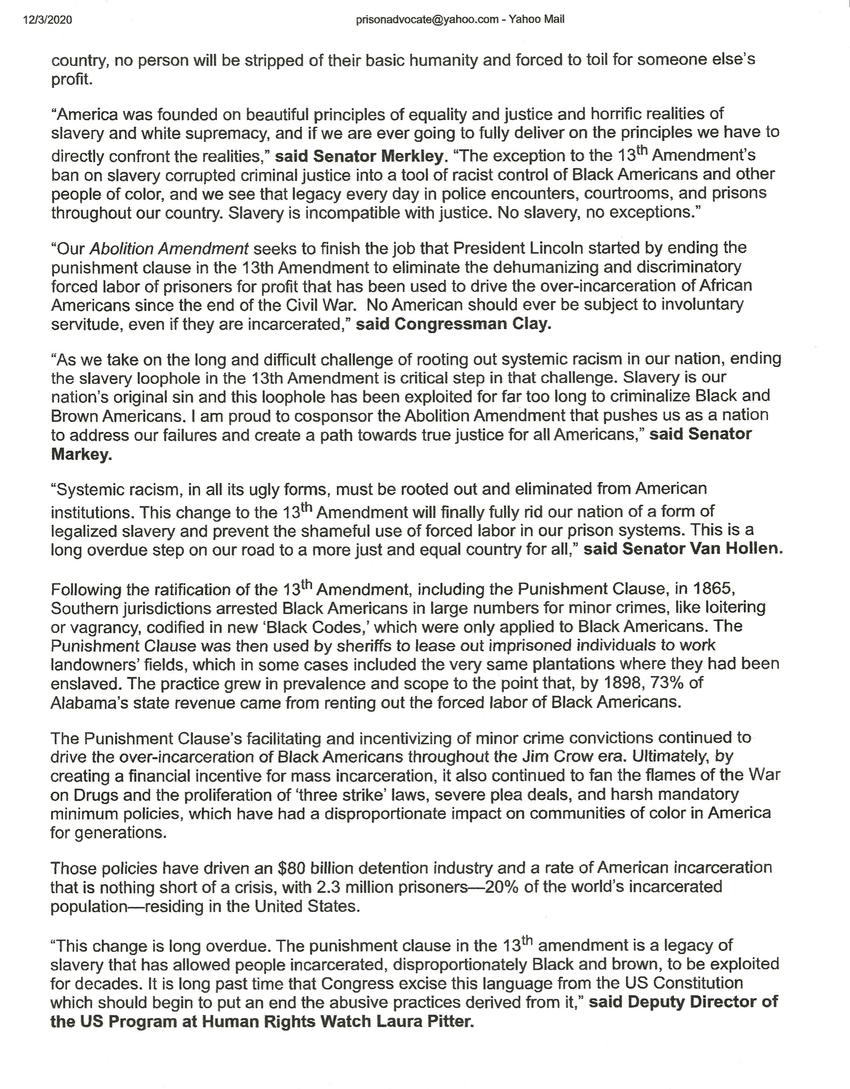 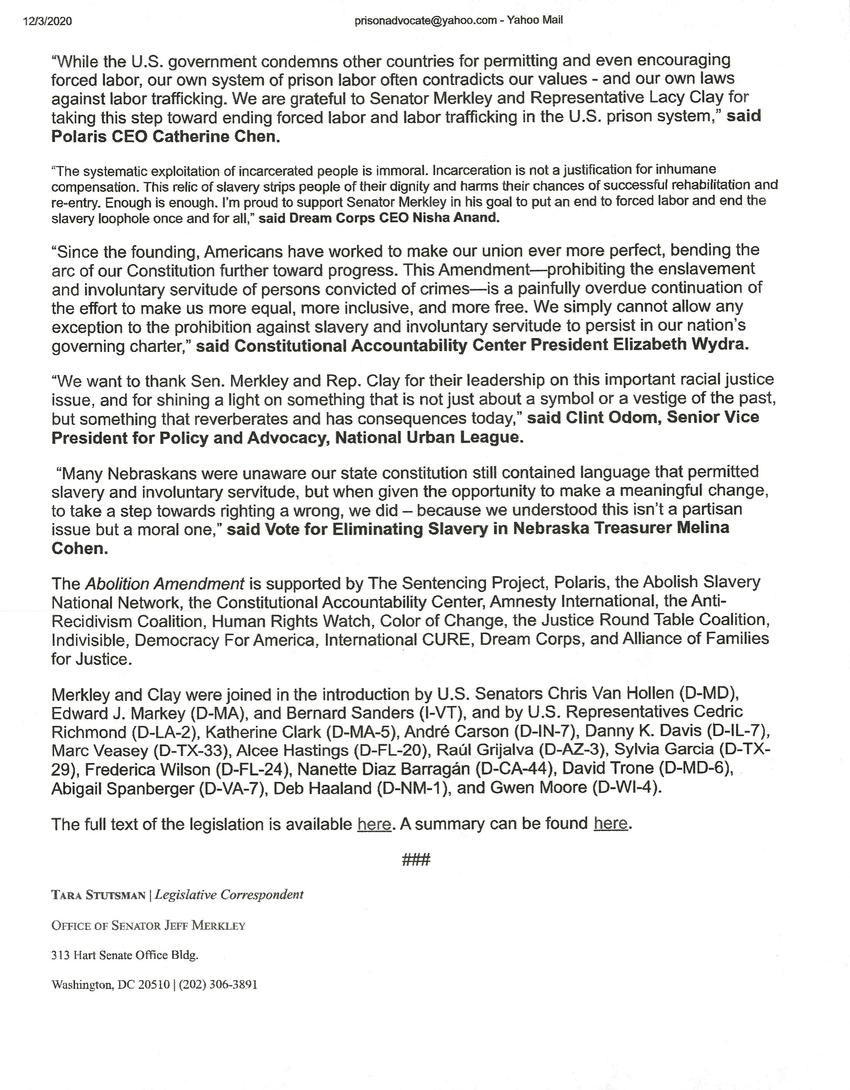 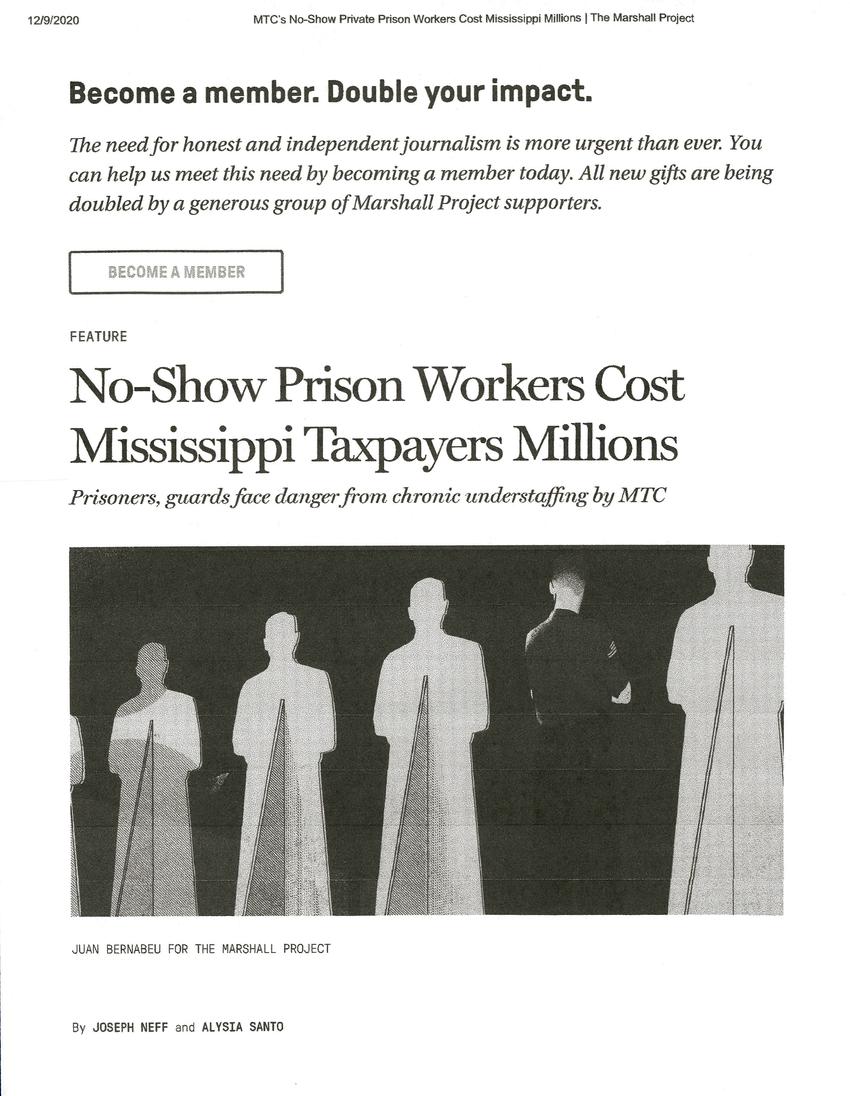 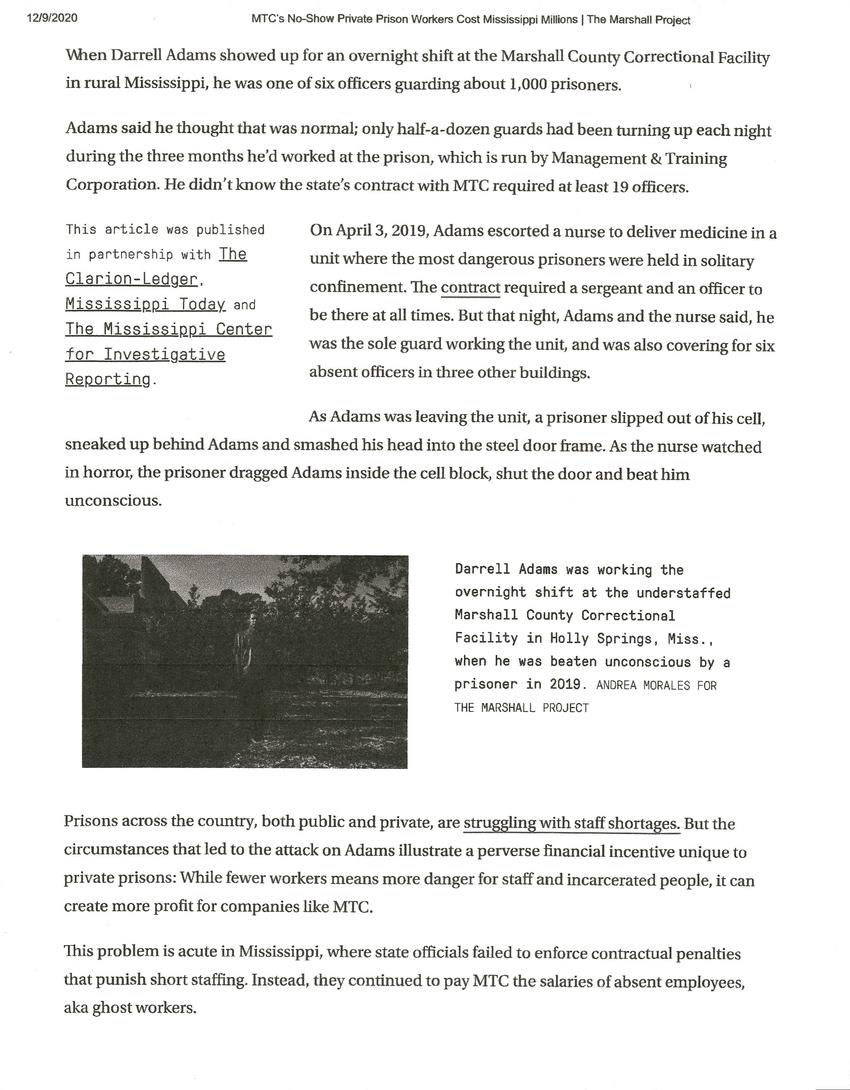 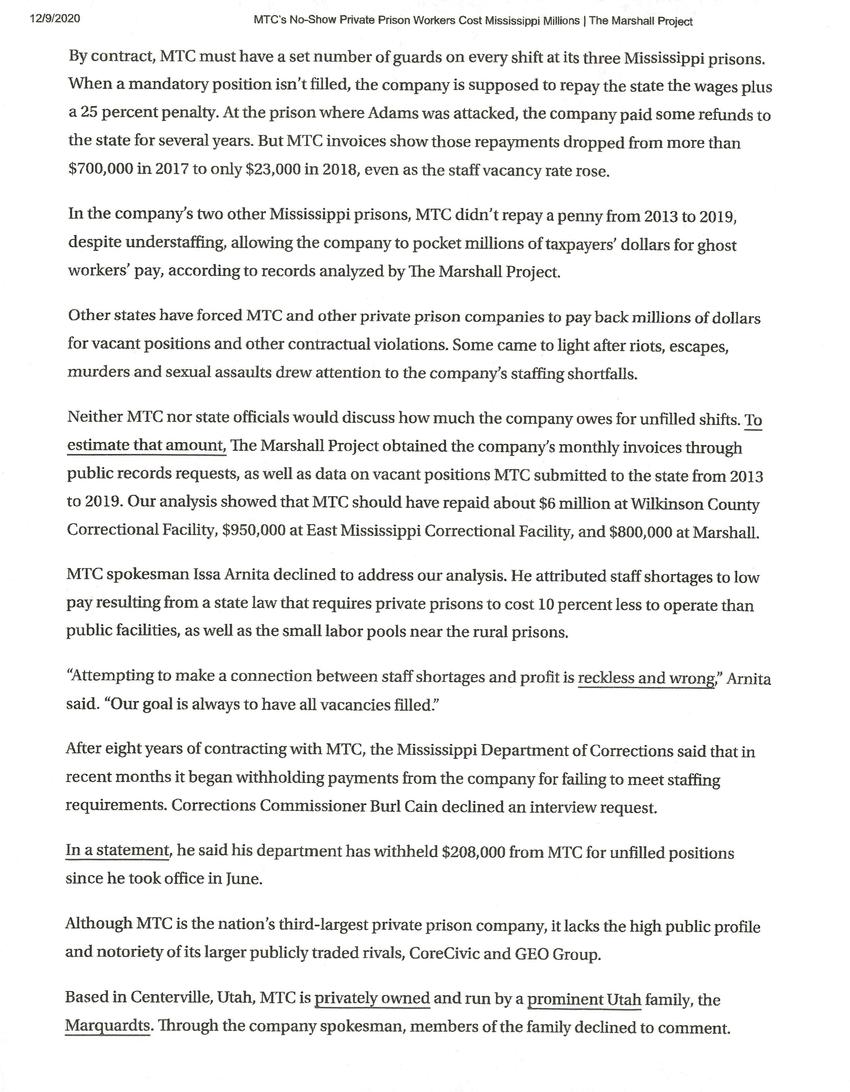 Fwd: The Abolition Amendment is here!
From: Charlie Sullivan (cure@curenational.org)
To:
Bcc:

Today 900,000 individuals in the U.S. still forced to work for others' profit

The 13th Amendment abolished most--but not all--slavery, permitting slavery or involuntary servitude "as a punishment for crime." The "Abolition Amendment" would finally finish the job started by the Civil Wwar, Emancipation Proclamation, and 13th Amendment and end the morally reprehensible practice of slavery and forced labor in American, and send a clear message: in this country, no person will be stripped of their basic humanity and forced to toil for someone else's profit.

Thanks for writing! I worked on the transcription for your post. I only got partway through but the press release truly inspired me. I'm hoping to get more involved with changing prison reform as well :')
(scanned reply – view as blog post)
uploaded April 2, 2021.  Original (PDF) 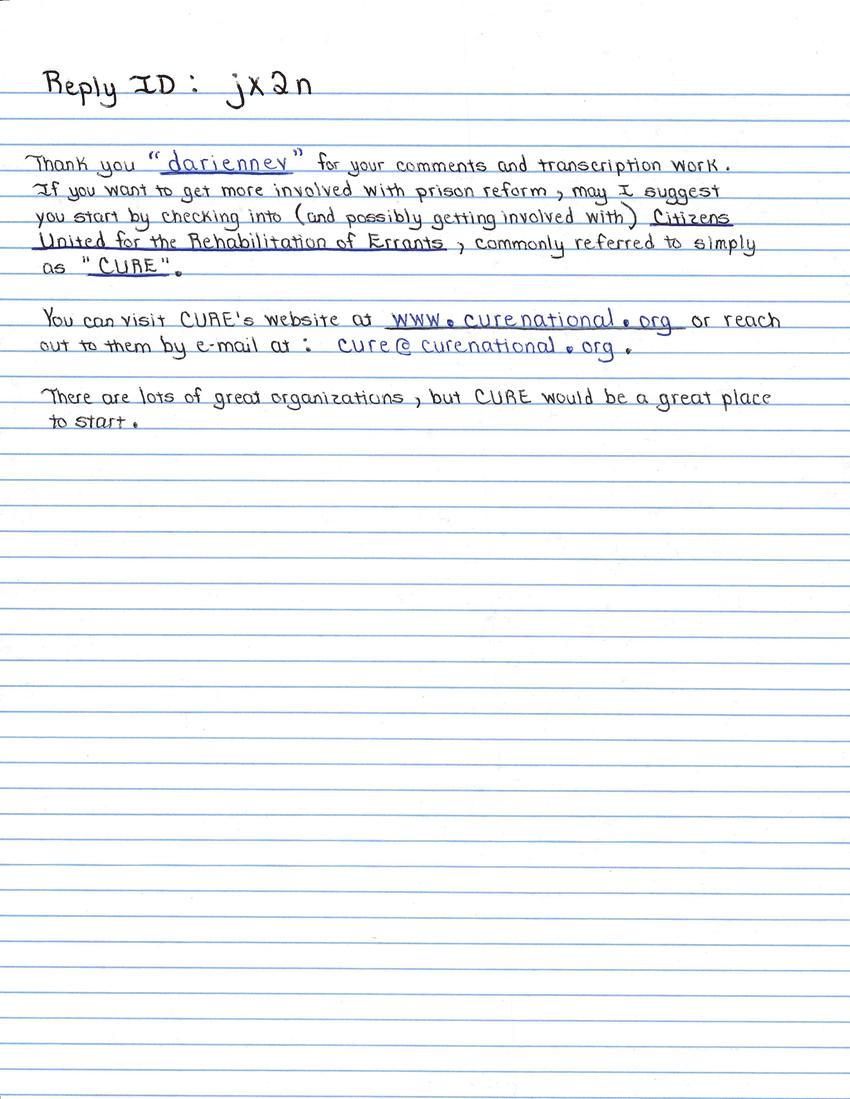