An Interview with Jennifer Rose 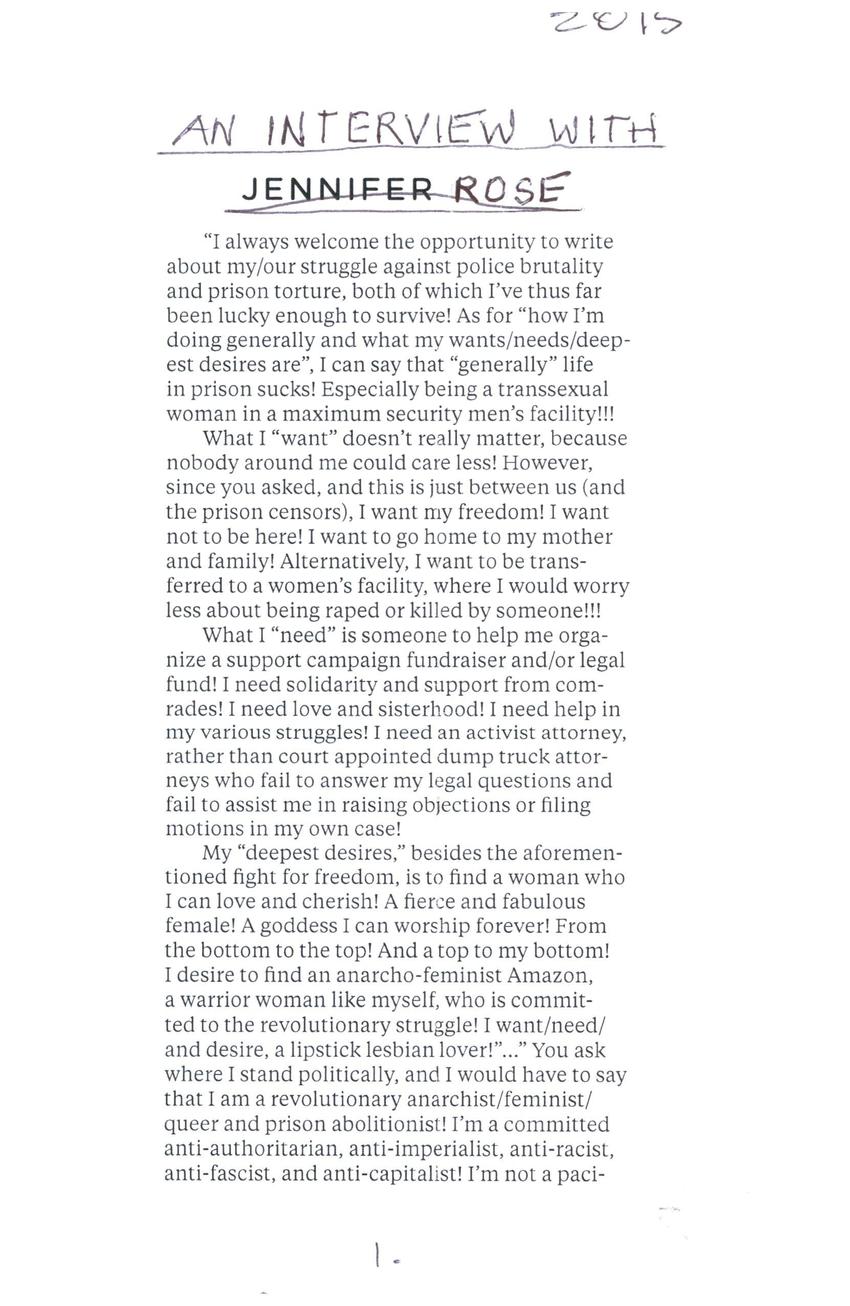 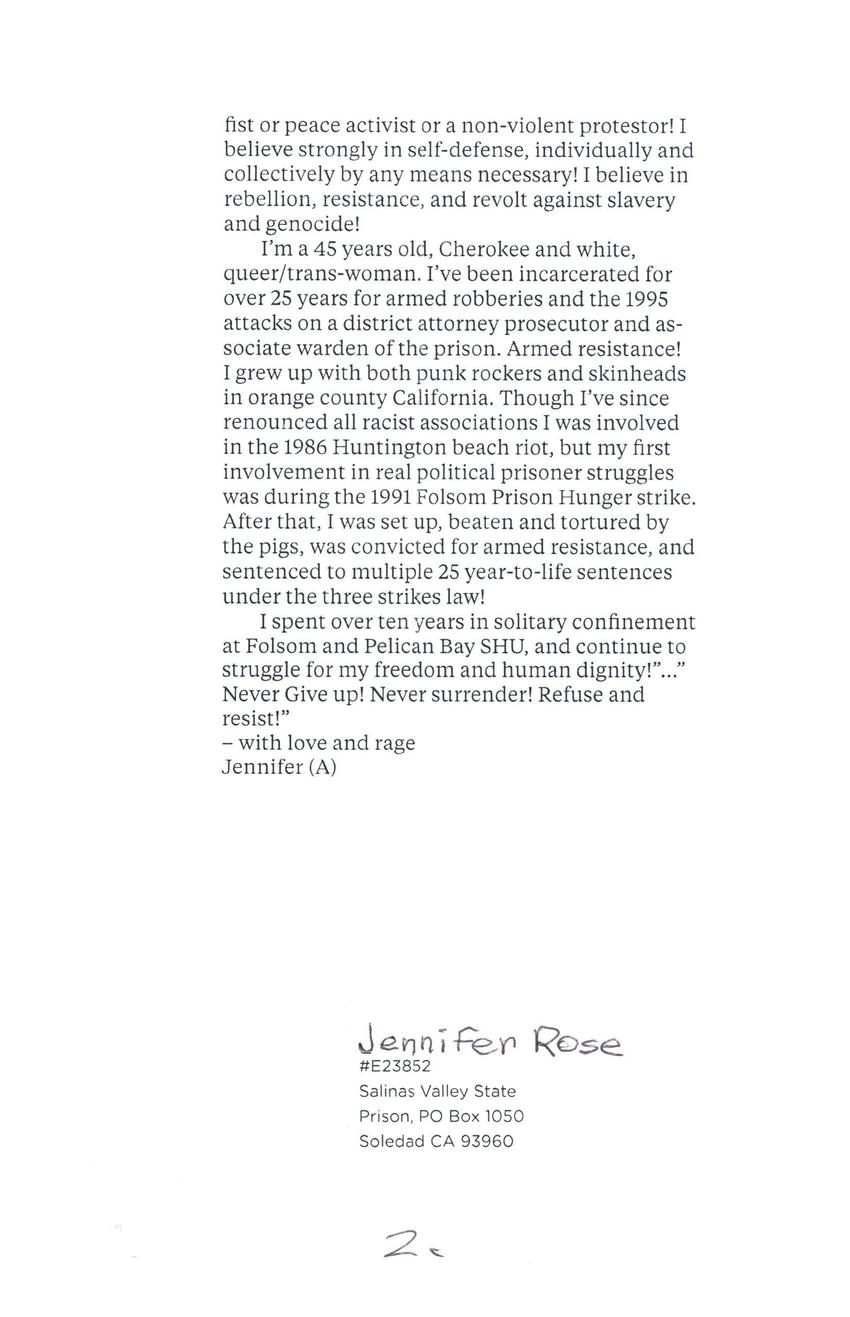 An Interview With Jennifer Rose

"I always welcome the opportunity to write about my/our struggle against police brutality and prison torture, both of which I've thus far [have] been lucky enough to survive! As for "how I'm doing generally and what my wants/needs/deepest desires are," I can say that "generally" life in prison sucks! Especially being a transsexual woman in a maximum security men's facility!!!
What I "want" doesn't really matter, because nobody around me could care less! However, since you asked, and this is just between us (and the prison censors), I want my freedom! I want [to] not be here! I want to go home to my mother and family! Alternatively, I want to be transferred to a women's facility, where I would worry less about being raped or killed by someone!!!
What I "need" is someone to help me organize a support campaign fundraiser and/or legal fund! I need solidarity and support from comrades! I need love and sisterhood! I need help in my various struggles! I need an activity attorney, rather than court appointed dump truck attorneys who fail to answer my legal questions and fail to assist me in raising objections or filings motions in my own case!
My "deepest desires," besides the aforementioned fight for freedom, is to find a woman who I can love and cherish! A fierce and fabulous female! A goddess I can worship forever! From the bottom to the top! And a top to my bottom! I desire to find an anarcho-feminist Amazon, a warrior woman like myself, who is committed to the revolutionary struggle! I want/need/and desire a lipstick lesbian lover!"..."You ask where I stand politically, and I would have to say that I am a revolutionary anarchist/feminist/queer and prison abolitionist! I'm a committed anti-authoritarian, anti-imperialist, anti-racist, anti-fascist, and anti-capitalist! I'm not a pacifist or peace activity or a non-violent protestor! I believe strongly in self-defense, individually and collectively by any means necessary! I believe in rebellion, resistance, and revolt against slavery and genocide!
I'm a 45 years old, Cherokee and white, queer/trans-woman. I've been incarcerated for over 25 years for armed robberies and the 1995 attacks on a district attorney prosecutor and associate warden of the prison. Armed resistance! I grew up with both punk rockers and skinheads in Orange County, California. Though I've since renounced all racist associations I was involved [with] in the 1986 Huntington beach riot, but my first involvement in real political prisoner struggles was during the 1991 Folsom Prison Hunger strike. After that, I was set up, beaten, and tortured by the pigs, was convicted for armed resistance, and sentenced to multiple 25 year-to-life sentences under the three strikes law!
I spent over ten years in solitary confinement at Folsom and Pelican Bay SHU, and continue to struggle for my freedom and human dignity!"..."
Never Give up! Never surrender! Refuse and resist!"
-with love and rage
Jennifer (A)