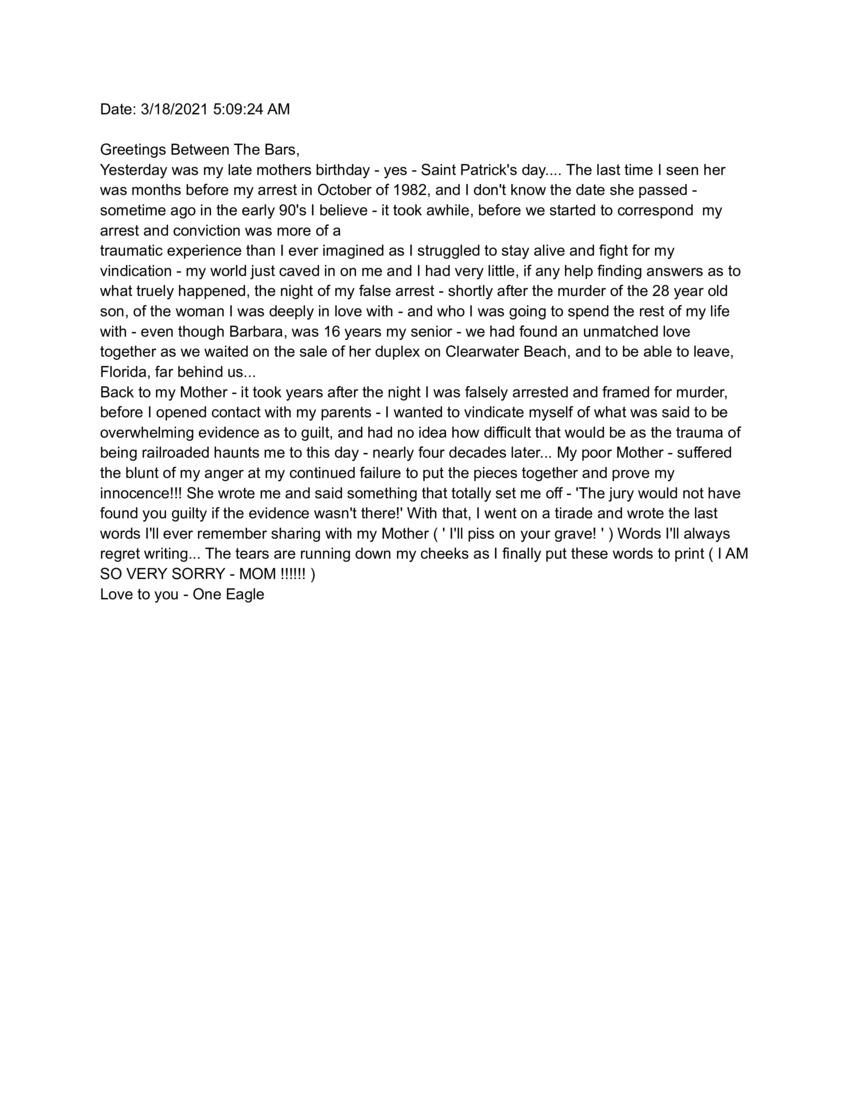 Greetings Between The Bars,
Yesterday was my late mothers birthday - yes - Saint Patrick's day.... The last time I seen her was months before my arrest in October of 1982, and I don't know the date she passed - sometime ago in the early 90's I believe - it took awhile, before we started to correspond my arrest and conviction was more of a traumatic experience than I ever imagined as I struggled to stay alive and fight for my vindication - my world just caved in on me and I had very little, if any help finding answers as to what truely happened, the night of my false arrest - shortly after the murder of the 28 year old son, of the woman I was deeply in love with - and who I was going to spend the rest of my life with - even though Barbara, was 16 years my senior - we had found an unmatched love together as we waited on the sale of her duplex on Clearwater Beach, and to be able to leave, Florida, far behind us...
Back to my Mother - it took years after the night I was falsely arrested and framed for murder, before I opened contact with my parents - I wanted to vindicate myself of what was said to be overwhelming evidence as to guilt, and had no idea how difficult that would be as the trauma of being railroaded haunts me to this day - nearly four decades later... My poor Mother - suffered the blunt of my anger at my continued failure to put the pieces together and prove my innocence!!! She wrote me and said something that totally set me off - 'The jury would not have found you guilty if the evidence wasn't there! With that, I went on a tirade and wrote the last words I'll ever remember sharing with my Mother (I'll piss on your grave!') Words I'll always regret writing... The tears are running down my cheeks as I finally put these words to print (I AM SO VERY SORRY - MOM !!!!!! )
Love to you - One Eagle