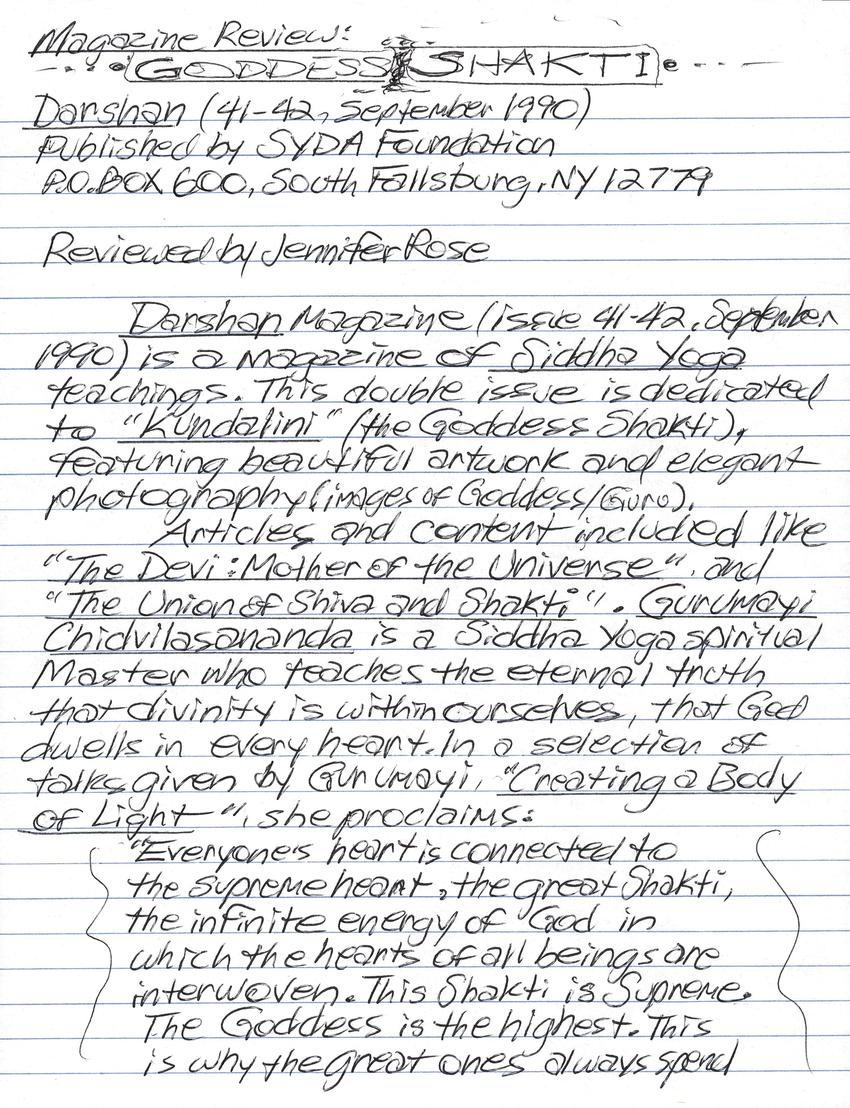 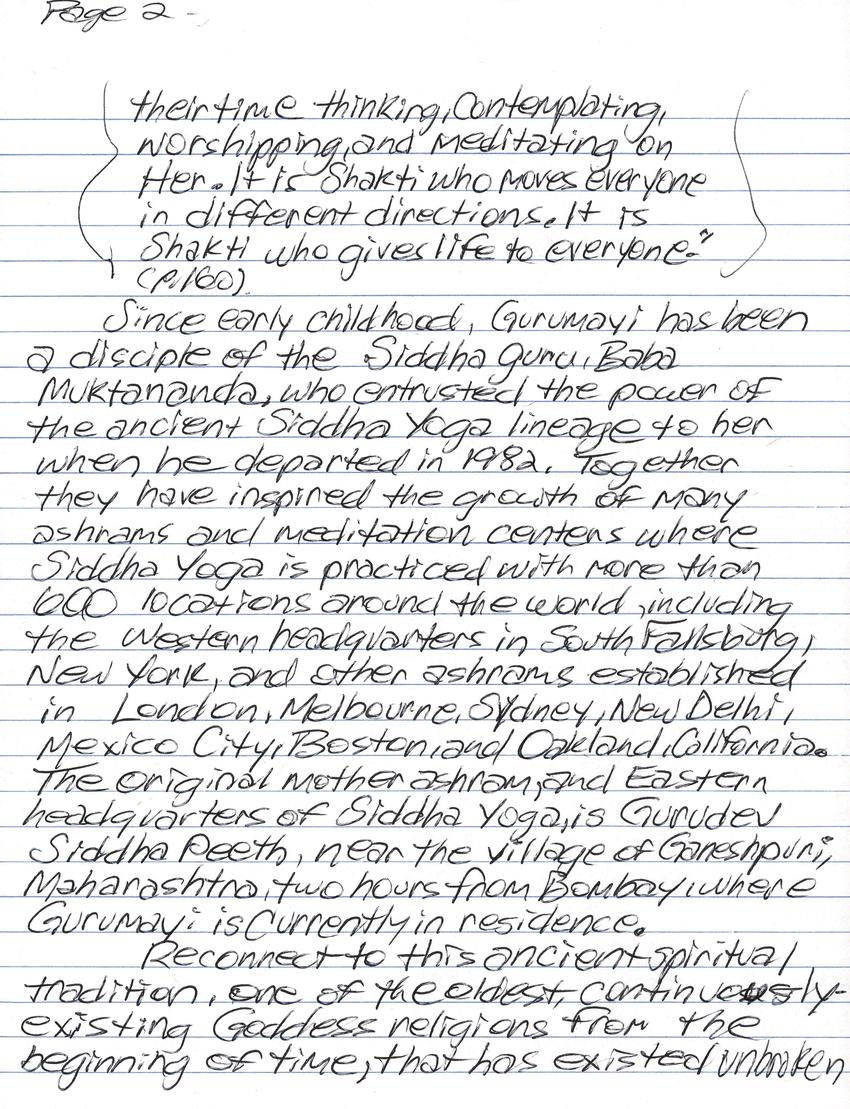 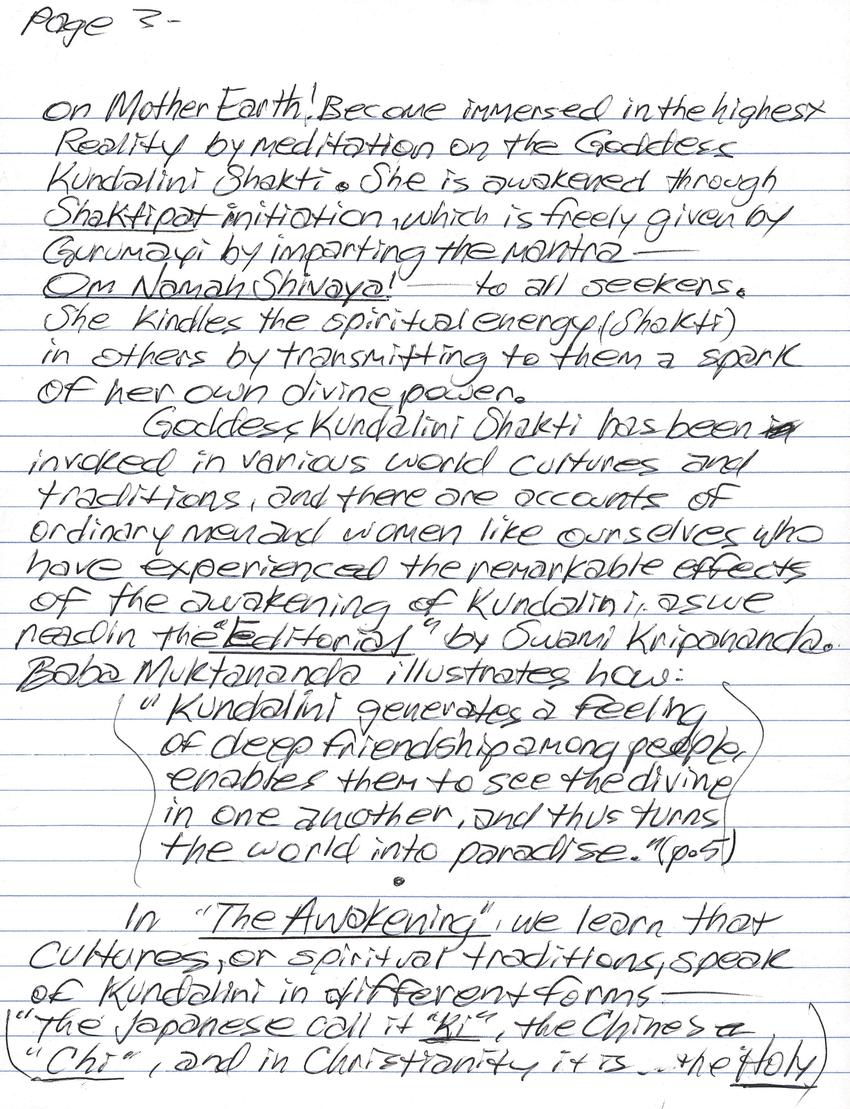 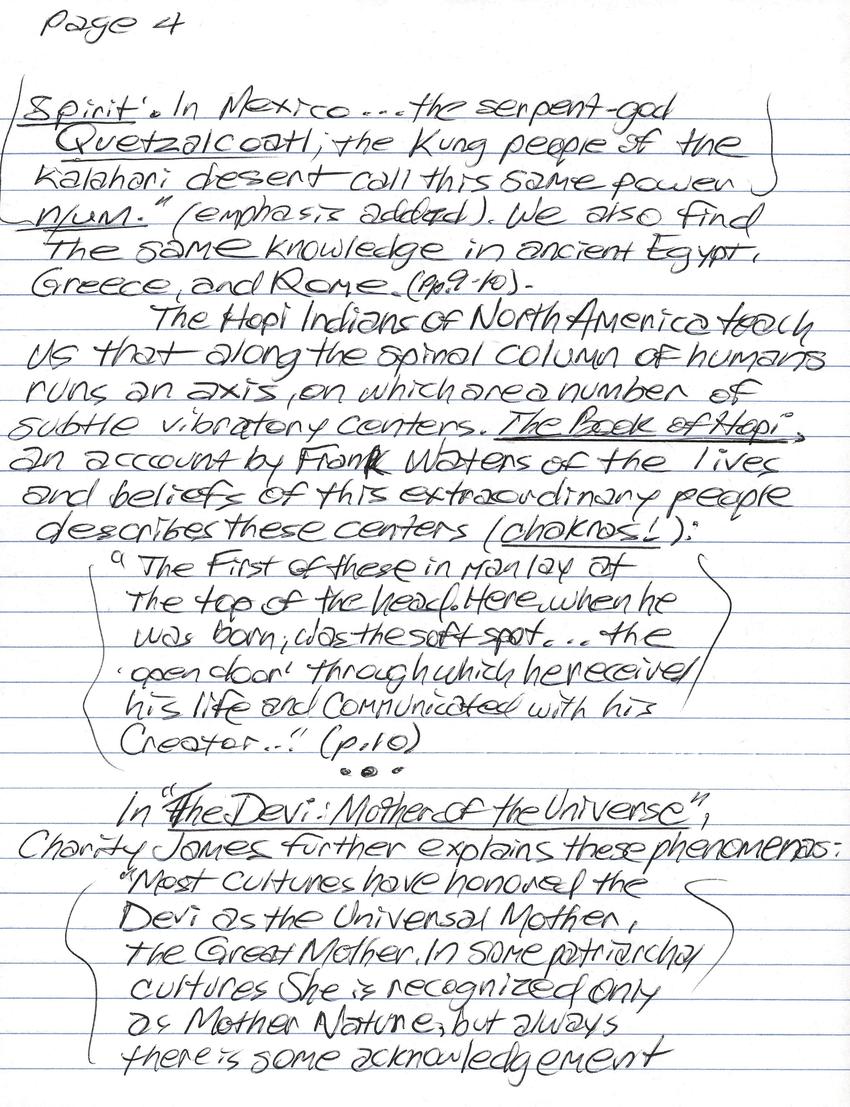 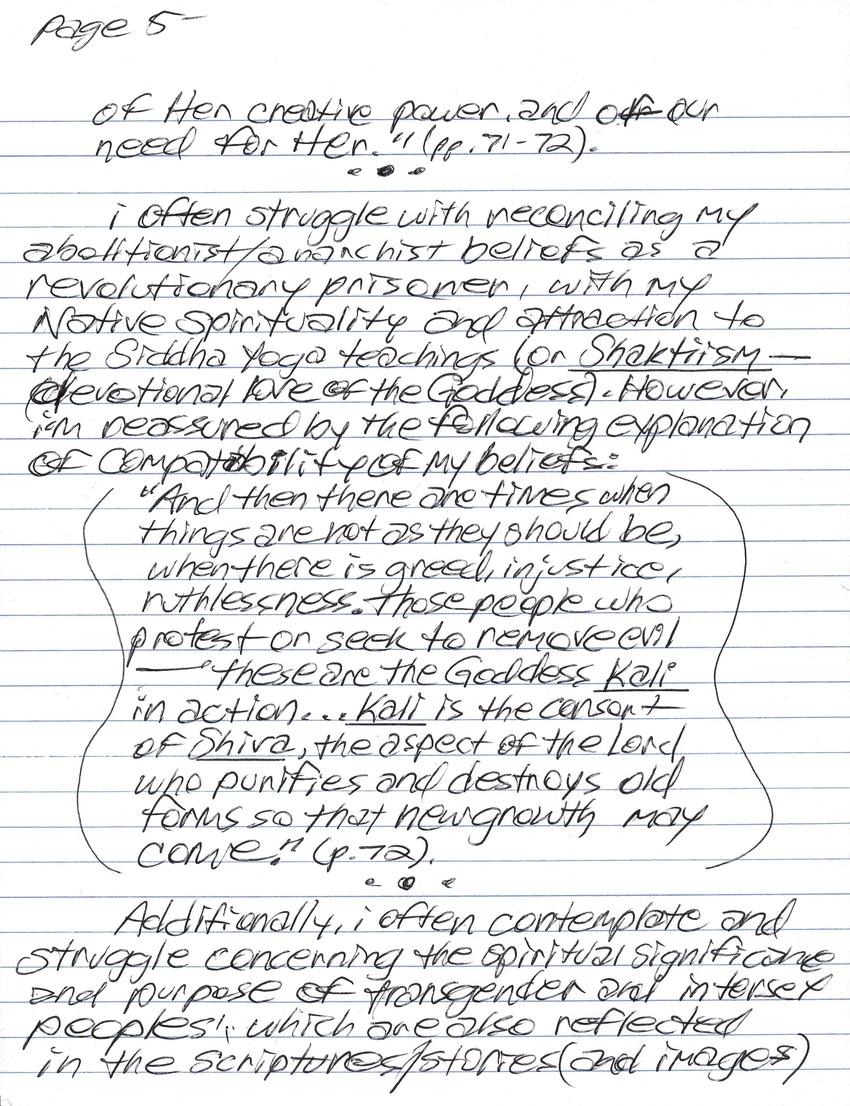 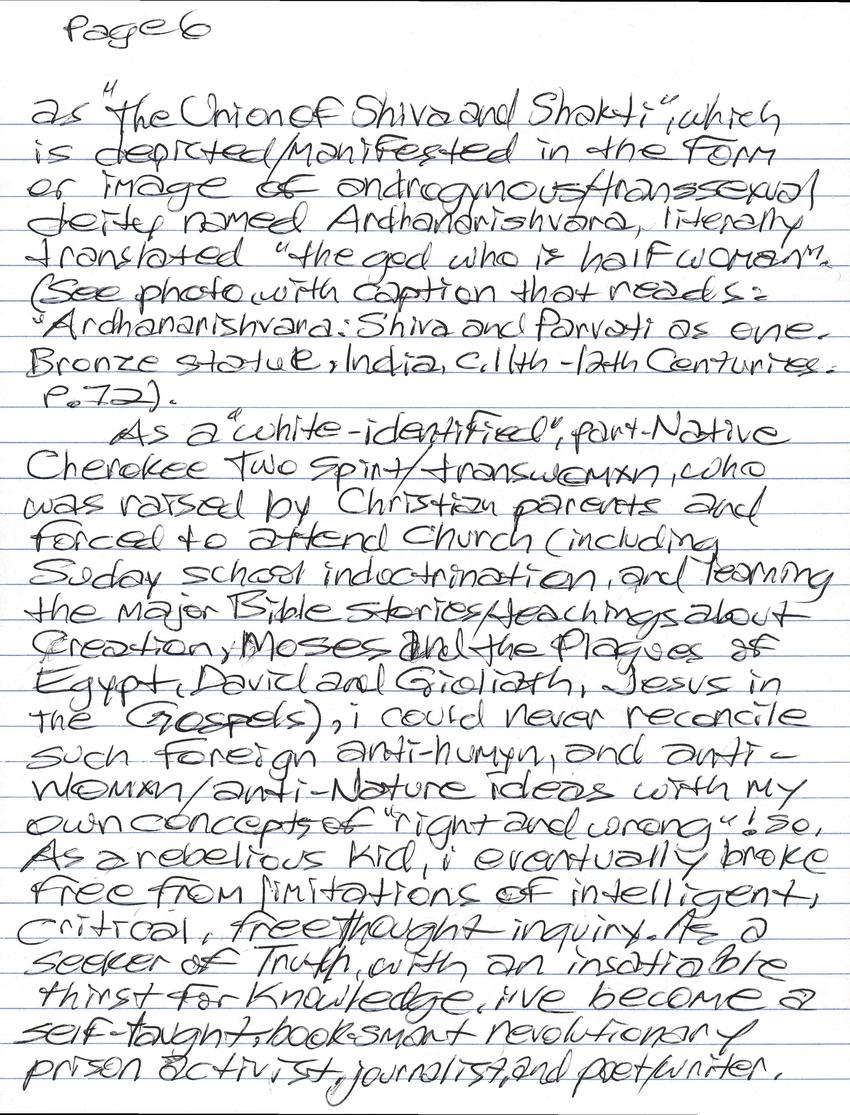 An important vehicle for making the Siddha Yoga teachings available to students and sekers around the world, including those who cannot attend satsangs in local Centers, is the Siddha Yoga Path Website. The internet address on URL is:
www.siddhayoga.org

Incarcerated people can enroll in the free Siddha Yoga Correspondence Courses, In Search of the Self, and Home Study Course, and become Siddha Yoga students by writing to the Prison Project at:
SYDA Foundation
Prison Project
P.O. Box 99140
Emeryville, CA 94662
For those who may soon be released from prison, there's also a Released Student Program, which students may call, email, or write. The contact information is:
Page 9
SYDA Foundation Prison Project
Released Student Program
P.O. Box 99140
Emeryville, CA 94662
Phone: (510)898-2700 ext. 4104
Email: ReleasedStudent@syaoakland.org

There is also a monthly sadhana circle for formerly incarcerated students at the Siddha Yoga Ashram and Center in Manhattan, New York. Call either of the following or check the website:
Alan Gompers at: (718)708-4799
Mario Starace at: (917)445-2694
Website: www.siddhayoganyc.org

Do you have an opinion? Want to ask a question? I also welcome you, the Reader, to post your comments and criticism, of other feedback, on this blog; or write to me directly if you prefer at:
Jennifer Rose, E23852
Salinas Valley State Prison
P.O. Box 1050
Soledad, CA 9390, USA
Support site: babygirlgann.noblogs.org
Email: @jpay.com (send me a jpay letter, with snail mail address for reply!)