Dreamed I Was A Stone 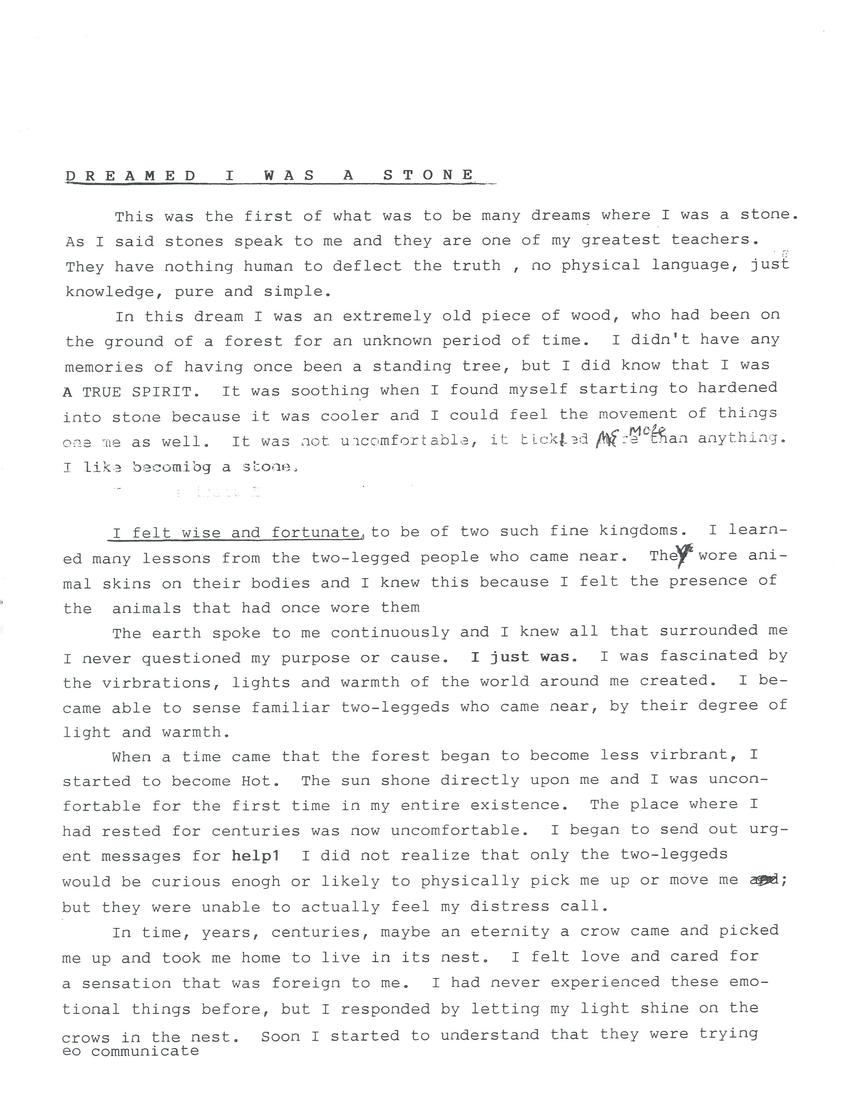 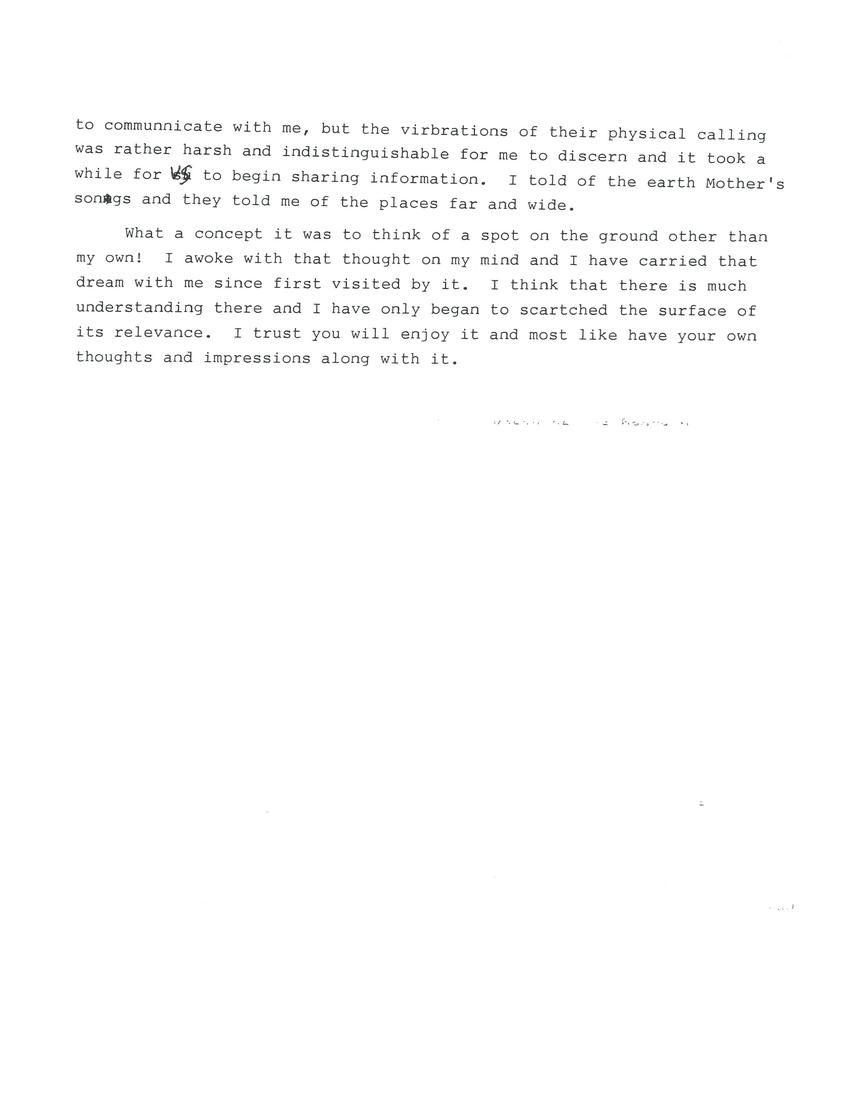 DREAMED I WAS A STONE

This was the first of what was to be many dreams where I was a stone. As I said stones speak to me and they are one of my greatest teachers. They have nothing human to deflect the truth, no physical language, just knowledge, pure and simple.
In this dream I was an extremely old piece of wood, who had been on the ground of a forest for an unknown period of time. I didn't have any memories of having once been a standing tree, but I did know that I was A TRUE SPIRIT. It was soothing when I found myself starting to hardened into stone because it was cooler and I could feel the movement of things one me as well. It was not uncomfortable, it tickled me more than anything. I was becoming a stone.
I felt wise and fortunate, to be of the two such fine kingdoms. I learned many lessons from the two-legged people who came near. They wore animal skins on their bodies and I knew this because I felt the presence of the animals that had once wore them.
The earth spoke to me continuously and I knew all that surrounded me I never questioned my purpose or cause. I just was. I was fascinated by the vibrations, lights and warmth of the world around me created. I became able to sense familiar two-leggeds who came near, by their degree of light and warmth.
When a time came that the forest began to become less vibrant, I started to become Hot. The sun shone directly upon me and I was uncomfortable for the first time in my entire existence. I began to send out urgent messages for help. I did not realize that only the two-leggeds would be curious enough or likely to physically pick me up or move me; but they were unable to actually feel my distress call.
In time, years, centuries, maybe an eternity a crow came and picked me up and took me home to live in its nest. I felt love and cared for a sensation that was foreign to me. I had never experienced these emotional things before, but I responded by letting my light shine on the crows in the nest. Soon I started to understand that they were trying to communicate

to communicate with me, but the vibrations of their physical calling was rather harsh and indistinguishable for me to discern and it took a while for us to being sharing information. I told of the earth Mother's songs and they told me of the places far and wide.
What a concept it was to think of a spot on the ground other than my own! I awake with that thought on my mind and I have carried that dream with me since first visited by it. I think that there is much understanding there and I have only began to scratched the surface of its relevance. I trust you will enjoy it and most like have your own thoughts and impressions along with it.