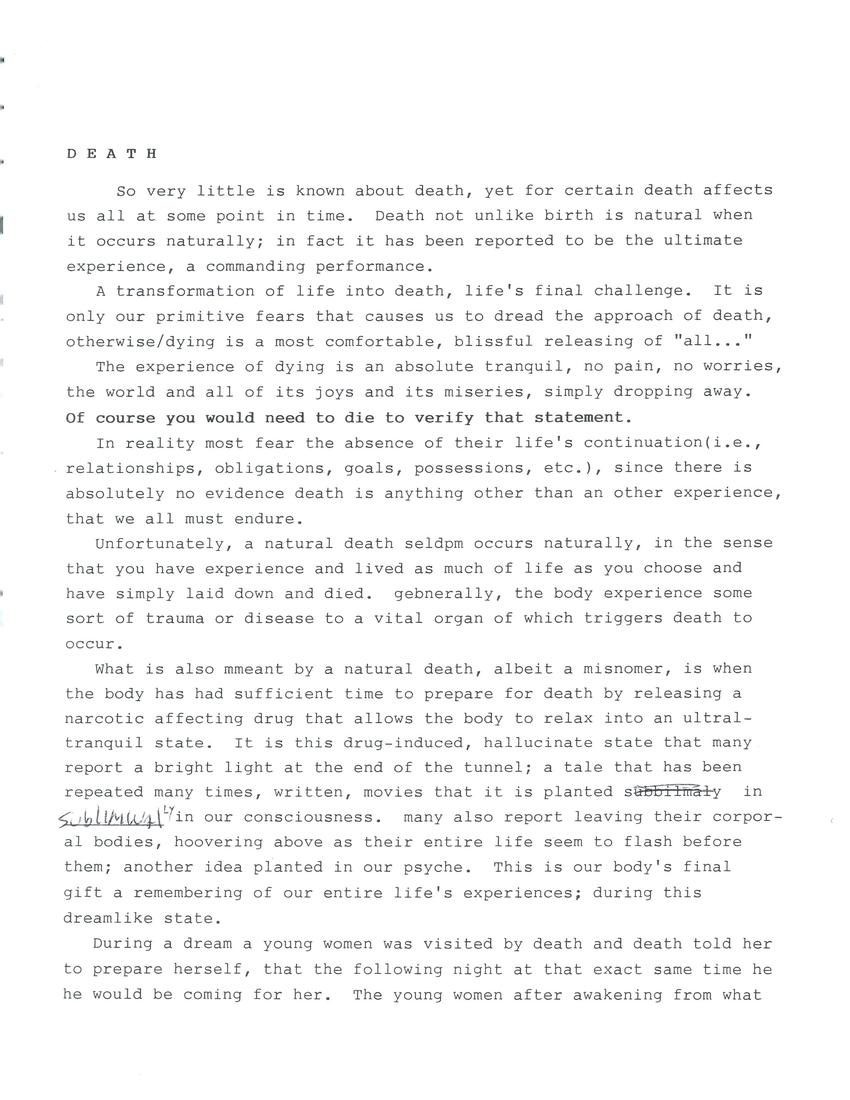 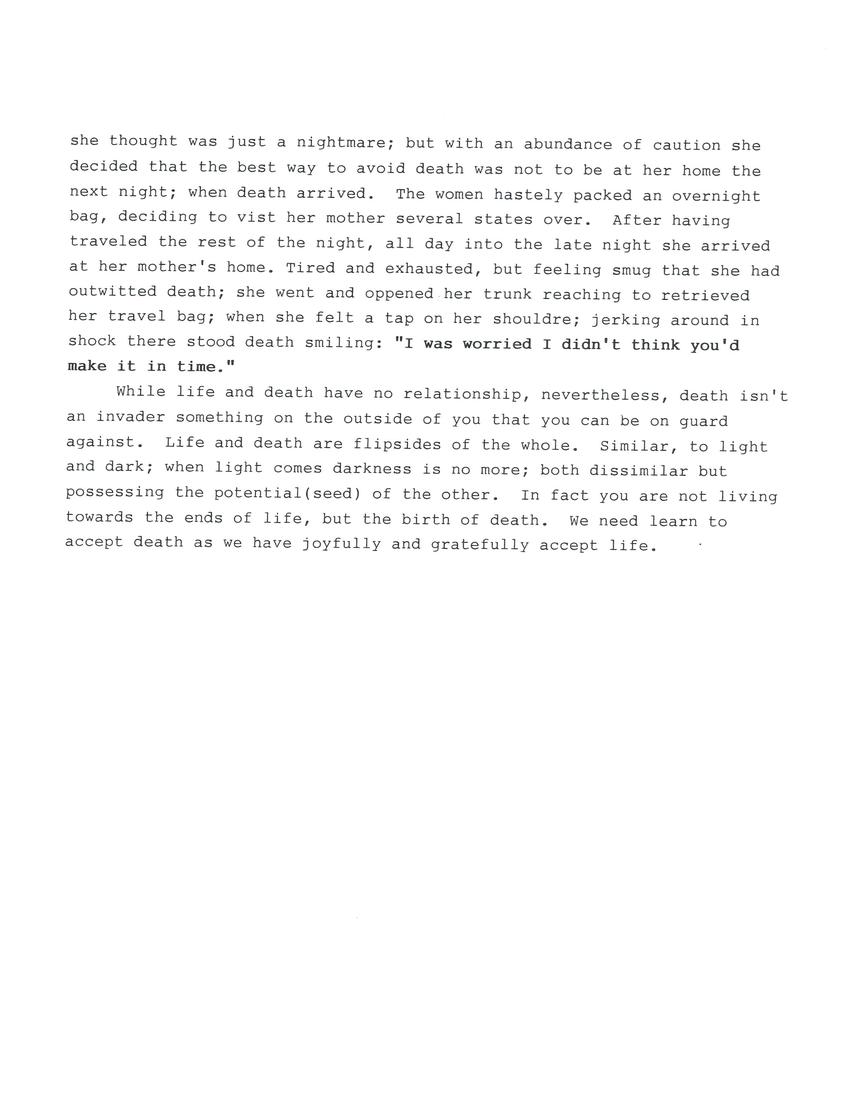 So very little is known about death, yet for certain death affects us all at some point in time. Death not unlike birth is natural when it occurs naturally; in fact it has been reported to be the ultimate experience, a commanding performance.
A transformation of life into death, life's final challenge. It is only our primitive fears that causes us to dread the approach of death, otherwise/dying is a most comfortable, blissful releasing of "all..."
The experience of dying is an absolute tranquil, no pain, no worries, the world and all of its joys and its miseries, simply dropping away. Of course you would need to die to verify that statement.
In reality most fear the absence of their life's continuation (i.e., relationships, obligations, goals, possessions, etc.), since there is absolutely no evidence death is anything other than an other experience, that we all must endure.
Unfortunately, a natural death seldom occurs naturally, in the sense that you have experience and lived as much of life as you choose and have simply laid down and died. Generally, the body experiences some sort of trauma or disease to a vital organ of which triggers death to occur.
What is also meant by a natural death, albeit a misnomer, is when the body has had sufficient time to prepare for death by releasing a narcotic affecting drug that allows the body to relax into an ultra-tranquil state. It is this drug-induced, hallucinate state that many report a bright light at the end of the tunnel; a tale that has been repeated many times, written, movies that is planted in subliminally in our consequences. Many also report leaving their corporal bodies, hoovering above as their entire life seem to flash before them; another idea planted in our psyche. This is our body's final gift a remembering of our entire life's experiences; during this dreamlike state.
During a dream a young women was visited by death and death told her to prepare herself, that the following night at that exact same time he would be coming for her. The young women after awakening from what she thought was just a nightmare; but with an abundance of caution she decided that the best way to avoid death was not to be at her home the next night; when death arrived. The women hastily packed an overnight bag, deciding to visit her mother several states over. After having traveled the rest of the night, all day into the late night she arrived at her mother's home. Tired and exhausted, but feeling smug that she had outwitted death; she went and opened her trunk reaching to retrieved her travel bag; when she felt a tap on her shoulder; jerking around in shock there stood death smiling: "I was worried I didn't think you'd make it in time."
While life and death have no relationship, nevertheless, death isn't an invader something on the outside of you that you can be on the guard against. Life and death are flipsides of the whole. Similar, to light and dark; when light comes darkness is no more; both dissimilar but possessing the potential (seed) of the other. In fact you are not living towards the ends of life, but the birth of death. We need learn to accept death as we have joyfully and gratefully accepted life.

Death can be scary to think about but it leads you a very peaceful life.