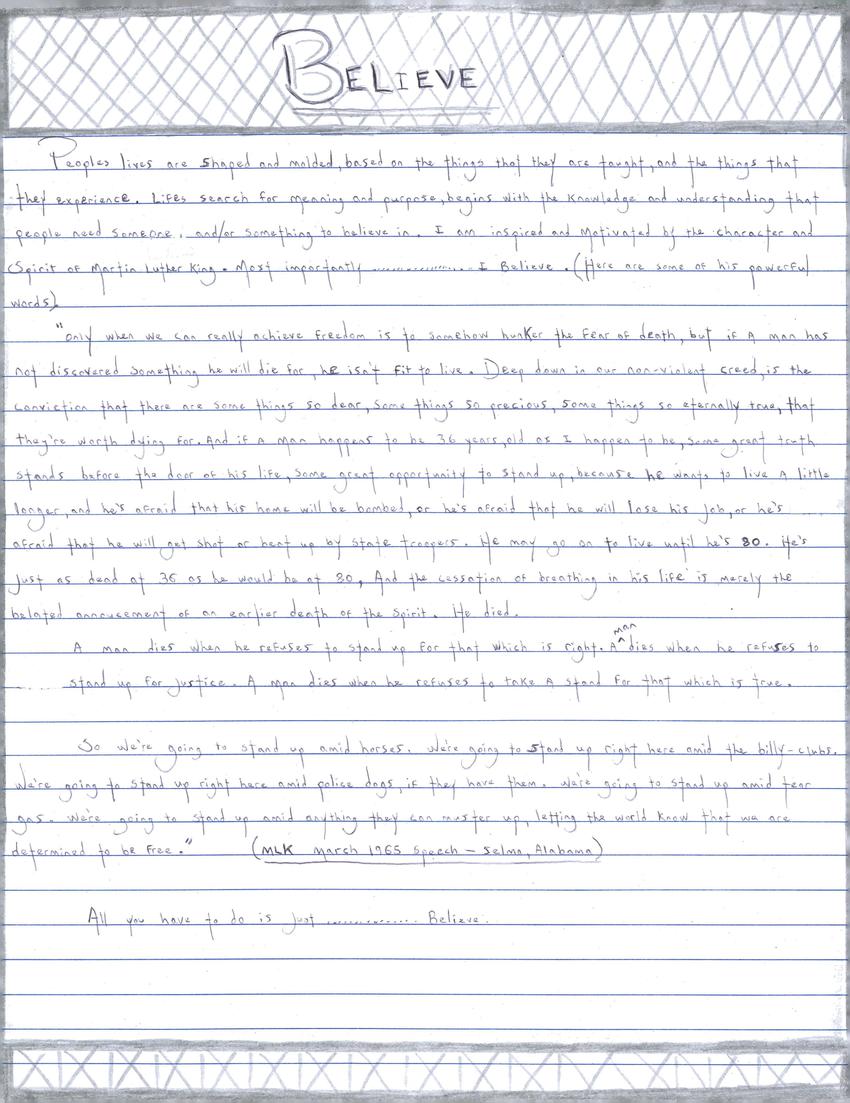 People's lives are shaped and molded, based on the things that they are taught, and the things that they experience. Life's search for meaning and purpose, begins with the knowledge and understanding that people and someone, and/or something to believe in. I am inspired and motivated by the character and spirit of Martin Luther King. Most importantly .... I Believe. (Here are some of his powerful words).

"Only when we can really achieve achieve freedom is to somehow hunker the fear of death, but if a man has not discovered something he will die for, he isn't fit to live. Deep down in our non-violent creed, is the conviction that there are some things so dear, some things so precious, some things so eternally true, that they're worth dying for. And if a man happens to be 36 years old as I happen to be, some grant truth stands before the door of his life, some grant opportunity to stand up, because he wants to live a little longer, and he's afraid that his home will be bombed, or he's afraid that he will lose his job, or he's afraid that he will get shot or bent up by state troopers. He may go on to live until he's 80. He's just as dead at 36 as he would be at 80. And the cessation of breathing in his life is merely the belated announcement of an earlier death of the spirit. He died.

It is truly interesting how culture can seep into a person's personality. I'm a psych major and am currently taking a course on this!