Reply ✍ Transcribed
From The Untold Story's of Prison Life!, And Beyond, Life Goes On! by Mark Garcia (author's profile)
Share this:
uploaded April 17, 2011.  Original (PDF) 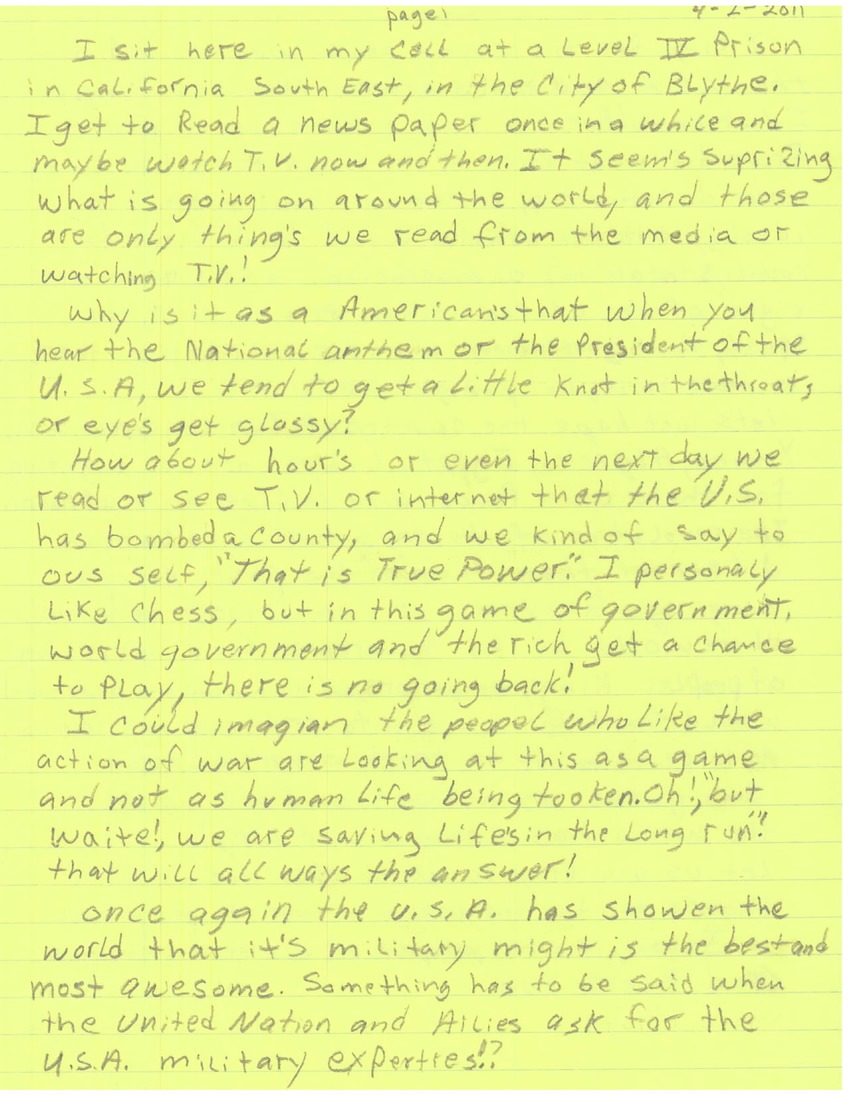 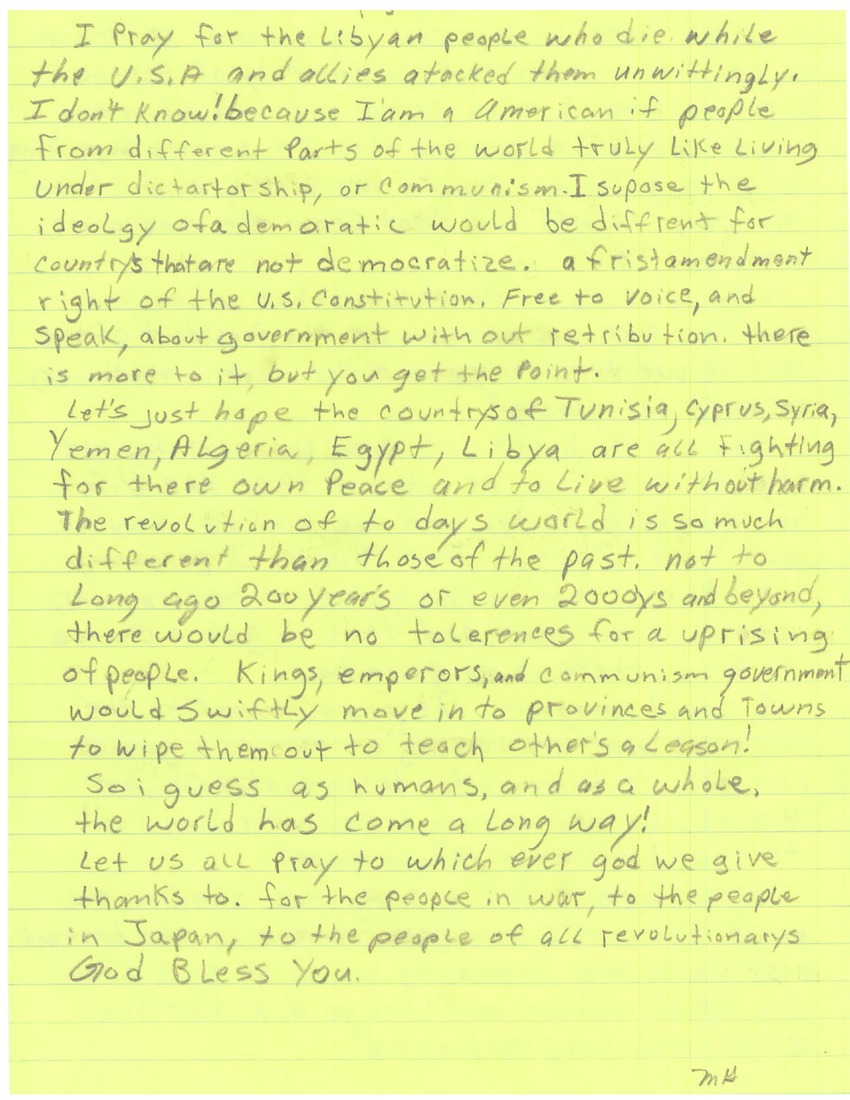 I sit here in my cell at a level IV prison in California, southeast of the city of Blythe. I get to read newspaper once in a while and maybe watch TV now and then. It seems surprising what is going on around the world and those are only things we read from the media or watching TV!

Why is it as Americans—when you hear the National Anthem or the president of the USA, we tend to get a little knot in our throats our or eyes get glossy?

How about hours or even the next day we read or see the TV and we kind of say to ourselves, "That is true power." I personally like chess, but in the game of government, world government, the rich get a chance to play and there is no going back!

I could imagine the people who'd like the action of war are looking at this as a game and not as human life being taken. "Oh, but wait! We are saving life in the long run!" That will always be the answer!

Once again the USA has shown the world that its military might is the best and most awesome. Something has to be said when the United Nation and Allies ask for the USA military expenses!

I pray for the Libyan people who died while the USA and allies attacked them unwittingly. I don't know, because I'm an American! If people from different parts of the world truly like living under dictatorship or communism, I suppose the ideology of a democratic world would be different for countries that are not democratic. A First Amendment right of the US Constitution, freedom to voice and speak about government without retribution. There is more to it, but you get the point.

Let's just hope that the countries of Tunisia, Cyprus, Syria, Yemen, Algeria, Egypt, Libya are all fighting for their own peace and to live without harm. The revolution of today's world is so much different than those of the past. Not too long ago, 200 years or even 2,000 years and beyond, there would be no tolerance for a people's uprising. Kings, emperors, and Communism would swiftly move into provinces and towns to wipe them out, to teach others a lesson!