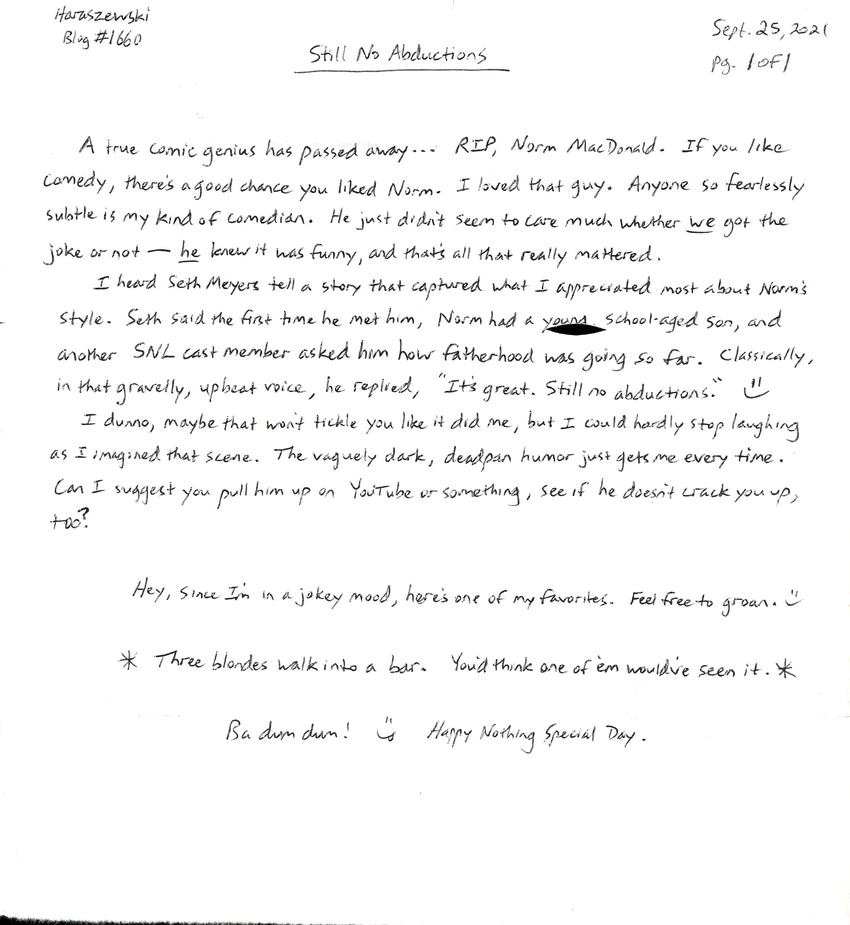 A true comic genius has passed away... RIP, Norm MacDonald. If you like comedy, there's a good chance you liked Norm. I loved that guy. Anyone so fearless subtle is my kind of comedian. He just didn't seem to care much whether we got the joke or not- he knew it was funny, and that's all that really mattered.
I heard Seth Meyers tell a story that captured what I appreciated most about Norm's style. Seth said the first time he met him, Norm had a young school-aged son, and another SNL cast member asked him how fatherhood was going so far. Classically, in that gravelly, upbeat voice, he replied, "It's great. Still no abductions."
I dunno, maybe that won't tickle you like it did me, but I would hardly stop laughing as I imagined that scene. The vaguely dark, deadpan humor just gets me every time. Can I suggest you pull him up on Youtube or something, see if he doesn't crack you up, too?

Hey, since I'm in a jokey mood, here's one of my favorites. Feel free to groan.
*Three blondes walk into a bar. You'd think one of 'em would've seen it.* 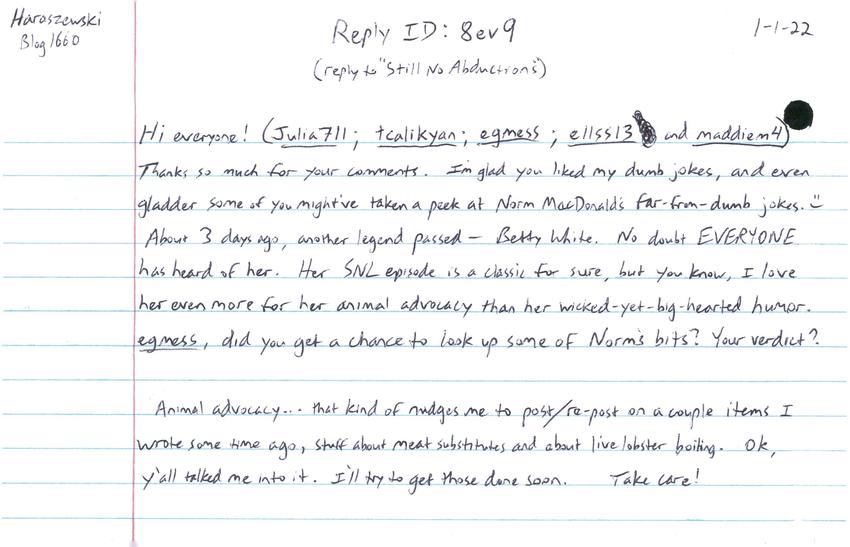