How Our Moment Passed 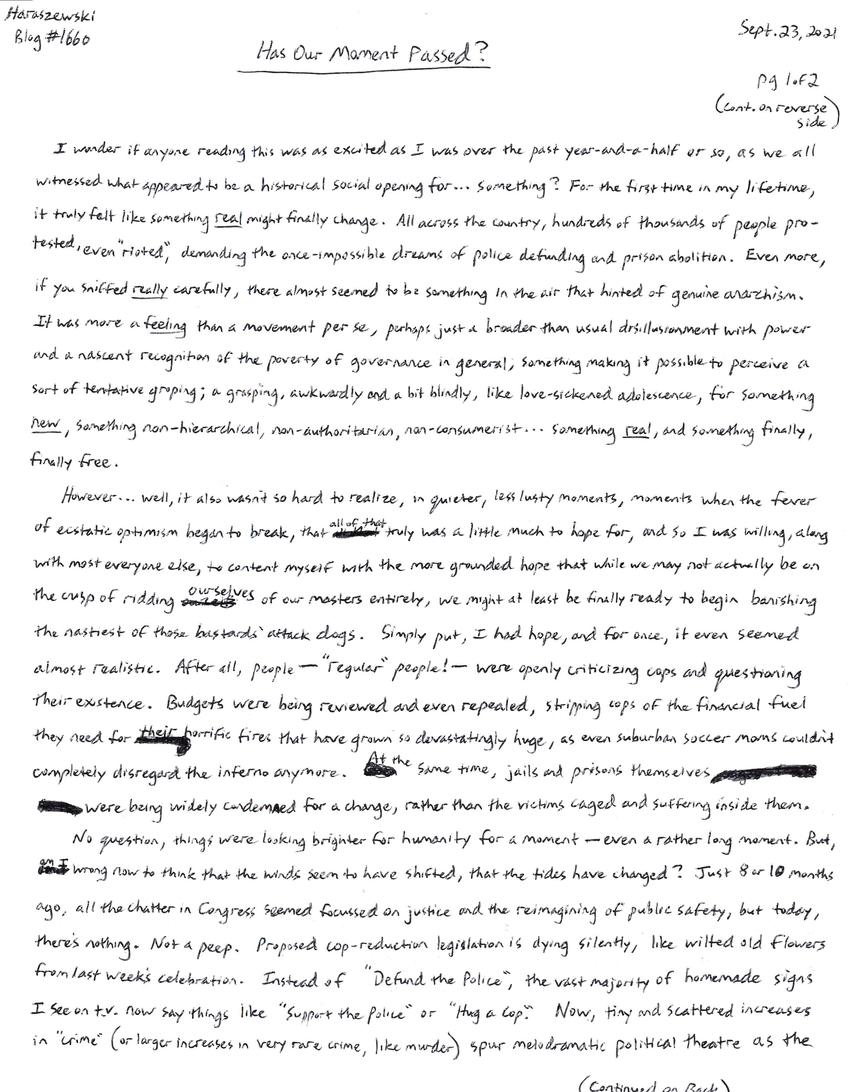 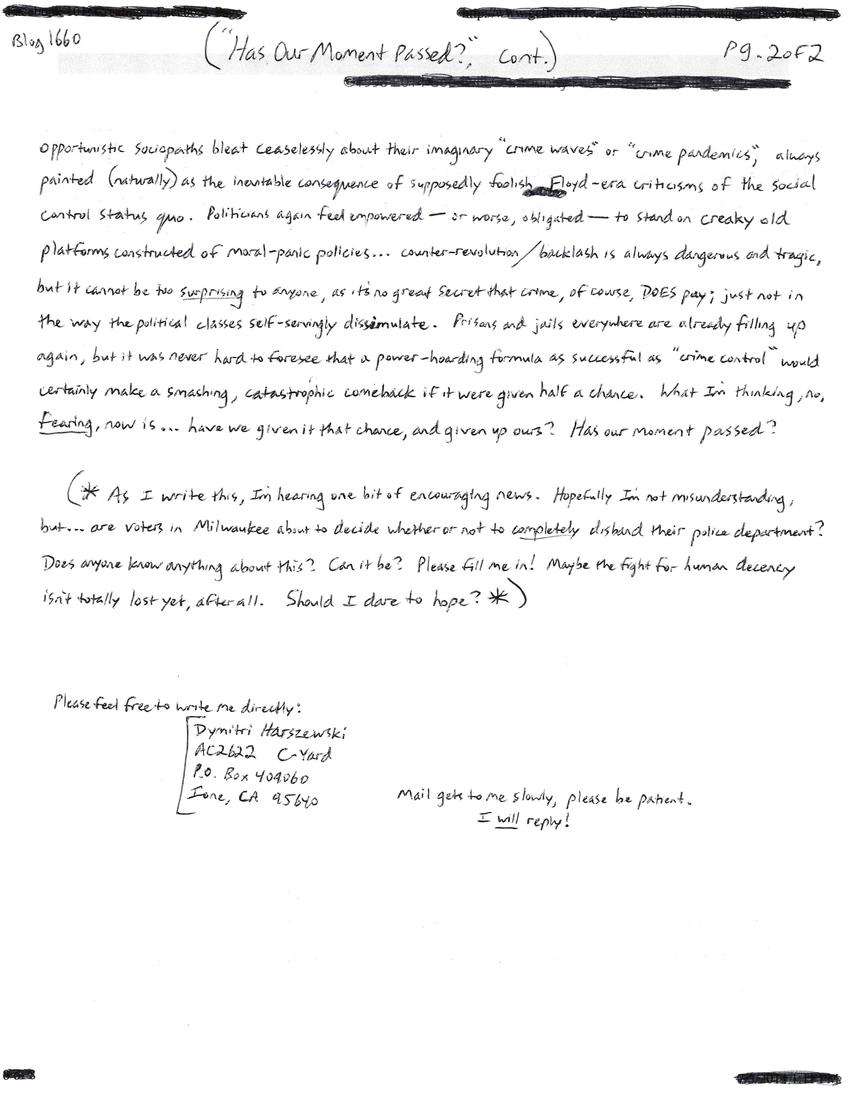 Has Our Moment Passed?

I wonder if anyone reading this was as excited as I was over the past year-and-a-half or so, as we all witnessed what appeared to be a historical social opening for.... something? For the first time in my lifetime, it truly felt like something real might finally change. All across the country, hundreds of thousands of people protested, even "rioted," demanding the once-impossible dreams of police defunding and prison abolition. Even more, if you sniffed really carefully, there almost seemed to be something in the air that hinted of genuine anarchism. It was more a feeling than a movement per se, perhaps just a broader than usual disillusionment with power and a nascent recognition of the poverty of governance in general, something making it possible to perceive a sort of gripping; a grasping, awkwardly and a bit blindly, like a love-sickened adolescence, for something new, something non-hierarchical, non-authoritarian, non-consumerist... something real, and something finally, finally free.
However... well. it also wasn't so hard to realize, in quieter, less lusty moments, moments when the fever of ecstatic optimism began to break, that all of that truly was a little much to hope for, and so I was willing, along with most everyone else, to content myself with the more grounded hope that while we may not actually be on the cusp of ridding ourselves of our monsters entirely, we might at least be finally ready to begin banishing the nastiest of those bastards' attack dogs. Simply put, I had hope, for once, it even seemed almost realistic. After all, people- "regular" people- were openly criticizing cops and questioning their existence. Budgets were being reviewed and even repealed, stripping cops of the financial fuel they need for their horrific fires that have grown so devastatingly huge, as even suburban soccer moms couldn't completely disregard the inferno anymore. At the same time, jails and poisons themselves were being widely condemned for a change, rather than the victims caged and suffering inside them.
No question, things were looking brighter for humanity for a moment- even a rather long moment. But, am I wrong now to think that the winds seems to have shifted, that the tides have changed? Just 8 or 10 months ago, all the chatter in Congress seemed focused on justice and the reimagining of public safety, but today, there's nothing. Not a peep. Proposed cop-reduction legislation is dying silently, like wilted old flowers from last week's celebration. Instead of "Defund the Police," the vast majority of homemade signs I see on t.v. now say things like "Support the Police" or "Hug a Cop." Now, tiny and scattered increases in "crime" (or larger increases in very rare crime, like murder) spur melodramatic political theatre as the opportunistic sociopaths bleat ceaselessly about their imaginary "crime waves" or "crime pandemics," always painted (naturally) as the inevitable consequence of supposedly foolish Floyd-era criticism of the social control status quo. Politicians again feed empowered- or worse, obligated- to stand on creaky old platforms constructed of moral-panic policies... counter-revolution/backlash is always dangerous and tragic, but it cannot be too surprising to anyone, as it's no great secret that crime, of course, DOES pay; just not in the way political classes self-servingly dissimulate. Prisons and jails everywhere are already filling up again, but it was never hard to foresee that a power-hoarding formula as successful as "crime control" would certainly make a smashing, catastrophic comeback if it were given half a chance. What I'm thinking, no, fearing, is... have we given it that chance, and given up ours? Has our moment passed?
(*As I write this, I'm hearing one bit of encouraging news. Hopefully I'm not misunderstanding, but... are votes in Milwaukee about to decide whether or not to completely disband their police department? Does anyone know anything about this? Can it be? Please fill me in! Maybe the fight for human decency isn't totally lost yet, after all. Should I dare to hope?*)

Mail gets to me slowly, please be patient.
I will reply!

You’re right….this past year and a half has really been huge wakeup call for our country.
Everything that you wrote really gave us an essence of what is going on in today's world. I too have hope for the future of our country.