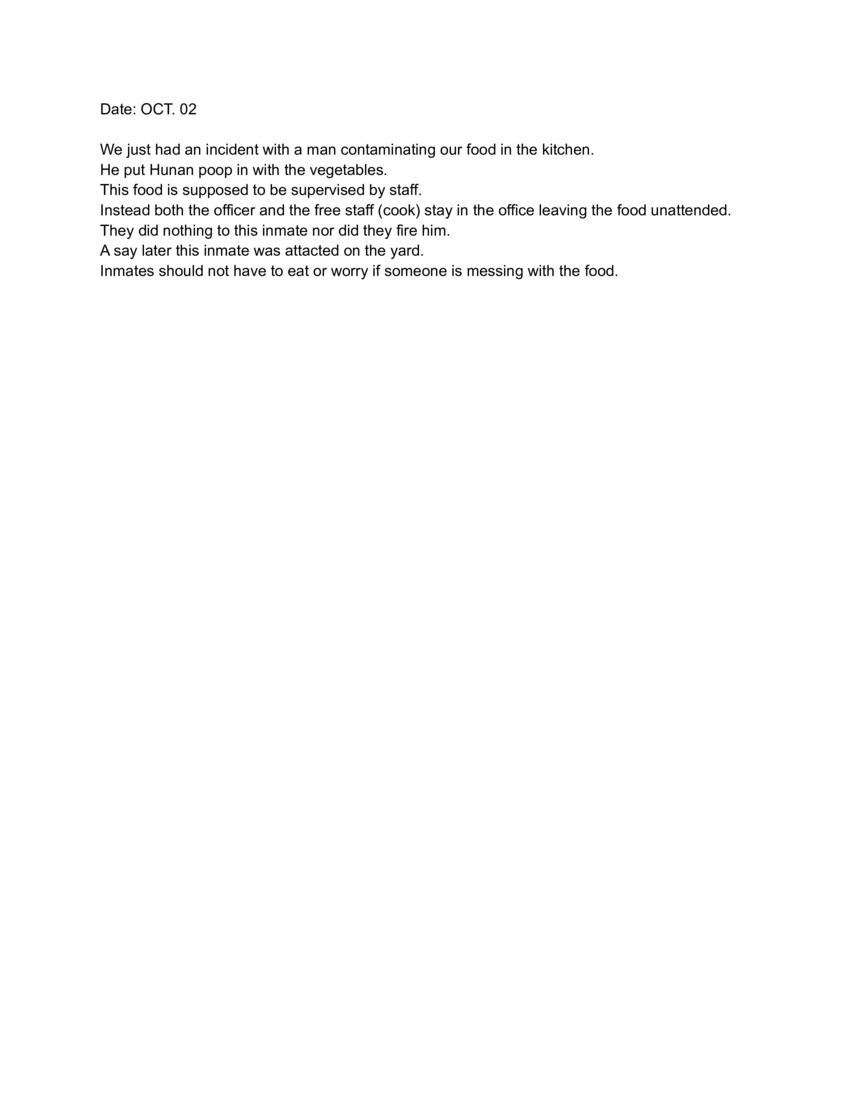 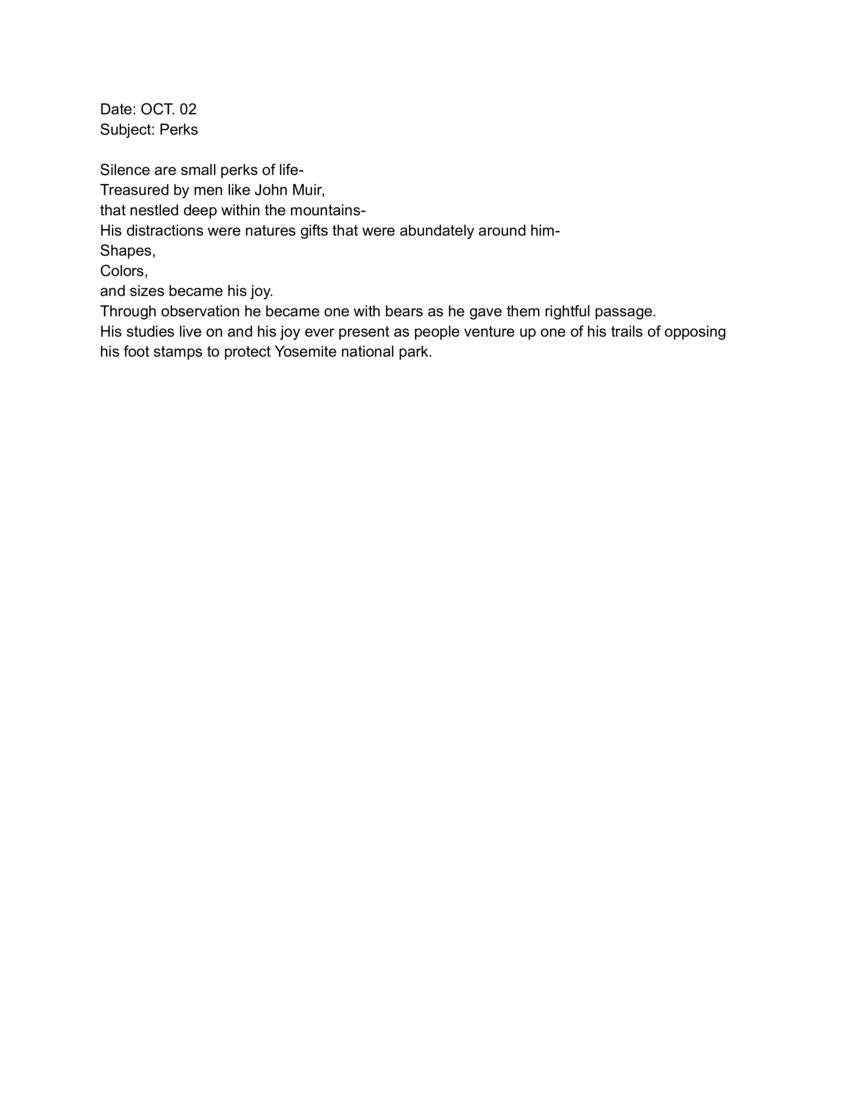 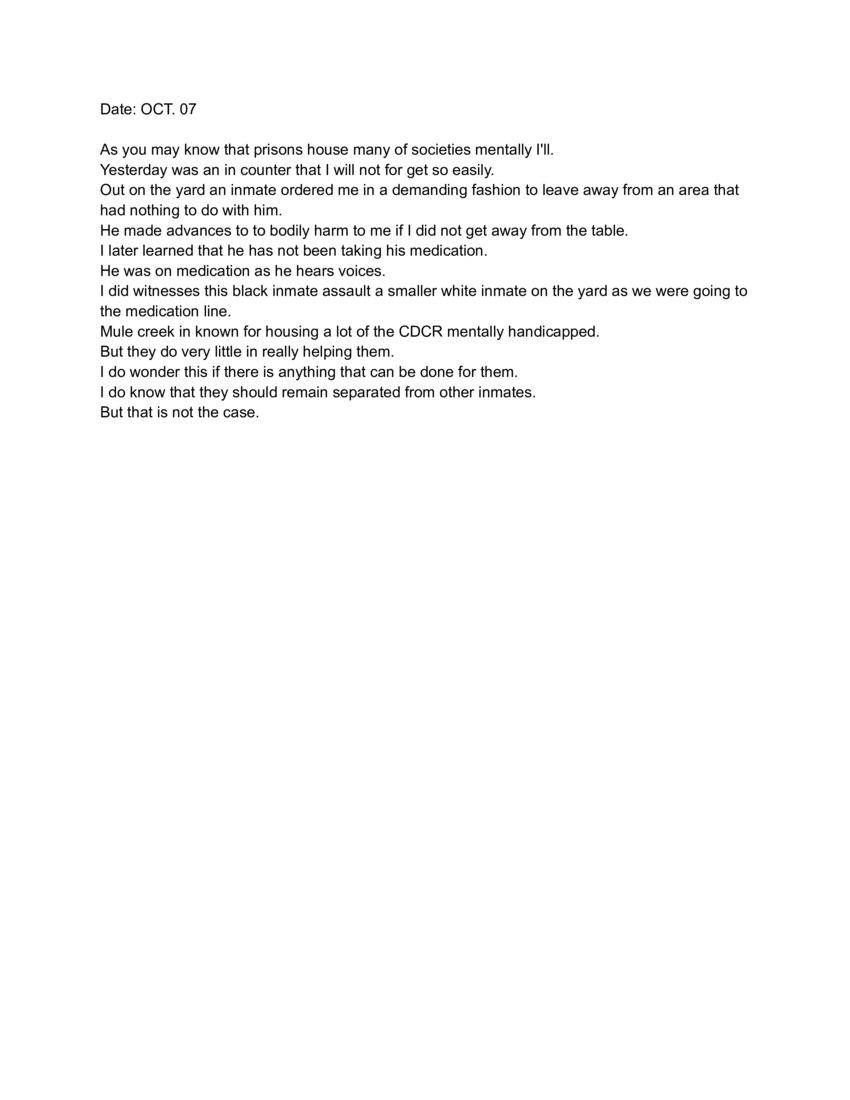 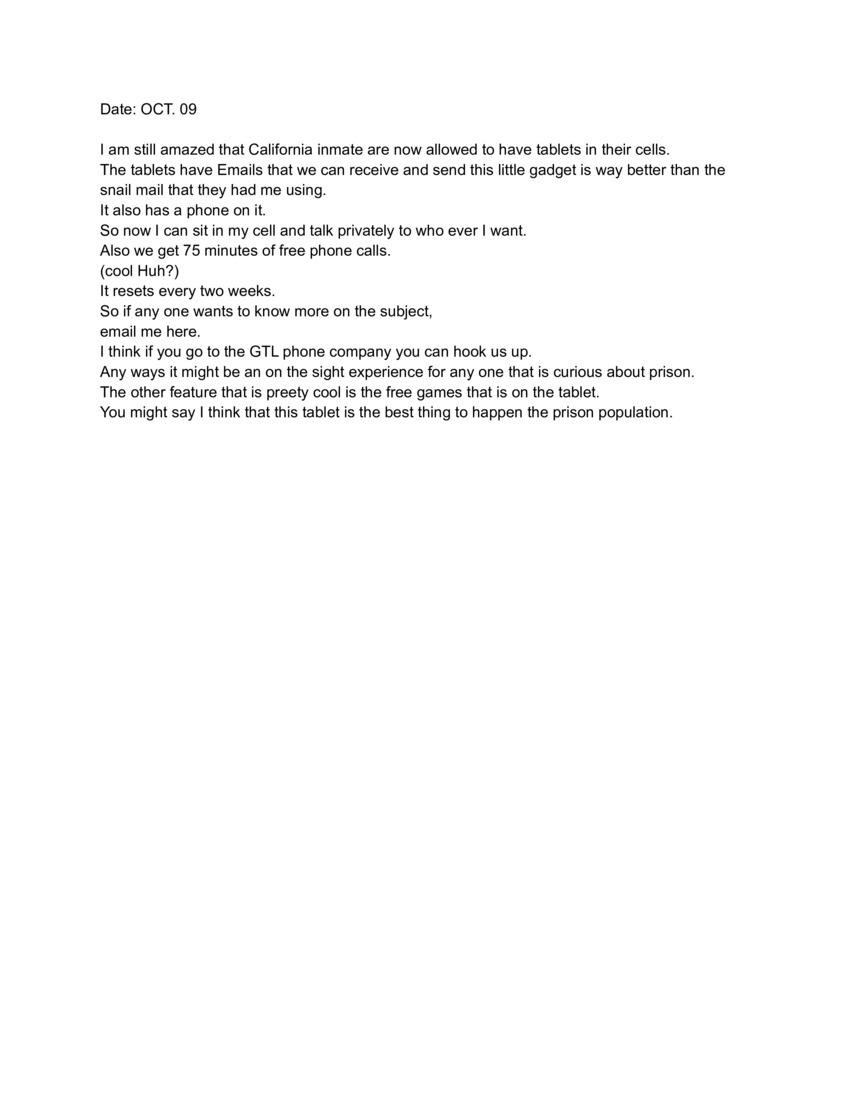 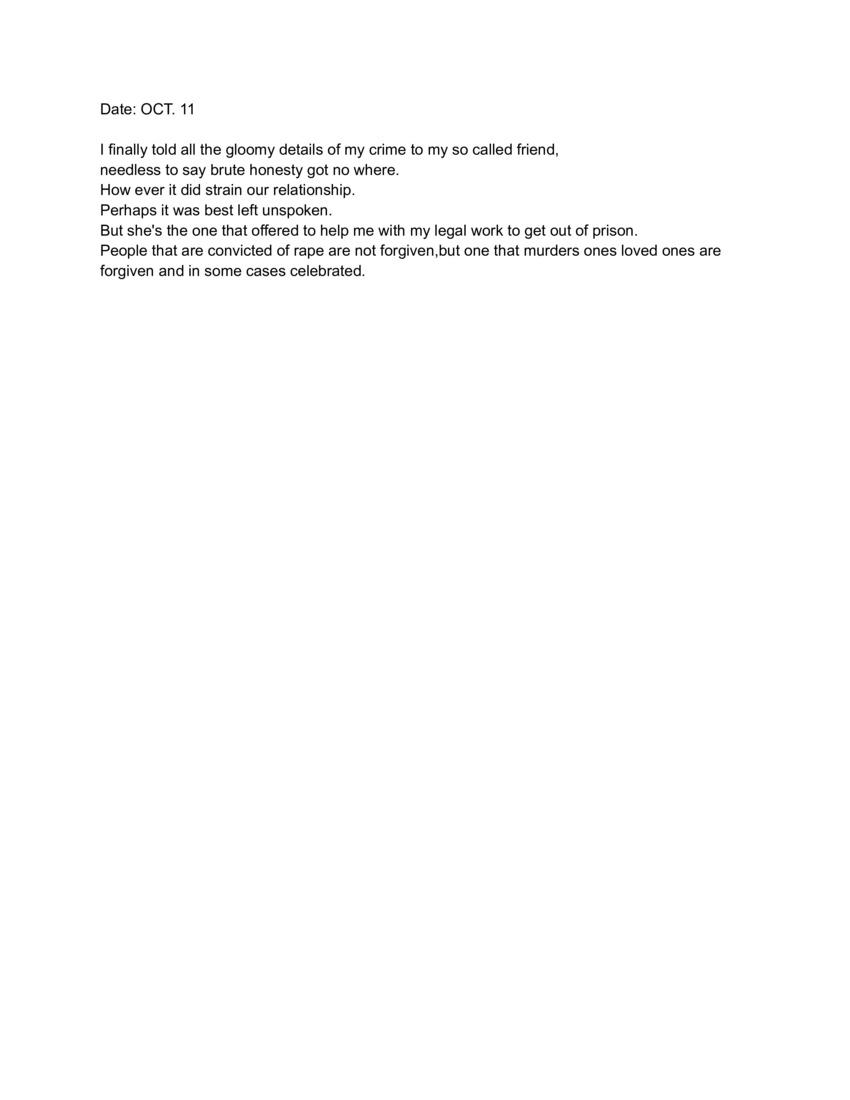 We just had an incident with a man contaminating our food in the kitchen.
He put Human poop in with the vegetables.
This food is supposed to be supervised by staff.
Instead both the officer and the free staff (cook) stay in the office leaving the food unattended.
They did nothing to this inmate nor did they fire him.
A day later this inmate was attacked on the yard.
Inmates should not have to eat or worry if someone is messing with the food.

Silence are small perks of life-
Treasured by men like John Muir,
that nestled deep within the mountains-
His distractions were natures gifts that were abundantly around him-
Shapes,
Colors,
and sizes became his joy.
Through observation he became one with bears as he gave them rightful passage.
His studies live on and his joy ever present as people venture up one of his trails of opposing his foot stamps to protect Yosemite national park.

As you may know that prisons house many of societies mentally ill.
Yesterday was an encounter that I will not forget so easily.
Out on the yard an inmate ordered me in in a demanding fashion to leave away from an area that had nothing to do with him.
He made advances to to bodily harm to me if I did not get away from the table.
I later learned that he has not been taking his medication.
He was on medication as he hears voices.
I did witnesses this black inmate assault a smaller white inmate on the yard as we were going to the medication line.
Mule creek in known for housing a lot of the CDCR mentally handicapped.
But they do very little in really helping them.
I do wonder this if there is anything that can be done for them.
I do know that they should remain separated from other inmates.
But this is not the case.

I am still amazed that California inmate are now allowed to have tablets in their cells.
They tablets have Emails that we can receive and send this little gadget is way better than the snail mail that they had me using.
It also has a phone on it.
So now I can sit in my cell and talk privately to who ever I want.
Also we get 75 minutes of free phone calls.
(cool Huh?)
It resets every two weeks.
So if any one wants to know more on the subject,
email me here.
I think if you go to the GTL phone company you can hook us up.
Any ways it might be an on the sight experience for any one that is curious about prison.
The other feature that is preety cool is the free games that is on the tablet.
You might say I think that this tablet is the best thing to happen the prison population.

I finally told all the gloomy details of my crime to my so called friend,
needless to say brute honesty got no where.
how ever it did strain our relationship.
Perhaps it was best left unspoken.
But she's the one that offered to help me with my legal work to get out of prison.
People that are convicted of rape are not forgiven, but one that murders ones loved ones are forgiven and in some cases celebrated.