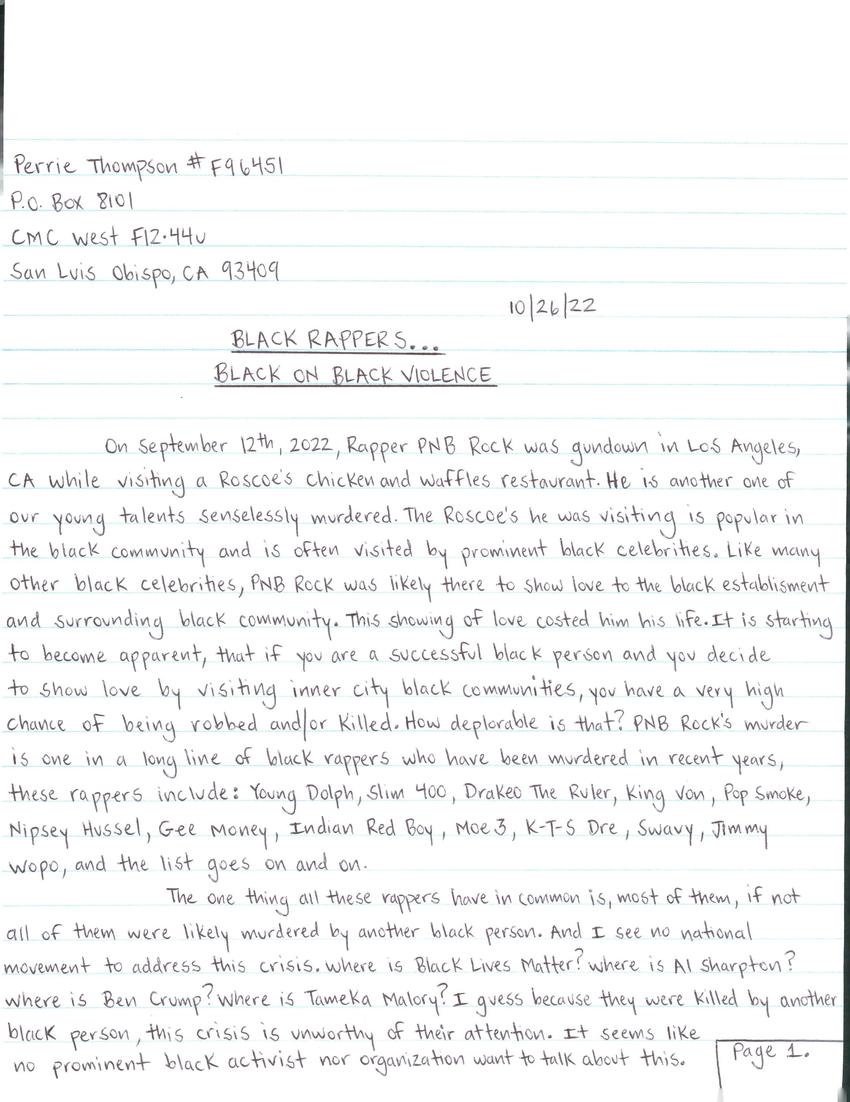 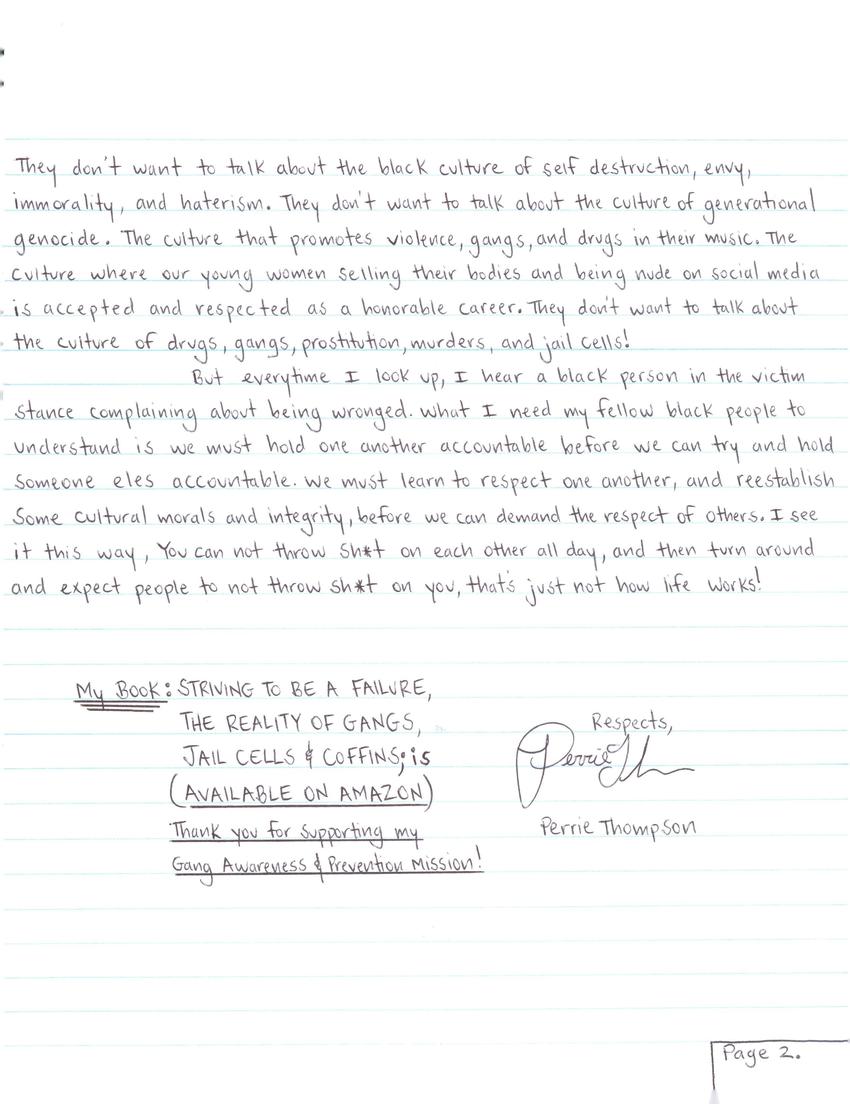 On September 12th, 2022, Rapper PNB Rock was gundown in Los Angeles, CA while visiting a Roscoe's chicken and waffles restaurant. He is another one of our young talents senselessly murdered. The Roscoe's he was visiting is popular in the black community and is often visited by prominent black celebrities. Like many other black celebrities, PNB Rock was likely there to show love to the black establishment and surrounding black community. This showing of love costed him his life. It is starting to become apparent, that if you are a successful black person and you decide to show love by visiting inner city black communities, you have a very high chance of being robbed and/or killed. How deplorable is that? PNB Rock's murder is one in a long line of black rappers who have been murdered in recent years, these rappers include: Young Dolph, Slim 400, Drakeo The Ruler, King Von, Pop Smoke, Nipsey Hussel, Gee Money, Indian Red Boy, Moe3, K-T-S Dre, Swavy, Jimmy Wopo, and the list goes on and on.

The one thing all these rappers have in common is, most of them, if not all of them were likely murdered by another black person. And I see no national movement to address the crisis. Where is Black Lives Matter? Where is Al Sharpton? Where is Ben Crump? Where is Tameka Malory? I guess because they were killed by another black person, this crisis is unworthy of their attention. It seems like no prominent black activist nor organization want to talk about this.

But everytime I look up, I hear a black person in the victim stance complaining about being wronged. What I need my fellow black people to understand is we must hold one another accountable before we can try and hold someone else accountable. We must learn to respect one another, and reestablish some cultural morals and integrity, before we can demand the respect of others. I see it this way, you can not throw sh*t on each other all day, and then turn around and expect people to not throw sh*t on you, that's just not how life works!

My Book: STRIVING TO BE A FAILURE, THE REALITY OF GANGS, JAIL CELLS & COFFINS; is (AVAILABLE ON AMAZON)

Thank you for supporting my Gang Awwareness & Prevention Mission!