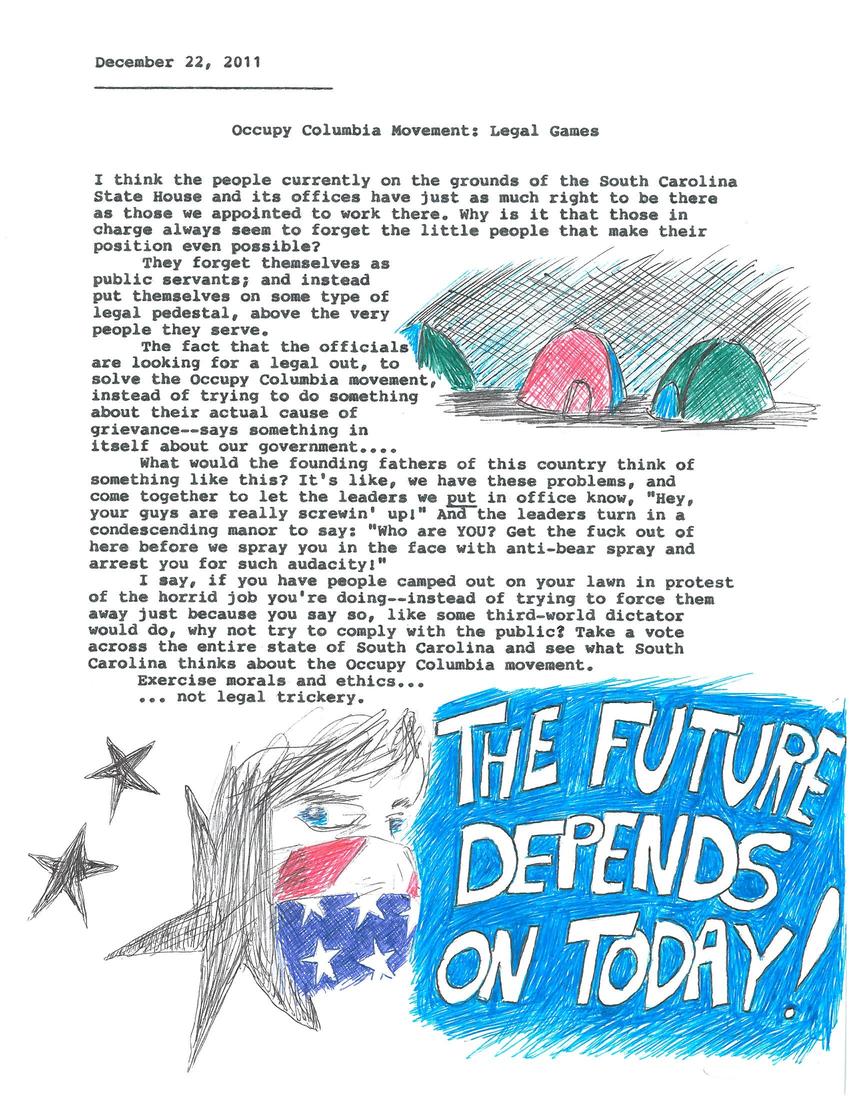 I think the people currently on the grounds of the South Carolina State House and its offices have just as much right to be there as those we appointed to work there. Why is it that those in charge always seem to forget the little people that make their position even possible? [Drawing to right of tents from an Occupy encampment]
They forget themselves as public servants; and instead put themselves on some type of legal pedestal, above the very people they serve.
The fact that the officials are looking for a legal out, to solve the Occupy Columbia movement, instead of trying to do something about their actual cause of grievance--says something in itself about our government....
What would the founding fathers of this country think of something like this? It's like, we have these problems, and come thogether to let the leaders we put["put" is underlined] in office know, "Hey, you guys are really screwin' up!" And the leaders turn in a condescending manor to say: "Who are YOU? Get the fuck out of here before we spray you in the face with anti-bear spray and arrest you for such audacity!"
I say, if you have people camped out on your lawn in protest of the horrid job you're doing--instead of trying to force them away just because you say so, like some third-world dictator would do, why not try to comply with the public? Take a vote across the entire state of South Carolina and see what South Carolina thinks about the Occupy Columbia movement.
Exercise morals and ethics...
... not legal trickery.
[drawing below of a woman(?) with an American flag covering the nose and mouth and the phrase "The future depends on today!"]