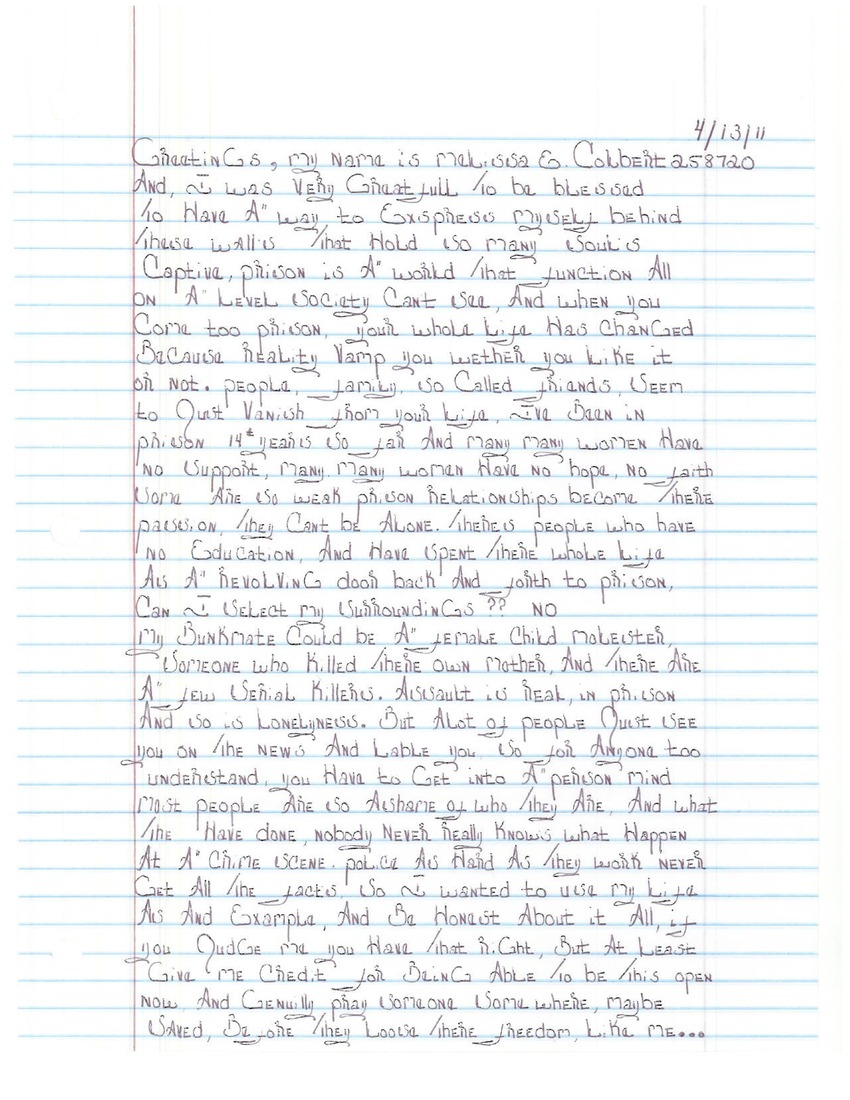 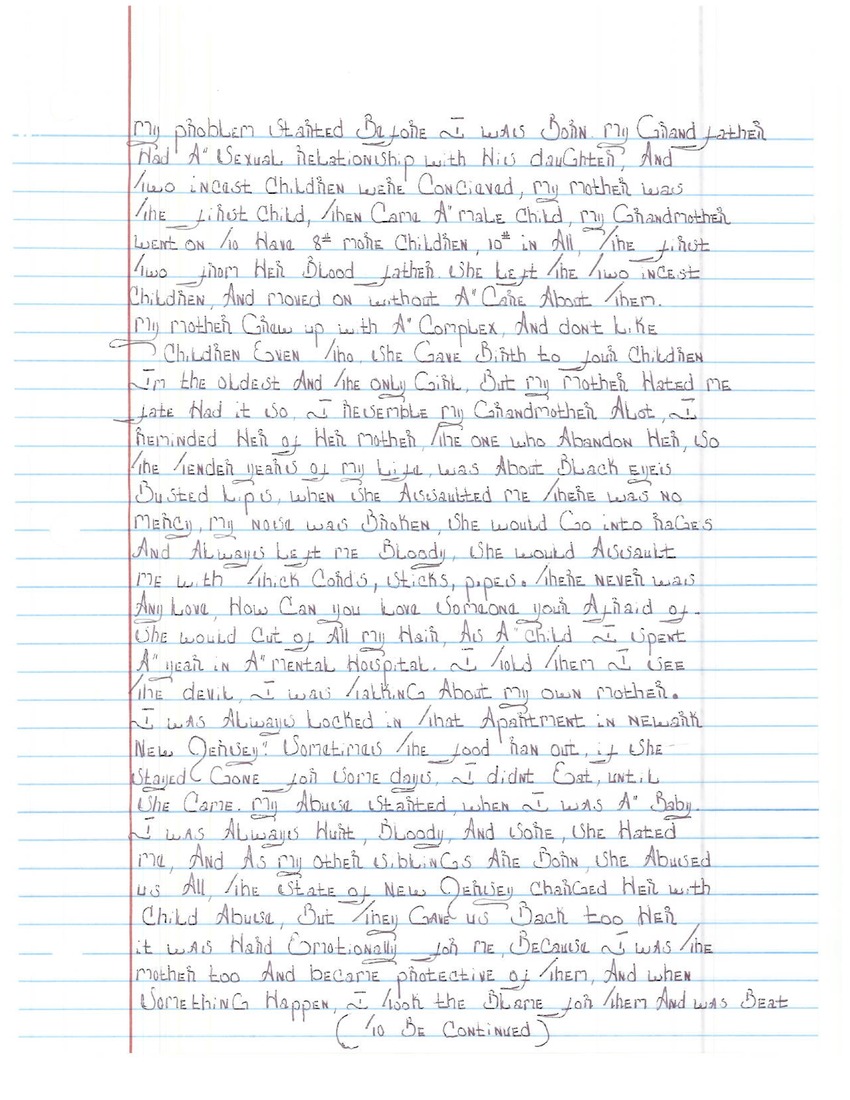 Greetings, my name is Melissa E. Colbert 258720 and, I was very grateful to be blessed to have a way to express myself behind these walls that hold so many souls. Captive prison is a world that functions all on a level that society can't see, and when you come to prison, your whole life has changed because reality vamps you whether you like it or not. People, family, so called friends, seem must vanish from your life. I've been in prison 14 years so far, and many many women have no support, many many women have no hope, no faith, some are so weak that prison relationships become their passion, they can't be alone. There are people who have no education and have spent their whole life as a revolving door back and forth to prison, can I select my surroundings?? NO
My bunkmate could be a female child molester, someone who killed her own mother, and there are a few of serial killers. Assault is real in prison and so is loneliness. But a lot of people must have seen you on the news and labels you, so for anyone to understand, you have to get into a person's mind. Most people are so ashamed of who they are, and of what they have done, nobody really knows what happened at a crime scene. Police as hard as it works, never gets all the facts, so I wanted to use my life as an example, and be honest about it. All, if you judge me, you have that right, but at least give me credit for being able to be this open now, and genuinely pray someone somewhere, maybe save them, before they loose their freedom, like me...
My problem started before I was born. My grandfather had a sexual relationship with his daughter, and two incest children were conceived, my mother was the first child, then a male child. My grandmother went on to have 8 more children, 10 in all, the first two from her blood father. She left the two incest children, and moved on without a care about them.
My mother grew up with a complex and doesn't like children, even though, she gave birth to four children.
I'm the oldest and the only girl, but my mother hated me, faith had it, so, I resemble my grandmother a lot. I reminded her of her mother, the one who abandoned her, so the tender years of my life were about black eyes and busted lips. When she assaulted me, there was no mercy, my nose was broken, she could go into rages and always left me bloody, she would assault me with thick cords, sticks, pipes. There was never any love, how can you love someone you're afraid of?
She could cut of all my hair, as child I spent a year in mental hospital. I told them I see the devil, I was talking about my mother. I was always locked in that apartment in Newark, New Jersey. Sometimes the food ran out, if she stayed gone for some days, I didn't eat, until she came. My abuse started when I was a baby. I was always hurt, bloody and sometimes she hated me. As my other siblings were born, she abused us all. The State of New Jersey charged her with child abuse, but they gave us back to her. It was hard emotionally for me, because I was the mother too and I became protective of them, and when something happened, I took the blame for them and was beaten
(to be continued)