Of Gender and Justice 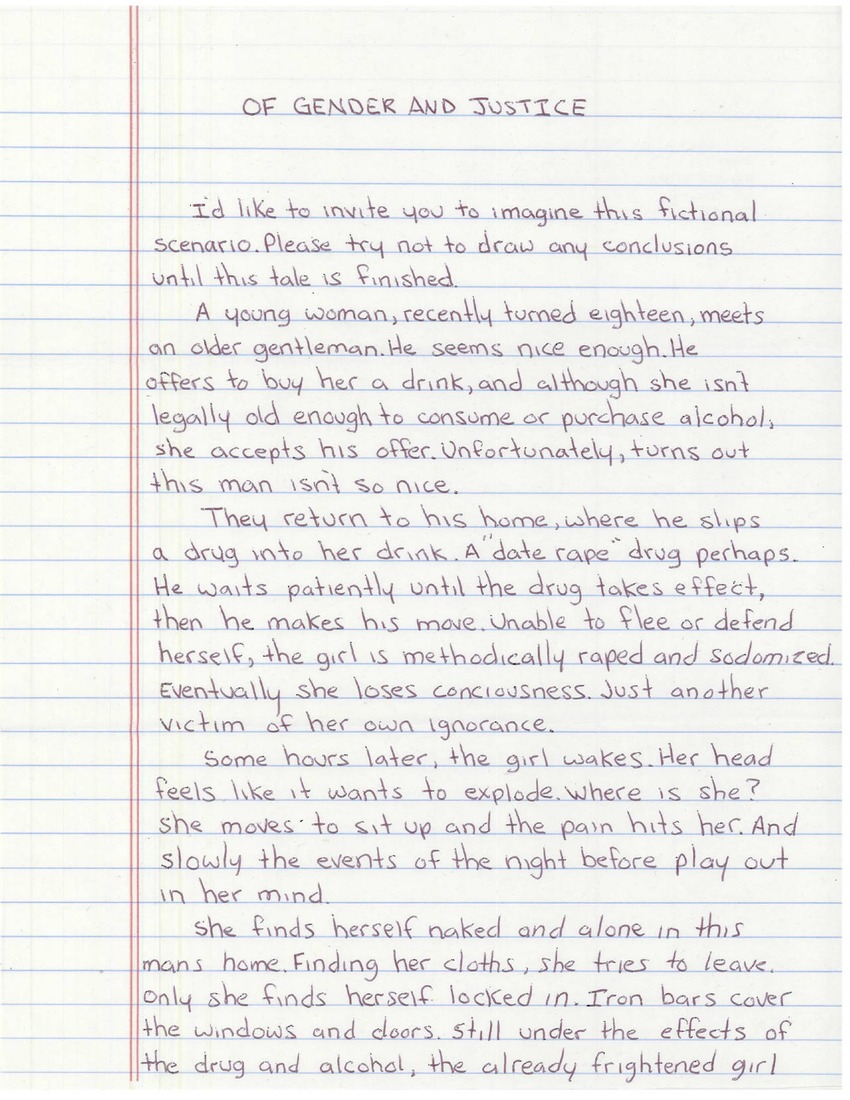 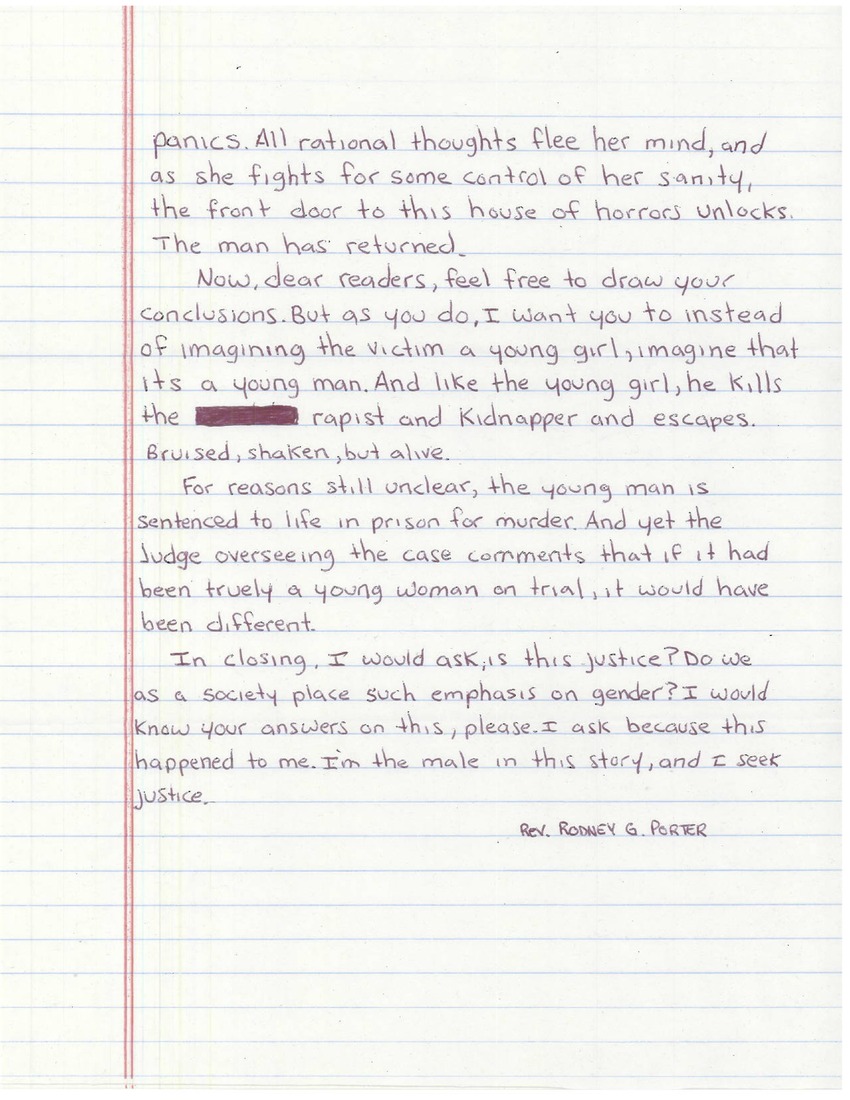 Of Gender and Justice
I'd like you to imagine this fictional scenario. Please try not to draw any conclusions until this tale is finished.

A young woman, recently turned eighteen, meets and older gentle man. He seems nice enough. He offers to buy her a drink, and although she isn't legally old enough to consume or purchase alcohol, she accepts his offer. Unfortunately, turns out this man isn't so nice.

They return to his home where he slips a drug into her drink. A "date rape" drug perhaps. He waits patiently until the drug takes effect, then he makes his move. Unable to flee or defend herself, the girl is methodically raped and sodomized. Eventually she loses conciousness. Just another victim of her own ignorane.

Some hours later, the girl wakes. Her head feels like it wants to explode. Where is she? She move to sit up and the pain hits her. And slowly the events of the night before play out in her mind.

She finds herself naked and alone in this man's home. Finding her cloths, she tries to leave only she finds herself locked in. Iron bars cover the windows and doors. Still under the effects of the drug and alcohol, the already frightened girl panics. All rational thoughts flee her mid, and as she fights for some control of her sanity, the front door to this house of horrors unlocks. The man has returned.

Now, dear readers, feel free to draw your conclusions. But as you do, I want you to instead of imagining the victim a young girl, imagine that its a young man. And like the young girl, he kills the rapist and kidnapper and escapes. Bruised, shaken, but alive.

For reasons still unclear, the young man is sentenced to life in prison for the murder. And the judge overseeing the case comments that if it had been truely a young woman on trial, it would have been different.

In closing, I would ask, is this justice? Do we as a society place such emphasis on gender? I would know your answers on this, please. I ask because this happened to me. I'm the male in this story, and I seek justice.

Hi Rodney, Sorry about your plight.

Is there a reason you couldn't prove self-defense ?
Could you have escaped without killing the Man ?
Just wondering why you were charged with his murder ..
Could you elaborate a little more about your case ?