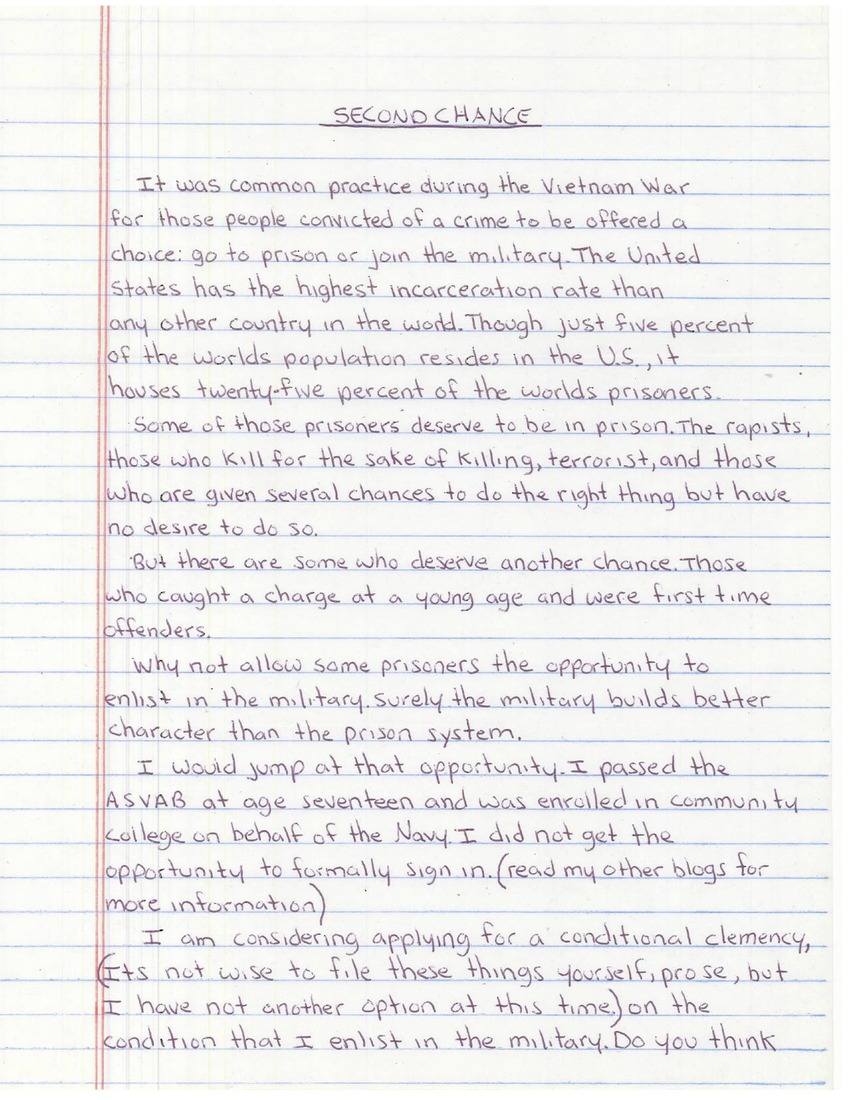 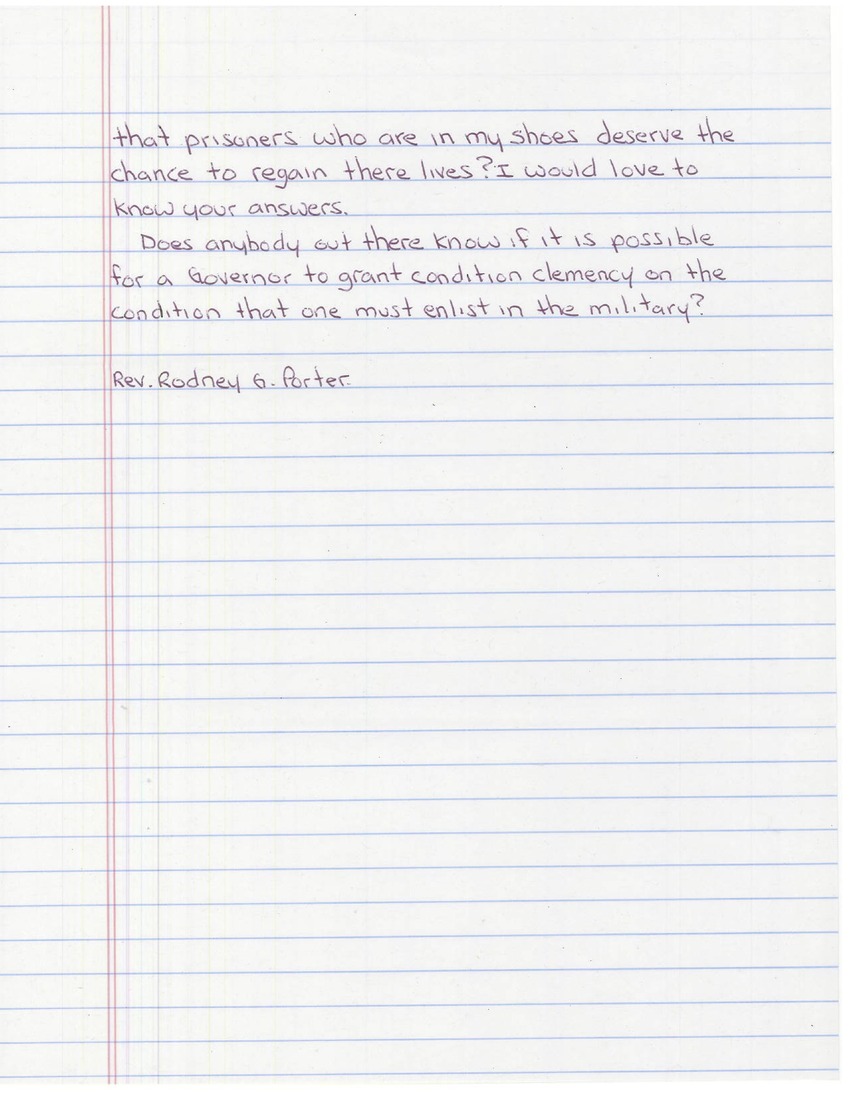 Some of those prisoners deserve to be in prison. The rapists, those who killed for the sake of killing, terrorists, and those who are given several chance to do the right thing but have no desire to do so.

But there are some who deserve another chance. Those who caught a charge at a young age and were first time offenders. Why not allow some prisoners the opportunity to enlist in the military? Surely, the military builds better character than the prison system.

I would jump at that opportunity. I passed the ASVAB at age seventeen and was enrolled in community college on behalf of the Navy. I did not get the opportunity to formally sign in (read my other blogs for more information).

I am considering applying for a conditional clemency (it's not wise to file those things yourself, prose, but I have no other option at this time) on condition that I enlist in the military. Do you think that prisoners who are in my shoes deserve the chance to regain their lives? I would love to know your answers.

Does anybody out there know if it is possible for a governor to grant conditional clemency on the condition that one must enlist in the military?