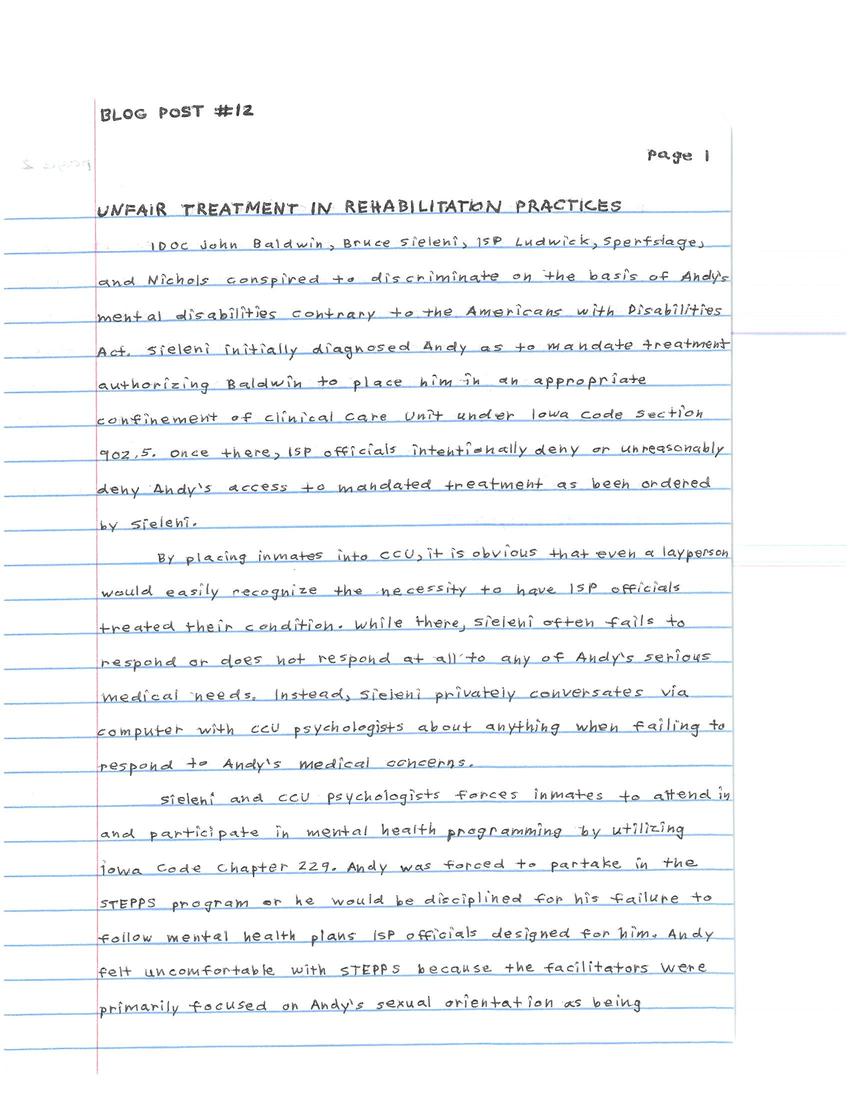 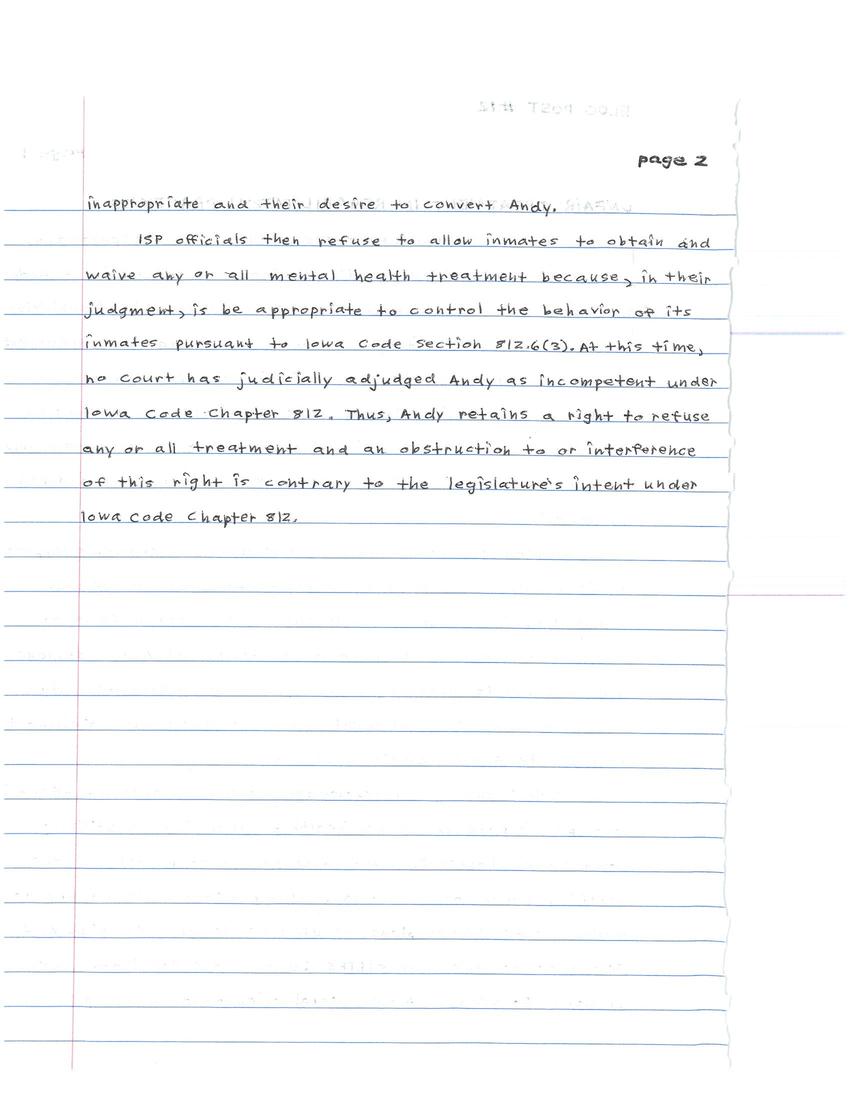 UNFAIR TREATMENT IN REHABILITATION PRACTICES
______________________________________________
IDOC John Baldwin, Bruce Sieleni, ISP Ludwick, Sperfslage and Nichols conspired to discriminate on the basis of Andy's mental disabilities, contrary to the Americans with Disabilities Act. Sieleni initially diagnosed Andy as to mandate treatment authorizing Baldwin to place him in an appropriate confinement of clinical care unit under Iowa code section 902.5. Once there, ISP officials intentionally deny, or unreasonably deny Andy's access to mandated treatment as [had] been ordered by Sieleni.

By placing inmates into CCU, it is obvious that even a layperson would easily recognize the necessity to have ISP officials treat their condition. While there, Sieleni often fails to respond or does not respond at all to any of Andy's serious medical needs. Instead, Sieleni privately conversates via computer with CCU psychologists about anything when failing to respond to Andy's medical concerns.

Sieleni and CCU psychologists force inmates to attend in and participate in mental health programming by utilizing Iowa code chapter 229. Andy was forced to partake in the STEPPS program or he would be disciplined for his failure to follow mental health plans ISP officials designed for him. Andy felt uncomfortable with STEPPS because the facilitators were primarily focused on Andy's sexual orientation as being inappropriate and their desire to convert Andy.

ISP officials then refuse to allow inmates to obtain and waive any or all mental health treatment because, in their judgment, it's appropriate to control the behavior of its inmates pursuant to Iowa code section 812.6(3). At this time, no court has judicially adjudges Andy as incompetent under Iowa code chapter 812. Thus, Andy retains a right to refuse any or all treatment and an obstruction to or interference of this right is contrary to the legislature's intent under Iowa code chapter 812.