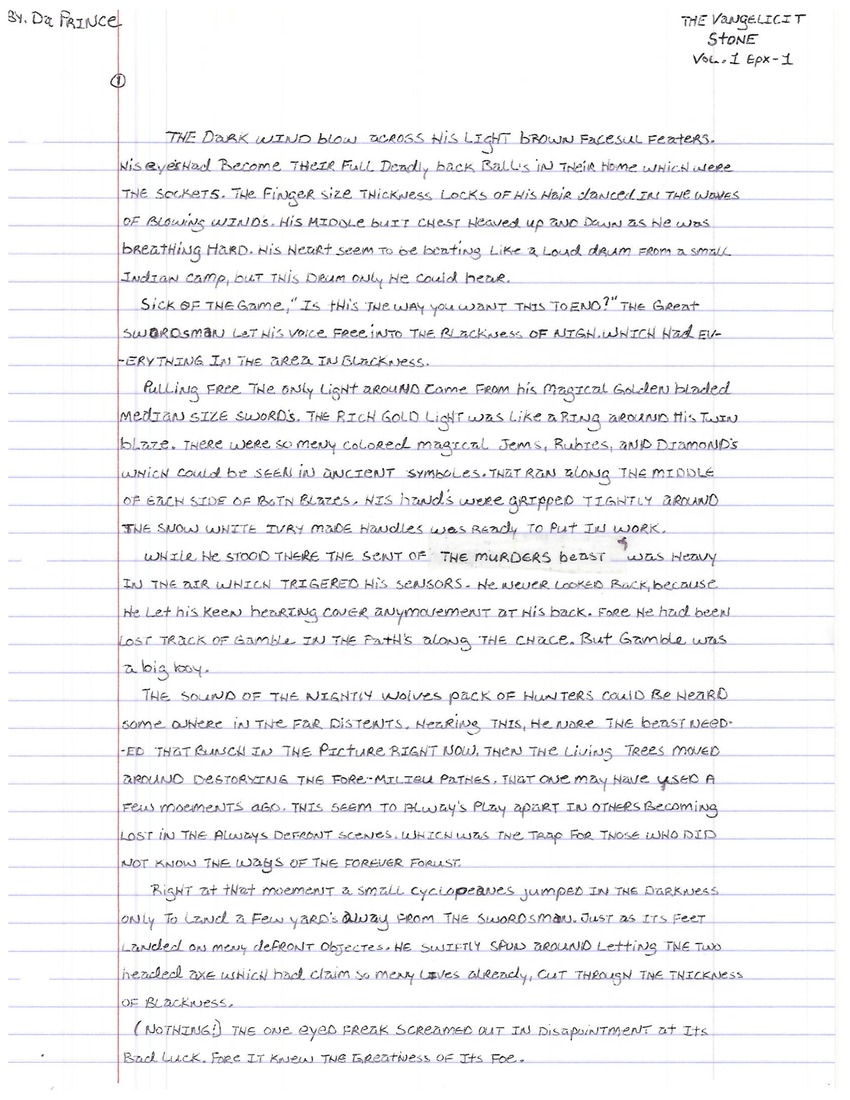 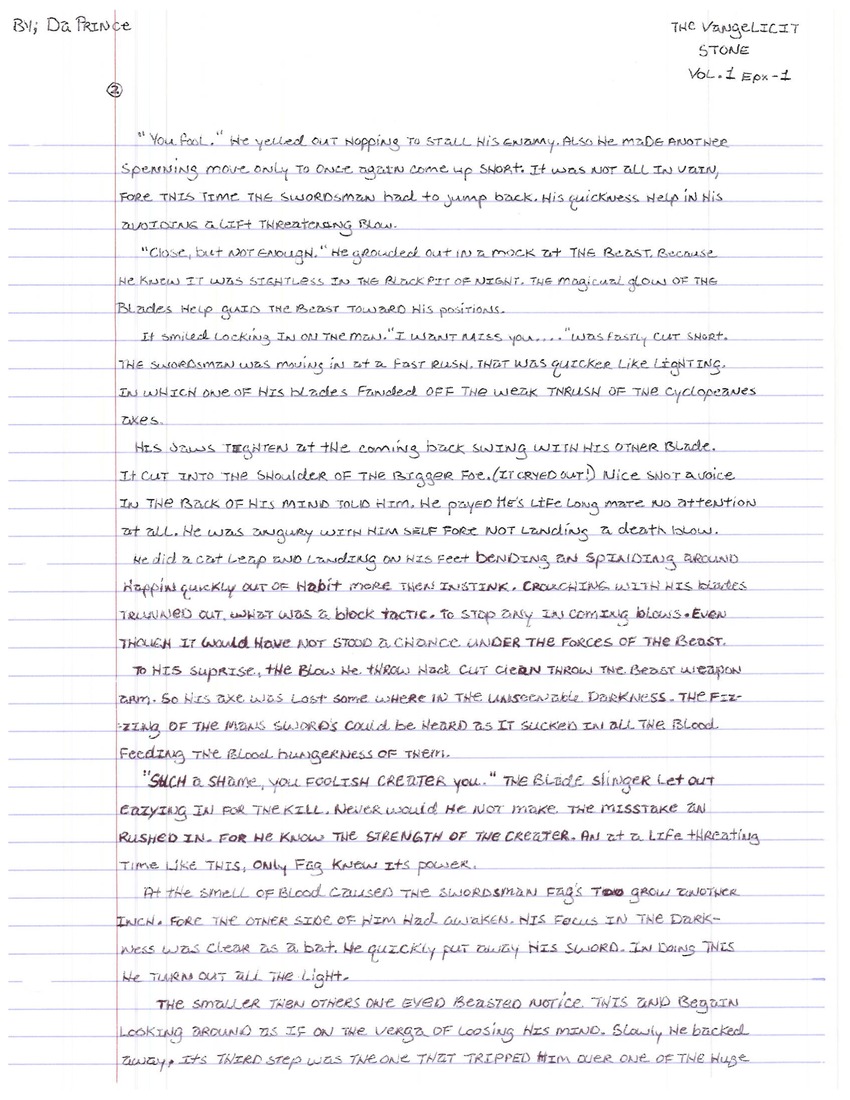 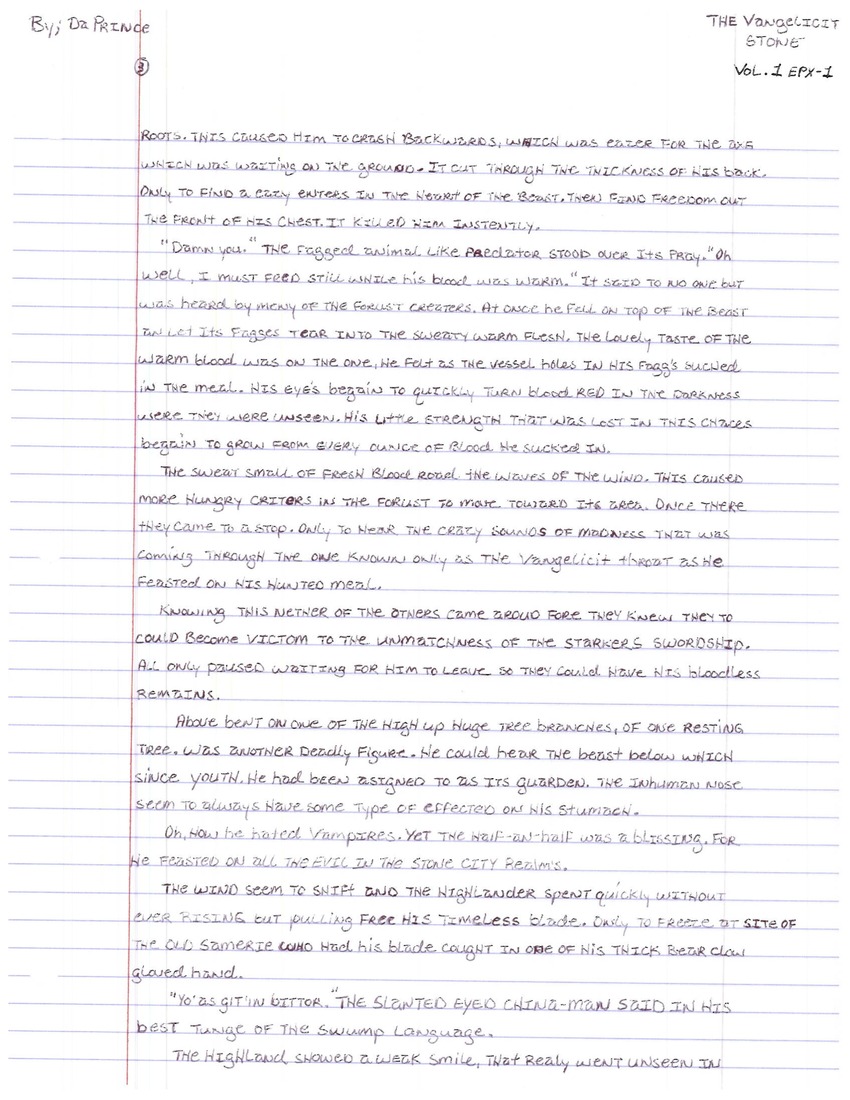 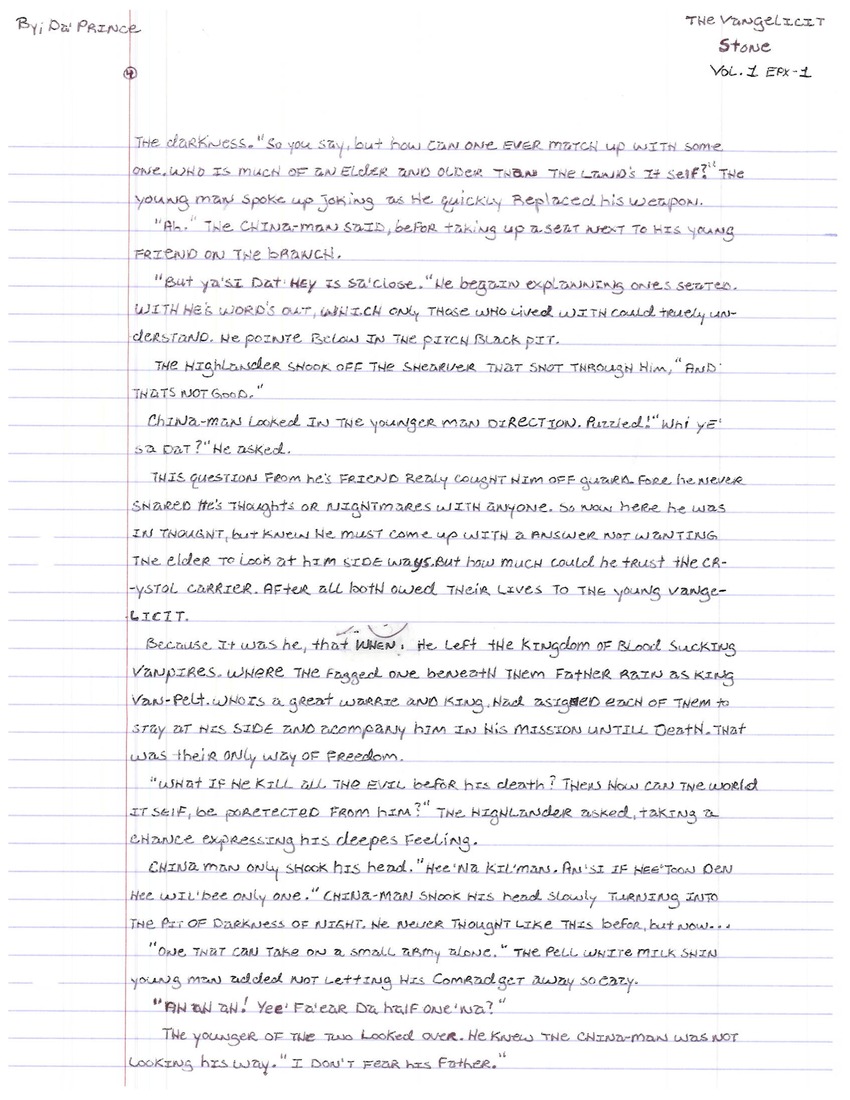 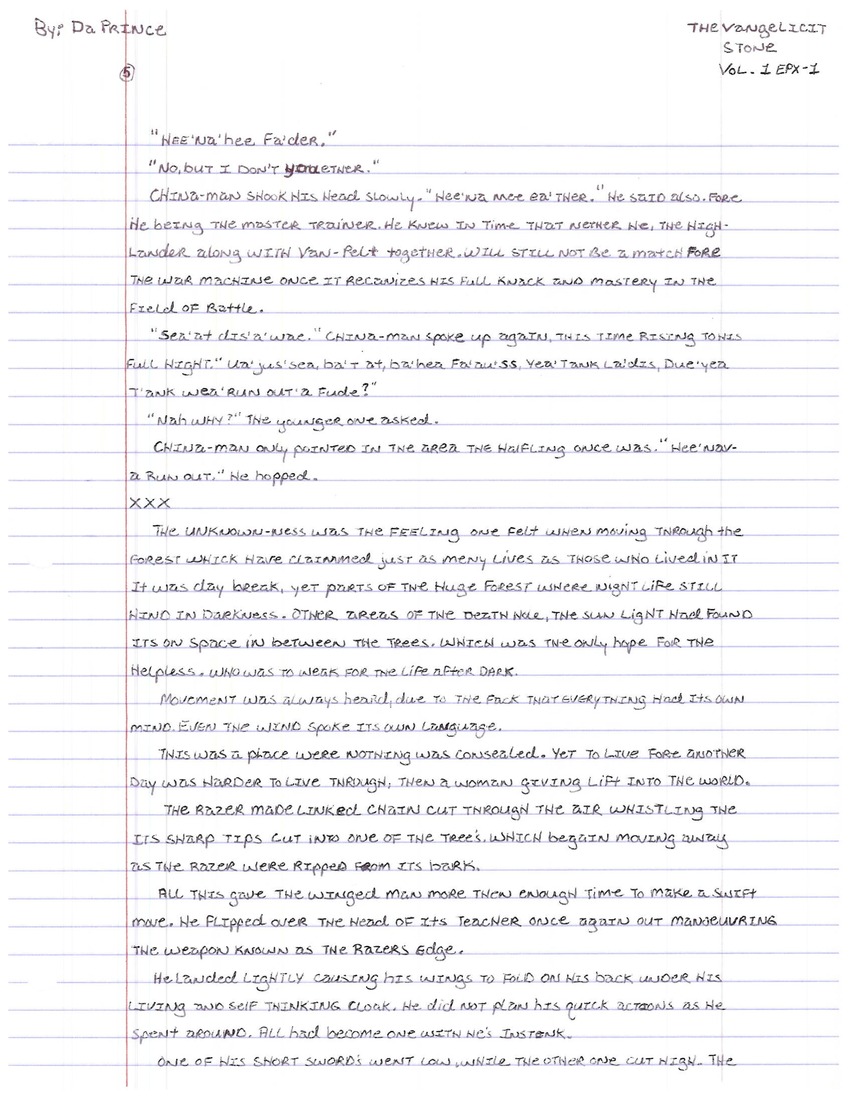 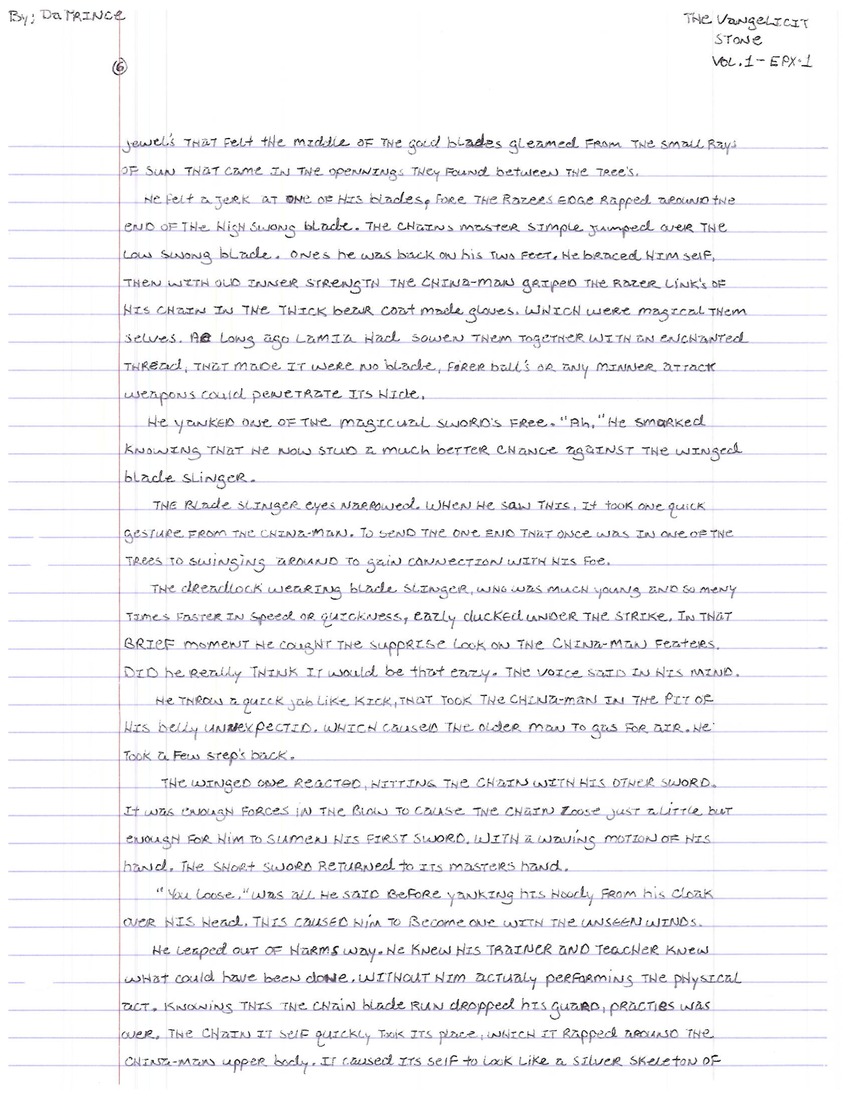 This is Vol. 1 number-1 in the short story fantasy that I have started and it has become a weekly must-read for my inmate fanbase. So now I wish to share this series into the realm of powerful stones as the half-angel and half-vampire known as the Angelicit seek out the power of the kingdom's stones with a vampire stone given to him from an angel sent down from the sky. Will he and his comrades make it, in their journey to save their realm from the split stones that's sucking up the life of the land...

Yeah this Da Prince, stay tuned if you feeling Xerxes because more is on the way and soon drawings of Xerxes and others will also be placed on my blog and also enjoy his afterthoughts which are written by a close poet friend Jack M. Branch, and if you have comments on anything or if you have a fantasy character with me and see if we can give him or it a role in this new up and growing fantasy series if you dare...

Yeah, alone in this walk-in closet of stone, steel, and concrete that has become my one-bedroom home, it's a straight heat box in the SUmmer Then an ice box in the Winter. What gets me is that in the winter everything cold like the slop we must eat, the shower water... then in the summer it's hot in the room, yet they want you class "A". Your food warm and so is your so-called cold drink. And to think I gave up so much to end up in here.
By:
Da Prince