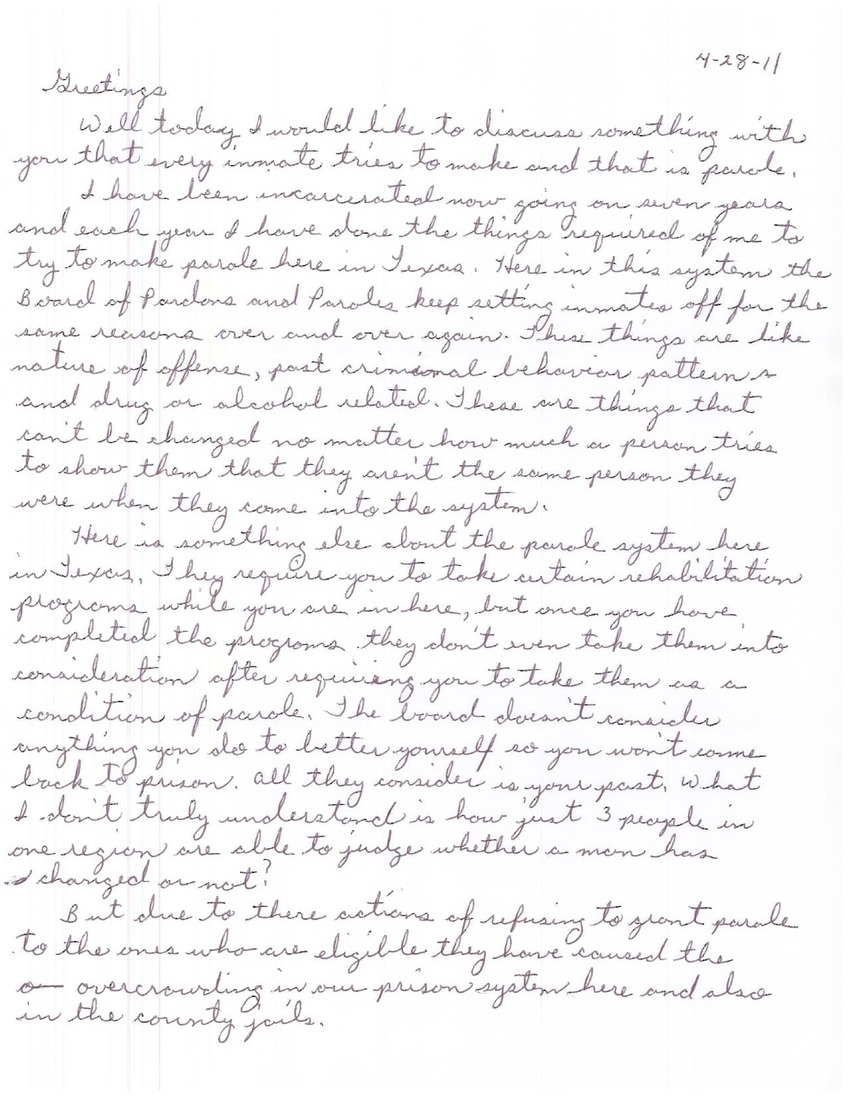 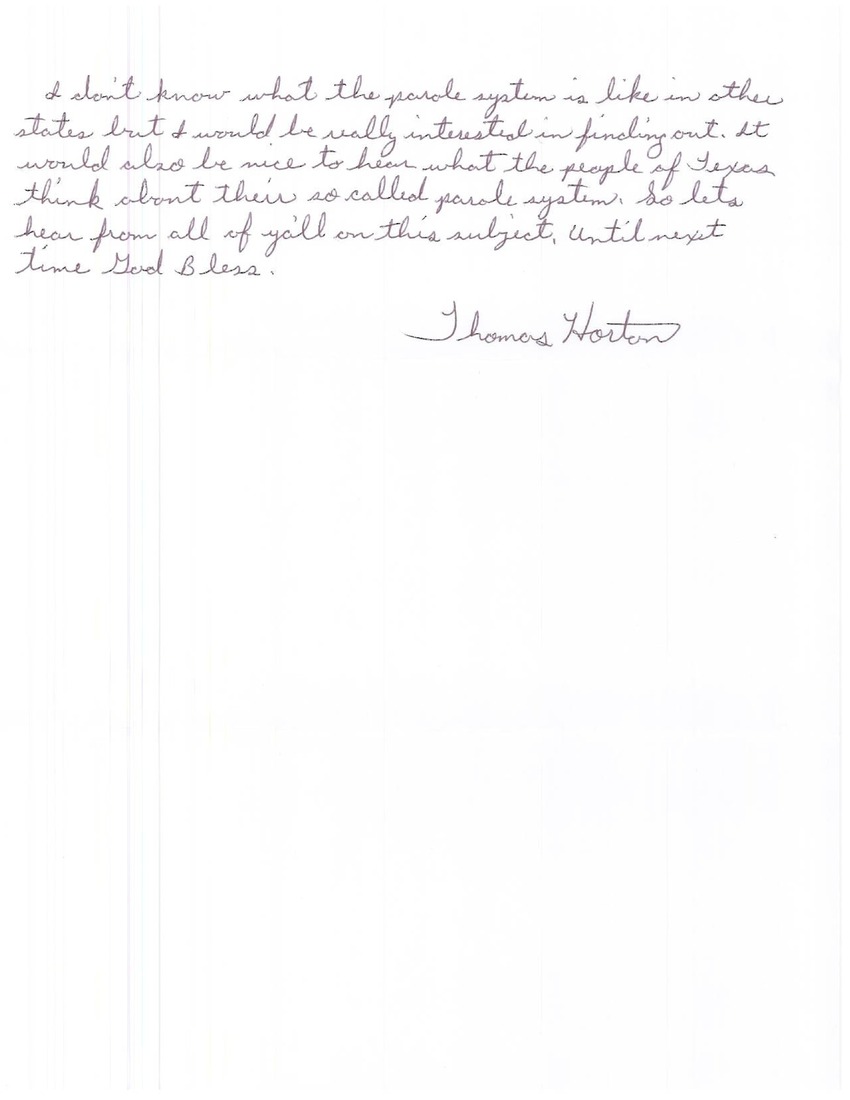 Well, today I would like to discuss something with you that every inmate tries to make, and that is parole.

I have been incarcerated now going on seven years, and each year I have done the things required of me to try to make parole here in Texas. Here in this system, the Board of Pardons and Paroles keep setting inmates off for the same reasons over and over again. These things are like nature of offense, past criminal behavioral patterns, and drugs or alcohol related. These are things that can't be changed no matter how much a person tries to show them that they aren't the same person they were when they come into the system.

Here is something else about the parole system here in Texas. They require you to take certain rehabilitation programs while you are in here, but once you have completed the programs, they don't even take them into consideration after requiring you to take them as conditions for parole. The board doesn't consider anything you do to better yourself so you won't come back to prison. All they consider is your past. What I don't truly understand is how just three people in one region are able to judge whether a man has changed or not?

But due to their actions of refusing to grant parole to the ones who are eligible, they have caused the overcrowding in our prison system here and also in the county jails.

I don't know what the parole system is like in other states, but I would be really interested in finding out. It would also be nice to hear about what the people of Texas think about their so-called parole system. So let's hear from all of y'all on this subject. Until next time, God bless.