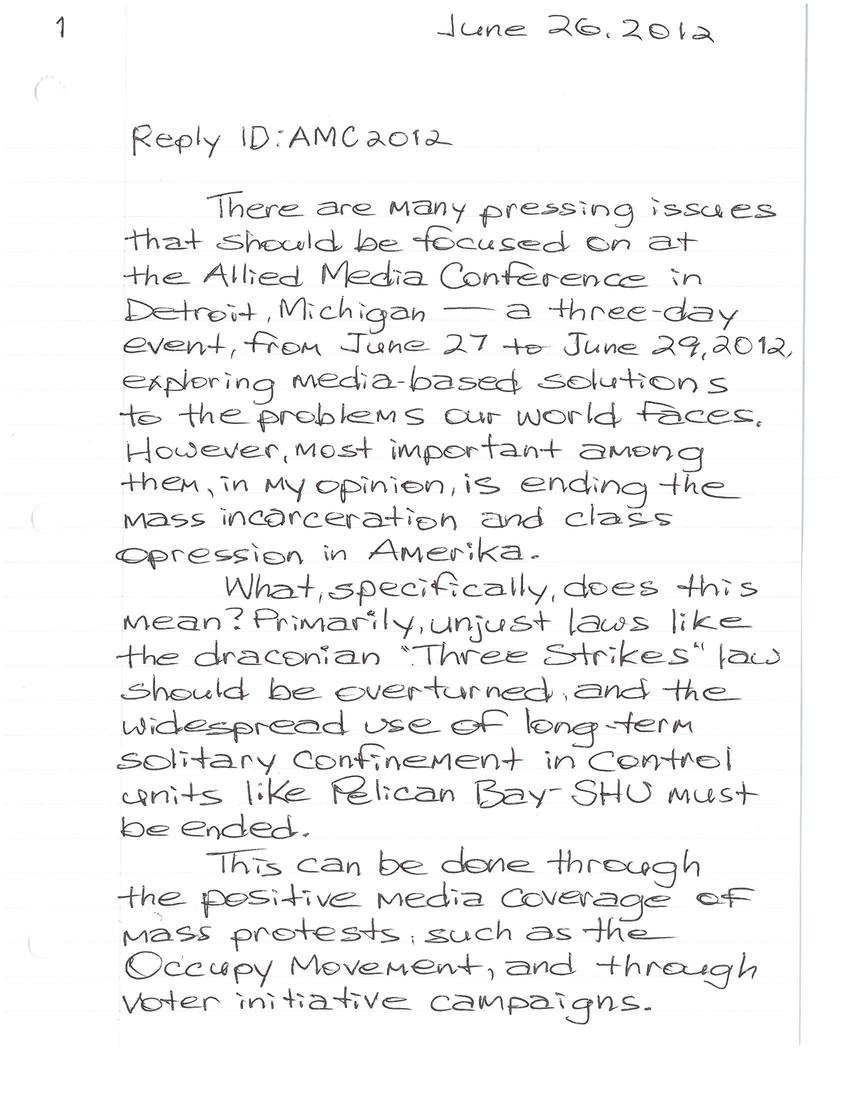 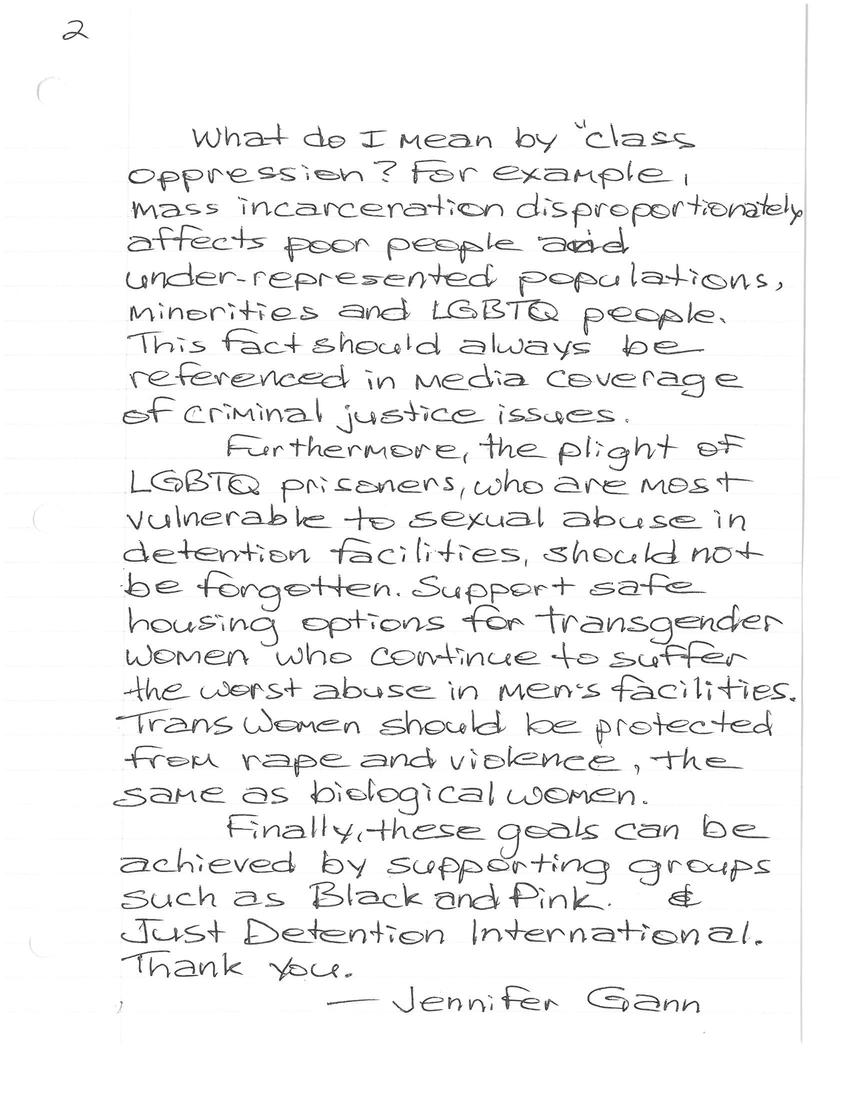 There are many pressing issues that should be focused on at the Allied Media Conference in Detroit, Michigan -- a three-day event, from June 27 to June 29, 2012, exploring media-based solutions to the problems our world faces. However, most important among them, in my opinion, is ending the mass incarceration and class oppression in America.

What, specifically, does this mean? Primarily, unjust laws like the draconian "Three Strikes" law should be overturned and the widespread use of long-term solitary confinement in control units like Pelican Bay-SHU must be ended.

This can be done through the positive media coverage of mass protests, such as the Occupy movement, and through voter initiative campaigns.

What do I mean by "class oppression"? For example, mass incarceration disproportionately affects poor people and under-represented populations, minorities and LGBTQ people. This fact should always be referenced in media coverage of criminal justice issues.

Furthermore, the plight of LGBTQ prisoners, who are most vulnerable to sexual abuse in detention facilities, should not be forgotten. Support safe housing options for transgender women who continue to suffer the worst abuse in men's facilities. Trans women should be protected from rape and violence, the same as biological women.

Finally, these goals can be achieved by supporting groups such as Black and Pink & Just Detention International. Thank you.